dMania is a “9GAG on Steem”. This application uses Steem blockchain and allows users to post memes and some other funny staff. It was introduced in October 2017 by @zombee. Despite the fact that the application is only 3,5 months old it is interesting to look at some results it has reached in 2017. The graph clearly demonstrates the growing interest in the category (posts quantity growing +65% in November and +129% in December).
According to @penguinpablo daily reports (from October to December) usually on average 1 steemit post has more than 2 comments. As we can see posts under dmania category have fewer comments (0.9 per post) - this is the specialty of dMania as an app for mainly posting images and GIFs without any text. That doesn’t provoke any discussion as a rule.

5. Authors with most posts, comments and payouts

5.1 Top authors by number of posts The most productive user is @midobashamido who has created 3635 posts (15% of total number of posts)! His nearest closest pursuer @linuxmom authored “only” 541 posts.
Here is a table with top 10 users by number of posts in dmania category:

Here is a table with top 10 users by summary posts payouts in dmania category:

In that list most users has only 1 post in dmania category. dMania’s founder @zombee is on the 7th place with a nice average payout at $44.99.

5.4 Top authors by number of upvotes

Here is a table with top 10 users by average posts payout per post in dmania category:

5.5 Top authors by comments under their posts

The last one index to explore is: TOP 10 authors by comments under their posts. Here is the table:

It was interesting for me to see what apps do authors use for posting under dmania category. Here is the result of my research:

dMania application is the King with more than 96% posts published using it. Steemit is on the second place with 3,57% share. All other applications have inconspicuous share.

dMania is at the very beginning of its life but already got growing interest by the community. Every months the number of posts/comments and payouts increases. And with the latest news from dMania’s founder @zombee (Steemit Supports dMania with 500k Steem Power) I’m sure that dMania is going to accelerate it’s growth!

Wow, I never thought I was making such great impact here..... I think I have to stay and create a niche here and continue with my one meme a day project.

Thanks for the mention @artz 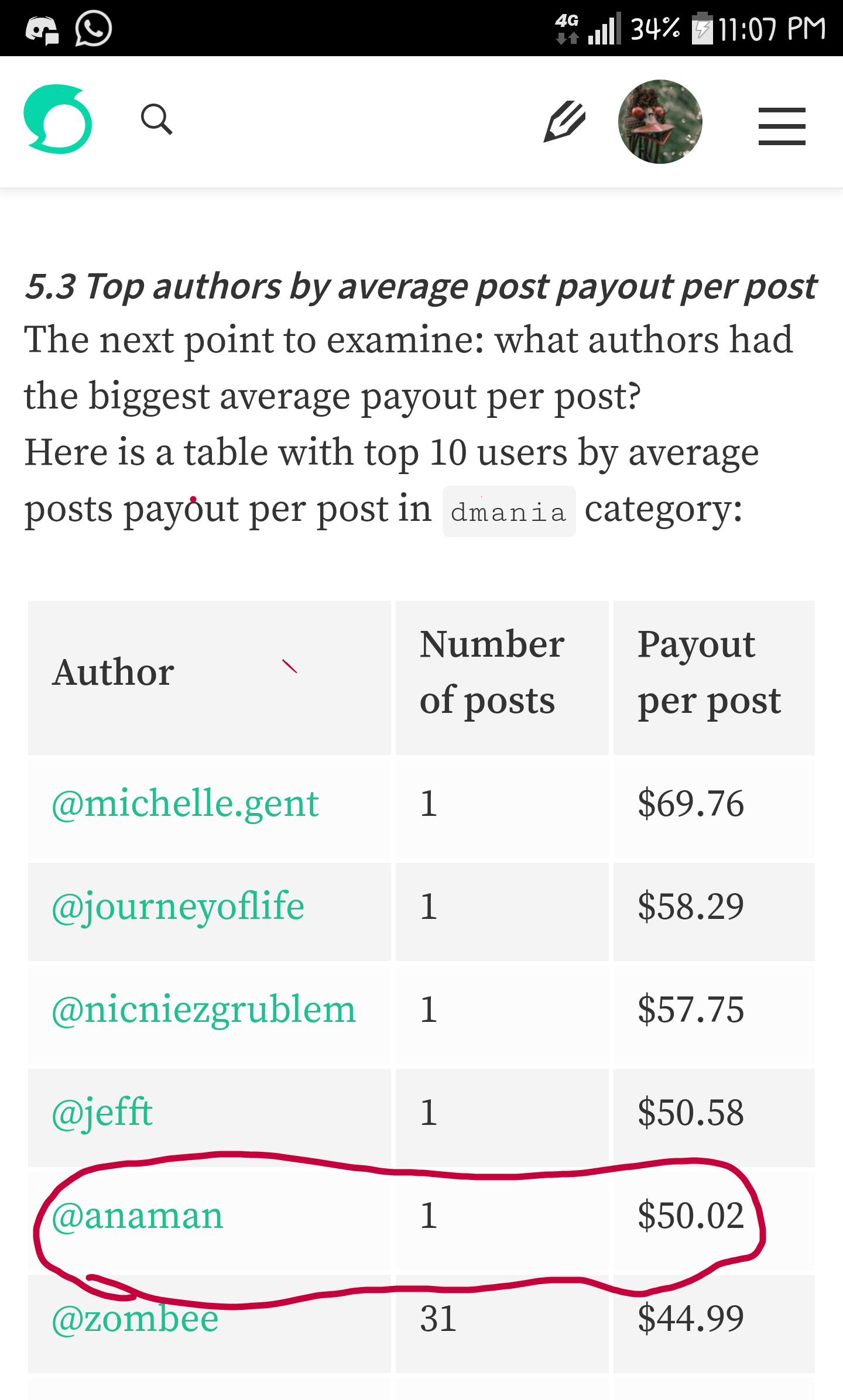 Nice analysis.
For 2018 I don't want to see myself at the top authors on dMania anymore.
You guys will definitely receive more rewards in 2018.
Go fun(d) yourself 😁

I hope that as a dMania's founder you'll have a lot of support from the community. And may be some day dMania will crash 9GAG ;)

I entered 9gag.com once. Once.

The problem that is bugging me is that very few people get the lionshare of the rewards, I wish there were multiple tiers of bot upvote strength because as it stands now if a whale upvotes your post you have a strong chance that the bot will upvote you as well; this way most people will get absolutely nothing which is a shame.

I can't give everyone upvotes from the bot. That would only encourage spamming. I thought about giving smaller upvotes to some people, but for that posts have to get more upvotes and rewards in general. Otherwise I can't make a distinction between a good post and a very good post.

It will probably always be that a lot of posts don't receive an upvote from the bot. The bot can't give upvotes to posts with $0.01 rewards and 1 upvote. The bot doesn't know it the post is good or bad. Only if other people upvote a post does the bot know the community likes a post. Otherwise the bot would upvote shitposts nonstop.

I'm not saying everybody should get an upvote. But an 100% upvote from the bot is a lot and only a handful of people get to enjoy that. All I'm saying is that more people should get rewarded with a smaller upvote. Otherwise people will boost their meme using booster for example to increase their chance of getting an vote from the dMania bot, and I don't think that's fair.

The bot upvotes with 40% atm. Thats 24 upvotes a day, 168 upvotes a week.
Thats's quite a lot and I think it's fine for now.
For new users with no followers it is hard to get upvotes and rewards. That's why I still allow upvote bots. They won't give u guaranteed upvotes, just a higher chance.

I see, it is still really hard for new users though, even with upvote bots.
And even at 40%, 24 upvotes a day seem a bit too little especially at the rate dMania is growing. Maybe a max of 1 upvote per week or month will increase the chances of more people getting upvotes

Thank you for sharing very much convincing analysis. Its a very big motivation for me that such powerful helping applications are available to help posters.....
I hope I will be one of them...
Thank you...

Did you use the free version of Valentina Studio?

Congratulations @artz, this post is the fifth most rewarded post (based on pending payouts) in the last 12 hours written by a User account holder (accounts that hold between 0.1 and 1.0 Mega Vests). The total number of posts by User account holders during this period was 2608 and the total pending payments to posts in this category was $7939.76. To see the full list of highest paid posts across all accounts categories, click here.

As I see @midobashamido put the most efforts on dMania while as a founder @zombee was a heavy 9gag user and logically his average payment per post is the highest.

Gonna have to check out Dmania for sure. Every time I come across something from 9 Gag I end up cracking up so hard. Gonna go check it out right now

Awesome. Great to read about Dmania's stats. Its such a good platform.

I have got to get on here! Memes are magic

I want to delegate steem power to @dmania but I am unable to do so, kindly guide me with instructions for the same.

yes dmania getting growing up so fast. But i can't receive any upvotes :(