Everything earned by or sent to @devfund account will be used to promote Steem ecosystem development initiatives using mainly bidbots.

The vote buying process is being optimized and monitored for cost. If we notice that bid to vote value is more than about 15% on average we will consider direct transfer as donation.

Right now we believe the extra attention to these projects is worth at least a promo cost of ~15%.

While we don't really keep track we may listen and give more weight to the opinions of what should be promoted from anyone who has donated/up-voted.

750 USD was spent to promote https://steemit.com/steem/@fredrikaa/steempress-now-available-in-the-wordpress-org-plugin-store-introducing-v1-0

500 USD was spent to promote https://steemit.com/1up/@utopian-1up/utopian-1up-a-sophisticated-curation-trail-for-utopian-io-version-1-0

@transisto, will you please spend some time outlining what this project is about, how it will be governed and the funds used? I know you're a big STEEM investor, and I do think your intentions are to increase the value of STEEM we all enjoy. Many, I think, don't understand the perspective of investors because their time is extremely valuable, and they don't usually spend it writing posts justifying their actions to anyone. In a case like this where it's clear your intention is to take as much of the rewards pool as you can for your goals (which are currently vague with only a single sentence for explanation), I think we all feel entitled to some explanation of how that rewards pool will be used.

Maybe that feeling of entitlement is invalid and investors like yourself can do what they want. If so, having that discussion may also be valuable.

One answer you can give is "If you don't like it, flag it" which may be enough, but if I knew more about this I might not want to flag it but instead support it. The key is information which is currently missing. Also, most flags are useless against large stake votes like this. If I spend my vote power encouraging someone who may become an advocate of STEEM, that's more valuable then me using it all to not make a difference downvoting stuff like this.

From my initial perspective, anyone with a large stake could replicate this approach, claim whatever they want, and take a large portion of the rewards pool every day. That, I think, would not be helpful to the reputation of the STEEM blockchain (or Steemit).

Decentralized governance for distributing funds would be preferable but is very hard to do. Right now the only rules is that everything earned or sent to @devfund account will be used to "promote Steem ecosystem development initiatives" using mainly bidbots.

The vote buying process is being optimized and monitored for cost. If we notice that bid to vote value cost more than about 15% on average we will consider direct transfer as donation.

Right now we believe the extra attention to these projects is worth at least a promo cost of 15%.

While we don't really keep track we may listen and give more weight to the opinions of what should be promoted from anyone who has donated/up-voted.

750 USD was spent to promote https://steemit.com/steem/@fredrikaa/steempress-now-available-in-the-wordpress-org-plugin-store-introducing-v1-0

500 USD was spent to promote https://steemit.com/1up/@utopian-1up/utopian-1up-a-sophisticated-curation-trail-for-utopian-io-version-1-0

Ps: @transisto is not a point of contact for matters related to @devfund.

Thank you for the explanation and for updating the comments to link to it.

Who would be a proper point of contact if not transisto? IMO, successful projects need human beings behind them. If we can’t discuss these things with known identitiies, I think it creates further problems. Our reputations matter as that’s often the difference between being automatically flagged verses having useful discussions. If there are multiple people involved, listing them and who among them is a contact would be helpful (IMO).

Thanks for hearing me out.

Hi Luke, as the project owner of Utopian 1UP I saw the massive support from @devfund this morning next to the upvotes of @transisto and @newsflash. I did not know about this project/idea before but I can confirm that in our case it worked and was well received.

Thank you for protecting the Steem blockchain by keeping an eye on suspicious activities. 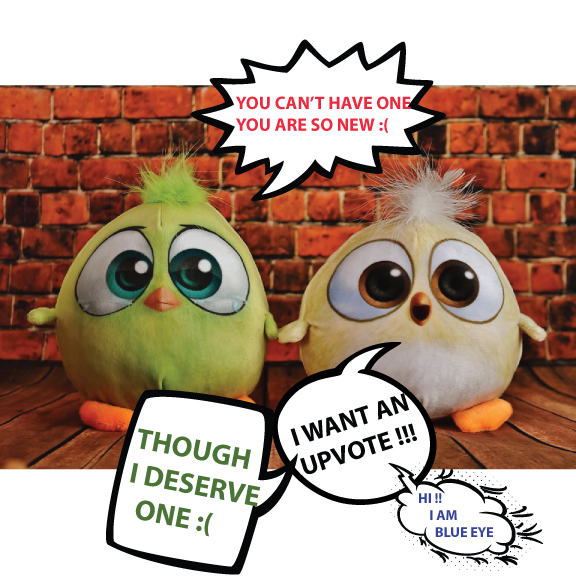 This is incredible @devfund. I'm learning a lot..

Hey @transisto, since I regularly poke at you, I just wanted to say, the voting bots for fredrickka... Well done.

I like how people commenting "." thinking they are going to be upvoted.

How can I be funded too @hbone

This is the most amazing article I've ever seen.
I am also doing a question and answer platform based on steemit blockchain, is there anyone who is willing to invest in me?
๑乛◡乛๑

What kind of projects are we looking to find? Developer here

Any guild to be among this nice development

That will be nice and can you throw more light on this.

How can I be a partakers of this wonderful concept

I warn you that I have naughty pictures and I'm real. Damiana is the QUEEN.

It was a great sit up.

Who would qualify for these funds?

Congratulations @devfund, this post is the most rewarded post (based on pending payouts) in the last 12 hours written by a Dust account holder (accounts that hold between 0 and 0.01 Mega Vests). The total number of posts by Dust account holders during this period was 17451 and the total pending payments to posts in this category was $4097.31. To see the full list of highest paid posts across all accounts categories, click here.

If we look at the rate that Steem is promoted by the "word of mouth" i think we literaly do not need any other help in promoting it - - joke!
it is just to good and fun to use that people become addicted to it immediately! I personally talked to as many friends as possible about it & that's what everyone should do it

but your concept seems VERY interesting - i will follow you for more info!