WASHINGTON, D.C., December 22 – Eric Schmidt stepped down as CEO of Google's parent company, Alphabet, early this morning, less than 24 hours after President Trump signed the executive order freezing assets of "major human rights abusers" involved in criminal international trafficking enterprises and corruption. With Net Neutrality repealed and Schmidt stepping down, this could mean the end of Google's monopoly of the internet and the censorship and policing activities the company is engaging in worldwide.

Also of note, is the fact that a class action law suit against Google for censorship and several other violations of the terms of use was filed in Massachusetts yesterday. The law suit is spearheaded by Natasha Trump News, the outspoken Trump supporter who has experienced extensive censorship and defunding on her Youtube channel.

Schmidt has very close ties to the Clintons, having made enormous contributions to Hillary's campaign and it may now come out that Google has had a role in the election fraud of the DNC.

Jerome Corsi, veteran DC political analyst and award-winning journalist, spoke candidly today that he believes Schmidt's decision will prove to be connected to international human trafficking abuses that Trump has taken on in his recent executive order. Schmidt's ties to the Clinton's and their financial dealings will be investigated under the new executive order.

The following is an excerpt from Jerome Corsi's article on Infowars.com, posted with permission:

The highly secretive intelligence operative known as “QAnon” set off an Internet firestorm on Friday by posting a cryptic message on 8chan suggesting it was no coincidence that Eric Schmidt resigned as the executive chairman of Google’s parent company, Alphabet, around the same time President Trump signed an executive order on Thursday.

The executive order allows the Treasury Secretary, in consultation with the Secretary of State, to confiscate the U.S. assets of anyone materially assisting, sponsoring, or providing financial, material, or technological support to those engaged in human rights abuses and/or corruption.

Deeper analysis reveals 13 people named in the Treasury annex as “serious human rights abusers and corrupt actors” target a range of individuals including the former president of Gambia and a Myanmar general; more broadly, the U.S. Treasury’s Office of Foreign Assets Control names 39 other individuals sanctioned by the U.S. government worldwide who are subject to having the U.S. government confiscate their assets within U.S. jurisdiction.

Already researchers are establishing that various of the thirteen named by Treasury have close ties to the Clintons through their generous contributions to the Clinton Foundation and/or the Clinton Global Initiative.

Others point to the close relationship that exists between the Clintons and Schmidt that date back to 2008 when Schmidt loaned the Google jet to members of Clinton’s presidential campaign staff.

In the 2016 presidential campaign, leaked emails from Clinton campaign manager John Podesta published by WikiLeaks made clear that Schmidt wanted to play the role of Clinton’s “head outside advisor,” ready to lend to the Clinton campaign Google’s powerful micro-targeting data to develop software to be used in “get out the vote” (GOTV) and campaign fundraising efforts.

Clearly, the executive order should concern those engaged in international sex trafficking.

As pointed out by investigative journalist William Craddick, the Clintons’ ties to the international pedophilia sex trade go back to their involvement with Laura Silsby who was arrested trying to smuggle 33 children out of Haiti without documentation; Silsby was convicted of criminal child trafficking, only to have her sentence reduced after intervention by Bill Clinton.

For the Full article:
https://www.infowars.com/qanon-links-resignation-of-googles-schmidt-to-trumps-executive-order/

Here is my own summary of the situation on my Youtube channel You Are Free TV:

I, DONALD J. TRUMP, President of the United States of America, find that the prevalence and severity of human rights abuse and corruption that have their source, in whole or in substantial part, outside the United States, such as those committed or directed by persons listed in the Annex to this order, have reached such scope and gravity that they threaten the stability of international political and economic systems. Human rights abuse and corruption undermine the values that form an essential foundation of stable, secure, and functioning societies; have devastating impacts on individuals; weaken democratic institutions; degrade the rule of law; perpetuate violent conflicts; facilitate the activities of dangerous persons; and undermine economic markets. The United States seeks to impose tangible and significant consequences on those who commit serious human rights abuse or engage in corruption, as well as to protect the financial system of the United States from abuse by these same persons.

I therefore determine that serious human rights abuse and corruption around the world constitute an unusual and extraordinary threat to the national security, foreign policy, and economy of the United States, and I hereby declare a national emergency to deal with that threat.

Here is the speech on National Security that President Trump gave three days ago, that preceded, by three days, the signing of the executive order.

Retired Army Lt. Colonel Roy Potter has exposed the illuminati symbolism that was inherent in Trump's speech, signalling to George Soros and the rest of the Cabal that they were already defeated and would soon be destroyed:

Anti School Youtube channel gives his hearty opinion of Schmidt's removal and the #STORM that is upon us:

You can see my recent post on the executive order signed yesterday by Trump here:
https://steemit.com/dakini5d/@dakini5d/clinton-foundation-is-done-trump-signs-executive-order-to-seize-the-assets-of-human-rights-abusers-who-pose-a-national-security

This is an absolutely incredible point in world history, Stemians! This is the change we have been praying for. The final take down of the deep state is in progress. Google Gestapo is being broken up. Zuckerberg could be the next one to fall. The round up has officially begun.
Stay safe. Love and protect one another. @dakini5d

Thanks for your curating of my post, @openparadigm, much appreciated!

Videos are very complete and useful. Thanks for sharing. @dakini5d

I'll try to curate from @informationwar as well

Thanks so much, @stevescoins! I really appreciate your comment and curating for @informationwar!

no problem, glad to see other people writing as my own writing has slowed down

I gotta remember you work on this evenings ;> I usually check in the mornings, when I actually check

Thanks so much for the Resteem, Chelsea! I am so excited about what is happening with #storm. I hope you are having a joy-filled holiday weekend!

Love to see the start to the change. A change for the "people" of the "united states" not the United States!!! There is a difference... Desentralized organizations for the future...

Yes, I very much agree with your perpsective, @positivelight. If government is not decentralized at this time and the power given/reclaimed to/by the people, then this will be the worst, not the best, moment in modern history. So, we must remain vigilant and united now.

They're ALL being arrested and/or forced to resign and forfeit assets.

Humanity is on the cusp of the great awakening : )

What an amazing time to bear witness and lend support, @thelightreports! Followed you and appreciate the MAGA comment!!

Keep these coming they are great. I've been bombarding my other audiences with your Steemit posts. People getting their "good" news from this platform may be appealing. Exciting times!

Thanks, Vickie! I will keep them coming in the hopes of planetary change! Much appreciated!

ps-- video of me giving a summary in this post if u want to see who i am! Let's do a skype chat hang-out soon and post it on Dtube about resonance activism!

Sounds good. videos are a bit hard right now but when up and running here I've been meaning to check out how skype will work on this satellite internet. Steem on while we get the ducks in a row :)

My summary of what's gone on so far w Trump' deep state takedown, if you want to spread the word!
https://steemit.com/dakini5d/@dakini5d/dakini5d-s-summary-of-the-google-take-down-and-trumps-round-up-of-deep-state-criminals

I just realized something while checking out my youtube channel. YOU my friend are the one that first led me to Steemit. I had no idea it even existed until I came across a post on FB that caught my eye and I saw that it was from something called Steemit. I checked it out, watched a plethora of videos from various Steemians, scrolled through the Steemit sites and blogs for days getting to know a bit more. BUT YOU were the one that introduced me....just wanted to say Thank You!

That's so very cool, Vickie! I love it. Thanks for letting me know. #storm is heating up. Rumors of Bushes fleeing the country. Seizing the assets of Gates, Schmidt, Soros-funded foundations. Incredible. I will be back up and running on Monday to get the news out. I hope your holiday weekend is joy-filled. I am certainly brimming over with hope and resounding joy!

Oh this will make for the best Christmas EVER! Tis the season for a BIG WINTER #STORM. And BTW: United We Light!
https://steemit.com/unitedwelight/@vickiebarker/united-we-light-a-project-for-all-steemians

Dreaming of a white-hat Christmas!! Checking out your post now!

very essential news. thanks for sharing

You're welcome, @rimon24! Thanks for commenting!

Thanks, @web-gnar-- I appreciate the share! This really is a major connecting dot. Much appreciated

Belief that there's a connection between Schmidt's resignation and Trump's executive order is a litmus test for delusional thinking.

Isn't it strange that Schmidt's resignation was specifically predicted before the event?

Apparently these delusions are manifesting in actuality!

Holy Cr-p bat man! Looks like the fan was prematurely filled with Sh-t!! Whaaaaaat?? Thanks for the great comment, @valued-customer!

Proof that doesn't involve having to watch some disgusting conspiratard video?

No, all proof involves conspiratard videos.

It's a conspiracy, I tell ya'!

It's just that Qanon posted on 4chan that ES was gonna resign before it happened.

BTW, have you ever actually seen a Kermode bear? White black bears are pretty cool, IMHO. 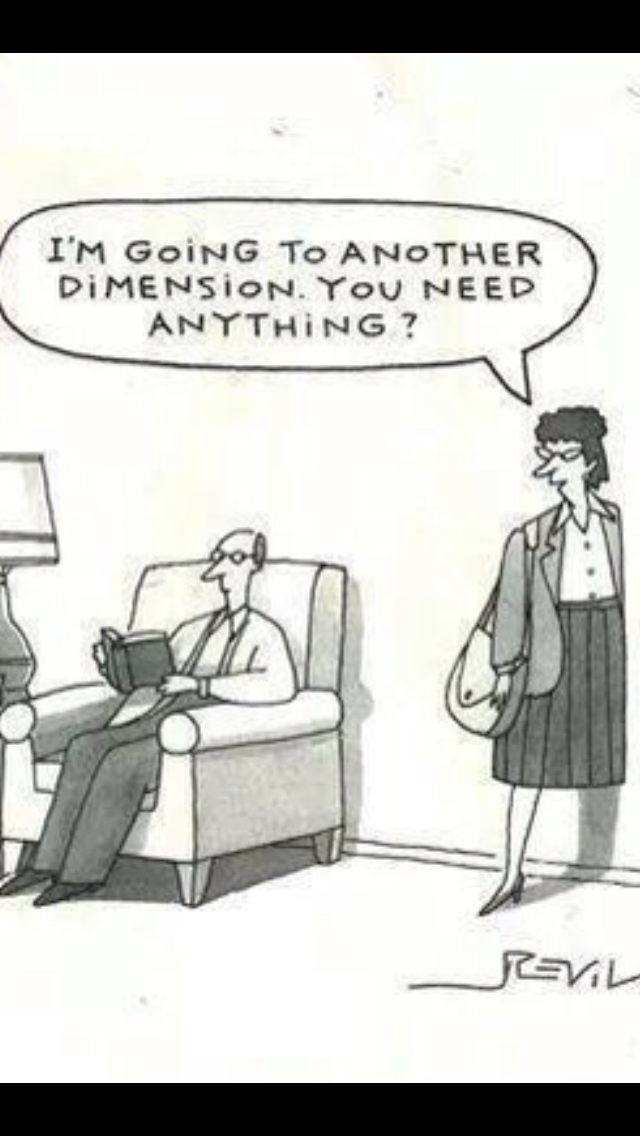 You calling me delusional is pretty delusional, @kermodebear! Let's talk a month from now and see what u think then.

It's a deal! If Eric Schmidt has a scandal before February, l'll say "dakini5d was right." If it's for human rights shenanigans, I'll say it ten times!

Or there is a lack of tech labor because of Trump's anti-globalization policies. The tech labor force is moving to Canada, where AI research is abundant and there is less bureaucratic red-tape.

I'd have to disagree with you todotto! There is an over-abundance of tech labor in the US. I personally know a dozen over-educated programmers and tech engineers looking for work, most of them with hefty student loans. Globalization does not equate to American jobs, hence why we have lost all our tech overseas since the Bush and Obama policies made it impossible to keep big-tech in America

If there is an over-abundance of tech labor in the US, then why is so much tech labor recruited from other countries like India?

Because it's cheaper. This is one of the primary mechanisms driving not only inflation adjusted incomes down, but actual real dollar amounts of wages. India, has capitalized on the tech boom presciently, with good tech educations, which have boosted the GDP immensely.

Nigeria, Vietnam, the Phillipines, and many more, are dumping labor into the US market, and driving our wages down, as their tech graduates come online. This is not bad for those peoples.

It's been decades of increasingly harder times for American families, though.

Real wages in decline, in the face of burgeoning inflation, is a recipe for disaster. It needs to reverse right now, or we'll face social unrest we've not seen since the Great Depression.

I will stand with the [others] Barky Hussien Oblahblah