outerground (63)in #cryptocurrency • 3 years ago (edited)

Sounds great doesn't it. What can you do with a Boozecoin? Well you can't drink it (yet). It's the Brainchild of Bryce Distillery who are currently in the process of producing one of alcohol's most notorious and mysterious beverages; the enchanted and bewitched ABSINTHE. It's rumoured that you can see faeries after a few tots of the green magic and is know in French as La Fée Verte, The Green Fairy. I was given a bottle of Absinthe once by a Belgian friend. It was very small and looked like a poison bottle. I must admit, the taste was quite different to other spirits. It was certainly strong with a botanical kick and a beguiling aroma. It's made with Wormwood leaves and flowers. There's also fennel, anise and other herbs which give it a distinctive taste and smell. I didn't see quite manage to see Puck after a small glass, but it's a drink which has made a comeback after years in the wilderness and one that's gained in popularity over recent years.

Absinthe was a popular drink in the 18th & 19th Century originating in the Swiss Canton of Neuchatel. It was a popularly imbibed by writers and artists and in part is probably responsible for the birth of modern art and modern literature. The list of famous adherents reads like a who's who of great culture, Hemingway, Picasso, Proust, (my favourite composer Erik Satie, Rimbaud, Toulouse-Lautrec, Byron, Modigiliani to name a few GREATS ! It was disapproved of by social conservatives, (probably because it was so liberating to the 19th Century libertines and was eventually banned in Switzerland in 1910 after being implicated in a particularly gruesome murder case. It was swiftly outlawed across most of the rest of Europe and America. Although I'd guess ordinary beer and spirits have a hand in many an ill thought plan most Friday and Saturday evenings which has more to do with the character of the drinker than the beverage. It's adherents never stopped making it. They just stopped making it green. Who would be able to tell one colourless spirit from another just by looking ? white rum, vodka, who knows !

It underwent a revival in the 1990's after it was found to be no more harmful than any regular spirit. The active ingredient, thujone, which is present at trace levels were found not to be the powerfully addictive hallucinogen after all ! not so exciting anymore ? well perhaps the high levels of alcohol distilled in Absinthe make it attractive to more serious spirit lovers. It's typically brewed between 45-74% alcohol by volume (ABV) which is up there with the strongest rum @ 90-148 proof which was traditionally used by ships Captains' to knock out the sailors at the end of a hard day's pillaging, looting and racketeering on the high seas. 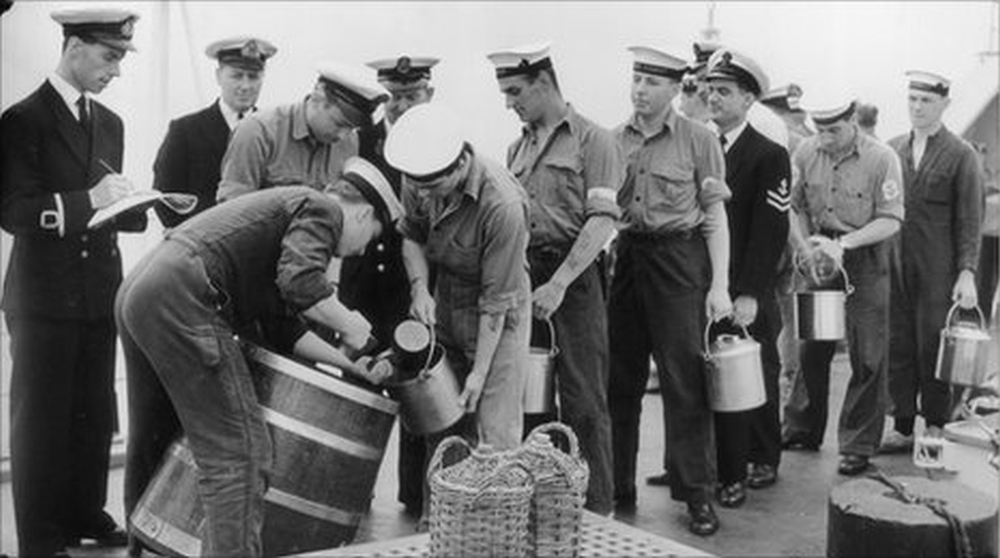 Here's the interesting bit of the story ! Bryce are a Missoula, Montana based start up and their mission is to bring Absinthe to the cutting edge of Cocktail culture. It's big business and particularly fancied by this generation's up and coming culture makers. I live Hackney in artisan produce rich, East London, England, which is a long way from Montana but I have a friend who is a mixologist. It's a serious science and incredibly hip. Botanicals is where the high end of Alcohol is and in the LA La land of entertainment, Absinthe has found it's way to the top table. I really like where Bryce are coming from. Another friend of mine has recently been working with a London Gin distillery who take a similar approach to the importance of a high quality botanical product. He's been helping them with their branding. I teach branding to start ups so I couldn't help but give my opinions.

It's very much about accountability, authenticity, quality and quality control. Bryce have made connections with local suppliers and until they can make their own neutral spirit, have agreed to source theirs from Dry Hills with all ingredients coming from within the state of Montana itself. There are plenty of local botanicals to harvest locally. They plan to make small batch seasonals like apple spirit, in conjunction with Northwest Mobile Juicing and local cideries.

These small batch speciality products will be distillery produce only. They will not be distributed along with the core products. (The best stuff stays at home for the locals. I admire that) and wish them all the best. It's a tough nut to crack and one which requires resilience, passion and hard work. I recently visited a brewery in England (as part of a Stag Do) and was fascinated to see how the hop and malt blends make all the different beers and it was a really interesting day out, (with beer at the end). I must admit, I prefer botanically brewed and high quality spirits, If I am to drink at all. I could just imagine sipping on a tot of sour apple over ice in the garden on a sultry summer's evening. I wonder what the ingredients would be in their apple spirit, something with a tinge of sweetness perhaps ?

BryceDistillery are a modern company in the making. They are crypto centric and not only accept payment in an array of your favourite crypto, but are planning to implement a BloclkChain based system of their own to track production. Boozecoin has been created as a valueless Bitshares token. It's open ended what it will be used for but maybe for promotions, tipping, who knows what ? It may even one day have a residual value. I have 1,000,000 of them and I like the idea that I have 1,000,000 of anything. I am on paper, theoretically a cryptomillionaire. Albeit with zero value !

You can read all about it here and find out more about the story. BryceDistillery is a great idea, well thought out and the passion comes across. It's one which I think will take off. As for Boozecoin, go have a look. you can boast to your friends about how many you've got. my OL= outer-ground if you want to see what 1,000,000 tokens looks like.

This is NOT a referral. I repeat, this is not a referral. Boozecoin is a valueless token and nothing is required to obtain free (valueless) boozecoins. This article is primarily about BryceDistillery who happen to have an active interest in BlockChain.

Really nice :)
You invest in a product that you really like.
We will see, maybe I buy some too and follow it up.
However, the story is good

thanks @whiessl. you can also enter their competition for a chance to win a bottle of their first batch ! nice

Good idea, going to give it a try

the boozecoin is just a free token they've invested and you can get 100,000 for free if you ask. you can invest in the distillery through indiegogo in the normal way !

I may just have to buy this for the story value, "Yes, sonny, everyone told me to invest in plastics, but I put it all into Boozecoin."

I love it, it's such a great story ! boozecoin is inspired. if one day in the year 2029 they are worth $1each, you'll kick yourself for not taking them when they were FREE ! in all honesty, if you read BRYCEDISTILLERY they aren't even sure what to do with them but I'm sure they'll find a use :)

more interestingly their distillery producing top notch botanicals spirit will probably be a winner on the cocktail circuit !

I used to drink Absinthe whenever I had the chance. I liked the taste, although I never experienced any psychedelic effects from it.

Nice idea, I will check out boozecoin

you gotta get 100,000 bitshares boozecoin. (totally worthless but still brilliant) and Absinthe as a business. I think it will do very well.

I did sign up. I hope I win the bottle. (Even if I only drink very infrequently)

that would be nice. you only need to drink Absinthe infrequently !! :)

Hey. I did the steps but didnt get any of these funny boozecoins. Can u send me some? bts: jjb777
Thanks J

hi jjb777. if you look carefully on the boozecoin page as above it says get in touch by email. I'm nothing to do with boozecoins but if you ask them nicely, I'm sure they will give you some :)

Yes. Thats what I tried. I used the contact form as suggested. I may try again.
Thanks J

I'm sure you'll get some ! just give it a bit of time.. remember they are valueless tokens so they have no monetary value :)

love the name BOOZECOIN.. you never know, one day it might be worth $0.01 !! in the meantime, let's hope it takes off, finds a use for itself and becomes useful :)

I'm not sure why Bryce distillery isn't having a clearer objective and plan on how to use the tokens. I've been involved and known whiskey distillery where you invest in a barrel at year zero. It's 12 yr aged so your investment grows until 'maturity'. We can do it on a blockchain, contact me over at @apasia.tech!

Hi @Britcoins BryceDistillery is @logitrade on steemit. I'm sure they'd appreciate your input ! I like your tagline authentic jerk

go get em @kobusu, who doesn't want 1m of anything, even if they are totally valueless ?! ;)

rich beyond your wildest dreams @kobusu !

Very interesting read and makes me want to know more. I particularly admire that as per the smaller batches of the special blends-you keep them for the local citizens.

I think the seasonal distillery specials will bestow a real sense of mystique on the brand. It will also help the company bed in with the locals. I think that's important, to be part of your own local community, whether you intend to export to all four corners of the world or not !

Thanks for the tip! Will explore it.

go to the website and follow the instructions. you need an openledger account first. If you don't have one or know how to, there are plenty of links online. here's a handy video

Thanks, I've been looking for a new spirit to try. This one sounds pretty good to mix with too. Even if the coin has no monetary value, the fact that they want to use it to track production shows some real-world application of blockchain tech so that's pretty neat.

Absinthe is a difficult one to mix with because of its strong taste. The traditional way to serve is simply to add water. No fire involved, as that can burn off the nuance flavors. Here's a nice recipe for the Dolores Park Swizzle, which is a refreshing summer drink with absinthe and rhum. Thanks for your interest, and enjoy! Bryce.