XRP ( ripple) is it decentralized or a scam in the making?

mallorcaman (65) in cryptocurrency •  3 years ago

With the recent price explosion of XRP ( Ripple) many new users are flocking to buy this currency. I personally have never owned any and Im still not convinced that this will be a likely contender that could match the likes of Bitcoin or some of the more popular cryptocurrencies such as Dash, Litecoin, Ether and of course Steem to name a few.

It seems a currency made for banks run by banks... correct me If Im wrong

With all this recent hype about ripple, Ive had a few mostly newbies telling me that XRP is a great coin to invest in and the price will rise to hights that nobody expects... well so far this has been true so I did a bit of research and ran into this article :

A key benchmark that we aim to achieve is to become more decentralized than Bitcoin, which at the time of writing is 51% controlled by just five mining pools. This means the largest five pools working together could achieve a 51% attack and reverse transactions (double spend) at will. For Ethereum, this number is even lower: only three pools are needed for a takeover.

Created in 2012, the RCL was developed as an enterprise-ready public blockchain – in contrast to bitcoin – geared for banks and payment providers to process cross-border payments. The RCL also serves as the root ledger for XRP, Ripple’s native digital asset.

So what do you think about Ripple, is it decentralized enough to be a cryptocurrency with any chance of making a diference that will benefit many not just a few? Is it a Pump and dump in the making? Do you own XRP or have you? Submit
$16.84
97 votes
16
Authors get paid when people like you upvote their post.If you enjoyed what you read here, create your account today and start earning FREE STEEM!
Sort Order:
[-]
taskmanager (63)  ·  3 years ago

Banks are buying Ripple, banks like to be rich, ergo banks will push the price up when they are ready...

Wow, Interesting post. Yesterday i was wondering about the true intentions and legitimacy of ripple...and if the majority of crypto-sphere participants actually really consider what they are voting for. Asking the question, "what are the implications/consequences in purchasing ripple?"

Is such questioning muted/disregarded by a FOMO mentality that is so strongly justified and seemingly rational because so many participants are participating in the same manner...just chasing after some profit?

At the moment I'm not so certain it's a great call for every regular joe to support ripple. Seems kind of like selling out...like burning your vote.

Maybe I am mistaken.

Considering that the banks own 70% of the tokens....the question arises...

"is this not a bait and switch?"

Thanks for sharing and opening up the discussion.
Steem On, the Dream is Live

Ripple is debt and that hasn't worked out. Ripple offers nothing, only holders think it offers something because they are waiting to profit. But profit is not the same as benefit, a word of Ripple is a nightmare.

I think Ripple has use cases, even if some of us may not see value in those use cases. Is any project designed for everyone? No, the inherent nature of many of these projects is that they will only appeal to an audience. I asked Steemians why Ripple was a scam and no one answered, so it's something people like to say, but never say why.

Thanks for your feedback

Well,Chris Larsen the Executive Chairman of Ripple has had a closed door meeting whit high officials from IMF ( International Monetary Found),not that long ago. What does that tell you about Ripple? Obviously,the Banksters have made their choice!

Chris Larsen resigned last year so his influence may not be where it once was. At any rate, only time will tell. The platform has potential but it must be done correctly.

as I watch ripple take off, will stellar follow? 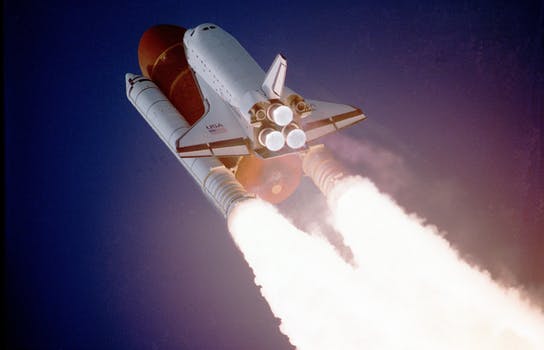 XLM or stellar I do have but not because I bought them but because I received them free a couple years ago. Of course these two go hand in hand.

I own little of xrp,still not sold it.My thoughts are,it will fall when whales stop their "pumping games".Many people dream that will become rich,like some lucky early adopters of bitcoin,so i guess "the hype" is here,nothing special about coin.There are better solutions out there,but noting that is really cheap,and many people bought large amounts of xrp when it was 200-300 satoshi worth,now it's just a big hype,everyone wants to be rich. :)

This post has been ranked within the top 25 most undervalued posts in the second half of May 16. We estimate that this post is undervalued by $16.35 as compared to a scenario in which every voter had an equal say.

See the full rankings and details in The Daily Tribune: May 16 - Part II. You can also read about some of our methodology, data analysis and technical details in our initial post.

Very good post. Good to see I'm not the only one who thinks like this. Estate or plastic cups, people should always do their research. due to the anonymity behind coins even more so. Besides coinmarketcap.com there is: https://www.coincheckup.com They seem to give this complete indepth analysis of all cryptocoins. Sorted by team, product, company, advisors, previous investors, etc. See: https://www.coincheckup.com/coins/Ripple#analysis To check Ripple Investment and research analysis.

If you buy BTC & many other altcoin will easily lose money .With #Nexty : Do not worry about the decrease in NTY rates because:
NTY values increase due to its popularity, community acceptance and ecosystem expansion. #blockchain #eth