kaizencrrr (55)in #cryptocurrency • 3 years ago

Buying into an ICO only for its potential ROI is like getting married only for the prospect of having sex. If the thing that attracted you in the first place dries up, you’ll find yourself asking, “What else is there?” When the answer is “Nothing,” spouses and ICO investors alike end up with broken hearts.

When the profit is a loss

I know it's tempting to invest in a certain coin/asset and get a huge return in a few days, even if your common sense tells you that this particular one is a big question mark. As long as there is another sucker willing to pay more what’s the problem, right?

Well, when one loses, we all lose, except the scammers.

Suppose you invested before the pump you see in the picture on the right and sold exactly at the top.
Great! Start looking for moon properties.

But you made a shit ton of money, so why is that a problem for you, right? 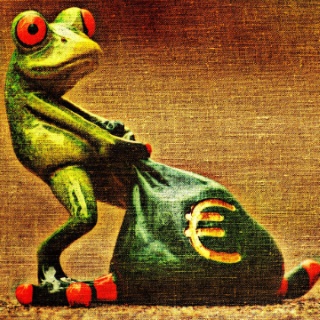 Well, look at it this way:
Let’s say that people invested $100M+ in our "hypothetical scenario". You invested $100 and made $700. That’s nice. But what happened eventually to that $100M+? Where is the money after the dump? I think a part of it might be in some off-shore bank accounts, some are exchanging hands as we speak in the “non-crypto world”, and just a small part was “reinvested” in the crypto market by the beneficiaries of the “pump & dump”, because even the scammers acknowledge the legitimacy of some projects and their true potential.

But most of the money is probably gone, gone from the market as a whole. And that is not a singular case, we are leaking money from the market this way and we even encourage it through our own ignorance and greediness.

As I write this post, the Cryptocurrency Market Capitalization is around $145B. Who knows, maybe it could have been $200B if we didn't leak money to some dubious projects.

Am I saying that ICO’s are bad?

On the contrary, ICOs are revolutionizing the funding protocols.
They are a catalyst in the development of open-source blockchain technologies.

Thanks to ICOs, the conventional barriers of raising money are shattered. Now great ideas can raise money from every corner of our planet. They don’t have to go through the usual channels: angel investors, venture capitalists or even IPOs. And let’s be honest, not everyone can gain access to angels or venture capitalists.

The mechanism of fundraising is fast and easy. There are no hurdles created by paperwork and bureaucracy. This is a two-edged sword though. Because it’s easier for scammers to get into the space, especially since currently IPOs are a gray area and no regulatory entities are present. But this downside is the beauty of ICOs as well. The market itself is the regulator.

So as you see, I’m a big supporter of ICO’s

But look at it this way:

We have an insane amount of coins and ICOs already.

Do you really think that all of them are legitimate projects and will survive?

Let's look at what Vitalik Buterin has to say:

It would be a mistake to underestimate the value of ICOs or to say that they are a bad thing. ICOs are interesting because they enable monetization for open source projects, something that doesn’t happen often. I created Ethereum itself with an ICO. What we are seeing lately is that people are taking this idea too far, and there are projects that issue a coin not because it makes sense to issue a coin but because they have a product they can sell and raise money. Without a coin there is no business model. This creates the imbalance of incentives in the community at the moment.

We even have a coin called Fail Coin.

Sure, Fail Coin might be a solid player in the cryptosphere, but the failure rate of tech startups is estimated to be around 90%.

What has Vitalik to say about that?

I indeed think that we are in a bubble because all the cryptocurrencies are rising and people have a feeling that they will always continue to rise. A lot of projects are raising more money than what they would be able to in the normal VC market, and sometimes there is no match between the necessity and usefulness of the project and its ability to raise money. Additionally, this market is still young and people still don’t know how to differentiate between projects that will exist in the long term and those that won’t. This thing is growing at a rate that makes it hard to control. I, for example, don’t participate in most ICOs because I think they are done at too high valuations. To me the current ICO craze feels a bit like the dot com bubble. People were investing insane amounts of money in companies that had internet, world wide web, and .com in their description. From a business standpoint those companies weren’t even profitable, like the famous example of pets.com, which managed to raise $82.5 million in an IPO in February, having in its first fiscal year (1999) a revenue of $619,000, yet spending $11.8 million on advertising. Needless to say it was a major flop in the end.

Nowadays I get the same impression from a lot of ICOs. Not everything that has blockchain, decentralized, dapp, cryptocurrency, peer to peer, smart contract, ERC-20 token in its description will succeed.

Irrational exuberance is the psychological basis of a speculative bubble. I define a speculative bubble as a situation in which news of price increases spurs investor enthusiasm, which spreads by psychological contagion from person to person, in the process amplifying stories that might justify the price increases and bringing in a larger and larger class of investors, who, despite doubts about the real value of an investment, are drawn to it partly through envy of others’ successes and partly through a gambler's excitement.
Robert J. Shiller

The only advice is I will give here is to not invest in obscure projects, even if you think that the upside is huge. You might make a profit. Someone else will most definitely loose. Make your own judicious analysis and don’t jump in only because of the hype. Hype will fade away, only good project will last.

As Vitalik said it:

If most ICOs fail, that is a risk (to Ethereum itself). We need to avoid over-publicizing these projects. The way to evaluate them is mostly by the résumé of the people in charge because there is no real way to judge such new projects. That is why there are projects that declare they are linked to this or that organization or even me – even if I am not linked to them. In the long run, the market will need to find a way to judge which projects make sense and what their appropriate worth is. It is not clear how things will look in a year or two. In the end the market will need to cool down. A lot of projects will fail and people will lose money.

Look at how many failed automobile manufactures in the United States were when people believed that cars were the future.

Were those people wrong?
Of course not.

But look how many of them failed. And we are speaking here of car manufacturers for God’s sake, not internet startups that have an idea, a nice-looking site, a whitepaper, and statistics that tell us that 90% of them will fail. 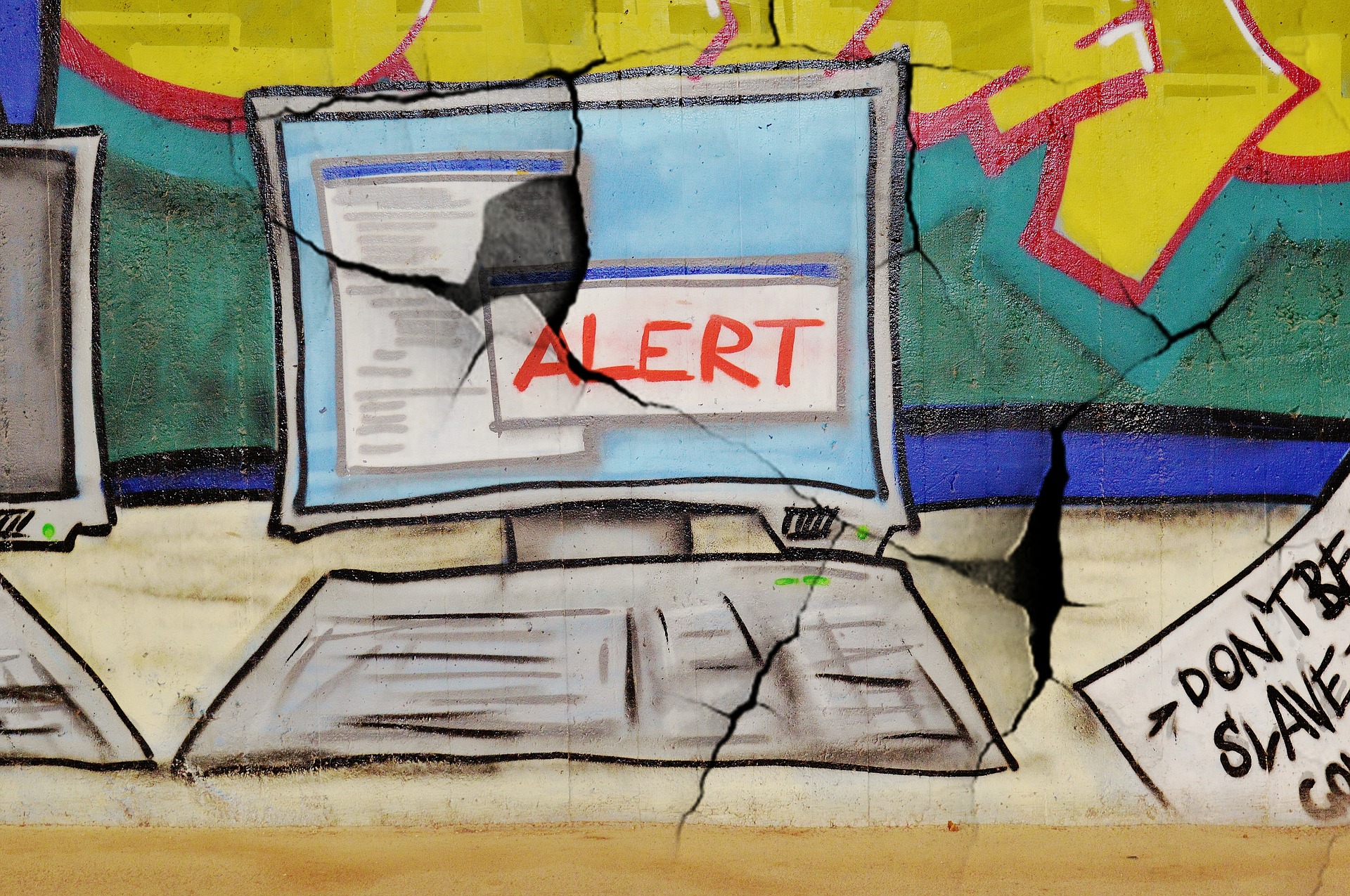 Now look how many ICOs we'll have in the near future.

What is your take on the matter?

I would love to hear your opinions on the subject.

I really enjoyed your post, thank you for sharing with us. Enjoy the vote!

ICO mania is just like the dot com boom. Everything that is ICO cannot fail until it does. Some say that the mania has not even started with many more ICOs yet to come. When the masses get wind of the riches they think they will make then it is the time to get out. ICOs have lost their lustre with mediocre companies now coming up the ranks. The top companies have already ICOed and were the industries' trailblazers.

Products are just about to be launched whist the newer ICOs have yet to begin or even understand what they are doing. There are still golden nuggets out there and it is like panning for gold, back breaking work need o be carried out to just find them now.

Yes, but I'm not sure if it didn't start already.
We have so many ICOs these days.
Sure, some of them are golden gooses, but do we really need that many? Will they all be winners?
I don't think so...

It's interesting to see how far blockchain has come and the stage that ICOs are in. It does seem a lot are just put out to generate funds and don't really offer anything new. That's why it's important to do your due diligence when participating in an ICO.

Thank you!
You are absolutely right!

This post received a 2.11% upvote from @randowhale thanks to @kaizencrrr! To learn more, check out @randowhale 101 - Everything You Need to Know!

you are on point @kaizencrrr!