amberlamps (39)in #cryptocurrency • 3 years ago

The market is very different from last year at this time, I feel last year ETH is what drove the market mostly.
Here is why I think EOS can start the next bull cycle in the market, and lift everything with it.

I know a lot of people are still thinking EOS is a scam because they cant wrap their heads around why they structured the ICO like this and why they (block.one) aren't launching the actual blockchain.
Once a successful mainnet launches and the hundreds of projects that have been quietly building on EOS start launching and airdroping tokens, the level of FOMO will be something never whitnessed before.
I truly believe EOS will be a catalyst to bring the rest of the crypto market out of this bear trend.
I know these are some bold predictions, butI can back them up with statistics.

Now that type of fomo and excitement will not happen again.
This is where I feel EOS will be the next catalyst to move the markets. Once it launches and all these actual real world projects can launch on it and give airdrops instead of ICO's this will bring a whole new fomo and excitement into the market. So I really think EOS has the potential to drive the market much like ETH did last year.

That's enough rambling, but I feel like a majority of the crypto community has no clue what EOS really is yet. So I don't think we haven't even started to see the growth potential yet. 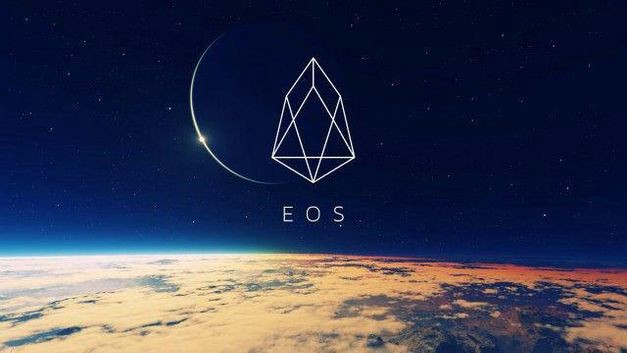 What do you think about this criticism:
https://medium.com/@matteoleibowitz/eos-dont-believe-the-hype-c472b821e4bf
?

I mean he covers (in depth) all of tge possible flaws of EOS. But he fails to address why EOS chooses to give up possibly some sponsorship resistance (I beg to differ on this, POW chains are mlm ore centralized) for speed and ease of mass adoption.
Look where we are discussing this on, one of the only real use cases so far for blockchain. I could counter every one of his points but dont have time, maybe will do a full post on it later.

I could not agree more. This nonsense that EOS is a scam is more than ridiculous. The software is already successfully running on a testnet and exceeding expectations, the GitHub repo is on fire with updates, more features have been added than were in the original white paper.

I believe most of the 'FUD' is due to emotional, inexperienced 'traders' looking to get rich quick who have bought into other projects and do not know when to get out.

This project has created more excitement than any other within the last 2 - 3 years I have been in crypto and is a game-changing piece of software that will allow dApps to start the penetration into mainstream​ adoption.

Is it perfect, nope but it will open the floodgates​ to new innovation​ and adoption within the crypto​ space

Yes, It obviously still needs to launch and sort out the bugs, but It has potential like no other project on the market today. It is a very exciting time, and I cant wait to watch it all unfold.

I'm glad you posted that. I agree that EOS will be bigger than all the nay sayers are thinking. To me the biggest selling point is the fact that it can run the ethereum or Bitcoin blockchains!

All the eth tokens will be able to find a new home without having to address a scalability issue! Boom!

Well done! I agree with everything you said here.

Thanks, exciting times ahead for all.

Where is this gigantic EOS community you speak of in point number 2? Biggest community in crypto by far? Please back that up with actual numbers and sources...I think we're probably in agreement that community is a big indicator of strength, but I'm having a hard time seeing it.

And for that reason, I'm out.

J/k, I own some EOS and keep flipping back and forth about whether or not I'll buy more. I just don't see anything great coming to the platform in this opening salvo of projects.

Tellegram has around 60k members, one of the biggest I have seen . There are some massive wechat groups in China and Korea. Where most of the volume comes from

One example of a huge project launching on EOS is called ONO, its a Chinese based social media platform. Their wechat has over 1 million users waiting to get on it...

Thanks. The Telegram number is impressive... I'll look more closely into ONO as that seems to be the most promising project yet.

Yea, honestly they havent even announced any if the projects that the 1.5billion VC fund is going to be supporting, besides Everipedia. I think for legal reasons they arent going to announce any until after launch.

I'm glad you posted that. I agree that EOS will be bigger than all the nay sayers are thinking. To me the biggest selling point is the fact that it can run the ethereum or Bitcoin blockchains!

All the eth tokens will be able to find a new home without having to address a scalability issue! Boom!