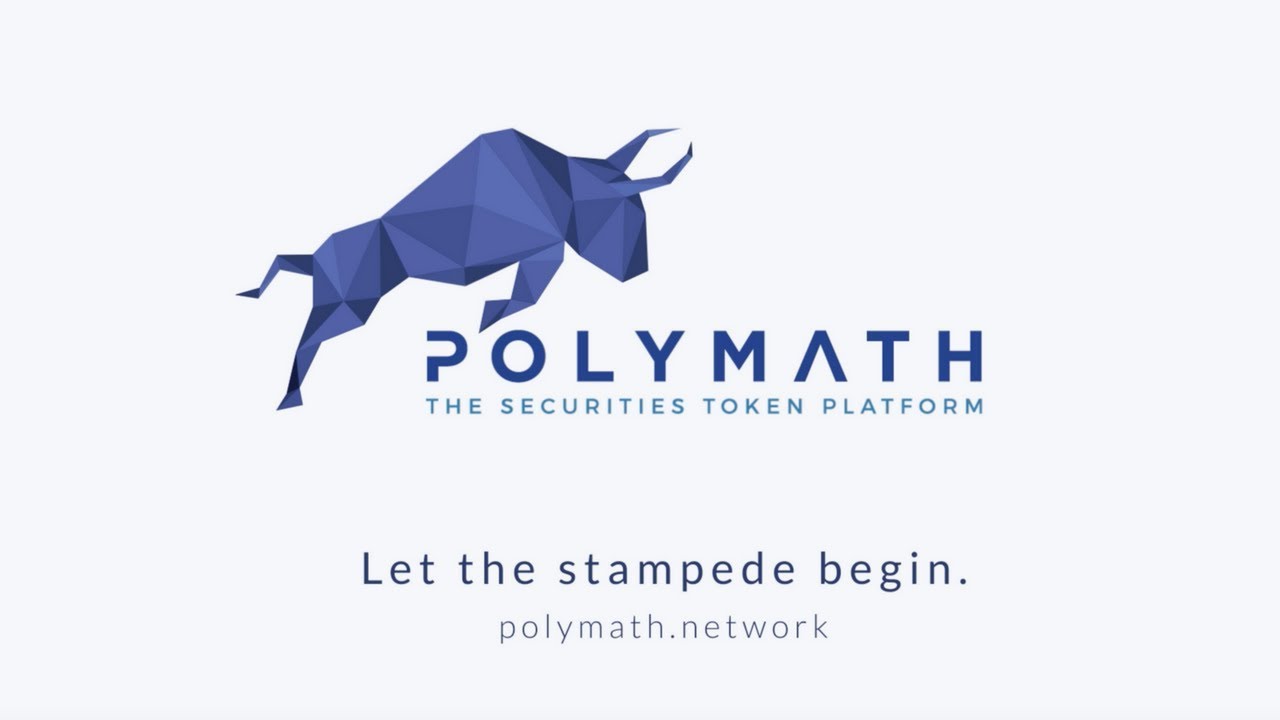 Welcome to the new emerging financial order of IPOs 2.0 - STOs. Ethereum was known as the platform for launching hundreds of ICOs (Initial Coin Offerings), on the Ethereum Platform with the standard ERC-20. ERC-20 tokens are the Ethereum standard for which Utility Tokens & Dapps (Decentralized Applications) are launched. And Polymath is trying to build the ST-20 standard for launching STOs (Security Token Offerings), the new version of IPOs.

Polymath seeks to transfer trillions of dollars of securities (including Venture Capital LP Shares, Equities & Real Estate) onto the blockchain. The Polymath team led by CEO Trevor Koverko has ambitious plans for this idea and believes that Security Tokens will soon be a much larger market than Utility Tokens in 2019 and will capture a $10 Trillion Market in 2020. The irony is that Polymath is an Ethereum (ERC-20) Token.

Now, I want to make it clear that I am a fan of Utility Tokens and believe that they are not to be underestimated. While I am not sure of Trevor’s predictions and am bullish on the Utility Tokens Market and what much of it is trying to achieve through decentralization, I think that Securities Tokens are nonetheless an interesting market that should not be underestimated either. As of this writing, per coinmarketcap Polymath has a Market Cap of around $130 Million and is priced at around 53 cents per token. Since it has such a low market cap and such high ambitions I believe there is not much downside but a lot of potential upside for investors willing to take some risk.

Will the Securities Token Market reach $10 Trillion, I do not know. But what I do know is that very few people predicted in 2015 or 2016 what Ethereum and the Utility Tokens Market Value would become in late 2017 and early 2018 at its peak. Ethereum is now valued at roughly $520 per ETH and was valued at around $1300 at its peak with a Market Cap of roughly $130 Billion. The Market Cap of the ERC-20 Tokens was valued at around $500 Billion at the peak in late December. And it is very easy to underestimate the potential value of these digital assets. If the Securities Token Market reaches even $1 Trillion (10% of Trevor’s 2020 ST-20 Market Cap Prediction) then Polymath will be a very valuable asset in the near future.

The Advisory Board of Polymath has some notable figures such as Erik Voorhees (CEO of Shapeshift), Anthony Di Iorio (Co-Founder of Ethereum/Founder of Jaxx) and David Johnston (Chairman of Factom). But the most interesting to pay attention to is Patrick Byrne, the CEO of Overstock.com and the CEO of tZERO. This is not just an advisor, but an important partnership between Polymath and tZERO, a blockchain-based trading system for security tokens that complies with federal laws and regulators. In other words, tZERO is an exchange that can trade security tokens which will run on the Polymath network & both tZERO and Polymath need to comply with regulators so they can kick-start the market for security tokens which will need to follow SEC regulations very carefully as we will discuss soon.

Let’s have a deeper analysis of the Polymath Network now. Referring to the illustration below of how Polymath will be structured we see a few different parties involved. We know that 2017 was the year that more than 1500 ICOs were flying into the market left, right and center. We also know that regulators (SEC & CFTC) weren’t too happy that ICOs were operating outside the domain of regulation and legal standards that traditional IPOs and securities have to abide by. The SEC has also classified ICOs & cryptocurrencies within their purview and jurisdiction and has been cracking down on scams, warning the public of fraud & wanting exchanges to follow certain standards. In addition the IRS wanted to collect its due tax and since the SEC has subject cryptocurrencies and exchanges to securities laws, the IRS wants to tax the capital gains on cryptocurrencies. We saw the IRS request records from Coinbase on about 13,000 customers who have transacted more than $20,000 through their accounts. We see nations around the world eyeing cryptocurrency for regulation, such as South Korea clamping down on exchanges and China outright banning all-things-crypto. There are money laundering, terrorism funding and tax evasion threats of governments not responding at all to the growing market of cryptocurrencies.

There is no doubt in my mind that this theme of growing regulatory concerns and oversight in crypto will continue in 2018. Because Polymath is taking such a deep look at the regulatory environment and wants to really comply with regulators and be the first to tokenize securities on the blockchain, this will be an interesting project to look at and consider investing since it is highly undervalued to its potential upside in the coming few years. I like the partnership between Trevor Koverko and Patrick Byrne and believe it will bear very fruitful since both will work directly together tokenizing securities & trading security tokens with regulatory compliance in mind. Let the stampede begin.

Great post, I am very intrigued by POLY and the shift the market appears headed toward in security tokens. Have you come across any other coin/token or platform that is trying to do something similar to POLY? It is interesting to hear more about tZERO and Factom among others being a part of this. I agree with your sentiment that this token could be a good long term play. As you understand it, do they intend to launch their own blockchain to issue the ST20 tokens or will they be ethereum based? Seems the most successful play on security token market would be a unique blockchain. There is also a recently announced collaboration with crowd machine which is a interesting partnership that may help POLY launch these tokens. Here is link. https://coinjournal.net/polymath-partners-with-crowd-machine-to-boost-adoption-of-security-tokens/

@bprange thanks for reading and enjoying Polymath!

I believe Polymath is the first mover and the biggest in this space. While I'm not sure about how big this can become, I know that it is a good play bc of the enormous upside if it succeeds in capturing even a minute portion of the $10T Trevor claims ST MC will be by 2020. It is also a good hedge against utility tokens or ICOs because of the regulatory climate we seem to be heading towards in 2018.

It's an interesting question you bring up, I am not sure. I know that for now the security tokens will run on the Polymath Network Protocol via the Ethereum Blockchain, but am not sure if this is subject to change.

Thanks for the link, Crowd Machine seems fucking insane bro! Like, it automates the process of writing code for smart contracts. ...... . What the fuck?! You don't even need to write code lol 🤣 🤣 I'm going to look into this now, lol!!! If this project is legit, than Polymath is just raking it in with the partnerships, and Crowd Machine will be a game changer itself

Thx for another informative post. Easy to read.
Please continue up with creating interesting content - it may be hard at the beginning to build reach and solid followers base.
Steemits needs solid content builders so just dont ever give up! :)

Already followed. Cannot upvote this time since I kind of run out of voting power.

I just started this past month and am happy to share my insights with other people. The money is secondary but I like writing articles and having a great forum such as Steemit for showcasing some of my insights and thoughts not just in crypto but in some other interest areas of mine :)

Congratulations! This post has been upvoted from the communal account, @minnowsupport, by Daddyku from the Minnow Support Project. It's a witness project run by aggroed, ausbitbank, teamsteem, theprophet0, someguy123, neoxian, followbtcnews, and netuoso. The goal is to help Steemit grow by supporting Minnows. Please find us at the Peace, Abundance, and Liberty Network (PALnet) Discord Channel. It's a completely public and open space to all members of the Steemit community who voluntarily choose to be there.