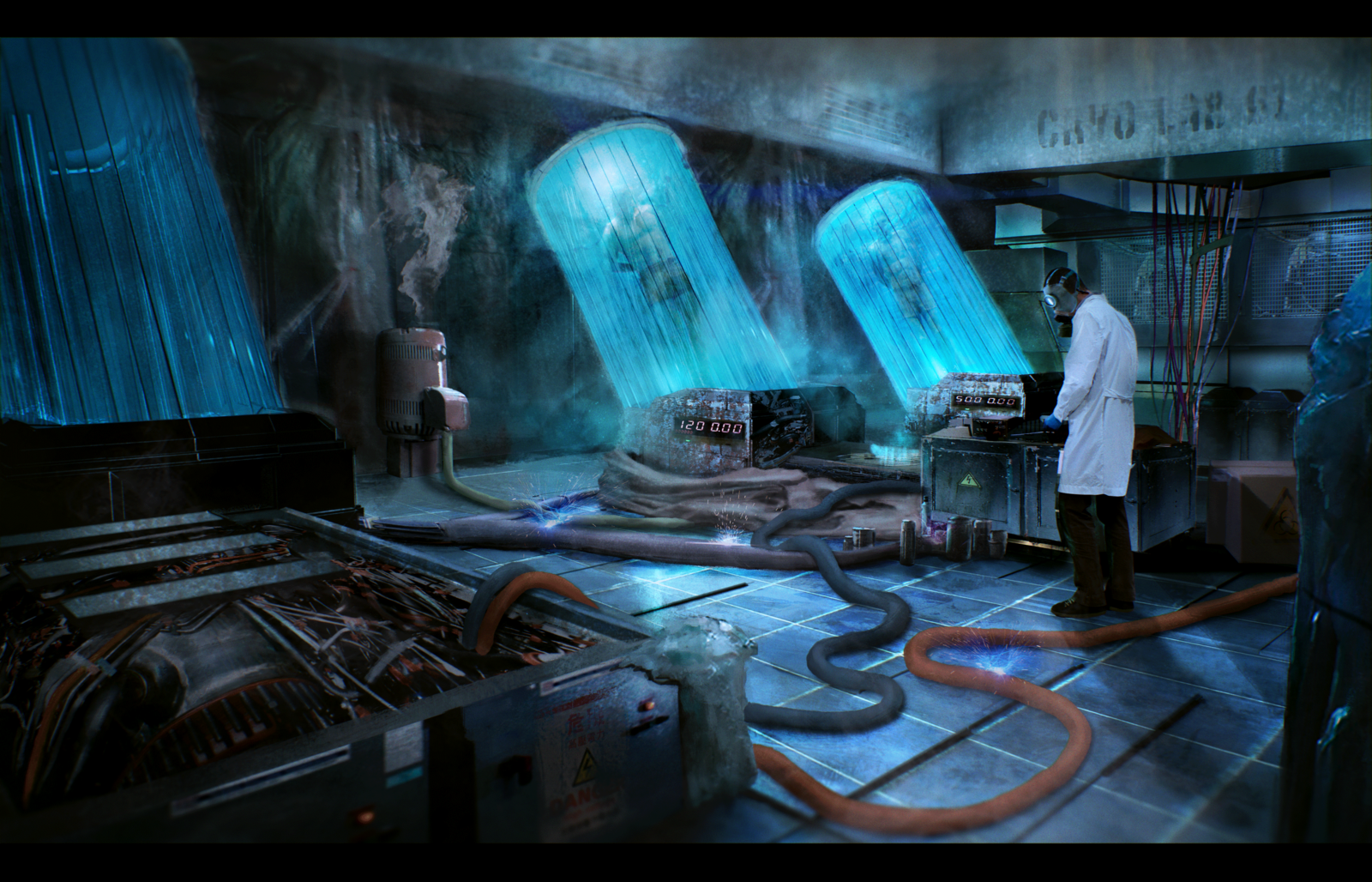 "Artificial human" was a term that had entered the common parlance to refer to a human that was "made" in a lab's growing tanks. Some called them ArHus for short.

Artificial humans weren't necessarily clones, though they could be depending on who commissioned them. Normally, they were made "from scratch," though various traits were cherry-picked in their "design" to put them in line with their intended purpose. Soldiers were generated with strength in mind; others might have their potential intelligence focused on, and there were a few that were created with the aim of growing up to be "beautiful." Some could be spawned as adults with a few memories pre-programmed through brain implants, but most of them were born as babies or young children.

Families who willingly adopted ArHu children were often viewed as eccentric as best and downright dangerous at worst. Many suspected they were up to no good with their genetically engineered children, that the children were doomed to be used and abused. As if that wasn't bad enough, ArHus were required to have an identifier on their papers and IDs, and discrimination occurred no matter how many flimsy regulations were put in place to stop it. Either they were inferior to "normal" humans, or they were abominations, or some other reason to fling invective at them was found.

Cassandra, an ArHu child who had been taken in by a rich family, had been told numerous times never to tell anyone she was born in a lab. Normally, she was a good girl and kept the secret, but she had a feeling that certain people knew about this anyway. Her teachers seemed to regard with either coldness or complete avoidance. It made her sad when her teachers never called on her, but she still kept raising her hand anyway in the hopes that one day she would be called on.

That day finally came. During history class, the topic of the first clones came up, which naturally lead to mention of artificial humans in general. "How are artificial humans made?" the teacher asked, and Cassandra raised her hand. She could have squealed in delight when she was called on, but she didn't. "Cassandra?"

"Artificial humans are made in special labs! They put growy stuff in a tank and wait a while, and a person comes out!" Cassandra beamed. On some level, it gave her a sense of pride to engage with her origins. Cassandra took the bait, slamming on her desk and standing bolt upright. "I do too have a soul, and don't you dare tell me I'm not a person, you jerk!"

The room went silent. Cassandra thought the air in the room somehow got colder. The boy in the seat to her right scooted over slightly away from her. The looks she was getting were a mix of incredulity and anxiety. Feeling the heat of embarrassment rush to her face but not quite sure why, she sank down into her seat. The teacher proceeded to continue the lesson as though nothing unusual had happened at all, which left Cassandra thoroughly confused.

When the bell rang to dismiss class everyone got out of their seats, Cassandra noticed that people seemed to be moving away from her, as though her mere presence was enough to push people away. Still, she had a best friend that she could rely on for anything. In the crowd of other children, she called out to her friend. "Millie!" Millie didn't respond; in fact, she just kept walking. Cassandra continued to call out, getting more impatient, until she finally cornered Millie against her cubbyhole. "Millie, what are you doing?"

"Um." Millie looked visibly uncomfortable, clearly looking for an escape. "I'm sorry, Cassie. I don't think my mom will let me play with an ArHu."

"Why not?" Cassandra asked. "What's so bad about being an ArHu? I mean, that doesn't make me anyone else, does it?"

Millie shrugged. "I don't know. But lots of people are scared of ArHus."

"Are you scared of me?" Cassandra asked another question.

"Are you saying I'm not normal?" Cassandra's tone became almost pleading as she realized that her best friend was turning against her.

Millie's eyes narrowed. "I have to go back to homeroom," she said suddenly, giving Cassandra a rough shove and darting past her, making a clean getaway.

Cassandra stared off in the direction her former friend went, tears pooling in her eyes. Without hesitation, she burst out sobbing, stunned at how everyone was turning against her.

No one came to comfort her.

This post earned a total payout of 3.042$ and 2.287$ worth of author reward which was liquified using @likwid. To learn more.