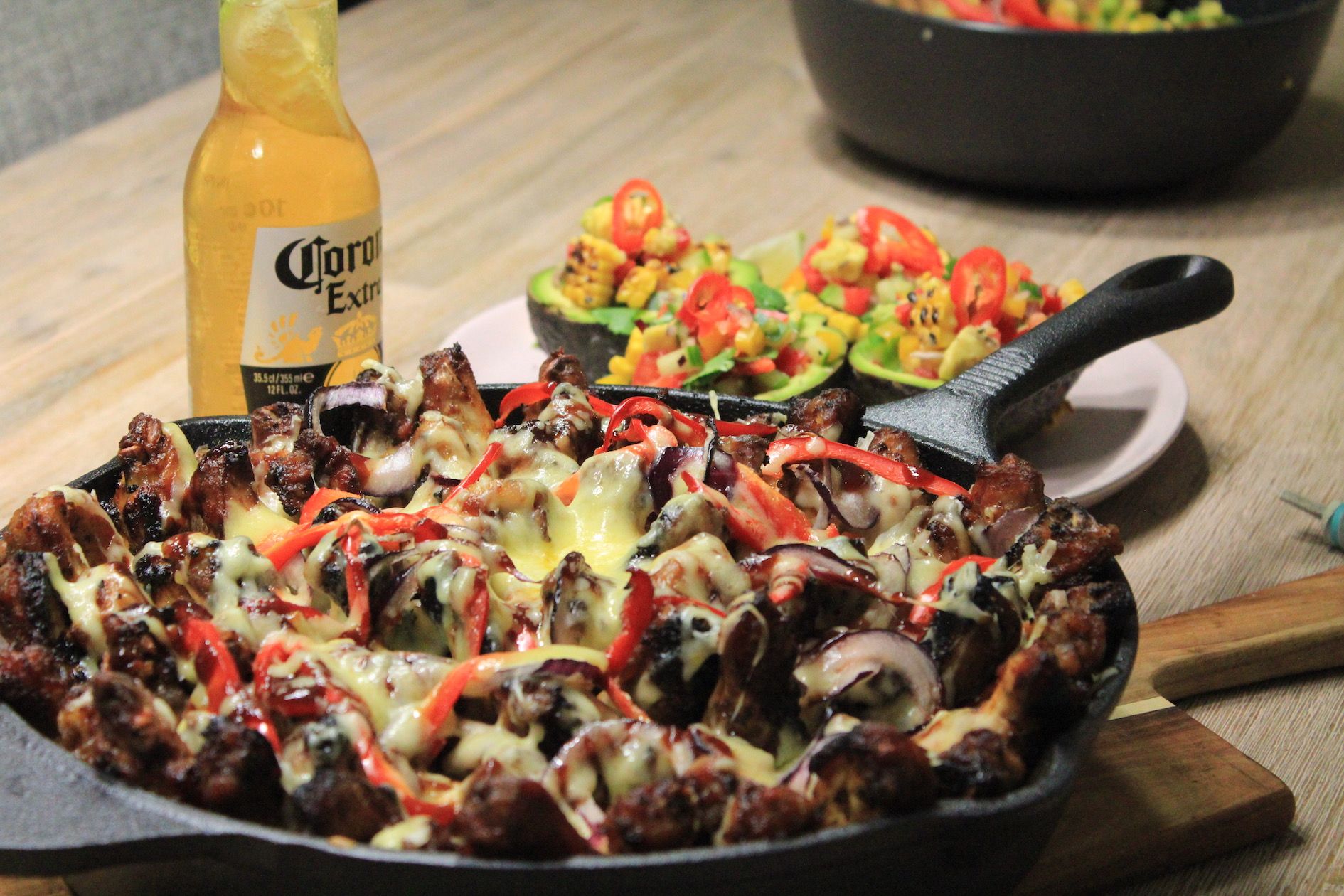 I was not a fan of Mexican food. I don’t really have anything against it. For quite some time, it has been quite inaccessible in parts of Melbourne. But things have changed. Mexican restaurants have started popping up everywhere. Still, I haven’t converted over. I can’t remember the last time I set foot in a Mexican restaurant. After this week’s challenge things are about to change. I’m a new convert. And if all of the food is as good and fun and fresh and exquisite as the one I got to prepare for this contest, then I’m on a plane to Mexico.

Entering this contest, I gave myself an outsider chance (in horse racing terms). I wasn’t sure how I can pull a dish that I’ve never attempted before. I did a lot of research, but it was all theory. However, I did learn a lot and this help sway my initial bias. Mexican food is neither spicy nor heavy as is the common perception. In fact, genuine Mexican food is flavoursome, and has a freshness to it due to the use of herbs, citrus and vegetables. One Australian site I visited even used the terms “vibrant, delicious, fresh, fun, and colourful.” And I must wholeheartedly agree to all these descriptions.

Over time I’ve learnt to perfect some dishes through practice. But here I was taking a stab in the dark. I had no actual reference and to be honest I don’t generally taste my food while I’m cooking. I’ve always preferred to wait till the end to decide whether it was successful or a disappointment. So from what I’ve learnt Mexican tend to use bell peppers, avocado, tomatoes in their recipe, so I needed to come up with something that embrace the use of these fresh ingredients. Tortilla is also a big part of the culture, I’ll just have to teach myself how to make them. During my research I also came across a few “fake news” surrounding Mexicans quasi worship for chickens! Obviously this is not true. However they do have an obsession for cockfighting (I even watched a video of it!!). So I’ll have to include chicken in some ways or form.

Prior to finalising my choice I did some social media digging and came across an interesting concept which could be adapted to this week’s contest. And it was definitely the “twist” that I always like to add to my dishes. So it is going to be a chicken wings Mexican fiesta which incorporate most of the traditional ingredients. This dish was everything I expected. I started cooking shortly after lunch and the food was ready at dusk! It was a long but fulfilling cooking day. As we tend to do, we had @family.life, @tomekkk and their 2 gorgeous daughters for diner. Even little Abigail had a great time munching on her chicken wing. 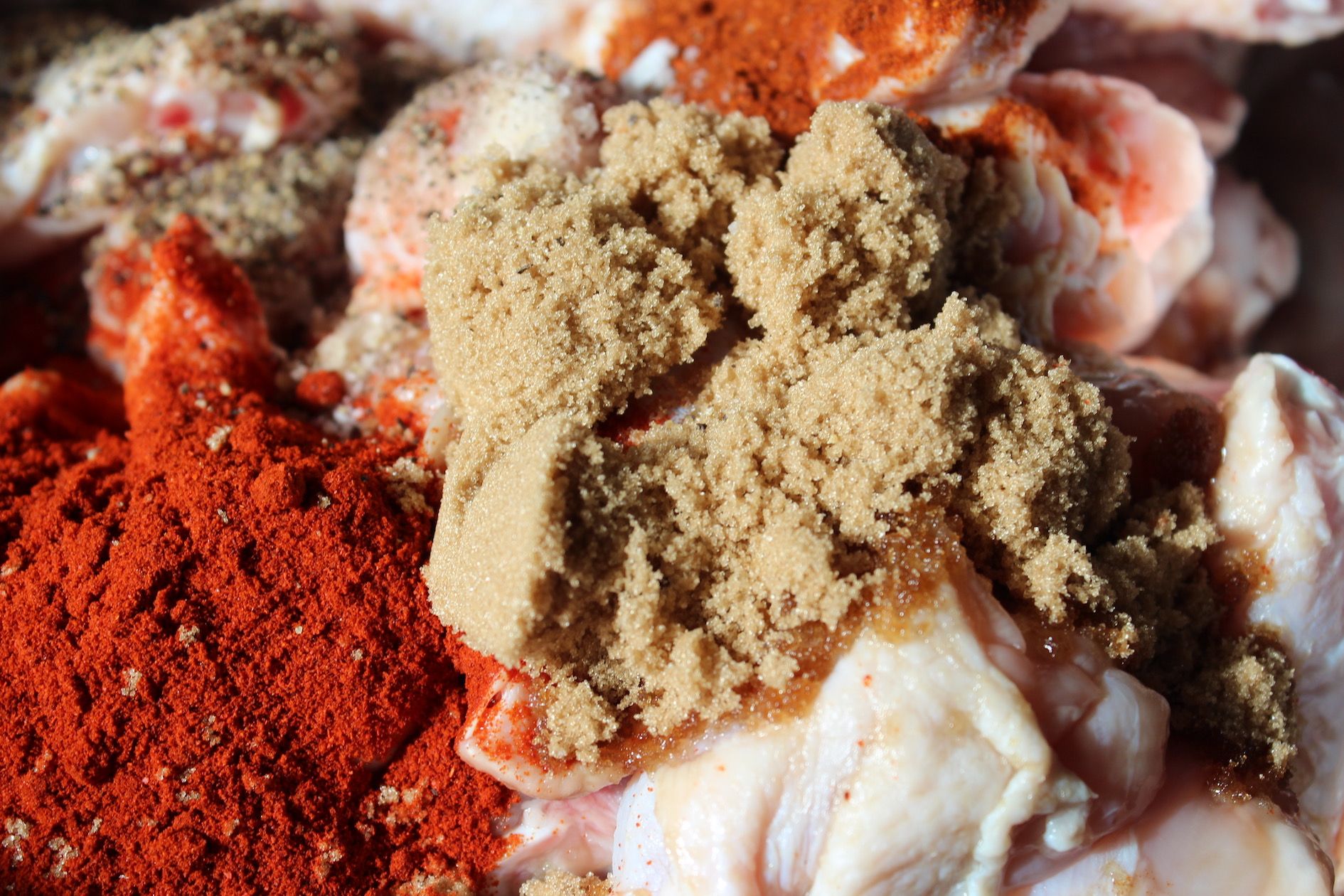 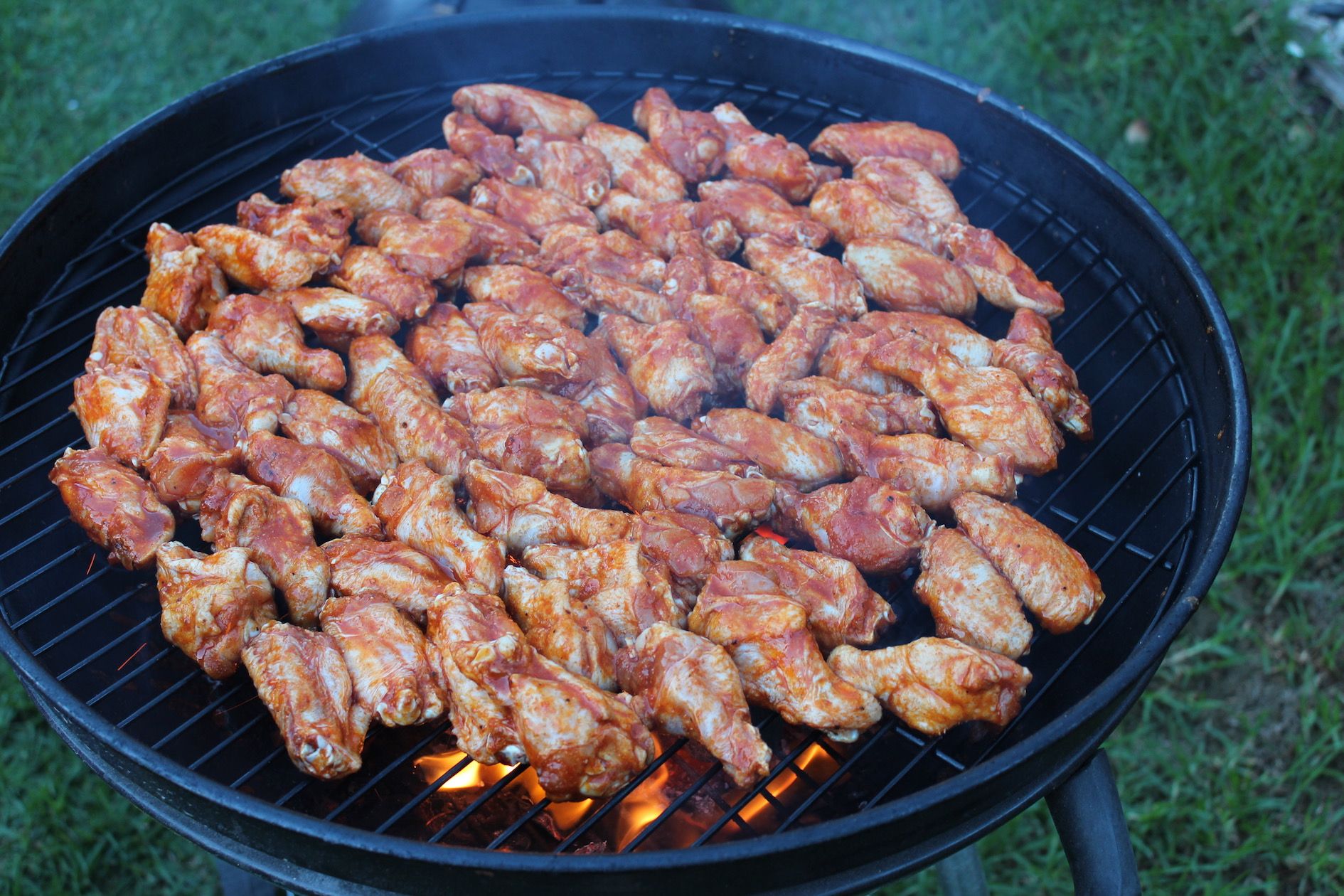 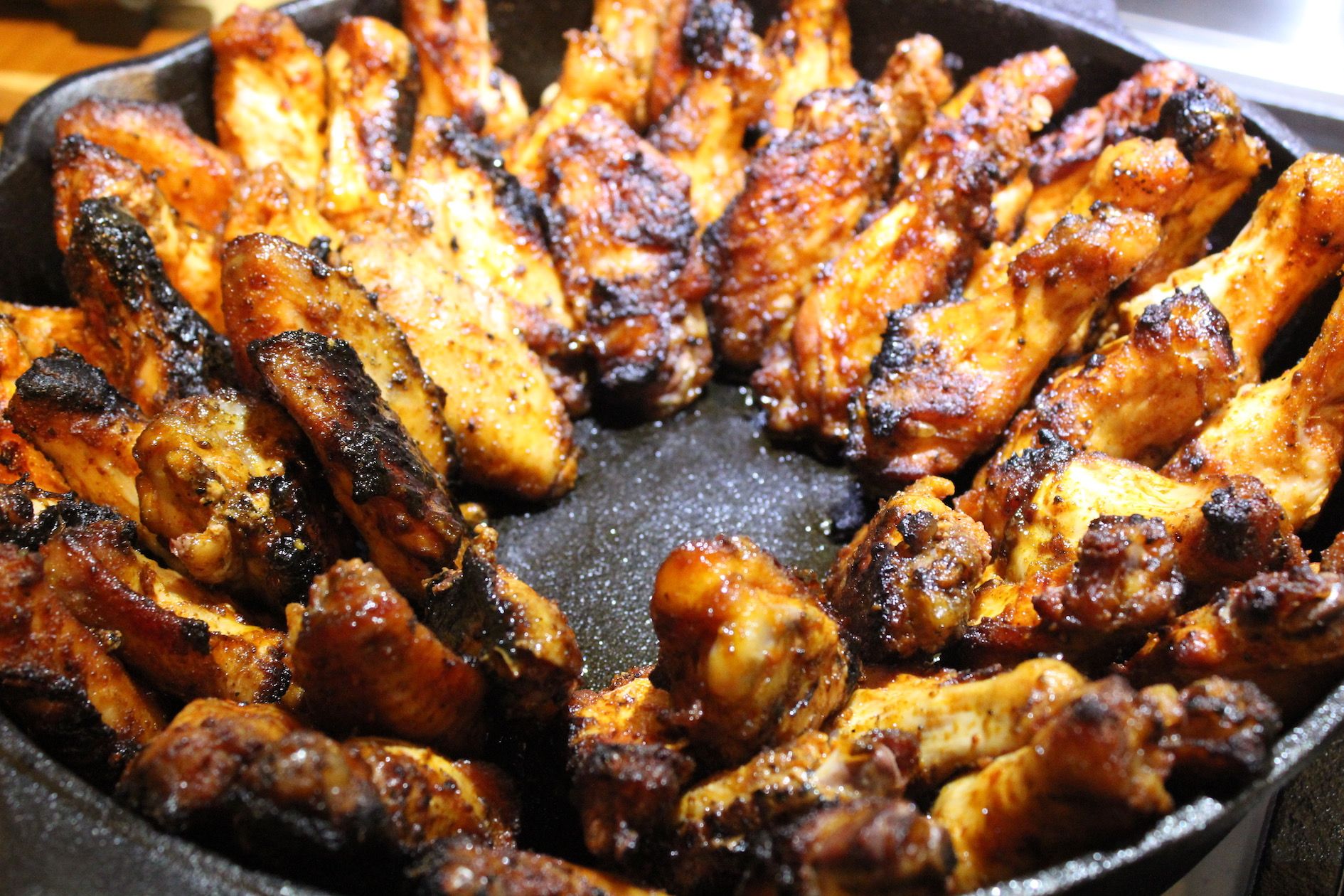 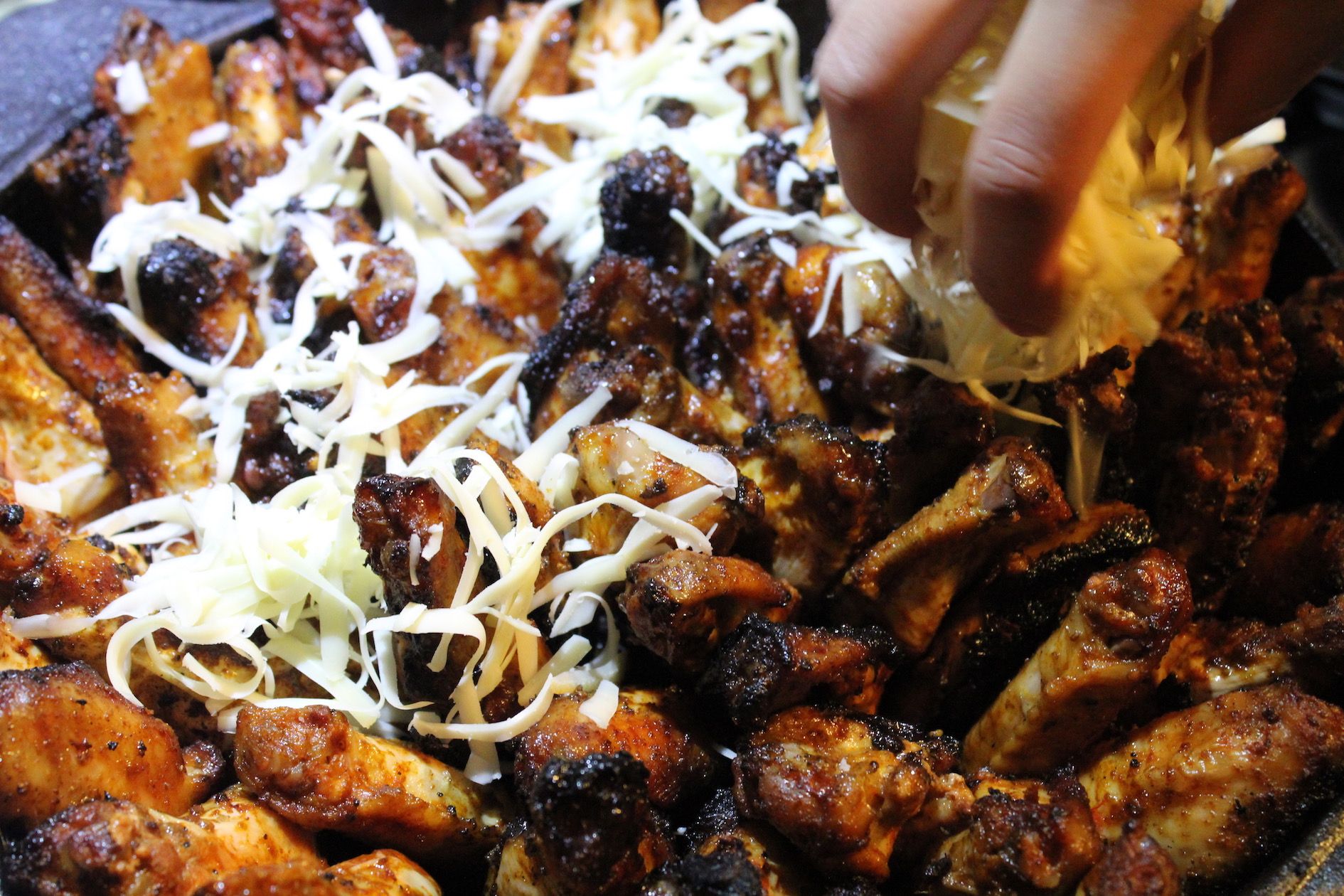 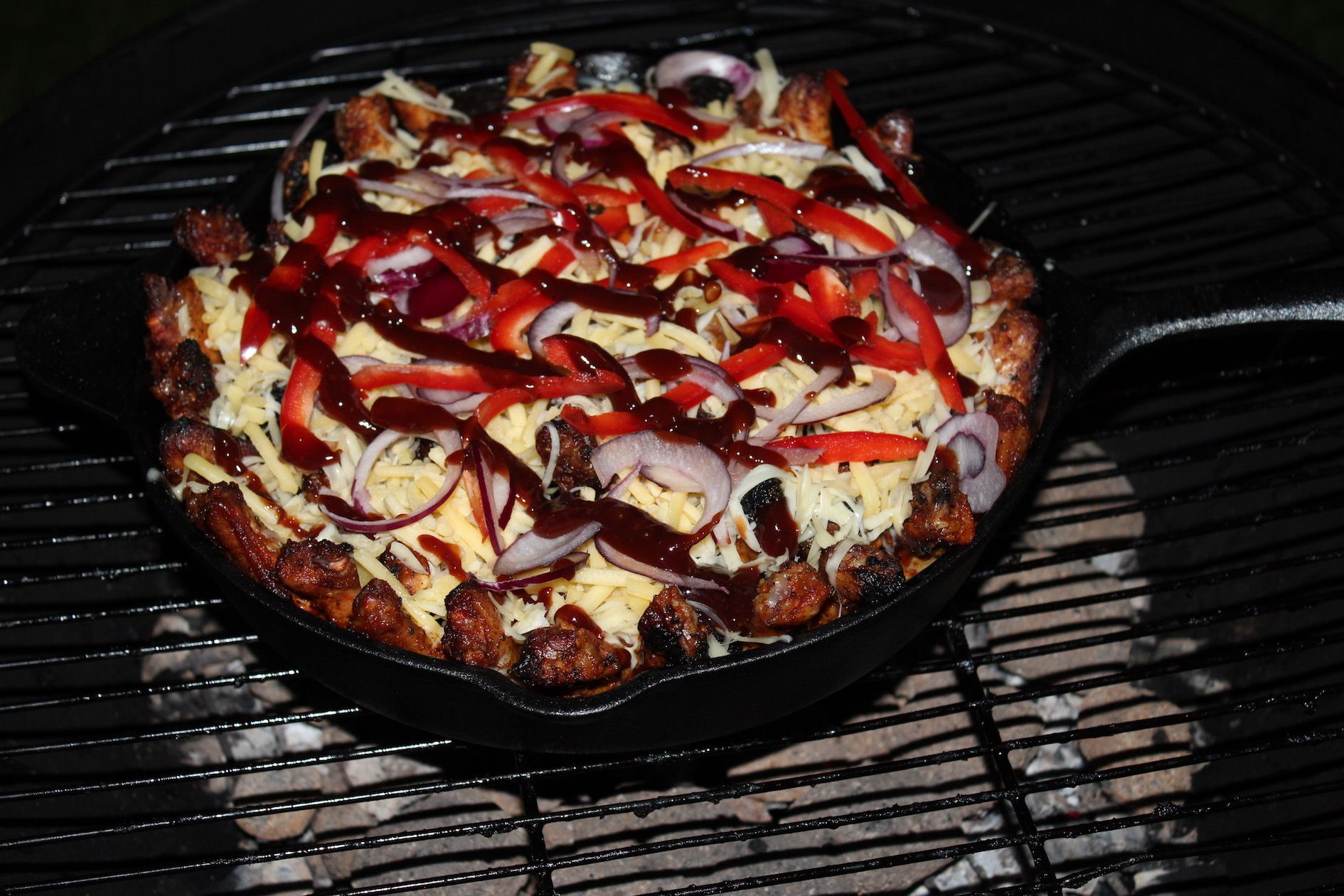 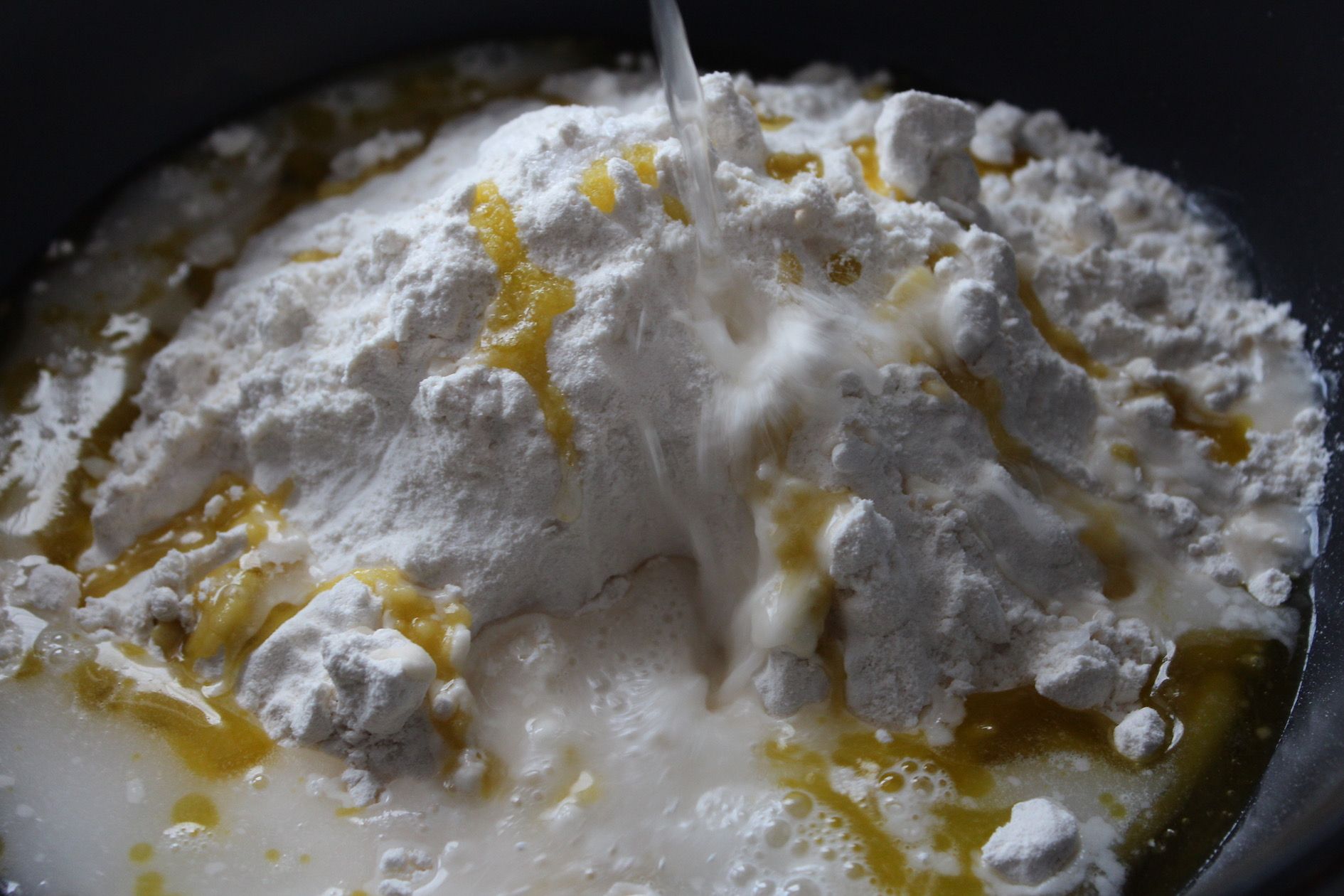 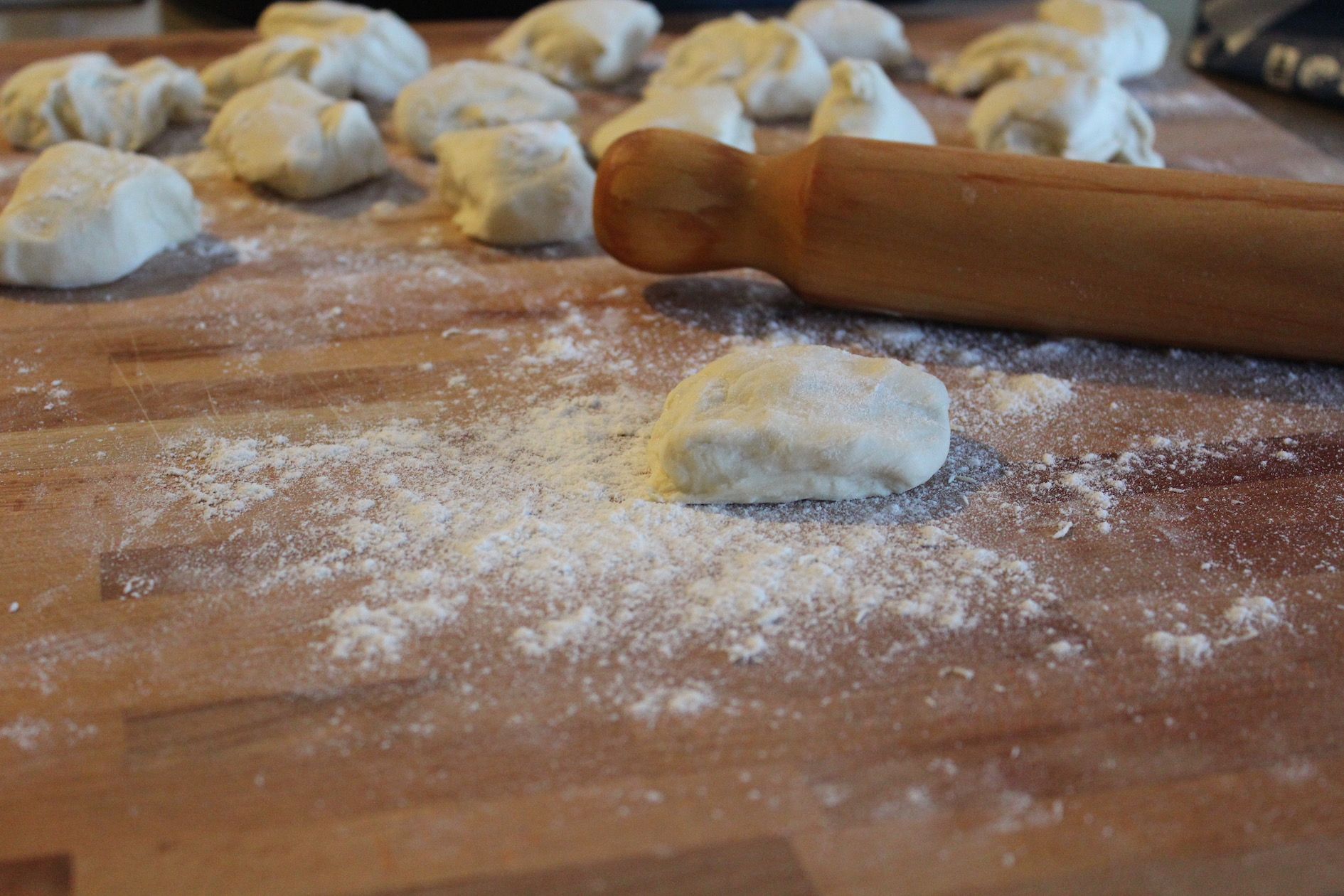 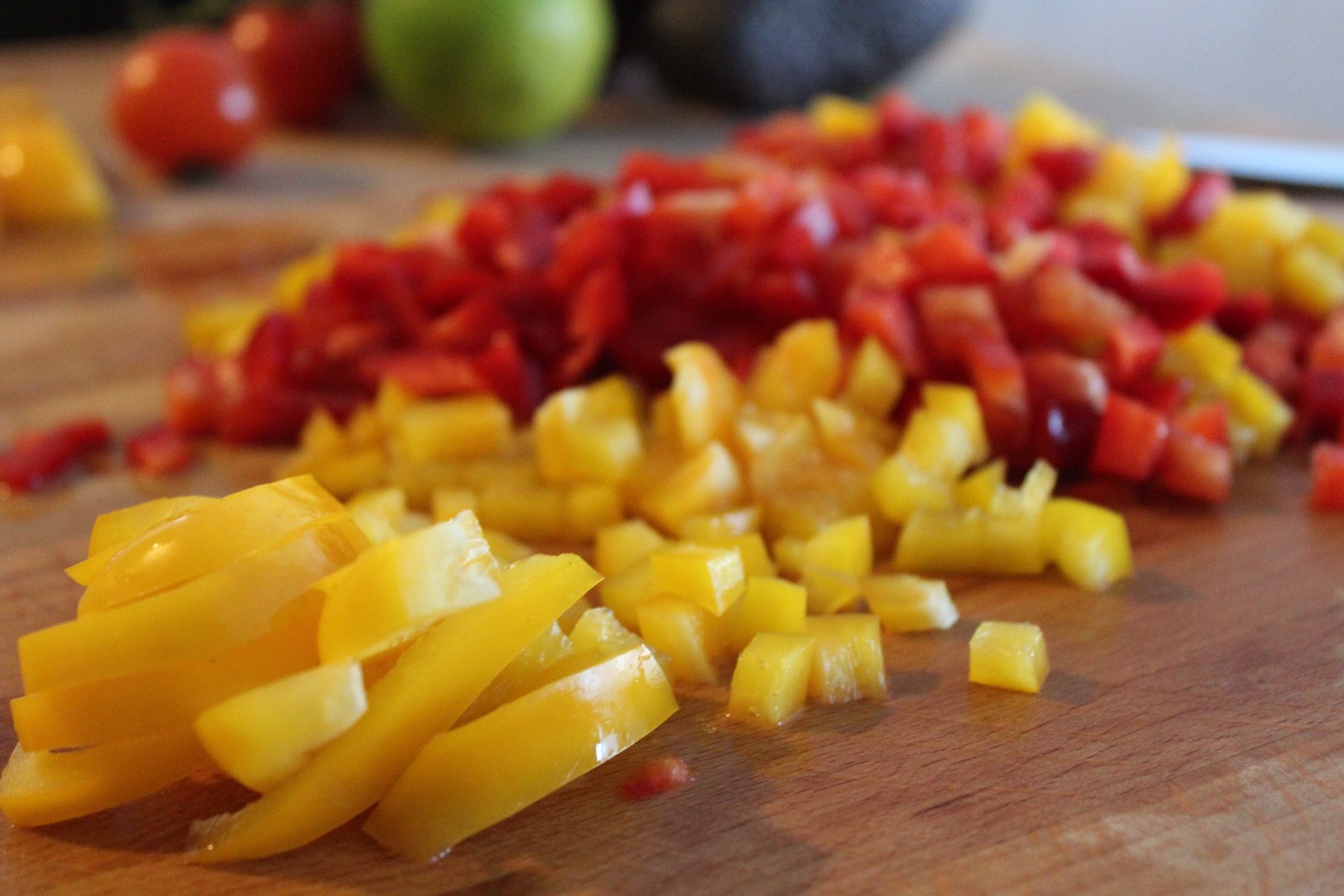 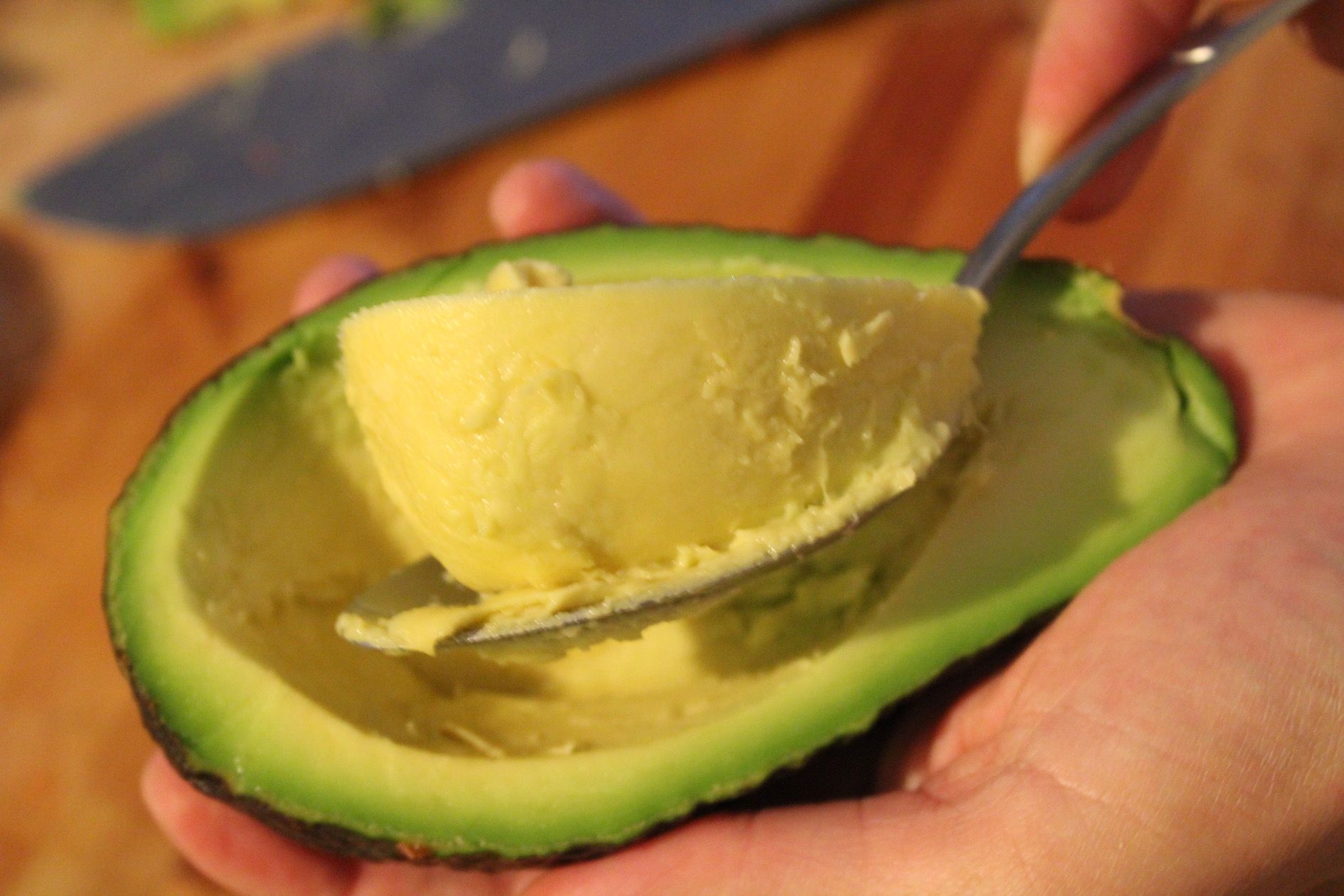 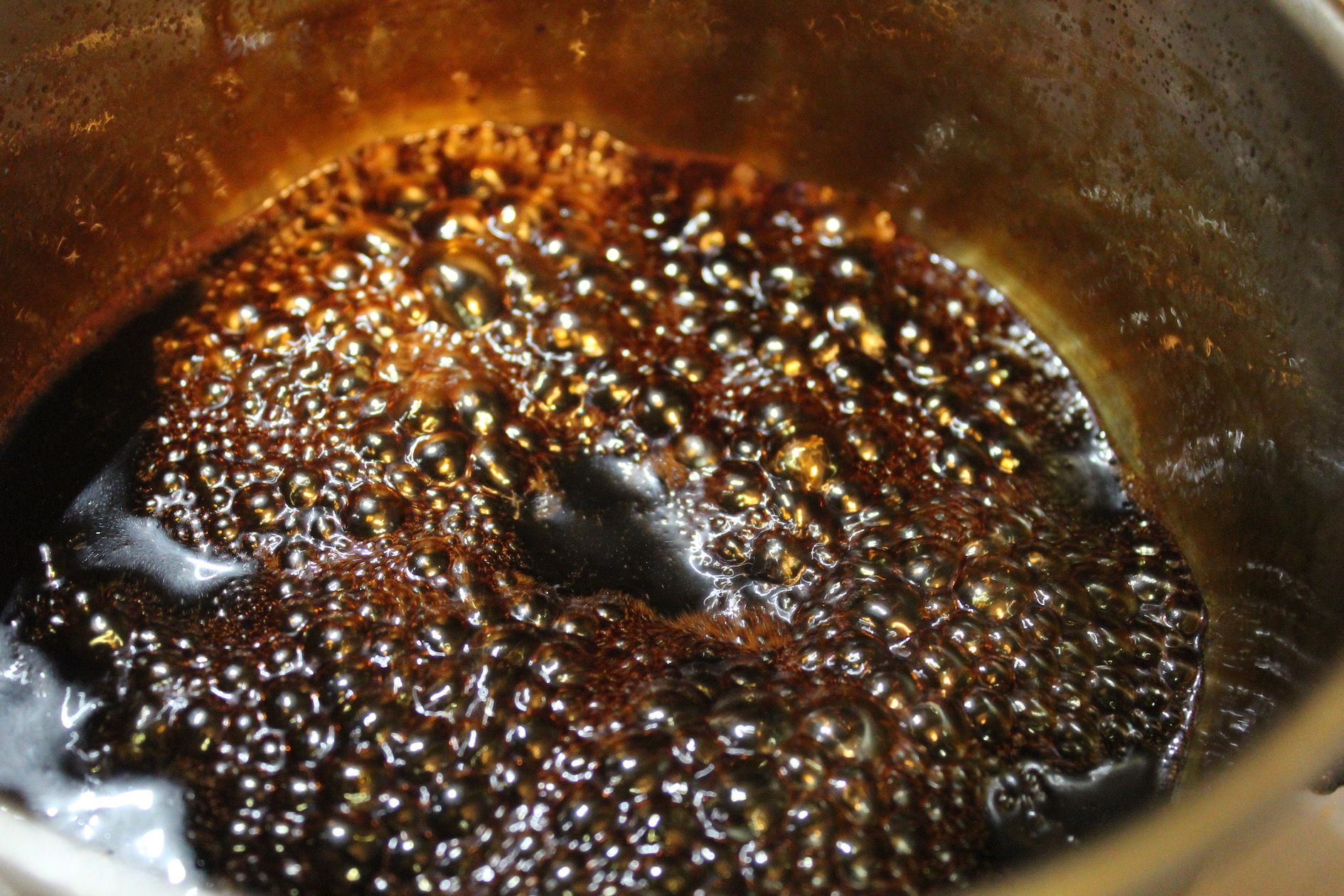 Plate the different components of this dish adding the balsamic vinegar glaze to the salad and don’t hesitate to use your fingers to dig into the chicken wings. By the words of @tomekkk this was by far “the best contest food he’s been invited to taste!” And without blowing my own trumpets, I believe so too. So much so that I’m making it again next weekend for Mother’s Day!!! 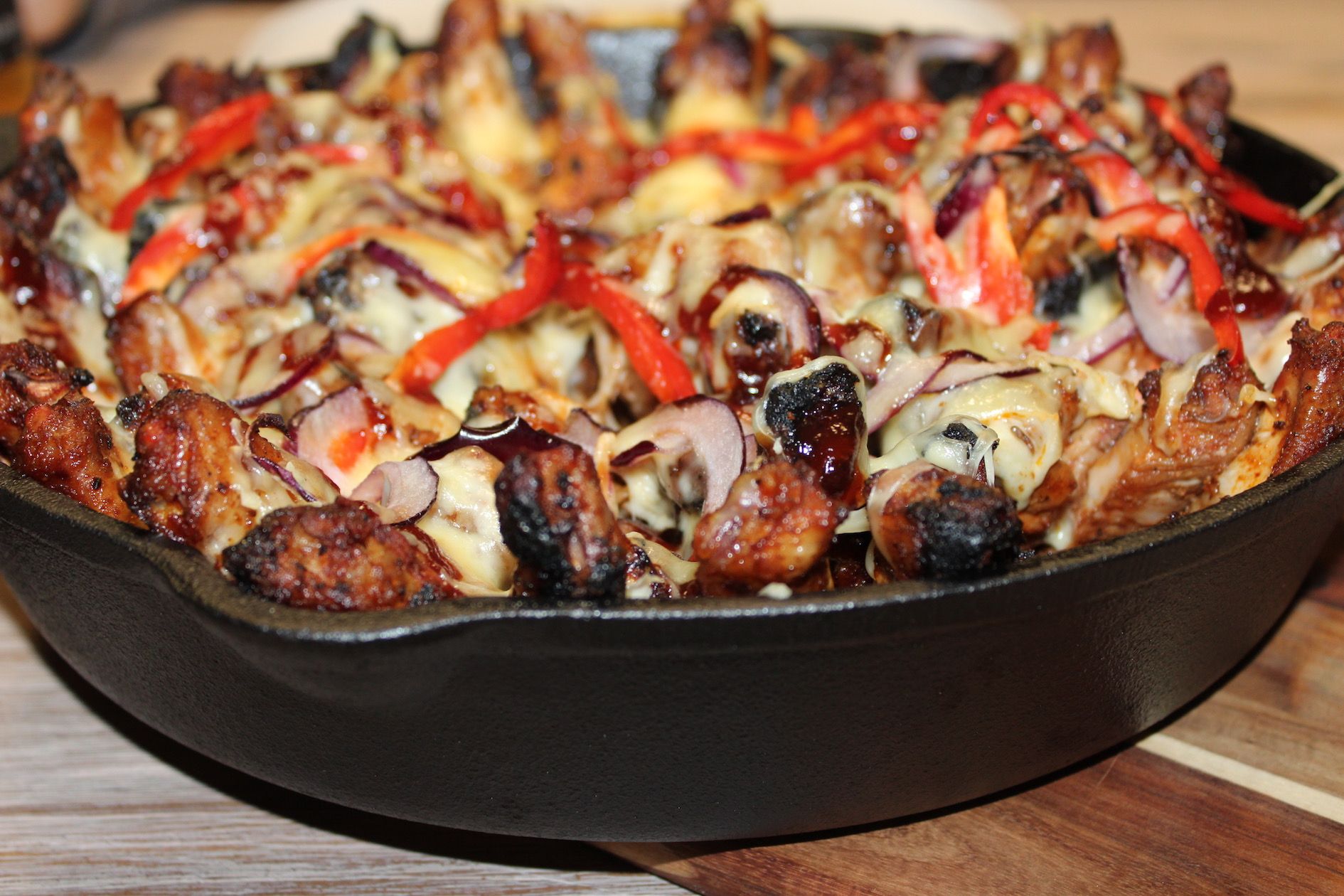 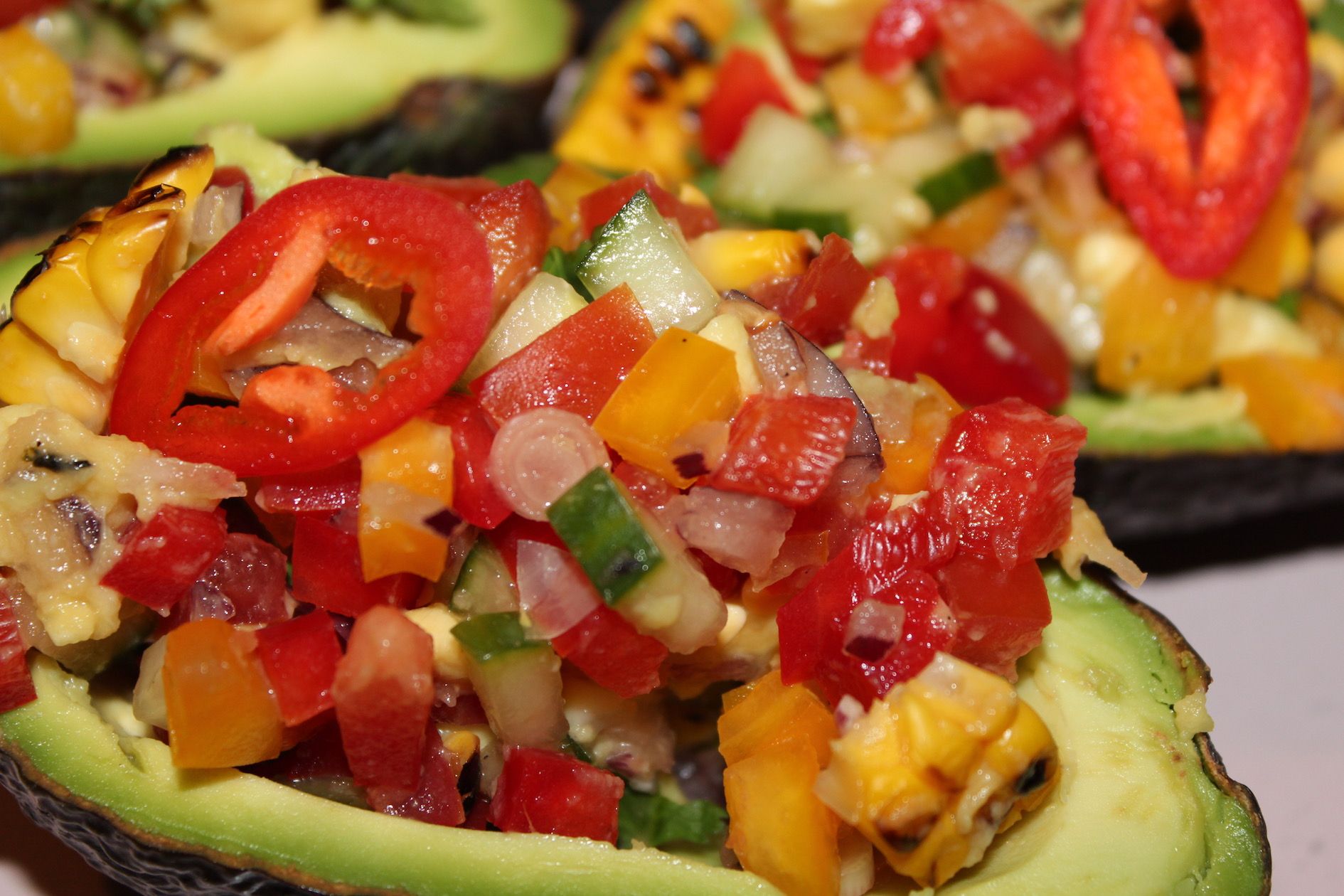 Man. That looks awesome. Limes, chipotle and coriander make Mexican for me. Tacos have got quite popular in Melbs haven't they?? I went through a stage of making my own tortillas. Bought a tortilla press and all! There's a place in Northcote that sells them.

Thank you. I will have to start checking out the new places especially Mexican ones. We having gone out for dinner a lot since the birth of my daughter so definitively looking forward to restarting at some point.

Dinner was amazing thank you! I will try making it and hope it will come out at least close to this one.

Hahahahaha thank you. As we’ve discussed it is very easy and straight forward although all the picture taking does add to the total time. Will come to your place next time to enjoy it!

All I can say is WOW - this is a definite must try. Love all the ingredients and your photographs really make you crave the food. Well done @foodforsoul

Thank you very much. It was so good too but did take some time to have everything done; time as preparations and waiting around!

I had seen your photo on the link on the CwU #9 post and I thought your dish was just delectable. But looking at more photos above on this post, I'm even more impressed ... and hungry! The chicken wings look nicely charred, tasty and moist while the avocado boats looks chunky and creamy at the same time. Fiesta is correct!

Glad you are a convert. Also appreciate sharing your story and the time you spent researching, planning and creating your dish. Thank you @foodforsoul!

You are most welcomed to join this Saturday as I’m preparing another 6kg of the wings!!! We are having family over for dinner and my brother in law was quite upset last week as he missed out on the wings! Thank you again for the kind comments.

I'd be there on Saturday except that my son and sister are visiting =D. I'll take a rain check!

Sticky fingers for days, this is right up my alley! Your tortillas look gorgeous too! Love the shots of the wings on the bbq and that cheesy pull! As for adding to the reason you're a convert of the cuisine, go and try a churro. O.M.G.

It was a really good dish to prepare and we had so much fun eating it afterwards with bare fingers and gulping the salad straight from the avocado cups. I’m getting a new iron cast pan sometimes this week and will now make another 6kg of these amazing wings on the weekend! We had churro in Barcelona and it was great. But I must admit that we had paella in all its shapes and forms on a daily basis there!

LOVE cast iron cooking. We have something called a 'potjie' here, a large cast iron pot on little legs we use to make stews over an open fire. I'm convinced the flavour it imparts can take any stew to another level. Look forward to seeing your wing feast (if you're posting it, I hope you do!) . Now I'm craving paella!

This dish is over the top! The chicken already looked amazing when it came off the grill and then you put a blanket of cheese, onions, peppers and bbq sauce! It really looks amazing. This a perfect dish for just about any occasion! I also liked your salad in the avocado cup and your fresh tortillas. I can see that you really brought your "A" game this week!

Thank you it was really good indeed and I dare even say it was one of the best wings we had.