Why War in Syria? Petro Dollar! 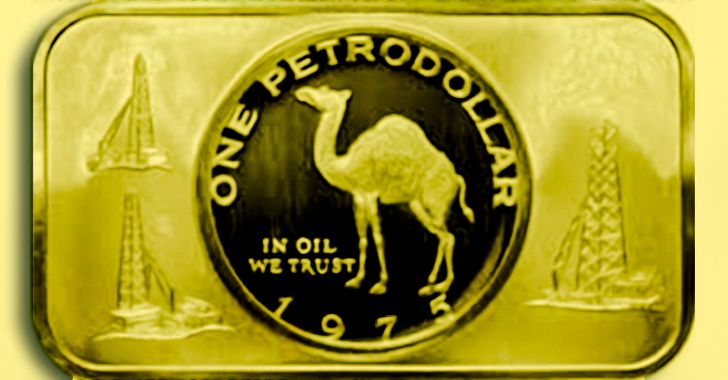 The critical reason for the manufactured crisis in Syria is the US petro dollar will eventually become threatened by introduction of the Chinese petro yuan which entered international trading markets two Mondays ago.

The world's largest importer of oil since 2010, China economically and militarily has recently aligned with Russia. The two super power nations have especially teamed on the Belt Road Initiative (BRI) which aims, using green infrastructure, to reopen the ancient Silk Road land and sea trading routes. This will involve Eurasia, the Baltics, the Middle East, the Stan nations and lower Asia. Future prospects for this project could even become a powerful lure for both Europe and India to eventually join.

Soon to see its Arctic resources combine with its Siberian resources, Russia leads the world in oil production recently surpassing Saudi Arabia. Also noteworthy is China’s petro yuan is backed up by the fact that China is the world’s number one producer of gold. Russia is third on this list. One then need ask what now supports America’s petro dollar? Is it a combination of debt and gold (US is #4 in gold production)? For many decades the US petro dollar has teamed with Saudi Arabia to dominate the world’s oil markets.

Now you’re beginning to understand the nitty-gritty of it all.

It might also make sense to consider the role the BRIC nations (Russia, China, Brazil, India and South Africa) will play in the future, especially as the yuan dollar influence strengthens. The BRIC nations comprise lots of consumer power, 41% of the earth’s population. Already, Venezuela -- #1 in proven oil reserves -- has forsaken the petro dollar and BRIC is now appealing to many South and Latin American nations.

What's This Got To Do With Syria?

It’s a hard cold economic reality that Russia presently supplies most of Europe with its oil.

To help protect the value of its petro dollar the US desperately wants an oil pipeline to reach from Saudi Arabia, through Syria and Turkey on into Europe, this as an effort to steal Russia's oil sales to Europe in order to help keep the US petro dollar strong. Sort of like flying two balloons on one string!

Russia has long been Syria’s ally. Russia has two major international naval ports. One is located on the northern coast of Syria where it stations its Mediterranean Fleet in Tartus. The other is Crimea (recently again becoming part of Russia) where it ports its Black Sea Fleet, this since the time of clipper ships. Both seas connect through Turkey’s Straits of Bosporus. It is thus in Russia’s national security interests that both of these ports remain protected.

When Syrian president Bashar al-Assad said no to the northern pipeline proposal -- for obvious reasons given its alliance with Russia -- Syrian regime change became a primary goal of the United States, Saudi Arabia and also Israel. The greasy reality is that Israel illegally (according to UN mandates) annexed Syria’s Golan Heights and has discovered huge oil reserves there. A Dick Cheney-connected oil company is now drilling for that oil. Syrian regime change would also favor Israel as it would then get to keep the Golan Heights where it also draws 60% of its water supply.

When one factors all of the above, the reason becomes clear why the United States has armed, trained and provided intelligence and air cover for the ISIS and Al Qaeda terrorists -- using them also as an international excuse to allow a US military foothold in Syria. The US also has been using the SDF Kurds, who want statehood, as its proxy occupying military force in Syria.

Plan-A was to use civil war to remove Assad from power. Plan-B was to use ISIS and Al Qaeda to overthrow Assad. Plan-C, until the recent chemical incident, has been to fractionate Syria into separate territories. This is why the US, via the Kurds, now occupy Syria’s oil-rich territory east of the Euphrates River, and perhaps also why Turkey has now invaded northwestern Syria. Israel will keep the Golan Heights.

But now photos of dead women and children -- from what appears as a staged chemical incident -- have been planted into the consciousness of the world in order to justify a possible US, NATO, Saudi and Arabian military action. Unless reasonable minds prevail this could set the table for the aforementioned nations to go against Syria, Russia, Iran, Lebanon and China in what could amount to World War III.

The bottom line? Sadly, dead women and children become inconsequential when trillions of dollars are at stake! Perhaps consider why the average age of the Middle Eastern population is so young -- pitifully, way too many have died in the cause for oil!

Please do pray for the well-being of reasonable thinkers!

[Interesting Facts: For every dollar the US spends on renewable energy, China spends three dollars. Where there was once an American Dream there is today a Chinese Dream.]

First and foremost, get off of oil and go green! Save the planet! Here are some other ideas: