Byteball Referral Update and a MUD 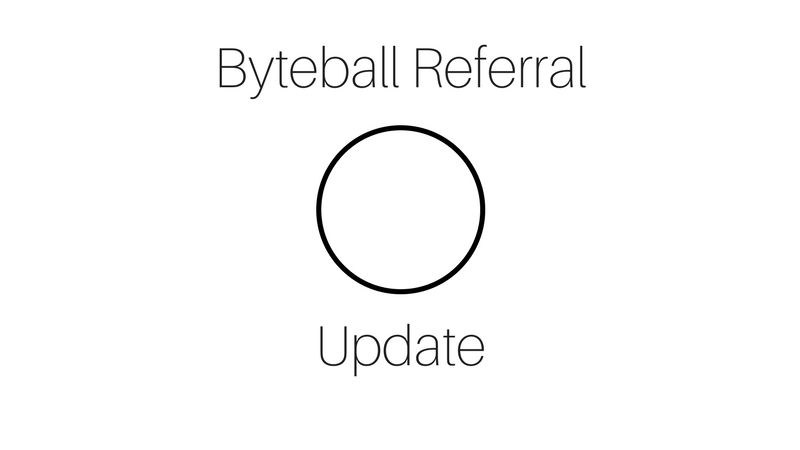 I just wanted to give a relatively quick update on how this has been going. I'm all for spreading adoption for tokens that I think show promise. (I'm also a sucker for free tokens).

Anyway, my current success rate with referrals is 4 out of 5 people.

For the number of ID verification attempts amongst all of us, there were 4 failures:

Feel free to read here as recommended by the Slack channel with other tips, just so you are familiar with what can go wrong. For instance, it seems Latin characters are a must on the ID.

Note that byteball is at a low, so it's even cheaper than it was when I last announced it. Let me know if you are interested! Cheers.

And if you are hesitant because of ID verification requirement, keep in mind that cashing out to FIAT requires such a step anyway unless you are doing something like local swaps. So you aren't really risking much. Right? And if you use Bittrex, then the ID verification procedure is already from Jumio (though apparently you can't re-use it).

Side MUD Note in Byteball

On a random note, I had a bit of fun playing with a Slice and Dice MUD they had as one of their chat bots, and someone recently put up a graphical interface for it. Here's a sample of it.

It's relatively interesting, with a claim of being "provably fair", by which they probably just mean the source of randomness can be verified. But you risk in-game tokens to attempt actions in the MUD. The advertised expected outcome is close to 98% (of the risked funds), which I supposed can be verified but I didn't bother. And note the return is negative, but very close to fair.

When you just start up, you get assigned "playmoney" for free. This token can be withdrawn and deposited to the game, and is a byteball asset. I was searching around the menus, and you do not swap "playmoney" for "byteball bytes". You should think of playmoney as test tokens, if you lose all of it you can create a new character with more playmoney, just to get a feel for the mechanics.

Then if you feel up to it, you can choose to deposit real byteball bytes to play the game, where the mechanics are the same but you are now gambling with tokens with the actual byteball currency.

It also has a social aspect to it, though I haven't seen anyone playing. And it looks like other characters can attack you as well. Scary.

Click the banners to learn more about each community!
#cryptocurrency #busy #gaming
3 years ago in #byteball by eonwarped (68)
$20.35
107 votes
Reply 8

If it's any help for anyone who is interested, $20 sits in my byteball wallet, courtesy @eonwarped :)

Well, it's worth less than that now :). HODL HODL HODL? shrugs

My upvote in this post is through my first steem-python code :)

Oh Eon. I completely forgot about this :O. Wow, didn't know it'd cost you so much. Eek!

All the ID verification stuff is a bit off putting. Gonna stack silver and gold for the zombie apocalypse :P

It costs but I make it back :P

This post has received a 1.27 % upvote from @booster thanks to: @eonwarped.