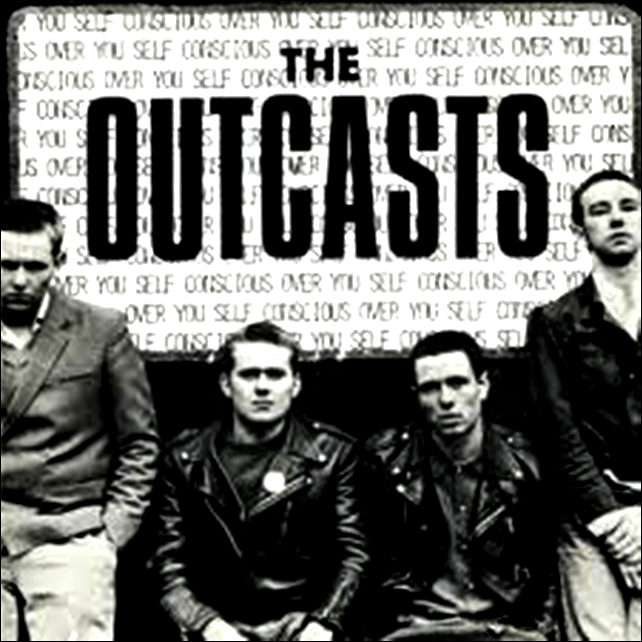 (Part I of the "Improving Proof of Work WITHOUT Off-Chain Solutions" Trilogy: GHOST)

The main goal of this article is to explain as simply as possible the "So what? Who Cares? And Then?" of the GHOST protocol.

I will NOT get into the deep, technical details of the protocol. That's what its Academic Paper is for.

Rather, I will give you the raison d' etre for GHOST; that is, the reason why it was created (i.e., the problem or condition to be solved) and what benefits the PoW blockchain can get from using it.

Revolutionary - During Its Time 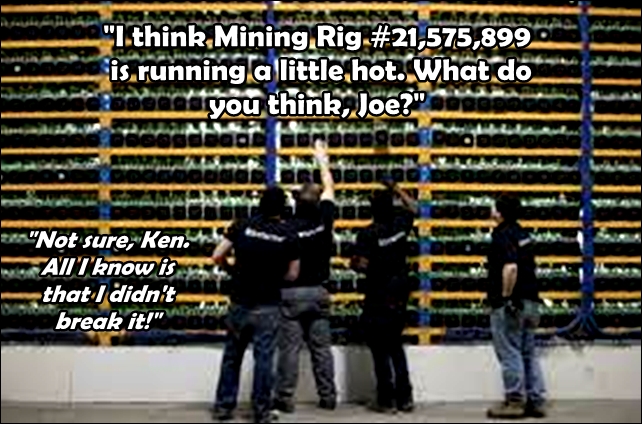 It's used in Bitcoin, Ethereum (until final Casper implementation), Litecoin, Dogecoin, and the bulk of the rest of the cryptocurrencies in the space.

Because we know it works - a big plus among the many other consensus algorithms that haven't been fully battle-tested or released in the wild. At this stage, it’s still revered as the groundbreaking "Grandfather" protocol. But most will agree, PoW is too slow to meet current and future needs.

Additionally, PoW's HUGE carbon footprint doesn't sit well with a lot of people. It requires massive mining operations that result in a form of centralization.

The power consumption of PoW rivals most third world countries. That's one reason why Ethereum is migrating away from PoW towards Proof of Stake (PoS). PoS is much more energy efficient and economically beneficial.

But in spite of its drawbacks, many users recommend and even current creators stubbornly cling to PoW.

Why do people have this love/hate relationship with PoW?

It works predictably. It works securely. It can be a modified PoW clone (a cut-n-paste, copycat PoW protocol) and still work fine.

And with the longest track record of any protocol for successful, real world operations, it has a huge base of loyal advocates and technical pundits (including Cardano's Charles Hoskinson).

Shhhh...Don't tell anyone about the Stale and Orphan Blocks!

There is much confusion over the terms "stale" and "orphan" blocks.

To add to the confusion is this widely accepted over-simplification:

But wait a minute!

In reality, orphaned blocks do have parents - the previous blocks in the chain.

And stale blocks have no children simply because the chain they are on is "stale" (shorter, old - no longer rewarded).

Yes, orphan blocks have parents - but their parent's hash field points to an unknown block (as in the case of a local node not processing it).

This means that the orphan can’t be validated because its ancestry record is not complete. In contrast, stale blocks have legit parents, but are not included on the current best block chain, likely because another chain was extended first.

Therefore, since they reside on a chain that won't be rewarded, stale blocks do not have offspring.

Stated differently, stale blocks were mined successfully, but happened to have the bad luck of being at the wrong place at the wrong time.

Regardless if it's Stale or Orphan, that block is barred from entry into "Sovereign Territory" ("The Longest Blockchain Holy Land") and must wander about aimlessly in "Mem Pool Land" with the other outcasts - again. And The Quest to become a recognized citizen of the Empire (an accepted block of the Bona Fide, Longest Blockchain) starts from square one - again.

This represents a tremendous waste of time, energy, and potential resources for the blockchain. 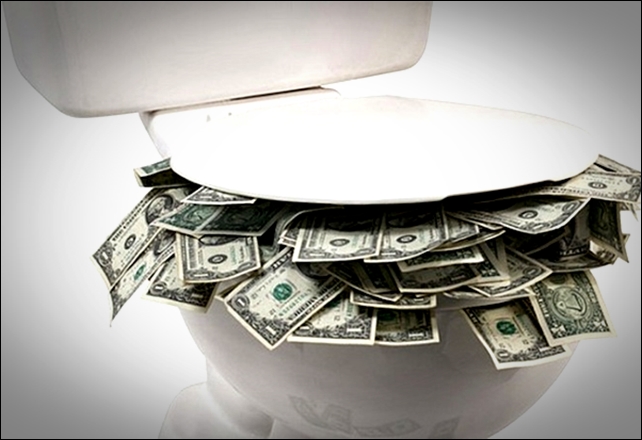 Given the fact that many people are already disturbed by the computer resources and electricity required for the PoW protocol, can you imagine how irate they would be if they knew the fate of stale and orphan blocks?

And how do you think they'd feel when they learned that every day, over 1% of blocks produced in the PoW protocol is a stale or an orphan block? Source (Base Source)
GHOST stands for:
the "Greedy Heaviest-Observed Sub-tree."

Created by Yonatan Sompolinsky (PhD candidate ) and Dr. Aviv Zohar, both of the Hebrew University of Jerusalem, GHOST is a protocol modification that implements a chain selection rule; making use of blocks that are off the main chain to obtain a more secure and scalable system.

It is not a Layer 2, Off-Chain solution (e.g., Lightning and Raiden Networks), meaning that it does its magic without creating semi-autonomous Off-Chain communities (branches off the main chain).

This pleases critics of Off-Chain Solutions who argue that it may be easier for a user to become an oligarch (powerful, centralized player) in a smaller place where the only requirement is to broadcast the beginning and end of transactions to the main chain - in essence, invisible the majority of the time.

Consequently, they could be a big pain in the ass if they should decide to go rogue. 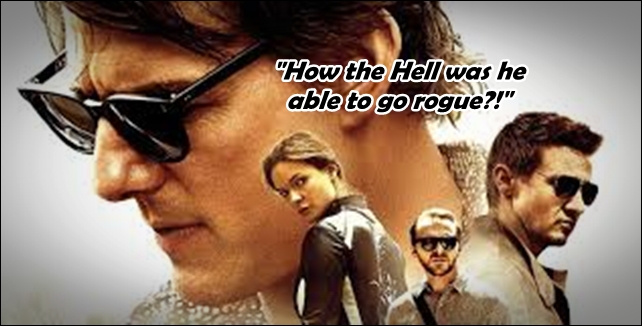 As promised, I am not going to go full geek-techy on you.

So, if so inclined, you can learn the technical details of how GHOST achieves improved security, scalability, and speed, by reading this paper by Yonatan Sompolinsky and Dr. Aviv Zohar:

In a Nutshell, GHOST is a Block/DAG Source (Base Source)
If you need information about DAGs and BlockDAGs, Click here.

Using GHOST, the blockchain drastically speeds up (handling up to 1 block per second) WITHOUT compromising the consensus authenticity and security.

Ethereum implements a simplified version of GHOST; digging down to seven levels of "Uncle Blocks" only.

What is an "Uncle Block"?

An "Uncle Block" is Ethereum's version of an orphan block, but with a slight variation.

Uncle blocks are still mined, valid blocks, but for some reason were rejected (akin to stale blocks). Unlike traditional orphan blocks, Ethereum miners are still rewarded for mining an uncle block.

And why does Ethereum limit GHOST to only seven generations of uncle blocks?

Because going any further would incur transaction-slowing, complications due to the large computational burden of validating uncle blocks. 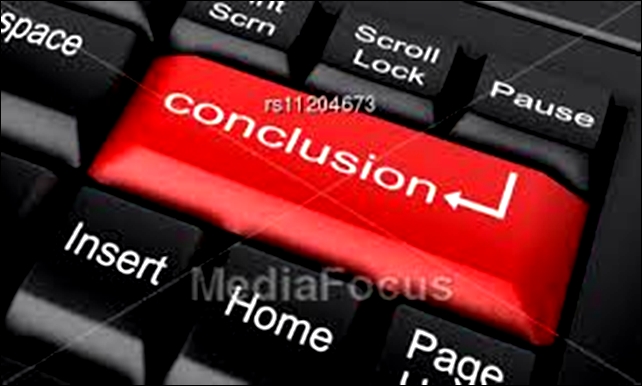 The GHOST protocol was created to address the stale and orphan block "Big Waste" issues by utilizing the weight of those blocks to strengthen its blockchain.

It also illustrated that pure, mono-style protocols may not be the answer to what currently ails the space and that hybrids like the BlockDAG are exciting fields of promise.

In order to ensure you have a balanced perspective, I must provide you with these caveats about the GHOST Protocol.

And I also must stress that there is no perfect protocol for every use-case and environment.

There is always a trade-off between security, performance, and scalability.

In fact, for every proponent of a certain protocol, there is one or more that will find a reason (legit or otherwise) NOT to advocate or use it.

In the spirit of full disclosure, the creators of GHOST acknowledge the following:

To GHOST, these blocks are difficult to deal with because they look like "a tie in a race or a draw in a fist fight" - no real winner or loser.

Consequently, the situation produces a circular kind of logic which takes longer than usual to solve. In other words, with too many orphans to deal with, a blockchain without GHOST may actually perform faster.

Lastly, like the majority blockchain protocols, the speed and scalability is a function of the protocol, not the capacity of the network (bandwidth).

Nevertheless, the GHOST Protocol was an important step in the evolution of On-Chain Scalability and Security Solutions.

(Part II of the "Improving Proof of Work WITHOUT Off-Chain Solutions" Trilogy: SPECTRE is forthcoming shortly.) Source
"My mind was a terrible thing to waste..." - JaiChai

"I appreciate all your support!"

Submit
$4.83
75 votes
9
Authors get paid when people like you upvote their post.If you enjoyed what you read here, create your account today and start earning FREE STEEM!
Sort Order:
[-]
d-zero (67)  ·  2 years ago

I'm convinced that on-chain scaling is the best way. I'm not the most technical person. NANO (https://nano.org/en) seems to have something solid. Also i saw this neat idea which may or may not work (https://steemit.com/cryptocurrency/@vimukthi/the-concept-of-hierarchical-self-purging-blockchains-explained)

Thanks for visiting, your kind words, and your solid comment.
Namaste, JaiChai

Your welcome! It felt like you have a good comedic sense in you too. You could try to flex that comedy muscle too. I recently tried it with modern art (https://steemit.com/art/@d-zero/amazing-artsy-photography-or-how-i-learned-i-could-single-handedly-cure-world-hunger-with-the-power-of-art) Hope you'd enjoy!

BTW what do you think about the future of BTC? It seems like it has no future to it. Projects like NANO and STEEM makes it look like one of those ancient computers with vacuum tubes.

BTC is evolving into a gold-like entity; meaning: Always Valuable, but inconvenient to spend!

Additionally, it's the gateway drug to the space.

Think of it, the majority of cryptocurrencies still can only be purchased with fiat or BTC (with BTC being the preferred payment by most exchanges).

So it's much like a temporary reserve currency until fiat-crypto trading pairs get more popular.

I love your work. Keep it up. I left you a small bot tip, few SBD, what i could spare. You really helped me understand these topics even though i consider my self someone that is just starting up with cryptocurrencies.

I appreciate your visit and kind words.
Thanks.
Namaste, JaiChai

I upvoted your contribution because to my mind your post is at least 9 SBD worth and should receive 48 votes. It's now up to the lovely Steemit community to make this come true.