If the "Bench" team can pull this off, the blockchain/cryptocurrency industry is instantly transformed. It is also ready for mainstream adoption.

I wrote a post about this earlier which explained what is happening. It might be best to read it before going further into this one since it provides some information that might not be covered here.

As they say more will be revealed so I have some further clarification on what is happening.

From now on I will refer to Bitshares 3.0 as Bench. Please bear in mind that Bench will use the Bitshares token hence is not going to negatively affect anything that is taking place on Bitshares 2.0. At the same time. since businesses are being set up on that blockchain, any upgrades, adoptions, or integration of Bench will be up to the Bitshares community. 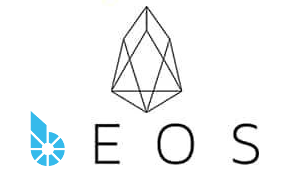 Bench is taking the experience of those involved in graphene technology and combining it with the EOS. Hence, everything that EOS does, Bench will do. Bench also will incorporate some other innovate ideas and features from other blockchains. Thus, the intention is make Bench the blockchain that provides interoperability between all chains.

A way to think about this is as such....

Bench is underlying it all while incorporating all that is on top of it. This means all the power of Bitshares and EOS are available to anything that is built on here.

Essentially, bench is simply adding a new layer of infrastructure.

And this layer is meant to unify the entire blockchain universe.

The Bench team has a goal to build a clean, simple interface that is modular in design. Like web browsers, this will allow for people to add extensions for the features they want to use. Someone who is using the platform as an active trader is going to require more features than someone who only trades once every 6 months. Both will be able to configure the interface how they desire.

At the same time, a universal wallet is now possible. Since other tokens can be plugged into the wallet, we now have the possibility to important ETH, BTC, or anything from another blockchain. In fact, due to the "wrap around" feature written into Bench, any smart contract on any blockchain can be imported. This ends the days of disconnect between blockchains.

As the previous article noted, the fact that atomic swaps are going to be built into this means that all other tokens can be converted over immediately. This eliminates the hassle of having to convert to Bitcoin (as an example) before moving to STEEM. All can be done immediately and automatically.

To me, this is exactly what the blockchain world needs. It is presently too fragmented. This also leads to a ton of disputes. The key to this entire industry is development and then adoption by the masses. The average person could care less what blockchain something is located upon. The only thing that matters is the utility of the application and being paid (if that is applicable). This move allows for that.

What does this do for existing blockchains and, more importantly, the businesses built upon them? Does it destroy them?

On the contrary, it should improve their prospects long-term. Now, there is the option of something being on the native blockchain or using Bench when more horse power is needed. Also, Bench is a general chain whereas other blockchains, such as STEEM, are specialized. Bench seeks to incorporate the legacy blockchains too (amazing to use that term in an industry that is 9 years old), which should improve their value.

What this really does, in my view, is to take the development in this arena and kick it into overdrive. Developers will have the opportunity to develop cross-chain applications.

We can also see how this will start to enter the mainstream if the interfaces and wallets are simplified. Complexity is one of the drawbacks to the present cryptocurrency world. One of the biggest complaints from most about Bitshares is the interface is too complicated. Of course, the fact that it is rather generic also means that active traders, for example, do not have the features they want. Satisfying both parties is crucial. Modular designs does exactly that.

This has the potential to lift the value the entire cryptocurrency world. Blockchain is starting to gain headway. Those who are in at this point are seeing some of the trials and tribulations that any new industry goes through. The Internet was not without its challenges.

However, we are also getting close, if Bench pulls off what it is intending, to seeing a major breakthrough in how this industry operates. Like the early days of the Internet when things were fragmented due to a lack of interoperability, we are now witnessing the possible unification similar to what happened in that industry in the 1990s.

An industry that is mysterious, confusing, and fragmented does not have a ton of value. Yet one that is simplified, easy for the masses to understand, and cohesive is worth a ton.

Something like this could be the golden nugget that joins all of cryptocurrency. Hence, the battle will not be crypto A versys crypto B but, rather, cryptocurrency versus fiat.

Anyone want to guess who I believe will win that one?

To receive the free basic income tokens you are entitled to and help end world wide poverty, please click the following:

Bench is probably the most aggressive project in terms of the scope of impact it might have. But the BitShares community probably has a half-dozen paths to expand its influence and I'm supporting several and rooting for them all.

As a Bitshares hodler myself, I am rooting for the entire platform.

I feel it a disgrace that Bitshares is a 30 something token in terms of marketcap. That is a joke. This is a top 10 easily.

That is why pricing action should be ignored. At some point, the market will realize what is going on in this industry and who the leaders are. When it does, Bitshares should explode upward.

I am patient with it. Another 6 months of development will put Bitshares in the top section of the class. At that point, the world is going to understand what the platform offers.

By the way, I hope you got some sleep...you were a real trooper appearing on CryptoConnie on Tuesday....

Nice deal with cloudcoin too....

Really interesting. I just wrote about the need for atomic swaps (and difficulties achieving it) recently. Glad to see this advancement! It leapfrogs what has been happening on the issue, trying to just get it going on lightning network coins using the same hash algo.

Until there are atomic swaps, it will be easy to manipulate the entire crypto market just by shorting BTC (or alternating FUD and FOMO in the news cycle). There are just too few trading pairs out there dominating the market.

Wow- unification of chains! This is awesome. Hopefully this will allow consolidation of the space and kill off some of the shit coins to allow the actual technology that will change the world, to flourish.

completely agree, we need a massive clear out of all the bull shit projects​s in this space. EOS has inter-chain communication built right into it so this is really good news

I agree. For far too long, too many shite coins have flourished. There is no way that the world needs 1600 coins all offering practically the crane thing. To break into the main stream we need consolidation!

It's going to happen real soon pal, Once EOS launches and is successful people will realize that the future is obvious for platform tokens. We should start to see a lot of money fall out of those dog shit coins and start to roll into this vertical (I really hope that TRX falls on its arse, but doubt it will).

There are still too many currency based coins out there but the only ones that should still be active in my opinion are bitcoin (digital Gold), Bitcoin Cash (the closest coin to satoshi's white​ paper) and Monero for Darknet​ to use.

Bring on the apocalypse!

I hope we do see it but I’m not so sure. In traditional stock markets, shit companies go bankrupt and cannot come back. With crypto, shit coins become practically worthless but as long as someone is still mining them, they will persist, waiting for the next up turn when money pokes into anything!

So just to be clear, if an individual has investments in Bitshares and EOS, one would have to go through a 3rd party in order to convert on into the other. With Bench, that all will happen on the same playform as well as include other blockchains such as Steem and Ether?

That is how I am understand it...the wallet will be able to add extensions so as to take in all the different tokens.

That is truly revolutionary. I appreciate the breakdown!

Thanks a lot for all this incredible information in a rather excellent format, shall I say. ;)

Gteat post really.Thats why I love bitshares and cryptomarket.Thanks for your update sir.

Very interesting article...so glad i invested in both projects guys...can't wait to see this play out in the next 5-10 years...very exciting stuff

Hey Stan apologies you may have covered this in the video, I haven't had time to watch yet. What happens to holders of Bitshares when Bench goes live ? Will bench be a completely seperate token or will current Bitshares holders simply swap the token for the new Bitshares token thanks

At some point the market will stand up and take notice.

It is always the last to know.

Get into EOS soon pal, it launches in a few weeks and the airdrops are amazing opportunity to get into​ a project early for free.

I heard somewhere that the blockchain is rat poison. In this metaphor, what is the rat?

Any piece of slower and expensive tech is the rat and governments and banks are full of them.

bitshares to the moon

This is really helpful. I’m hodl to eos

Crypto Conni and Stan Larimer always have excellent talks and updates, this is uplifting info for BTS!

Wow!!! I hope there will be the same with the steem blockchain.
Thanks for sharing!

That is hopefully the Gamechanger for Bitshares... Amen

smart contract on any blockchain can be imported easy for the masses to understand, and cohesive that is lovely my brother... Thanks for share @taskmaster4450

Bitshares is the best deal in crypto now.

This is reallllly cool. I will enjoy watching this play out.

it's interesting. There are many advances in this field

For the smart people, Bench (BEN) is already on sale at the BitShares DEX.

Note: Great News for BitShares Exchange! Jared Rice Sr. is developing some awesome & new UI that is scheduled to release in less than 60 days!!

The BEN coin on the DEX is a test coin only, it is NOT the final coin. From the asset description: