Welcome to the 27th Bitshares State of the Network (BSotN) report. I will be releasing this report weekly to look at the changes in the ecosystem and track longer term changes in a effort to identify emerging trends and changes in the Bitshares platform.

Testnet Stresstest Results - stresstest started with the spike after timestamp 585,000 New Bitshares UI Welcome screen thanks to @svk and @etherdesign 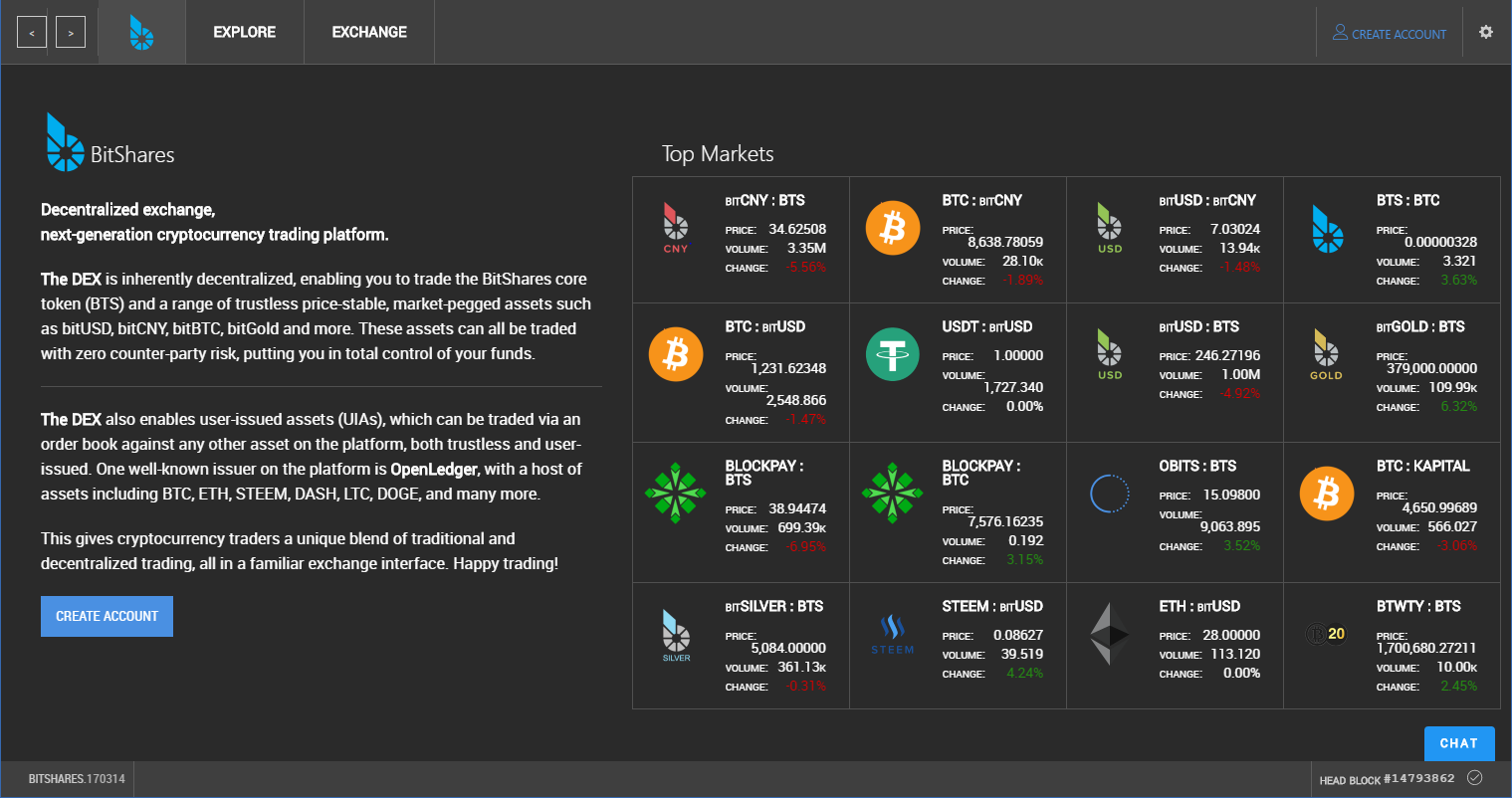 This sections seeks to analyse the current distribution of the network. We look at the current supply, top 100 hodlers, Orders on the Bitshares Decentralized Exchange (DEX), Reserve pool balance and Income growth. The chart below show historic profit/expense from the Bitshares Reserve Pool where a positive number represents a W/W profit and a negative number means a W/W expense; Bitshares expenses include witness and worker pay (Investments in the platform via shareholder voted work) and income includes network fees. The most active base pair is BTS and the top 3 pairs are USD, CNY and Open.BTC This section will track user referrals, to gauge active refers overtime. The chart below shows in blue the total number of referred users and in orange the new referrals for this week.

This section will track the change in proxy voting

This section will track active witnesses and the changes in support

This section looks at the top 100 rich list and compares account balances, this section will seek to identify changes in ownership which may lead to interesting investigations and early warning signs of upcoming projects

Submit
$66.77
402 votes
46
Authors get paid when people like you upvote their post.If you enjoyed what you read here, create your account today and start earning FREE STEEM!
Sort Order:
[-]
kingscrown (80)  ·  3 years ago

Thanks for all the good useful information! May include some bitshares stats in my post about bitshares UIAs where I give some away as well.

Will make sure to keep an eye on your posts; great work with the MM and give aways

Thanks again for the great updates on such exciting times. I look forward to seeing the new updates on the Bitshares Wallet as well as the promotional video for Peerplays! Namaste :)

Thabk you my friend. Agree i cant wait to see all the releases from PP in the coming weeks!
Namaste

Thank you Barvon; glad you liked it and thanks for the comment :)

Thank you Silvia. Love you blog too btw (mostly because i am a terrible cook and your food always makes me hungry :)

Someone promoted your post. Promotions help every steemians.
Your reward is an upvote and 0.017 SBD extra promotion.
Good job, see you next time in Promoted! ;)

I would love to see @dan as a Committee Member (either as a father or as a Holy Spirit) and at the same time as a Worker – If it would give him pleasure.

Great post! I just posted about buying my first bitshares over the last couple of days. I'm excited about the future.

@lukestokes You wrote a nice piece about buying Bitshares. I see you decided to load up pretty good. I wish us all well with Bitshares.

Hi Luke, thanks for the comment and great to see you involved!. Don't forget to try out the wallet and dig into the exchange (maybe @taskmanager can sling you some LEARNCOIN to help you started)

If your on telegram i highly recommend joining the BitsharesDEX telegram chat as a very active place for news and information. All happy people and always willing to help out or provide support if needed.
Cheers

Thanks! I just joined the BitsharesDEX chat.

I'm glad to see the collateral locked in has increased to 1%. Let's hope it doubles before the next report!

How do I take my BTS on poloniex and add them to the BTS wallet?
It seems like its impossible. Is this true? If not please share how to do so.

If it's not possible to take BTS from poloniex to Btsahres wallet... WTF WTH not?

I'd love to increase my investment but BTS is not user friendly as it is. Just saying and I love Btsahres as a trading coin. Would love to say more.

Open an account (wallet) on Bitshares, for instance on Openledger. Then withdraw from poloniex to your Bitshares account name. Or did I understand your question?

I still have so much faith in bitshsares. Just need to figure it out. Hang in there, i will master it soon. Promise.

Hi Solarguy,
Did you manage to get this sorted out? I know some people offered some help already and it shouldnt be to hard to follow but i have a feeling there is even a gif somewhere that runs through the process.

Yes, It worked. thank u and to all who had the patients kept at it. I kept thinking i needed a receiving address or code like btc but i don't. easy. That's what I was looking for. Also I didn't realize my wallet was locked either. I was logged in but i needed unlock it. ><

@taskmanager
So what are these learn coins? I don't really know what to do now that I have a some bts in my wallet. Got an old post you point me too on using the exchange. thanks again.

LEARNCOIN is an asset I created that trades on the bitshares market, I sent you some.
It allows new users to trade in a coin they didn't have to pay for, getting them used to how the trading system works before they spend their own coins in the marketplace.

The markets can be a little confusing at first, but LEARNCOIN has buys set up across various markets allowing new users to gain small amounts of various tokens. The best and most simple advice is, buy low and sell high.
I don't have any of the LEARNCOIN videos done yet, so for now here is Chronos Crypto:

cool thanks. I will give those a try. will let ya know how it goes.

See below I must've been half asleep still, thinking of something else.

huh. i am suddenly losing faith. I see why it hovers so low. Not user friendly. Whahhhhh. i made bad choice. ><

I thought it was just me and lack of techno savvy. Now I see.. crapola

it's easy,
if I wanted to take bitshares from my polo and move it to my bitshares I just go to deposit/withdrawal on polo, use my bitshares name as the address, leave the memo blank and hit the button...
A few minutes the BTS is in my bitshares balance

What? When i look at my bts wallet there is no option for bitshares. I see btc, dash others and even steem.

I googled it weeks ago. Several sites said 1 go to my bitshares wallet 2.0, done. 2 go to openledger and choose currency. No bts in those options.

Im sitting on, to me, a lot of bts not working just waiting to sell.

I will try ur instructions. I really want it to work. Get back tomorrow when get up. Thanks for reply.
They should make it clear.

BTS is the core token of bitshares, I assure you it is there.

All those choices you seen were likely trading against BTS or BTC (OPEN.BTC).
task-manager is my BTS address, so when moving BTS to my account from polo I just enter in task-manager into the address box.

If you want, give me your BTS account name and I will send you a few BTS so they show up in your main wallet. I can also send some LEARNCOIN, so you can figure out trading at no cost to you.

???. At least I have transferred BTS a thousand times just by sending it from one account to another.

Yeah, haha, sorry solarguy, was thinking about some other assets that aren't direct, but numerous of them are. Long day and had m mind wrapped in and through some stuff.

the information i need it. Thak you

Wow! This is a great and in depth report will be back for more updates.