After having revisited some ideas promoted at the time of the #Occupy movement, I find myself confronted with where the power of idea comes from. Does it emanate from some ethereal realm and permeate into the physical, or does it exist everywhere simultaneously? Plato said that all such ideas come from the realm of Nous (νοῦς) which roughly translates as “divine mind”.

The parallels between the #Occupy movement and Bitcoin are quite startling. Did some computer scientist start a rumor that somehow went viral into a crowd with no technical sophistication, or does the power of idea if strong enough permeate into the being of every soul? To step into my shoes and see what I’m looking at, here’s an interesting video on the subject of #Occupy’s "proof of voice" consensus algorithm…

The call that was used, (“mic check”) is analogous to a bitcoin miner opening port 8333, finding a nonce for the block, and then the statements that issue forth from the block producer (or #Occupy speaker) represent the propagation of data across the network to all of the other nodes (or people). The fact that each sentence is broken up into a few words at a time reflects the scaling issues that Bitcoin is having with producing blocks. It is a weakness typical of flat, non-hierarchical systems.

The signs that were used at that protest such as the “twinkle” indicate agreement. Each of the people in the gathering reproduce the “truth” of the network and work on verification in much the same way bitcoin nodes do by relaying blocks of information issued by the block producer. Bitcoin started doing this in Jan 3, 2009, and #Occupy started this Sept 17, 2011. The parallels are astonishing…

Where #Occupy went wrong and what this implies for Bitcoin

Which crypto dive will you take?

I’ve read through several articles on this subject and all of them seem to reproduce the opinion of authority, which is a false narrative of the actual social phenomenon. Many stated that it failed due to “lack of good leadership” and another common complaint was the "failure to state clear demands or objectives".

The "we don't know what they want" complaint should have been met with "you're no longer relevant to what is wanted" response. This is because true anarchy has no need to state a clear demand or objective. Such calls are really attempts to keep one working within the system authority chooses to make sure that authority has control.

Authority has currently taken a soft position on maintenance of control, preferring the use of stealth surveillance and subterfuge to confuse the sheep as to what is really going on. The last protest that addressed an issue that was a threat to the power of authority was this one. All other protests since then have failed to address what is really wrong and why. In fact, since then all further protests actually worked in favor of centralization of authority.

How #Occupy was Defeated: the Sybil Attack

Authority was motivated to not allow this to continue because it attacked the heart of centralized control (the banks). They used agent provocateur’s (think treacherous nodes) and other disintermediation techniques to disrupt these protests because they were getting dangerously close to the real issues. Ultimately #Occupy failed because it became centralized. Once authority provoked some into using coercion techniques which motivated some to take charge, the mayors shut them down by taking them out.

#Occupy was actually one of the first instances of a leaderless movement and interestingly paralleled the decentralized ideals of bitcoin that was at the time mostly off the radar. It was in essence an early social manifestation of an attempted solution to the Byzantine generals problem of network consensus. Unfortunately it failed to reach consensus due to the treachery of agent provocateur’s who were successful in centralizing the movement.

While some of the spirit of the 1960’s returned, the situation this time is much different. The level of power that authority has achieved is completely unparalleled in all of human history. It has become so powerful that most of you are confused about what really controls you. Hint: it isn’t Trump. If you got all upset and thought that a vote for either Hillary or Trump was a life and death decision, you’ve been duped once again by the masters of centralized control.

Sometimes the impulse for change is interpreted in the terms of what we know from the past. What #Occupy misinterpreted was that protest needs a physical act. This time, a successful protest should not be as much a physical act as a virtual act. The physical nature of crowds leans toward centralization, but cyberspace has no central location. This field offers the greatest chance for success without spilling blood. This time authority actually hopes you'll line up in crowds. Unlike the 60's, this time they're ready for summary execution against all who oppose banking interests. The stakes are too high. 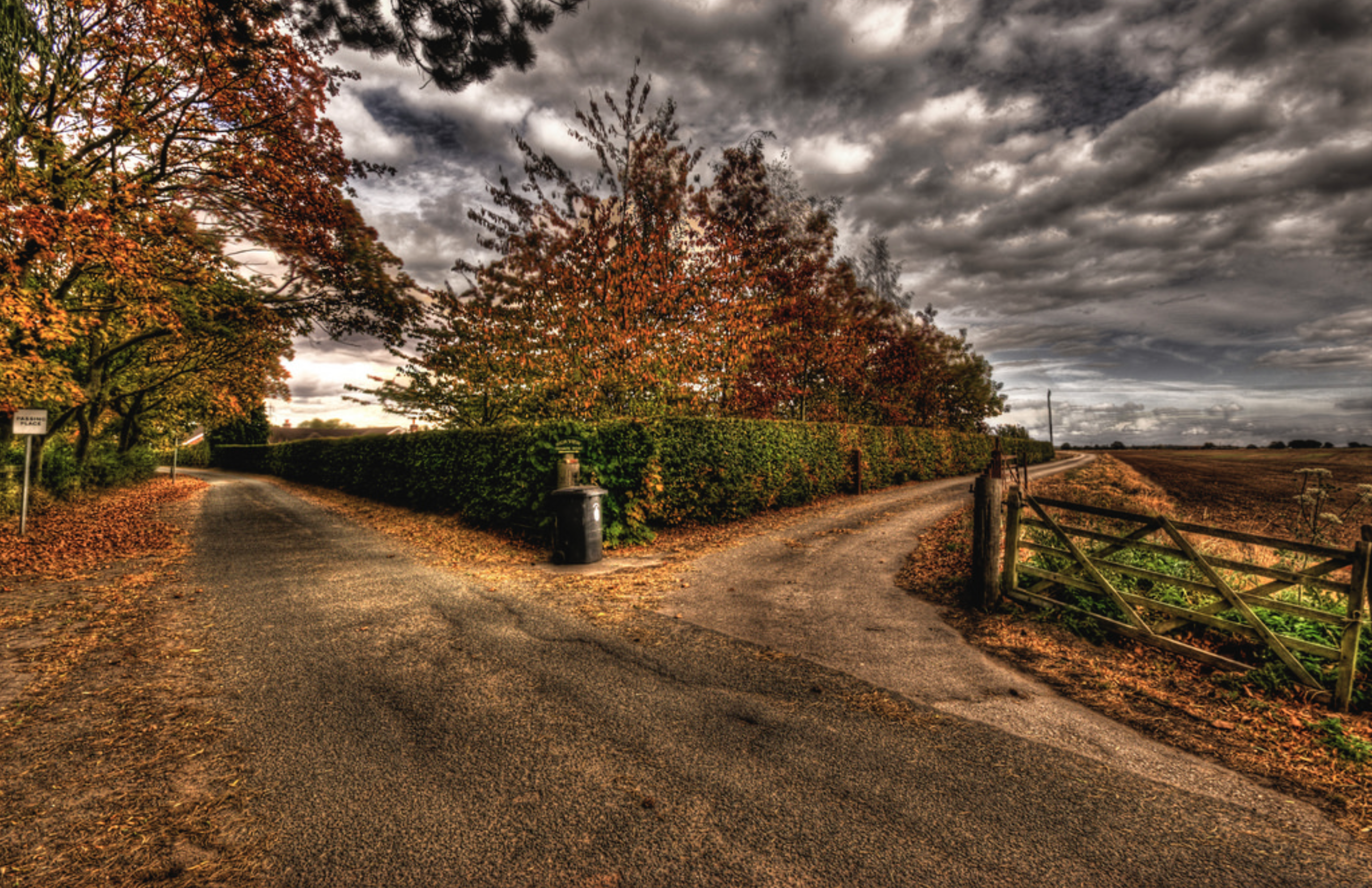 The world is coming to a crossroad within the next 2 - 5 years. Most of the population will be forced to choose which road to follow by then, or the choice will be made for you. The default choice is tyranny and slavery in developed nations, and financial exclusion or extermination in undeveloped nations. But there will come a time when having a foot in both worlds will be impossible because their positions will be too divergent to maintain harmoniously.

You will have to choose your God: whether you serve the USD or other centralized digital currency or choose to take the exit in the form of various decentralized cryptocurrencies. All of you will have to make a decision about where you stand by the early 2020’s. That choice at the most fundamental level, will be of how you accept payment, for no other power trumps this one power that all people have. hm yeah i haven't resteemed anything in 2 months but this one is worth it.

Hm, well I suppose I think that #occupy is more than a complete joke now. I had absolutely no respect for it while it was happening. It was so obviously doomed to fail. There were a lot of complaints and no solutions.

Blockchain provides the solution that #occupy was looking for. Back in those days it was much harder to see, but now the evolutionary path is much more clear. Unfortunately, I think a lot of those #occupy people don't have crypto holdings even though it mimics the whole movement.

... the parallels are almost creepy.

I 100% agree, the occupy movement was a complete and utter joke. Most of todays social movements are I haven't read this article or watched the video yet, but since you agree with me about #OccupyWallSt @edicted and still like it enough to resteem then ill give it a shot. reply coming after I shower

When you look at the similarities between blockchain and #occupy it's almost like Bitcoin had a mind of it's own. Like it was trying to force itself into the world as a form of government long before its time. One can only hope that actual blockchain technology doesn't get slapped down as easily as #occupy did.

lightning network has already destroyed it.

One of the best blog and video. So clearly explain. I share it with many. Thumbs Up!!

very interesting, i did know almost nothing about the occupy movement. I guess all decentralised human organisation has some similarities. But were they also voluntarists or did they still believe in forcing their consensus on society?

Many were very confused about something very simple such as coercion and didn't see that forcing everyone into the same conditions without the ability to opt out (well they had a term for that called the block) is morally unacceptable. What was quite unique in the movement was that both the left and the right stuck together to confront the banks. That scares them. As long as the bankers can keep everyone divided against each other, they know they can get away with anything.

Banks do not want to give power over money. Politicians also always want to control people. And people want to be free and with money. Thank you for the information!

It is very difficult to learn how to manage money and crypto currency. Thank you for the information! I also want to be free and independent. Good luck !!!

If you got all upset and thought that a vote for either Hillary or Trump was a life and death decision, you’ve been duped once again by the masters of centralized control.

The wealthy have funded virtually everything that exists in this world from multiple angles. If you base your participation or lack thereof on this, then you lose either way. For all you know, Soros funded Bitcoin, so now you have to sell all yours or you're morally corrupted. This logic will not work. Fuck Soros and whoever else thinks they can manipulate with money; the outcome can still be unpredictable.