Will Bitcoin break $10,000 within a month? [Intro to Basic Technical Analysis] 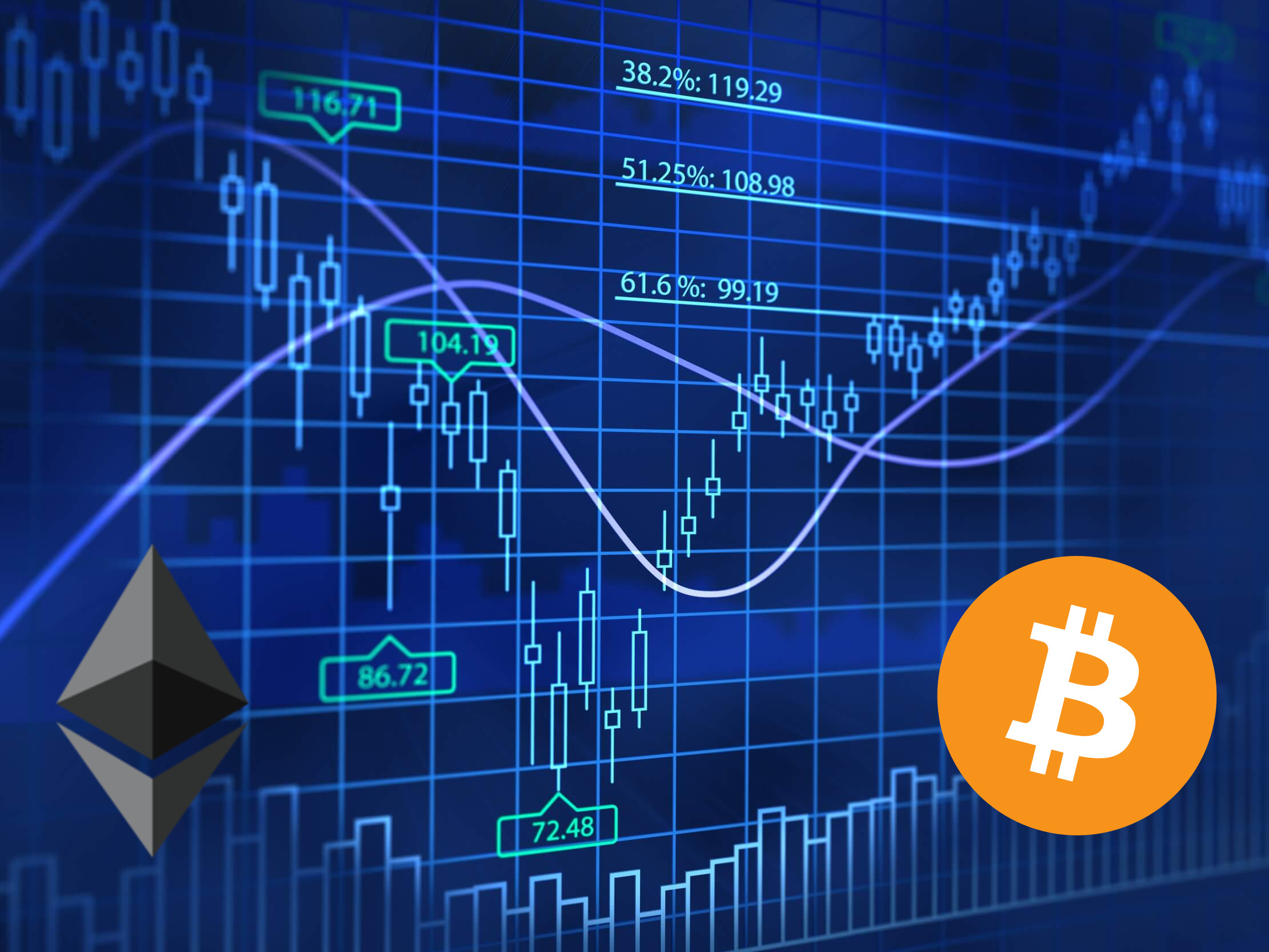 It’s fun to estimate price movements of assets in general. It’s especially fun to speculate on Bitcoin because of its extreme price movements. The price movements are also nothing new and shouldn't deter you from investing in Bitcoin for the long run. Where is Bitcoin’s top this time around? How do we know we aren’t there already? If you believe in Bitcoin's fundamentals, it may be better not to worry and just buy and hold for the long run. Buying and holding, accumulating and dollar-cost averaging are probably the best strategies for most people, especially for those without a lot of time.

there's something called the efficient market theory which says that there's nothing in the data, let's say price data, which will indicate anything about the future, because the price is sort of always right, the price is always right in some sense. But that's just not true. So there are anomalies in the data even in the price history data...

-- billionaire Jim Simons, Renaissance Technologies, one of the most successful quant hedge funds in history.

So I wanted to do a blog series on technical analysis to cover some of the most common indicators and strategies and hopefully give those that are open-minded an edge in their trading.

In March of 2017, Bitcoin broke through the resistance level set in 2013 to reach all time highs to $1,350 on expectations of an SEC approval for a major ETF. However it broke down below the new support level (ie. previous all-time high) once the ETF was rejected. In just a month Bitcoin prices crept back up over the resistance level, suggesting the ETF news was not that significant overall. Once the prices remained above the previous resistance level for over a week it quickly surpassed the more recent $1,350 high resistance level in March and broke out to just about $3,000 in June.

Above is a Bitcoin chart for 2017 that shows shorter term resistance and support levels. You can see the large price move from about $1160 in March to $3000 in June (before the hard fork in August). After segwit activation and the Bitcoin Cash fork I thought we were in the beginning stages of a crypto-bear market and that there wouldn’t be enough momentum to go beyond $3,000 in my previous blog post, but once it broke past $3,000 with incredible strength I was bullish again. In the last post I wrote “The upside is Bitcoin seems to finally be moving past a multi-year standstill on Segwit & hardforks. That may be a huge relief to the Bitcoin community. Will that be enough?I don't think so, but I'll change my tune if Bitcoin breaks all-time highs with some good strength.”

The reason I made that statement was precisely because I favor using resistance levels and breakouts during large moves such as the one Bitcoin currently is in. Bitcoin broke the $3,000 resistance level with strength. Just recently the price hit $4,500 to set up another resistance level, prices subsequently fell, but there was another break out in the last few days and is moving upwards with continued strength.

So how do we trade using these support & resistance level concepts?

I’ll be talking about moving averages, RSI, oscillators, volume indicators, bollinger bands, fibonacci retracements etc. and apply them to Bitcoin and other cryptocurrencies. Will Bitcoin hit $10,000 in a month? There seems to be considerable momentum for that to happen so I’ve been bullish after it broke $3,000. Keep your stop losses below significant support levels and might as well ride the wave to see where this goes right?

So what are your thoughts about 1) Bitcoin prices 2) technical analysis in general?

Note: This is for educational purposes only.

Bitcoin has revolutionized the definition of money I think it's a fantastic tool and even better store of value over time.

For my technical analysis I use Stochastics along with Bollinger Bands and Fibonacci Retracement. I normally look for resistance and support levels as well as using some market sentiments to guide my price forecasts.

I would like to see Bitcoin break $10,000 in a month. Realisticly I dont think it will happen. In two months, it certainly could. For September my estimate is around $8-9K. I agree re: Bitcoin !
Any particular Stochastics? That will probably be #4 on my TA blog series... what market sentiments do you use?

I have been paying attention to prices using the #Coinbase app and have noticed a trend. Whenever #Bitcoin is nearing a new milestone there is a hesitation in the market. More often than not, this hesitation has been met with a drop in the value as people sell off. I figure these are people that got in at an earlier time, feel the current return is good enough, and sell off. Maybe they fuel the jump that often follows?

After this drop there is often a surge in value and Bitcoin jumps well passed the previous milestone, on its way to a new one.

Anyone else notice that?

Me personally, I think the value of Bitcoin is only going to go up over the long term. If you are day trading to earn then you need ever increasing amounts of money to make a decent enough return since the value is so high.

I remember when Bitcoin was $50 a coin. lol Rather interesting seeing it around $5,000 now.

Yes that's effectively what happens around resistance levels. Milestones may be psychological resistance levels. People may have common and similar milestone targets that they all want to sell at (every 1,000, 5,000, 10,000 etc..) ..there is a sell off until more new buyers come in and have an opposite reaction of seeing BTC hit a milestone target and not wanting to continue to miss out.

I think that is very sound advice. Cannot underestimate some understanding of human psychology.

Your second part is exactly what I did with my first bit of Bitcoin. I got it at about $50 and sold when it first hit the $1,000+ range - I was able to catch it at about $950 as it came down. I have that paperwork I wrote for that Bitcoin framed in my office as my most valuable to date work. lol A reminder of sorts.

Now my wife and me put money in Bitcoin as a "last chance" rainy day fund. This has only bit us once in several years where Bitcoin had dropped from about $2,300 to $,1900 at a time we needed it. Those are some great odds in my opinion.

Now we simply forget we have it until we need it. My shift card stays hidden out of sight and only comes out when we need it.

Triverse I think bitcoin is truly for long-term. We always never to afraid to buy bitcion at any resistance we know it power of growth after legalising BTC growth is milestone.
And on coindesk btc touched 5000$ which is magnify.

I remember when Bitcoin was flirting with $200 on Coinbase. lol I agree, it is a great long term investment and one I wish I had more money to pump into. Considering where it is going, value wise, it is never too late to get in and ride the wave - just the earlier you get in the wave may be bigger.

I think BTC going to 5000$,now real sale price) may be tomorrow new high?It great opportunity don't lose it, on bitmex you can trade bitcoin contract features a high leverage of up to 100x.Users who have signed up with my affiliate link will receive a 10% fee discount, -0.025% (Maker) 0.075% (Taker).
https://www.bitmex.com/register/HJfZyC
It simple, try it now!

Bitcoin has indeed reached record levels. Needless to say that some are reaping enormous gains, but imagine severe consequences that will inevitably ensue following a significant market correction. After all markets are by their very natures cyclical.

I agree that we'll likely see a significant downturn after a peak like previous cycles. Just trying to speculate what this cycle's peak might be.

Excellent post @steemrollin, I agree with what you write, it's very interesting, thanks for sharing that information, I follow you, we must support ourselves as a community, I appreciate it if you I would give me a look at my last post and give me your opinion, greetings and success in everything.

LOL you have almost the exact same content as @holl.boll!

Wow I don't understand, why?

reat post , I agree with what you write, it's very interesting, thanks for sharing that information , I follow you, we must support ourselves as a community, I appreciate it if you I would give me a look at my last post and give me your opinion, greetings and success in everything

LOL you have almost the exact same content as @hectorjoachim!

steemrollin it's takes so much time to reached 10000$ and i feel bitcoin is unpredictable.
But thanks to sharing this analysis.

I think this pullback has a bit more to go: https://steemit.com/bitcoin/@stocks29/bitcoin-bearish-case-elliott-wave-update-price-is-progressing-as-expected

Great advice! I hope people gain a lot of insight from this. I'm sure they have seen some patterns, but it's good to be educated about technical analysis if they're really serious about trading.

Thanks! Yes I think there are patterns that can be useful. I think people who spend some time and effort can use TA to get a decent edge!

Im still a bit of a noob to crypto and especially crypto trading.
I found this post a little over my head but also VERY valuable. I am trying to assimilate knowledge from people like you who seem to really understand some key facets.
Overall though what I am getting from you is that not only is it profitable but its EASY and relatively SAFE to simply buy a coin you believe in and hold it.....
So my question now is "Is bitcion really the best to do that?" So lets say bitcoin goes to 10,000 while that seems like a LOT of $ its ONLY double the price of what it is now.....There are so many cryptos of which go up 100% in just one week.......So it seems that there are actually a lot of coins out there that would be even way BETTER to buy and hold....
What do you think about that?
Thanks again for sharing this valuable knowledge/experience!

thank you for sharing sir.
Sir @steemrollin,
I need Sponsor for my drawing contest sir... Please help me and let us nurture our talents in this beautiful community. Here is the link of my plans... thank you so much. I hope you'll notice me.
https://steemit.com/steemit/@mikekenlytungal/dearest-steemians-i-need-sponsor-for-my-drawing-contests-please-help-me-and-let-us-nurture-our-talents-in-this-beautiful 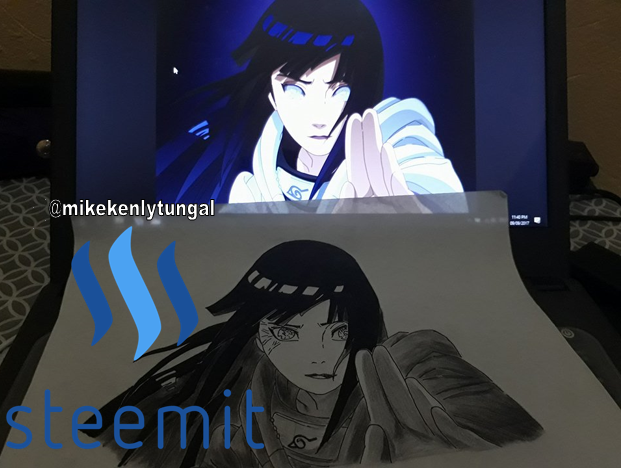 reality is whatever u decide in a sense it always has been whatever number value u decide. all realities exist now in some bitcoin dosent even exist except maybe as a thought in someponies Head.