THE FUTURE OF MONEY 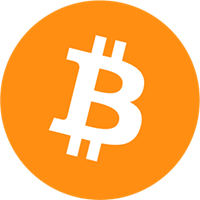 Bitcoin is here to stay. Most of us know that. But what does that mean for fiat currencies long term?

Super inflation and ultimate failure. It's inevitable and the only question is when.

Crypto currencies have come from nothing, and in a few short years now command $100 billion USD market cap. Big wigs like Bill Gates, John McAfee, Peter Thiel, Al Gore, Sir Richard Branson, Eric Schmidt, Kim Dotcom and a bucketload more have said that this is the future money for the world.

If this was a business, it would be heralded and a few people at the top would be rich. But it's not. It's every day Joes with a few bucks (and some big fish) who have started reaping the rewards of emerging technology and paradigm shift. You can plug in a computer and start mining your future. Phenomenal.

So how big is that potential market cap?

Hold onto your seats!

Without getting into the confusing mess that is the $1 quadrillion of derivatives, the current world money supply is friggen huge. Around $80 trillion of money, then we add $58 trillion of government bonds. That's $138 trillion USD monies!

Let's put that in perspective.

If we start looking at stocks and corporate bonds, we add another $116 trillion, $290 trillion for private business and real estate.

So the current world value of actual "value" and money is around $544 trillion.

I grabbed the world money estimates from this infographic

Let's project that to a $USD value based on the potential market cap. 1 BTC = $14.9 million USD when fiat collapses with current valuations of wealth.

These numbers seem ridiculous, I know. But it's what is happening, and might be one of the biggest evolutionary intellectual developments in human history.

The timeframe is unknown, but I personally think less than 30 years. I don't see how fiat can survive.

Banks know this - they aren't stupid - they've been stealing your wealth for years with record breaking profits, and it's why you see them investing in Ripple (XRP) technology. It's do or die for them.

Room for growth is an understatement. We saw how quickly the internet changed TV, newspaper and shopping, and now we get to see how crypto is rapidly debasing a 2500+ year old tradition which "makes the world go round". I think it will take a couple of decades but it's happening. It's happening now. It cannot be stopped, and we don't want it to. Right now, you can use services like Purse.io and get a user defined percentage off any Amazon purchases purely because of the failures of fiat. This is largely due to inflation and centralized banking. You can basically make a straight up 17% profit in fiat value just by going via BTC and then through purse.io.

Crazy right?!? How many years would you invest in shares to achieve a 17% profit? Too many.

There are a heap of things you can do, and no rush. There is so much headroom in the potential market cap, and if you're reading about this stuff, you're already way ahead of the curve from the other 99.99% of the world population, even though you might look at BTC and think you missed the mad super early adopter rush. News flash - you didn't. Not by a long shot.

Go buy some BTC and hold onto it!!! Protect it. Secure it.

Go buy some BTC and use it as a currency wherever you can. Tada, you're already making a profit by leveraging it's value over fiat.

Go mine some crypto on your GPU.

Go mine some crypto on Genesis Mining

I just want to mention BitConnect, because I've seen it mentioned a lot online, both positive and negative, and the rates are unbelievable to what a traditional investment company would offer. They give you a daily interested based on BTC price volatility, and you can compound this by locking up (or staking) for a certain time period.

They have a trading bot that leverages the fluctuations in BTC price - which is effective while BTC is volatile. I was a bit wary about what would happen if BTC price stabilizes, but because there are so many crypto currencies being exchanged, it’s going to be easy to find volatility if they break out to other currencies.

The rates are like 0.5-1.5% per day. Compare that with your bank or stock market and it seems like magic, and too good to be true. If it was fiat, I wouldn't give it a second glance. I wouldn't even give it a first glance.

1% per day is unheard of for a legit business to offer, but I think that’s because we’ve been lead to believe it by banks and stock traders. However, if I gave you $100 it wouldn’t be unreasonable for you to give me $101 tomorrow, and this is basically what BitConnect are doing but your seed is locked up for X days.

It doesn't sound crazy when it's a person to person transaction, but if I gave you $100 and you give me $102 in a year, that sounds crazy. Banks and stock traders are doing that, and we think it's the norm, meanwhile new currency is printed and inflation steals our wealth. That doesn't happen in crypto.

If BitConnect pans out, it may well be the catalyst for super inflation of fiat currencies I mentioned earlier, and a real push towards crypto dominance in everyday living. It’s got real potential to be attractive to almost everyone, so I don’t see investors backing away any time soon.

My main concern with BitConnect is, if the bot is so amazing, why don’t the creators seed it with a few million bucks and let it run for a year - then buy a diamond studded island with a few billion and retire.

I've invested a little, and right now, if it runs until January, I’ve got my seed back, and quadruple it’s value still investing. Provided fiat doesn’t collapse then I should be in a great spot in a few years. If it fails, then I've lost little.

I’m a complete novice trader, and have only really been vested in crypto for about 6 weeks, but I've been following it loosely for years. I'm up 40% in a month with crypto, meanwhile my share portfolio managed by experts made a staggering 8% last year after 3 consecutive years of loss. A "wise" investment has resulted in a net loss of about 20%. If I can make 40% in the crypto market in a month, a trading bot could do wonders (I'm currently writing my own). It's also not unusual for crypto currencies to fluctuate over 5% in a day.

If you want to try BitConnect - https://bitconnect.co/ it's here.

There is obviously a risk, but given what I've said above about fiat currencies and potential market cap, it's not such a crazy idea. At some point fiat will fail completely, and everything will be crypto. We just don't know when. Something similar to BitConnect will probably be the cause.

A lot to think about really.

It’s an exciting time to be alive!

exciting times we are living! I tell all my friends we are in a renaissance.

Yep. It really is mind blowing that we see this in our lifetime.

While it may not be a scam in your opinion, it could be considered spam. Spam is not appreciated by the community and could be flagged or may result in action from the cheetah bot..

Some things that can be considered spam:

#1 hot in bitcoin. Comments full of appreciation and praise.

This is not spam - and the community appreciated this post.

I have removed any affiliate links or codes.

Fiat currency's have a 100% failure rate , history has shown us this, great article cheers mike

Thanks for an informative article. It gave me a couple of areas to investigate.

i got investment in bitconnect and its earning! thanks for this. this gives me a little assurance im in the right path 😂😉 followed u 😉

Be cautious. I'm not 100% certain on BitConnect. Spread your risks.

Nice posts. From me upvote.

@steemian69 @ka82 - somehow I got flagged. If you can reupvote that'd be appreciated.

Well said plug in a computer and start mining your future

Yes bitcoin is the future but this isn't "an" or situation. The global currency market is massive like 60trillion massive. It won't be just bitcoin or nothing sitch. It will be an "and" sitch where bitcoin will be one more additional option available to exchange/send/receive/buy/sell monies. Lets not forget this.

I recon it will actually be a Crypto or sea shells situation. Dollars and cents will be worthless.

As long as people learn more about the Blockchain technology, and education spreads without censorship or disruption, the growth will be unstoppable.

Thanks, I've followed you back :P

And BTC just hit an all time high, right after a hard fork as well as all the arguements over segwit. Bitcoin, as well as cryptocurrencies are here to stay. To the MOON! Bitcoin is certainly going to be huge in the near future. The rate of Bitcoin growth is just great and I'll continue to rise in the near future. No governemnt officials talks about it because they know its potential. They call it ruse while it is a gem. Ten years from now, we can see cryptocurrency as a primary mode of payments and trade.
So, it's better to hold onto some Bitcoin because supply is limited and each satoshi is precious :)

It's going to go gangbusters.
I just wish I could afford more than 1 of them :P

Good article thanks u for sharing.
Please read
https://steemit.com/introduceurself/@moonprincess/hi-im-safiya-firstpost 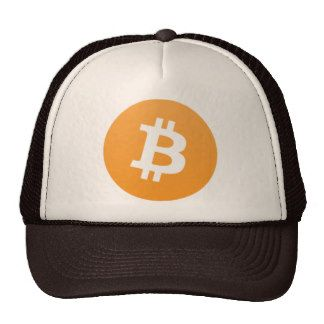 Thanks for the info on BitConnect btw.
Just heard of it before but haven´t really looking into it. Now I will :)

Please be aware I do have concerns about BitConnect. However, I don't think what they are offering is unreasonable. I mean look at 12% increase in the value of bitcoin today. Just having bitcoin today would be 12x the profit that BitConnect offers - and like 3-4 times the annual return the stock market might give you.

Yeah. Makes sense. I´ll do my own investigation and analysis and see if I´ll give it a shot. Thanks.

I don't think that cap is big enough tbh :P

Haha. Nope!
Would need at least something like this: thanks for sharing upvoted, resteemed and followed

Thanks. I've followed you back.

Congratulations @softgrip! You have completed some achievement on Steemit and have been rewarded with new badge(s) :