How many people own Bitcoin, and how large are their wallets?

scandinavianlife (68)in #bitcoin • 4 years ago (edited)

Ok, so thanks to a good question by @trumpman, asking where I got my circa figures from when I stated that about 0,3-0,5% of the World population owns Bitcoin, I'm going to try and figure it out, and see how wrong or right I was. 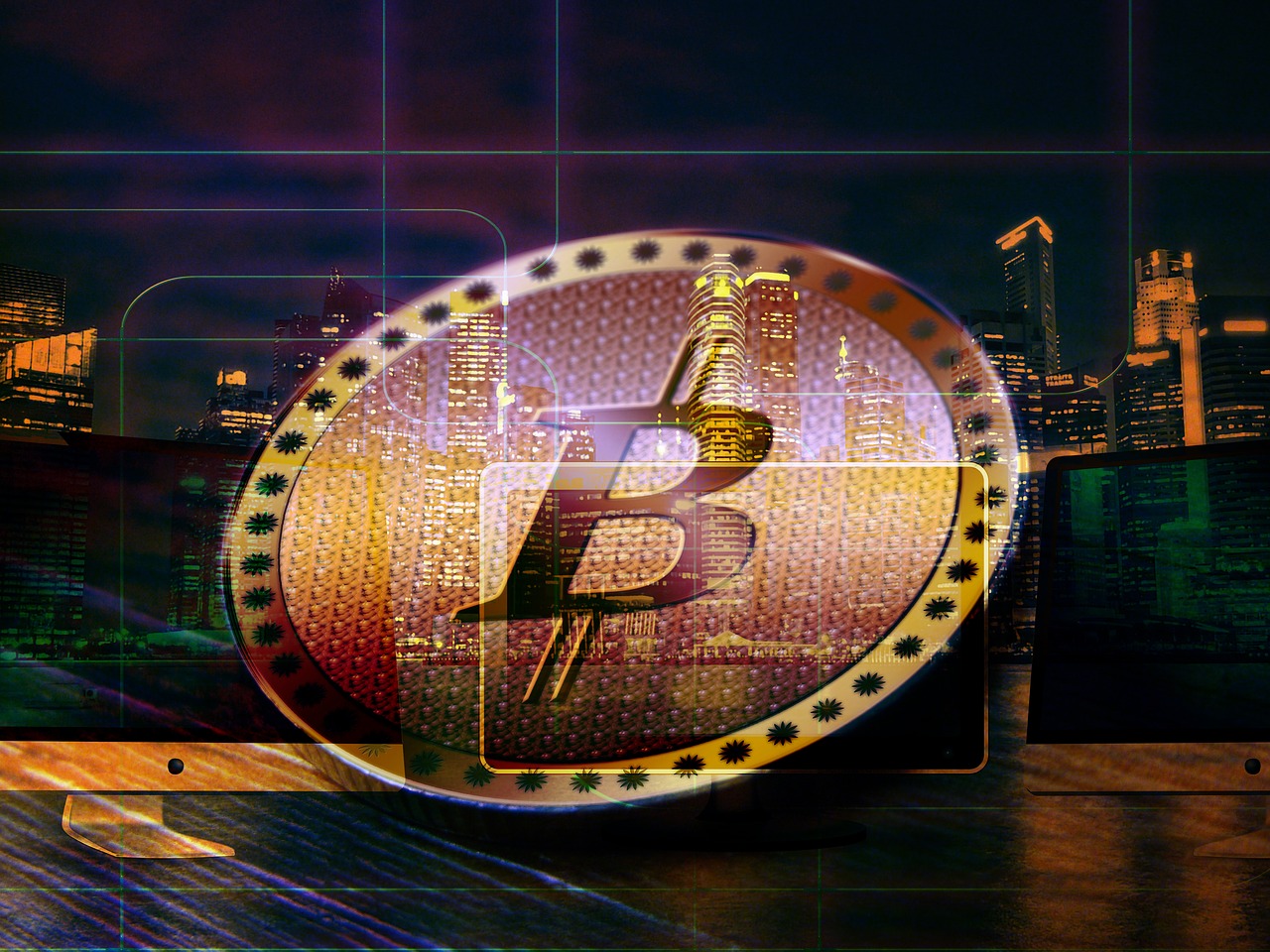 There are some 16,5 million Bitcoins in existence so far, which is about 80% of all Bitcoins that will ever be available. It is estimated that 25% of this is lost forever, due to ignorance, foolishness and weed smoking. But even if all 16,5 Bitcoins were in existence, that would mean that no more than 16,5 million people owns more than one Bitcoin. That's ONE Bitcoin. And we also know that some people own as many as 250,000 Bitcoin, 100,000 Bitcoin and 50,000 Bitcoin. These people aren't many, but there aren't really many coins to go around.

Take a look at this chart from Bitinfocharts

If you own 1-10 Bitcoins, you are amongst the 500,000 richest Bitcoin holders in the world (2,25% richest) meaning, if you just hodl a couple of Bitcoins IF Bitcoin becomes THE currency, you are one of the richest persons in the World.

Meaning, there are less than 23,7 million people who own Bitcoin out of 7,6 Billion people. And what is that in percentage? Exactly what I said it was - 0,31%. But this seems to be a very conservative number due to the fact that every person usually owns more than one Bitcoin address.

So, somewhere between 0,26% and 0,311% of the world population owns Bitcoin if we assume everyone person only has one address. And more than 56% of the wallets/addresses cointain less than 0,001 Bitcoin. So the average wallet doesn't even cointain $500 dollars like I said. It contains like 10$. Also, most people have more than one Bitcoin address, so the real number of people who actually own Bitcoin should be somewhere between 0,05-0,1%.

However, let's look at one other interesting thing. Has this changed over the past year?

And indeed it has. It is much more evenly distributed, and there are a lot more solid wallets in the 1-10BTC segment.

Conclusion: Almost no one owns Bitcoin, even if the mainstream media tries to tell us that grandma is trying to figure out the Blockchain. She is definitely not doing that. Nor is your neighbour. Most people have strong believes and opinions about it - like people often have about things they don't understand. For some absurd psychological reason, strong opinions tends to correlate inversely with the level of knowledge a person has. And that is the case with Bitcoin as well. I actually started a group on facebook with people that own bitcoin and its surprisng to see how many people believe that it has potential and even the indidvuals that mine get a bitcoin or two in return.

Yeah, I'm in a crypto group here in Norway as well, and the skill level is pretty low. There are some rockstars there certainly, but there are also a lot of total novices. It's fun though, to see what sort of people that are joining now. CEO's, business owners, HR people, pilots, engineers..all sorts of people.

Well, if Bitcoin becomes THE currency, you will be the top 0,25% richest human beings on the planet with your "measily" 15 Bitcoins :)

And congratulations as a soon to be millionaire though! 15 BTC is a lot!

Great post. Which means Bitcoin is not in bubble. For some asset to be in bubble, it must be largely held.

Exactly. And that is exactly what they are failing to report. They make false accusations that Bitcoin is a tulip bubble (and just look at their faces when they are saying that..its almost like they are getting paid extra under the table to say so) based on no facts at all.

If no one owns something, how can it be a bubble? Sure, if the demand is almost zero, it could be a bubble. Of course. But look at the demand for Bitcoin. It's through the roof, and guess what, it's not an inflationary currency like Fiat. So, there won't be many of them. Imagine owning 1 Bitcoin out of 21 million. It is a VERY scarce product. Not like fucking tulips.

11,662,498 accounts would make BitCoinia larger than Belgium and place it at the 77th most populous country. Denmark is #112. Just sayin'

Impressive. There's a lot room to grow. Also, a lot of people own multiple addresses: one for cold storage, the other is on exchanges, one more on smartphone and so on. So that number might be even smaller

Oh yeah, definitely. I think where many fail is with the price of ONE Bitcoin. They don't seem to grasp the concept of 21 million Bitcoin and how LITTLE that is. People in general aren't great at visualizing sizes.

So if there is only 21 million of something..which is nothing, and people want it, the prices will be very high. And since it is divideable by unlimited?? number of decimals. anyone can buy a fragment of it for any price.

So what ONE whole Bitcoin is worth is pretty much irrelevant..unfortunately there's where the whole focus is in the media.

Bitcoin can reach a million and still be cheap.

Ok, I am back stronger than yesterday. The main reason I asked that question was because I thought the actual numbers of bitcoiners is much much less than "somewhere between 0,26% and 0,311%" and to be fair I think your number is still to big. Let's not forget most bitcoiners have at least 2 bitcoin addresses, one from the exchange they got them and one where they store them. Personally I have at least 5, one on my pc and four on the exchanges I have used. Not to mention satoshi who has stored his BTC in hundreds if not thousands of different addresses :P

Still, all that makes your argument even stronger and I enjoyed the read. Again thanks for the mention, I really appreciate it!

Yeah, That's true. I just wanted to show a really conservative number. I'll add your thoughts in the text, because it is very relevant. Something like 0,05-0,1% is a lot more likely number. Thanks!

This is a wonderful post and very eye opening. Thank you for digging in and finding this info. I also tells me that we are not in a bubble, but does show that the highest on the totem pole have a lot of power to influence the price.

Thank you very mucho! We are certainly not in a bubble. BUT, there is a lot of FUD, so it will continue to be volatile. Sure enough, the biggest accounts do have a lot of power to influence price, but it is much better than it was one year ago. Back then there were almost no accounts which held between 0,1-100 BTC. Now, there are much more.

I agree! I'm one of those people in the new category too.

Thanks man for the mention, i really appreciate it! have a fever now so I don't have the strength to actually read the post but I will tomorrow :*

I appricate you having the courage and strength to write..may Odin bless upon Thee in thou hardships.

This post has received a 25.77 % upvote from @booster thanks to: @scandinavianlife.

I always wondered this, now I have a solid answer, thanks! Makes me think about the guy who threw 6 million worth of bitcoin away in 2013.....he must be killing himself now. Over 200 million and counting

This post has received a 6.86 % upvote from @buildawhale thanks to: @scandinavianlife. Send at least 1 SBD to @buildawhale with a post link in the memo field for a portion of the next vote.