Hi everyone. This article will cover the different solutions working to scale the top two cryptocurrencies, namely Bitcoin's Lightning Network and Ethereum's Raiden Network. Also, today is my 1-month/31-day Steemit birthday 🎂, so all of the first 31 comments posted below will earn an upvote from me. Though it's just one cent, it's my way of saying "thanks" to all of my followers and readers. Let's get started! 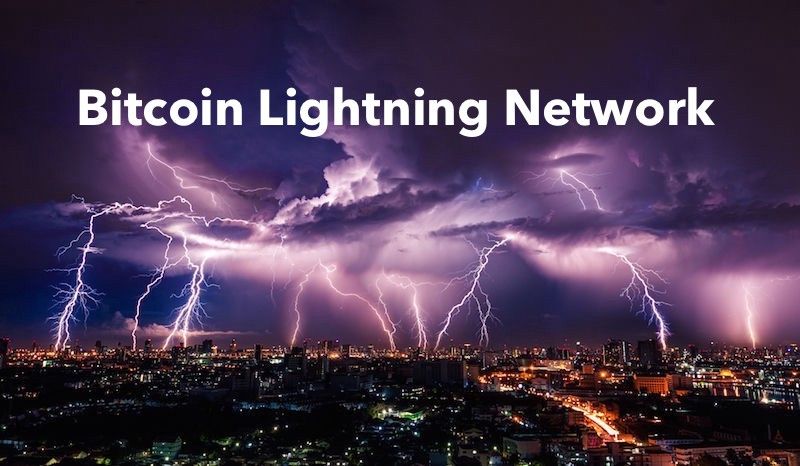 What's the Lightning Network, and what does it do?

The blockchain is only used for setting up and closing the payment channel, so all of the caveats that come with blockchain usage are minimized. The Lightning Network greatly improves these essential areas:

Lightning Network transactions can be represented as "IOU" (I owe you) letters that state that Alice owes Bob 2 BTC. Any IOU can be "given to the blockchain" by either Alice or Bob, though that would incur small fees and waiting times. Now, Bob went out to dinner and Alice payed 3 BTC for the both of them, so Bob updates the Alice-Bob IOU to say "Bob owes Alice 1 BTC." Alice doesn't trust Bob anymore and doesn't want to do business with him, so Alice takes the IOU and gives it to the blockchain, making it official.

How can it do that?

As explained above, the Lightning Network takes most transactions off the blockchain into "payment channels." But what are these, and how do they work?

It's not that simple, but it's not too complicated either. Here's how the payment channels work:

But what if Charles wants to send money to Dean, yet they don't have a payment channel set up? Additionally, this is going to be a one-time or low-frequency transaction, and Charles doesn't want to set up a payment channel with Dean. How does this work?

The Lightning Network is very powerful and many believe it's the future to scaling Bitcoin. The official paper details that if all Bitcoin users hold at least one payment channel open and that the nodes are interconnected, a near-infinite number of transactions can occur on the network. The Lightning Network is being built and finalized right now, and is already available on Litecoin (LTC), as users are hoping it comes to BTC soon. The Ethereum Raiden Network is a scaling solution incredibly similar to the Bitcoin Lightning Network; in fact, the main concept of two-way state channels exists in the Raiden Network as well.

However, the main difference between the two is usage: Bitcoin's Lightning Network is built to be used only on payment transfers. After all, Bitcoin is a cryptocurrency for payment and fund transfer. Ethereum, however, has a variety of other uses from tokens to smart contracts. On the Raiden Network, ERC-20 tokens can also be transferred along with ETH.

Additionally, many decentralized applications can run on the speed and scalability of the Raiden Network. For example, a decentralized payment appreciation service. Think of dTube, Steem's decentralized video service, yet instead of creators being paid only when the user chooses to upvote them, they get paid constantly for every second watched. This can set things up to compete better with Youtube, where creators are paid for every ad watched, yet get rid of all of the paywalls and ads in the process.

Also, the Raiden network can be used to promote fast DEXs (decentralized exchanges). It seems very useful for the IoT (Internet of Things), where small bits of bandwidth, storage, or processing power can be traded at super-fast speeds. Just like the Lightning Network, Raiden allows for fast, low-fee, scalable, trustless transactions, yet adds in all of the "ethereum" bits like Decentralized Apps and Smart Contracts.

In the end, both of these solutions are amazing works of technology that could allow for cryptocurrencies like these two to be scaled for widespread usage, alleviating many of the caveats of both.

image sources: 1 - medium, 2 - coinjoker
knowledge sources: 1 - lightning.network, 2 - raiden.network
appreciation: Thanks for reading my post(s). To thank you for being such a wonderful follower/supporter/reader, simply comment below sharing your thoughts on these networks. I'll upvote the first 30 comments over the next few days as my way of saying "thanks."

I explained how to make money with Lightning Network nodes, in this article.
https://steemit.com/lightning/@coinsity/a-guide-to-make-money-with-bitcoin-lightning-network-nodes

mooncryption, thanks for laying the difference between the two coins. For now, I am currently hold Bitcoin, Etherium and Litecoin. Is there another coin or solution for increase performance that we should invest in. For example, EOS seems to be the dark horse for high performance blockchain. Your thoughts please. Following, upvoted and resteemed

Sambor, Thanks for the list. Right now using the Nicehash application to mine the best coin of the day. The results gets deposited into a wallet in Bitcoin or Etherium. Upvoted and following.

Nicehash is great. If you’re a miner looking for new hardware, check out this project: https://halongmining.com

It’s an attempt to introduce an open source hardware project to Bitmains market dominance, with great people behind it. It was sold out after one week, but new ones will be awailable soon, so good to keep an eye on it. It will be shipped in March, first pay - first receive. Happy mining and tnx for upvote and follow!

sambor, thank for the advice. Will check that out for updated mining rigs in 2018.

Hi,
You're right, EOS is a great coin to invest in (especially because it's so cheap right now), given the people behind it and the performance it continues to show. I am currently invested in Bitcoin, Ethereum, Litecoin, Monero, EOS, Bitshares, and Steem in different quantities— I think EOS and Steem have a lot of potential to grow, so I invest a lot in those two. Monero is also pretty interesting as it's my favorite privacy-centered cryptocurrency, with untraceable private transactions. Privacy cryptos like Dash and Monero have seen recent increases as well.

Thanks for the question :)

Thanks. I will check out monero and dash

Thanks for the overview mooncryption. Just upvoted and followed you and hope to read more interesting stuff from you soon.

This post has received a 0.90 % upvote from @booster thanks to: @mooncryption.

This post has been ranked within the top 10 most undervalued posts in the second half of Sep 10. We estimate that this post is undervalued by $32.01 as compared to a scenario in which every voter had an equal say.

See the full rankings and details in The Daily Tribune: Sep 10 - Part II. You can also read about some of our methodology, data analysis and technical details in our initial post.

Thank you so much! I just saw your own blog, and I love that we both share an interest for cryptos. Following you as well :)

Appreciate your support; it means a lot to a minnow like me!

(edit) Just saw you're running a witness node; voting for you as well.

more reading about the Raiden Network here, by a seasoned stock analyst pro...

Nice and detailed overview of the Lightning and Raiden network. Both networks are built to strongly leverage their underlying blockchains and cryptocurrencies. Just like the lightning network could save Bitcoin, Raiden will help Ethereum scale. Besides Ethereum and Bitcoin, the two most widely used blockchains, the third major player is Grahpene created by Dan Larimer and runs services like Bitshares, Steemit and soon EOS. Blockbasis is also based on the Graphene blockchain, which does has built in scalability features already.