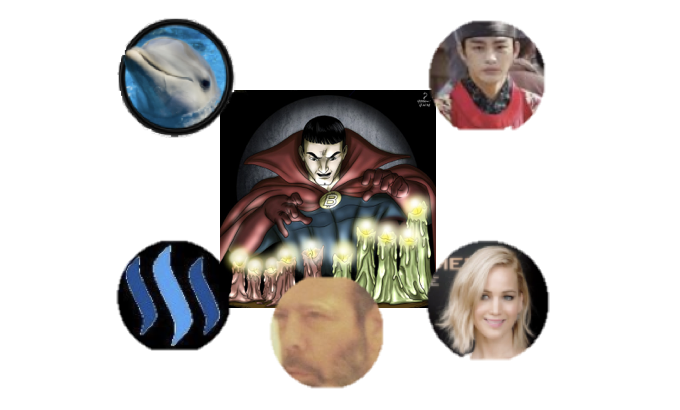 - Not too many news today. - We are holding the 6'600 level. - We are in neutral territory and waiting for a signal for further bullish movement or for a trend reversal back to the downside.

I hope you find those changes helpful.

Mid-term outlook: -> unchanged
He expects us to put in a swing low at around 5'000 in first two weeks of June. From there we probably bounce strong towards 7'500 and more. For now he keeps this target. If we see a good move up he might postpone his 5'000 target but the price target will most likely remain.
Still he is expecting that we put in a final low only at around October.

Technical indicators ( RSI & Stochastic ) suggest that the uptrend is more likely to resume.

This week we still need to keep an eye on Downside Tendency as if the price do not move above 6'842, our bearish scenario ( Medium Term ) will remain valid.

Main count - still valid from older post:
Get ready for the next drop. The expanded flat pattern will likely be done in the next 24 hours (meaning the move up ends with the high of wave C).

7'000 at max before the drop. I don't think it will be a big drop, but it will lead to a new low.
BTC is channeling and moving very orderly for now. IF true, there are a few waves down to come. Target still 4'200.

-New bullish count - not primary:
We need are some more signs of a wave 2 correction. If BTC turns exactly @ 6280 or @ 6160 (fib targets for white wave 2) this count will be a lot more likely than it is now.

Only time will tell if a meaningful and lasting bottom is in. The monthly chart still holds out for further weakness into 2019, however, that does not diminish the nice move up we’ve had off the most recent bear market low. (See video for details)…
For bull run we need to see a much more powerful wave up to 8'366 level.
Daily doesn't look good. Positive sign we have some bullish divergence on the RSI.
The most bullish count is that the intermediate (4) is in and we are moving up. Bitcoin (BTC) Short Term Update: The blue circle shows a potential price pathway of BTC. The purple waves have been updated and it shows a scenario where purple 1,2,3 could be complete and 4 is getting its final touches. Purple 5 is still targeting the 6'300 zone or so. Thanks for the update and the enhancements. I suggest taking Haejin out or you include his BTC updates he now and then publishes on Steemit. The current one is very outdated. Keep going with this; very usefull!

Thanks - I am not yet ready to discard @haejin and @philakone but might do that in the future adding others therefore.

Are you still onto the digitial ID topic? What exactly are you doing there?

Thanks for your response. There is a new analyst I’ve started following also and think it’s of good quality @forex-intraday. Maybe a good addition for your blog?

I have been incredibly busy and indeed haven’t posted anything since the first one. Going on holiday soon and need to think about what i want to do with the blog. I now realise even more how much effort it must be for yourself to post every day!

Congratulations for the publications you do, I think I have had more mastery in monitoring the financial health of cryptocurrencies thanks to that. I really do not know how to thank you for your votes in some of my publications during the World Cup promoting the brand steem-bounty, I'm from Venezuela and every vote for me is an opportunity to stay in this country since it is my most stable source of income for support my family Thank you very much !!