HOW TO START A CAREER AT BLOCKCHAIN: DEVELOPERS (PART ONE) 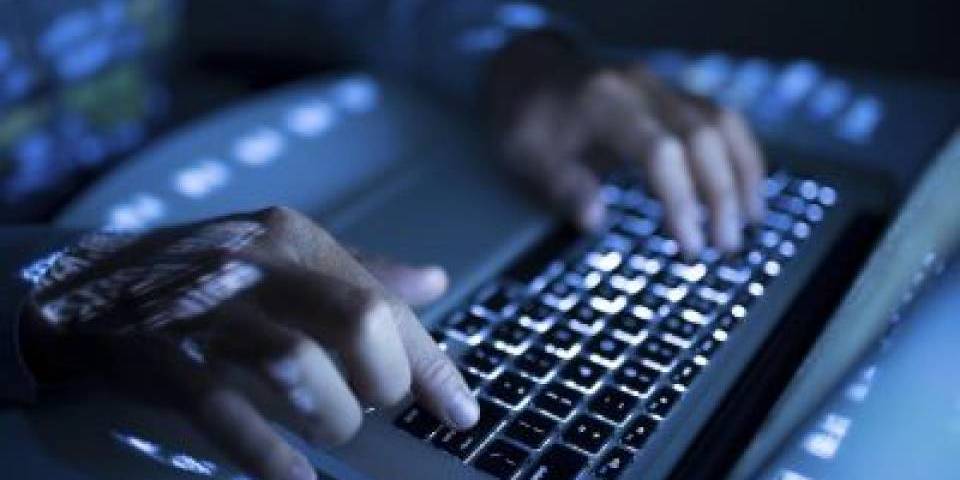 The word "blockchain" in the curriculum is said to increase wages by 25-50%. Telegram chats are constantly on the lookout for developers, managers, publishers, authors, but many people still view the blockchain industry with distrust and it cannot be said that there is a queue of candidates on the doorstep of startup offices. In this article we put together a list of professions with the description of the necessary competencies, recommendations and salaries in the ecosystem.

WHAT DO THE BLOCKCHAIN PEOPLE THINK?

So what is it that keeps people away from the idea of trying out in a promising new industry? Opinions are divided: some specialists do not want to overcome the stress of adaptation, others are interested but do not know where to start.

"How to program this? In what environment? How to take the tests? What can be solved with these smart contracts, how to integrate them with CRM? There are no clear guidelines!", comments Roman, Perl Developer

Journalists, authors and editors do not know how to distinguish between reliable and reliable sources of information. Some people think that there are no real experts and that everyone who speaks at conferences is a charlatan. I don't want to write about blockchain, because for me it's complicated, and understanding the subject takes effort. At the same time, I understand it's a super useful and cool technology. But people have their limits of comprehension. For my grandfather, that limit was the Internet, and for me blockchain and cryptocurrencies", says Ivan, editor.

For managers, the burden and amount of work is not evident.

It seems to me it's like the startup boom - you let a big company get a steady job, pay, bonuses. You start with a promising startup and in half a year you spend the investment and go bankrupt. It's also not clear how irregular the working day is: if it takes me 18 hours a day, thank you, but no", Julia, manager.

Marketing professionals do not understand the market and are afraid of international challenges.

"I do not like this agitation, it is pure hype[euphoria]. I am interested in projects in the real sector related to logistics, and not this bubble", says Constantino, marketer.

BECAUSE WORKING ON A BLOCKCHAIN PROJECT IS PURE JOY

The technology is only nine years old and now blockchain has really come to the big silver. This is a young market, which promises huge growth and fast moving career.

Blockchain solves the problem of trust and is able to make a revolution in all areas where there is interaction between people: finance, identity, documents, health, Internet of Things. Imagine a world where you can't be fooled. The basic principles of blockchain are transparency, distribution and impossibility of counterfeiting.

aAlmost all industry professionals are pioneers who learned on their own. Colleges are just beginning to think about starting blockchain related courses. Because of this, many large companies accept inexperienced interns and specialists and are willing to pay well.

Blockchain is an international market and the Spanish-speaking world has many opportunities to achieve a high positioning in the new cryptoeconomy.

In principle, emerging companies or startups created to compete in the blockchain ecosystem and that in turn are creating the infrastructure of cryptoeconomy: platforms, transaction systems, Lightning Network.

Also projects that focus on ICO launchings need marketing specialists with the skills to promote projects in international markets.

Development of projects within the social network in Steemit blockchain. For example, for the Venezuelan community, we created a bot that helps familiarize you with the beginner's platform and invites you to chat rooms.Ezequiel Juarez commented.

The consortiums begin to include blockchain specialists in their work schemes. For example, the R3 consortium is a banking association that studies the integration of the blockchain into the financial sector. It includes banks known as the Japanese bank Mizuho,?? the Italian UniCredit and the Swedish Nordea among others. More members are added each month.

IT corporations such as IBM and Microsoft are investing in their own blockchain and are planning to implement their innovations.

The Mexican and Venezuelan governments are paying attention to the development of regulations for the use of cryptomoney. In other latitudes, Japan and European countries are at the forefront in this matter.

Many insurance, medical and transportation related service companies have begun to make their information storage and data verification processes through blockchain technology.

For all jobs there are recommended common requirements for candidates:

JOBS IN DESIGN, DEVELOPMENT AND INFORMATICS

A startup blockchain usually grows exponentially after release. For this reason, these projects require designers, front-end developers and back-end developers all the time.

A UX designer has to design the landing page or web site of the blockchain project. Templates are not used for security reasons for ICO sites, so the site creation work will include prototyping and design. The designer must know how to do the layouts.

Skills required: prototyping, attention management. Blockchain projects have already formed a recognizable minimalist visual style. Examples can be seen in the portfolio of The Codeine agency, who created Golem and Qtum. 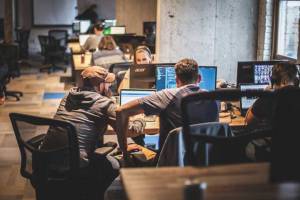 Usually a designer signs a contract for the duration of the project, it is estimated that the remuneration can be from $1000 to $1500 per month.

After the ICO or project launch, the design team can be complemented by an illustrator who makes all the artwork in a single style. If the project makes the mobile application, they need a UI designer to develop the application interface. Cripto periodicals also frequently look for illustrators and designers of infographics.

Web developers are indispensable in projects that launch an ICO without their own blockchain. There is enough CTO that can control the development of the site, conduct vulnerability tests and prepare to repel hacker attacks during the sale of crowdsale.

It is important to remember that not all projects require developers to create their own blockchain immediately.

This article will help you study the basics of blockchain for web developers. The web developer fee starts at $700 and reaches $1500 per month.

Many developers use Solidity, which is the language of intelligent contracts based on Ethereum.

The language is at a relatively early stage of development, it does not yet have complex constructs or unique abstractions. Anyone with programming experience can program in Solidity after 20 minutes of reading the documentation.", says Sergey, blockchain consultant and web developer.

In these links you will find tools to get you started:

Blockchain developers are looking for projects with their own blockchain, such as Golem, Waves, Steemit and Golos. Most of the blockchain: Bitcoin, Ethereum, Stellar, Ripple, Hyperledger, are written in C++ or similar programming languages. Geth, Ethereum's official client, is in GoLang. Hyperledger Fabric and Hyperledger Burrow are also in Go, Hyperledger Sawtoothlake is developed in Python. The advantage for the developer will be the knowledge of any language that is easy to adapt to the needs of blockchain: Java, Golang, Rust, Scala, Haskell, Erlang, Python, C, C #. If a developer has completed projects, they can expect $3000 or $5000 per month.

The source code of popular blockchains, such as Bitcoin's blockchain, is usually open. You can download it from Github, study, modify and use it. There you can read the developers' discussions and participate in the process.

To develop new blockchain you need to understand cryptography: understanding the difference between public and private key, verification by agreement, hash functions, binary numbers. Anyone interested could log into one of the cryptography forums to get started.

Software testers look for vulnerabilities in smart contracts and mimic attacks on ICO sites with DDoS before they start selling or crowdsale collection. All blockchain have test or testnet networks, where bugs can be reported and compensated. In addition, testers can test themselves with classic bounty, a vulnerability-seeking campaign,? then get a reward in the project's cryptocurrency. Smart contract and vulnerability testers receive at least $2000 per month. The maximum wage has no limit.

The testers are required in projects where threats must be constantly searched for. For example, the Coinbase bureau pays people who find a vulnerability in your system.

In this issue we address issues related to developers. In the second part, we will highlight the explosion of interest in blockchain in educational institutions and describe how editorial work related to this technology is performed.

RIPPLE INCREASES ITS VALUE AND SCALE TO SECOND PLACE IN THE CRYPTOMARKET BY MORE THAN 90%: https://steemit.com/bitcoin/@emmanuel250998/ripple-increases-its-value-and-scale-to-second-place-in-the-cryptomarket-by-more-than-90

A BIFURCATED STORY: THEY PUBLISH COMPLETE COUNT OF HARDFORKS AND BITCOIN SOFTFORKS: https://steemit.com/bitcoin/@emmanuel250998/a-bifurcated-story-they-publish-complete-count-of-hardforks-and-bitcoin-softforks

THE MOST IMPORTANT EVENTS AROUND BITCOIN DURING 2017: https://steemit.com/bitcoin/@emmanuel250998/the-most-important-events-around-bitcoin-during-2017

BITCOIN PUTS THE SKIS IN THE ALPS AFTER BEING ADOPTED BY THE TOURIST RESORT ST. MORITZ: https://steemit.com/bitcoin/@emmanuel250998/bitcoin-puts-the-skis-in-the-alps-after-being-adopted-by-the-tourist-resort-st-moritz

I hope you found the information helpful! Please give me your vote and resteem my post to help me grow in the community. Also follow me so that you don't miss the latest news about the cryptocurrencies. Greetings from Venezuela ;) soz too much for me to bother reading, you had me in the beging but after that first scroll down i lost interest

Very interesting. I think anybody who understands how the blockchain works will many opportunities in the future. Thanks for your article.

Thanks to you for reading friend @jedstephen

Great Content!!! I am actually applying for an HCI program. This is actually super useful for me. Thank you for putting in the time and effort for the post

Thanks to you for reading my post my friend @cpt.laserbeam greetings :)