Today Bitcoin and other Cryptocurrencies took a major dip today. Bitcoin almost drop 18% with potentially larger dips in other cryptocurrencies. The blame game has started with fingers pointing to South Korea and China. I was lucky enough to visit Seoul Bitcoin Center and found that there isn't any bad news coming from the government here!

market is red every where... red!

Thanks, great video! I just posted some updates on several coins. 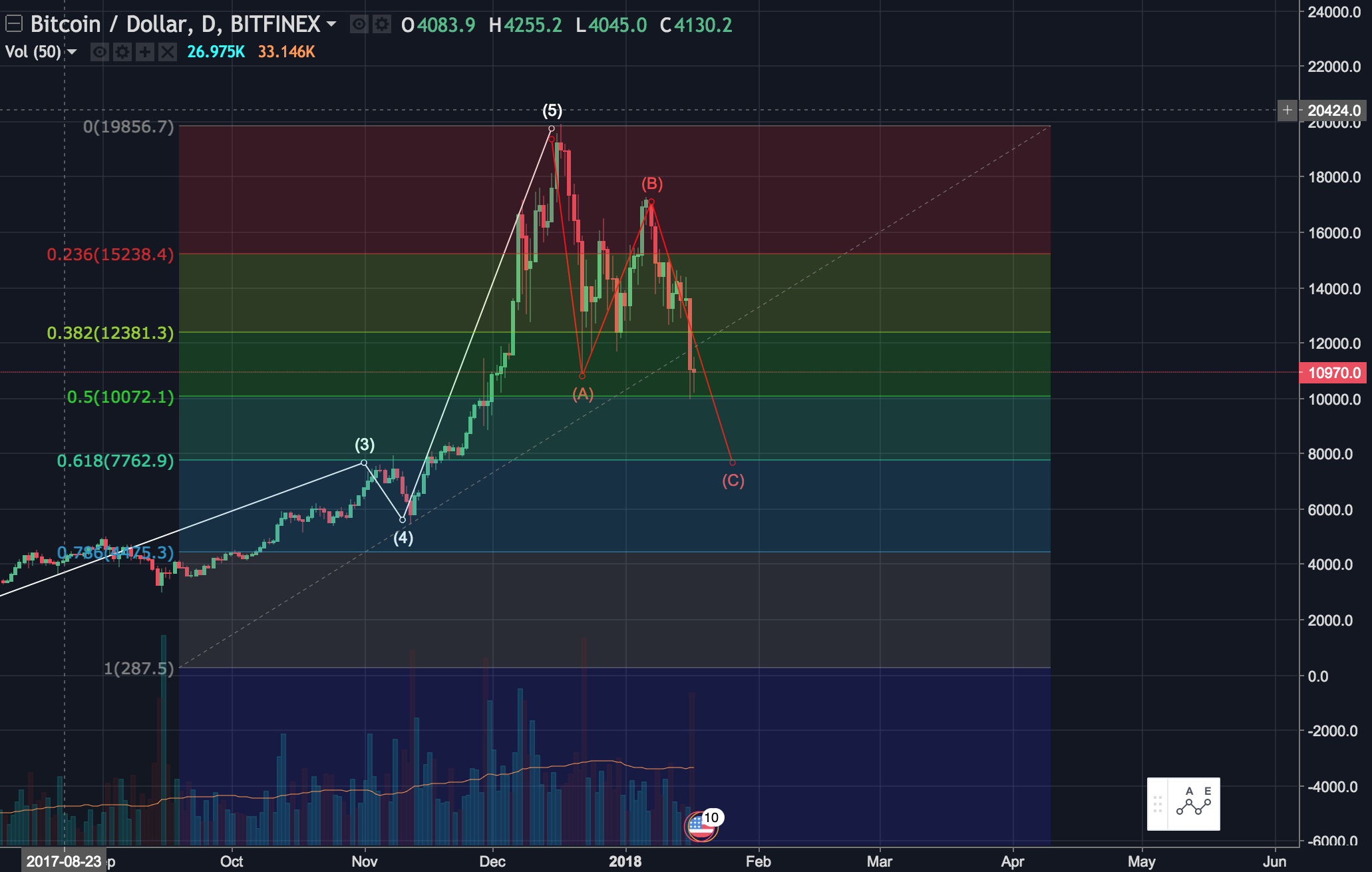 Surely you be used to it now =), hold and buy. Take everything give them nothing.

@eight-rad that is well said. My thoughts exactly.

Interesting seasonality there... However, if the China had already banned trading, how are they having so much influence on the price?

Think they banned trading jn september and lost billions when bitcoin went to 20k..so dont think they will ban it anytime soon..if they do like s korea it wont be permanent ...lots of money to be made for countries trading crypto

It is f*cking bloody!

When you see so much red.. is the best time to buy more..

The dip is over! everything is on sale! the next stop is 50k!

Ya, I decided I wasn't going to check it for a while too......... maybe I lasted a little longer than 20 minutes! So true about that Reddit comment.

lol thats hilarious same exact thing here... I was like im just not gonna look not watch till i start hearing buzz of the bounce back but i been on a hundred times watching the blood bath... ohhh We shall recover!! we been here before. thats what i keep saying

Everything is coming back to realistic valuation. No worries here. We weren't all going to tolerate 50 dollar transaction fees forever. So hey, remember that this thing is unstoppable in the long term and continue to weather the storms!

I need to stop looking at my Blockfolio App.. anyone else agree.

Thanks for sharing,nothing is certain and i think people are going to rush to but bitcoins now. I wish i could buy haha 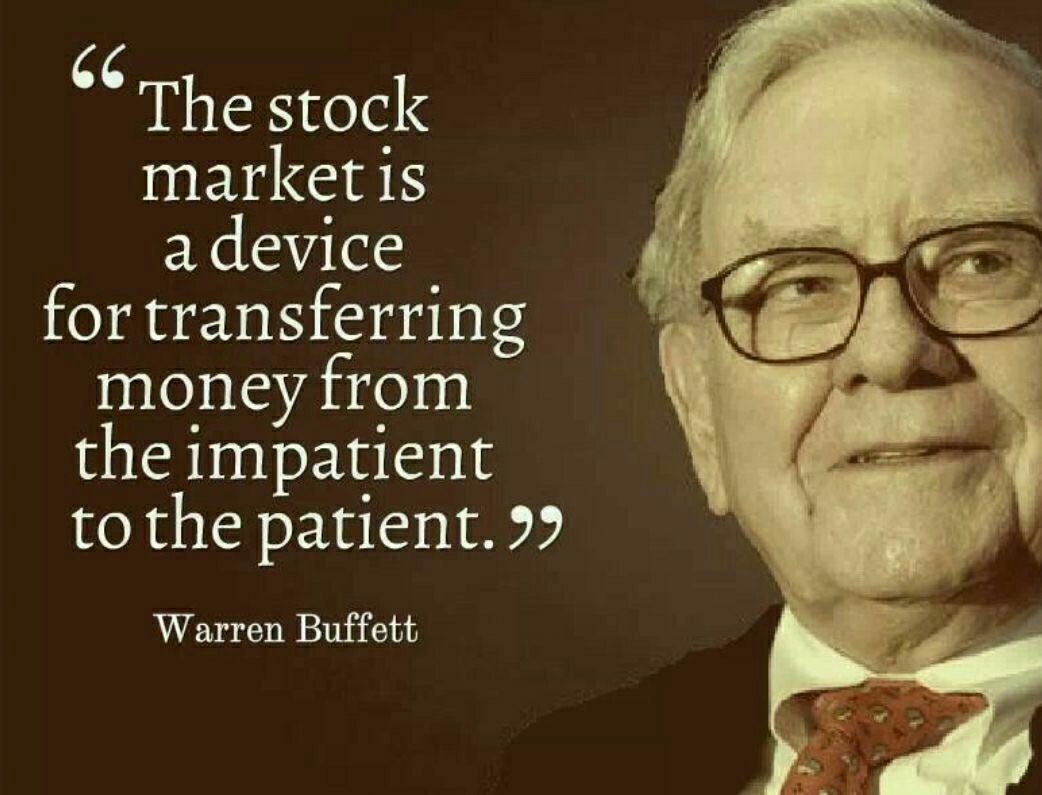 Many exchanges disabled new sign-ups, which is preventing fresh $ from coming into the ecosystem. This is another big reason for the current dip, but is not getting the blame it deserves. As always Hodl!

Warren Buffet trash talking Bitcoin was in the news everywhere again too. I love this Bitcoin rollercoaster gif I found on reddit :) https://steemit.com/cryptocurrency/@sebaztian/weeeeeeee-journey-to-the-centre-of-the-earth

Couldn't agree more. It's actually a very positive and exciting time for people that believe in crypto.

Buying up all my favorites today while the market bleeds.

I'm doing the same thing. My 2 questions right now are when to buy during the down trend, and which ones I think have the most potential to come back (like phoenix from the ashes lol), or come back the strongest/fastest

We survive because we're HODLers.

The happened every single year in the past. If history repeats itself as many says about bubbles, then this is a repetition of history too. Then, a boom will come out after this, and a higher boom, higher highs for all crypto!
Stay strong!

What dip? It’s just a normal day in cryptoland :-) Seriously, if the dip is really caused by upcoming regulatory involvement than I think there is some misperception in the market. Regulation will come anyway and is also needed for the crypto market to develop further.

Congratulations @boxmining, this post is the second most rewarded post (based on pending payouts) in the last 12 hours written by a Hero account holder (accounts that hold between 10 and 100 Mega Vests). The total number of posts by Hero account holders during this period was 380 and the total pending payments to posts in this category was $13421.68. To see the full list of highest paid posts across all accounts categories, click here.

Congratulations, your post received one of the top 10 most powerful upvotes in the last 12 hours. You received an upvote from @thejohalfiles valued at 379.74 SBD, based on the pending payout at the time the data was extracted.

Hodlers will be the ones who see the most gains at the end of the road. I see clearance crypto right now and buying anything i can that i believe in.

bitcoin center, that's really cool! i wish there was one here too! well at least they are optimistic :)

Nice. It's all cyclical stuff... Filling my bags with Crypto over the next few days and Hodling through 2018! Fantastic to find someone on the spot in the right time with a different opinion. Me and many others , I think , trust you and your news ... even more than bbc or coin desk :)

Nice that about blockchain........
also good for bitcoin
thanks dear for sharing that is

Free cryptos for everyone!

but crypto wold are so scared by few govs ?

Dips aren't mean to be survived tho, they're meant to be taken advantage of... Aaaand you know, make a bank, if it's possible for people to utilize more than 5% of their brains hah.

It's mostly from the China FUD in my opinion, although I am not sure why people are acting so surprised by this China news as they have been continuously cracking down on cryptos for months now, so the recent move really shouldn't be unexpected. Can't we just realize China is out of the space for now, and stop over-reacting to every piece of FUD that comes out of that commie country?

users selling their coins due to China's FUD isn't the big picture. It is more likely that the Miners are dumping their shares before relocating.

Oh, thank you for confirming that there is no bad news coming from Korea. Hopefully this calms down all those people that are panicking right now. I don't believe that bitcoin can go to zero. There are way to many people that support this great innovation. This dip will also pass.

there are some groups in the world. they are trying to keep away peoples from bitcoin and other cryptocurrencies. they spread some bad news about cryptocurrencies and they take advantage of the low price market. they want full control over the crypto market.

It will indeed correct! This is was expected after the sudden surge in price. It will take some time to consolidate. But it will be back! This is the best oppurtunity to buy!
Follow me @meetkarthik

The dip are quiet deep but we will bounce back with more fury.

No worries. The Bitcoin Babes will save us from crypto-apocalypse! :-D World's First Cryptocurrency Girls' Band Debuts in Japan: 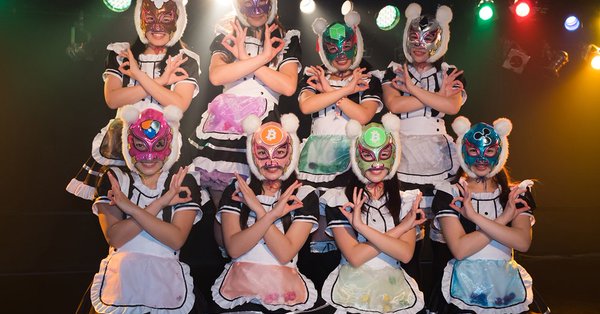 Im buying so much EOS...

for those who has been waiting for this, will be super happy to go shopping for good undervalue coins . Hold the coin for 6mths and you can up 100%

Did they block you? Here are 7 bitcoin debit card services and their rates
https://steemit.com/bitcoin/@dubaiyu/did-they-block-you-here-are-7-bitcoin-debit-card-services-and-their-rates

Great Article. Thanks. Hope you dont mind if I share these helpful articles

3 Cryptocurrency That Would Survive After a Possible Crash
https://steemit.com/cryptocurrency/@dubaiyu/3-cryptocurrency-that-would-survive-after-a-possible-crash

Did they block you? Here are 7 bitcoin debit card services and their rates
https://steemit.com/bitcoin/@dubaiyu/did-they-block-you-here-are-7-bitcoin-debit-card-services-and-their-rates

Hashflare to Include top 20 coins in 2.0?
https://steemit.com/hashflare/@dubaiyu/hashflare-to-include-top-20-coins-in-2-0

Michael, that recorder pretty much sucks, dude. Just saying. But thanks, as always, for putting a smile on all the bullshit that happens in the space!

Thank you for sharing. Correction is good.ready to exit.

I don't understand why people are panicking. Its silly actually. South korea is just one country. There are over 200 countries more left. Anyways this crash has made steem somewhat affordable for me.

Best thing to do is just hold and not sell anything and wait for things to go back up and once you are in the green take some profits and then wait for the market to drop back down, just like it has over the past 5 days , this is a great time to buy more coins if you have the money to invest.. just do not invest what you can not afford to loose..

Very good publication. I invite you to go through my blog. Maybe something that you might like and help me with your vote.

When it red for me . I could buy things on sale .. it’s an axciting time . Hodl for profit

We are at the bottom of a market cycle. Every January for the past three years we have seen the market take a hit. The lows were found on January 12, 2017, January 16, 2016, and January 14, 2015. It would appear that, if this recent drop is the absolute low or near the soon-to-be low, then we are right on track and should see a renewed bullish trend pretty soon. This would also fit into the other narrative I have mentioned which is that Bitcoin market corrections generally take 5-7 weeks to complete, and we are now in the 5th week. We should generally expect to see the $17,000 level in about 7-10 days, if things continue following the same patterns, and $20,000 within a week after that. Is this going to happen? There are no absolutes or guarantees in the financial markets, so we don't know for sure. Things have continued to line up as we have mentioned, which is a good sign, but we must remain vigilant in watching the charts. Interesting to note is that the low just hit was within $35 of the low hit on December 22, 2017, which is at the 50% "Dow" retracement level as measured from the September 15, 2017 low of $2972.01. As I have mentioned before, usual Bitcoin corrections are between 50%-61.8% retracements. As a matter of fact, the correction on September 15, 2017 hit the 61.8% level. Because this low matches the low found less than a month ago, I believe there's a decent chance we could see Bitcoin drop even lower, at least to that 61.8% level which would put it around $9349.11. However, the one final indicator that we need to watch is the 200 day EMA (red line that the red arrow is pointing at). That is a major support level, so if price were to drop to the 61.8% level, it is likely that price might continue to drop until it bounces off that indicator. Currently, that would have price hitting a low of around $8450.

I have fainted three times already

When there's blood on the streets...buy crypto! :)

well if history repeats itself, then now is the time to buy again. Thank you for your posts @boxmining

I predict the market turn by Jan 30th

This dip isn't as big of a deal as it seems, hodl all of your coins/tokens and enjoy the ride back up guys.

It's a big deal when you go from 100% gains to 10% loss in a couple weeks....I should have sold and bought back in.....buy and hold does not seem to be good for cryptos

This market is due newbies investors who know nothing about cryptos who are in panic mode. Basically a lot of people bought Bitcoin and other coins thinking that the market would always rise to $100,000. Now the bubble is correcting and nobody knows where it can stop. Maybe what is happening is healthy for the market in general. Experienced investors are probably calm and waiting for the storm to pass to buy.

AriseBank CEO Jared Rice has confirmed announcement will happen today of buyout of 2 banks. If you have bts HOLD and stop selling. If you have reserve coins buy bts now before the boom. 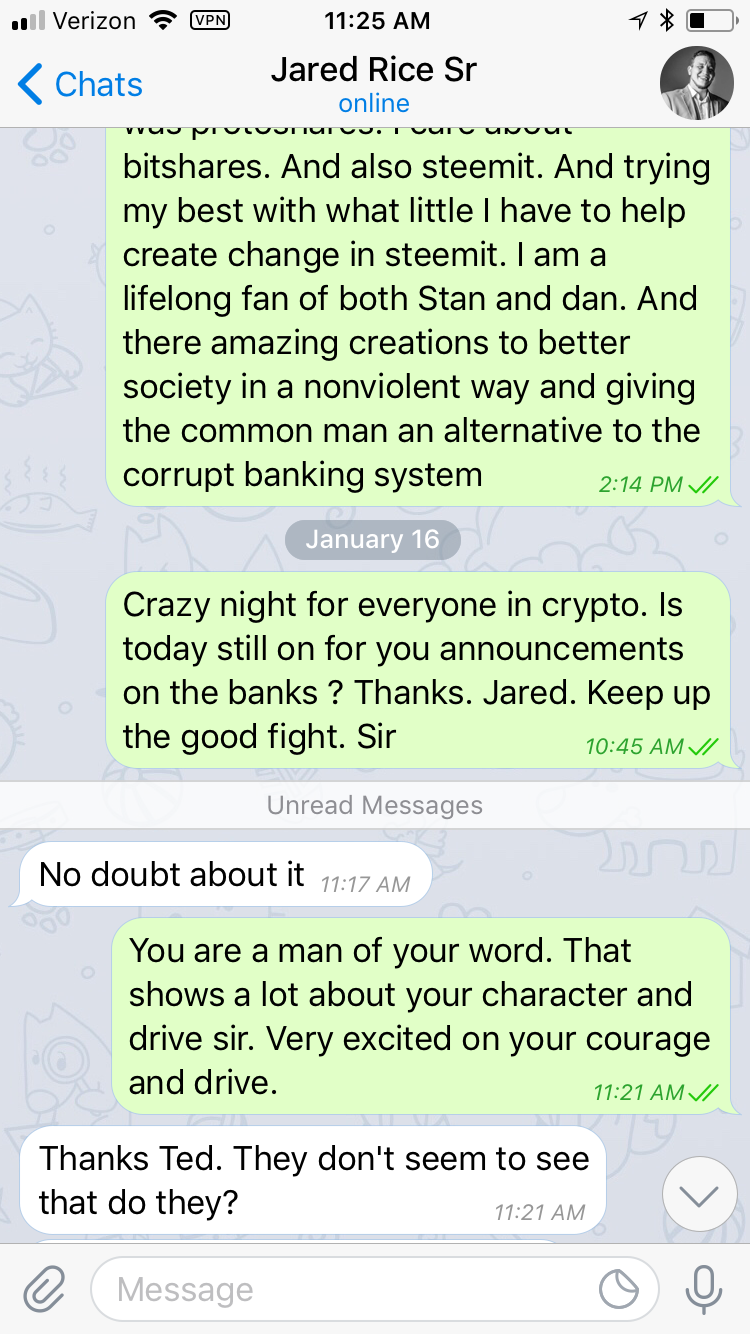