Why is bitcoin are being asked to create the wrong perception ??? For Bitcoin, known as the crypto currency, it is desirable to create the opposite perception for the present and the future. That's why they want to do it. That's why they first and obviously acquire sub-coins constantly in their hands, and accumulators lie in dealing with Bitcoine's confidence and sell their subcoins in their hands with high value. For this, they all made a speech in the social media attention to the month of February, and in 2018 they rank as subcontractors rising. Bitcoin is now seen in sudden decline and rising fluctuations. This is not a fearsome situation, but that is the reason for the false news. Bitcoin will overcome this situation and a rapid increase will pass. The reason why they say this for sure is that the famous businessmen invest in Bitcoine and they want the nation states to instruct the Central Banks for Bitcoin and to set up commissions to do research for Bitcoin, what is the result? Bitcoin is no longer ignored by the nation states. National states are now identified with Bitcoin. In this regard, National States will begin to build an infrastructure for Bitcoin in line with the reports they receive from the Central Banks to create a domestic market. An investment 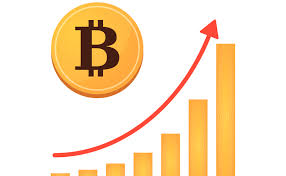 Submit
$0.11
13 votes
10
Authors get paid when people like you upvote their post.If you enjoyed what you read here, create your account today and start earning FREE STEEM!
Sort Order:
[-]
kal-el (55)  ·  2 years ago

Hey Vincentb people! Follow and upvote me, I will do the same for your posts! :) Here's a bonus, amazing girl photos:

Nice post.
Crypto currency will change every thing related to financial and banking. But the swiftness of this process depends on the technology behind crypto currency and most importantly securit. Studying in bot hardware and software field will carry upsides in the future.

thank you for the answer, the future of robot technology will develop in the future, classic money and payment methods will lose value. Countries that are afraid of this are the dollar and the euro currency, this Bitcoine is at war. Because the money in your hands will not have a value, the economies will have a collapse ....

Great info thank you for shearing 👏👏👏🤗