Bitcoin Prices are Falling - Here is what I think

The price of Bitcoin has taken a major dip in the past few hours - is it the sign of a Bitcoin Bubble?

It's time for Bitcoin to be swept aside in favor of a newer, better solution.....Bitcoin Cash!

I just posted a rant about Bitpay not working with Exodus wallets. Basically, I have to transfer my BTC from Exodus to Electrum ($50 cost) before I can send it out over the BitPay network (yet another transaction fee).

I hope BCH stomps the SH#*# out of BTC for that reason alone!

I bought some more

This is more a correction than a crash in my opinion, since the price movement was not triggered by bad news or any kind of fundemental change

Bitcoin bubble !!! I’m tired of those 2 words . If everyone only invested what they are willing to lose . Things would be very different. But Greed and fear are what cause this spikes and drops. This is new and till the world learns that greed is not healthy it won’t reach its full potential.

Thank you O Bitcoin Lord. You have blessed me again today. I bow down in reverence to you. Please give me the strength to buy all future price dips when you wash out the weaklings, non-believers and pussies. Your blessings continue to overflow. Please guide my lost goldbugz friends out of the darkness and into the light that is Bitcoin. I realize they have thick skulls and small dicks, but alas, you have blessed me in both my pocketbook and my nether regions.

I didn't expect the nice gift of buying the bottom of today's dip in price, but your strength and guidance have never failed me. I know you may cast the goldbugz and non-believers upon the rocks and crush them into oblivoin while they cling to the false prophet of shiny metal coins. If that is to be, then so be it. I am honored to be one of your true believers.

retracements are healthy for the market...
I was curious however how was it that all the markets dropped around 30% in less than 12h ..

looks to me like there is still a strong correlation to the btc price , throughout the market , would you agree wiht me on that Michael ?

There is obvious relation of every altcoin to bitcoin because everything is being traded against bitcoin. All of us want to increase our bitcoins so this dump has pushed panic button to sell all we got.

On Binance, you are also able to trade against LTC, ETH, and BNB, which makes it a little more convenient. I beginning to see altcoins as an investment opportunity like the stock market, where you buy low and sell high. So the concept of holding the coins and hoping to make money by just waiting for low periods could prove to be a waste of time. If played well, $500+ could be made easily in about 30 minutes, especially with BTC's fluctuating price right now. What's awesome about this is you can buy and sell altcoins 24/7.

I would agree, although much of it is likely to be psycological.

You inspired me to write this: BTC is dead! Long live BTC!

Hi Michael, even though your assessment on cryptocurrencies are to be considered as your personal opinion and not to be taken any expert analysis, but your opinion matter to some extent.

Hi Michael. I agree with your point that fundamentals don't alter during price gains and loses. Pick the coins you believe will still be around after a crash and that you think have a bright future. Happy holidays. Buy Steem :P

You mean falling for the last few days! It's been a slow decent since early in the week, only to accelerate today.

Something which should be stressed upon and noted: this sharp pullback in Bitcoin and most other coins/tokens isn't a surprise or shock to many people. Especially to those who had been in the market for at least a few months, before the recent bull run.

We had mostly expected this to happen. Especially after how Bitcoin had shot up from $6,000; broke past the psychologically critical barrier of $10,000 AND went up further to almost touching $20,000. It was well due for a price correction.

And how about the alts, when major coins with very big capitalisations like ETH, Litecoin, Ripple, QTUM etc. had added at least 100% (which is `modest' as compared to several hundred percent).

The market was bound to correct... and that's what it is doing right now.

My point is this: since most people had expected this, they aren't shell-shocked and in a daze. Yes, some are - the newcomers who had only just entered the market when it was near the recent peak. However, by and large, many were fairly well-prepared in the sense that they had no illusions as to the market defying gravity by not stopping.

It's in how they respond after this that will be more interesting. My bet is that they will jump back in once they reasonably believe strong support has been established for Bitcoin. With this new support base, it is likely the $20,000 will be challenged early next year.

This is assuming the support of around $12,000 holds, of course. If it doesn't, then right now will be remembered as the moment when the bubble finally burst.

This would be the right time to buy those currencies since you get more value out of your buck!

The recovery will show that whats happening is mini bubbles due to the fact that its so relatively young and also so many joyriders trying to get in and out for a quick buck.
It will eventually calm down, the bubbles will stop because the technology is here to stay

Be like Warren Buffet with stocks. Find the ones that have a solid business model, then buy and hold. Don't do the day trading, just stick to your research and believe in the long-term vision.

HODL and BUY SOME MORE

Bitcoin had lost nearly 25% of its value over the last 24 hours. And the price of most major "altcoins" fell even further, with losses ranging from 19 to 35%.

We remember that Bitcoin could not hold long the threshold of $ 20,000 - a threshold it could have exceeded last Sunday, the space of a few hours.
Futures contracts offered by the Chicago Mercantile Exchange, which allow institutional investors to speculate on Bitcoin, also recorded a sharp decline. They traded between $ 13,520 and $ 13,570, while their courses had exceeded $ 20,000 when they arrived on the night of Sunday to Monday.

Not really, there's a possibility of rebound once conditions are proper, after all, it could not have always been up up up.

Merry Christmas to all those wobbly charachters who now facilitate this gorgeous dip.

Why did it happen? going up again or going down again bitcoin him @boxmining

I personally think it will pick up again. The bubble was bound to happen and people will buy still buy because price is low.

Price wont shoot up overnight but people now know about alt coins as well as BTC. Which will eventually cause the market to be more spread.

Hey Michael, in what world are the prices falling? did you not refresh for the last hour? BTC is at 14K, 17K in Korea

wow, yeah i guess there is still some room for a crrection. I was a little too optimisitic about the development of the next two days. Maybe.

Perhaps the term 'bubble' only exists in the current fiat system. BTC hits all economic goals regarding supply and demand and can only appreciate in value due to the limited market cap. I hope this statement is correct, but who knows. 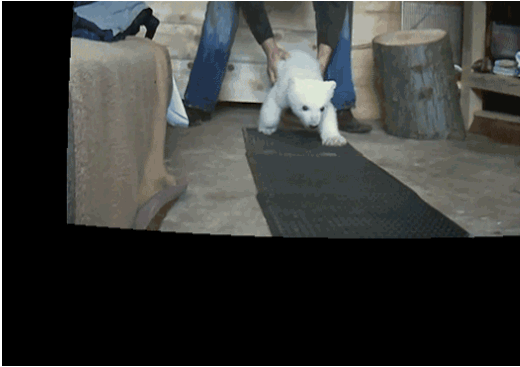 Here's a bear run we can all enjoy!

HoDling but looking at an opportunity to enter some good coins at lower rates.. Hope it follows the pattern :)

Bitcoin is just like a pinball machine. The ball bounces around, goes up, sideways, set off lights and gives you bonus points. In the end however the ball is gone and the game is over!

maybe it will rise one day

What a change within 48 hours. Now we will see if this morning truly is a support level or more fall to follow. Crossing fingers that it was support ;)

Usually I find your videos a bit superfluous and too long, but this one was quite good.
Despite the price being unstable, the technology has proven to be very solid and the develpers are not lying around.
Bitcoin isn't going anywhere.
Thanks for the reminder! Hi Michael , I would like to thank you for your efforts to make videos and educate us. Much appreciated!! Regardless of how volatile the current market is, I am very confident that it will just fine and will go forward in the future. Thanks again this year and Happy Holidays!!

Congratulations, your post received one of the top 10 most powerful upvotes in the last 12 hours. You received an upvote from @thejohalfiles valued at 201.01 SBD, based on the pending payout at the time the data was extracted.

Congratulations @boxmining, this post is the seventh most rewarded post (based on pending payouts) in the last 12 hours written by a Hero account holder (accounts that hold between 10 and 100 Mega Vests). The total number of posts by Hero account holders during this period was 423 and the total pending payments to posts in this category was $9220.24. To see the full list of highest paid posts across all accounts categories, click here.

I do not think there is a bubble burst but a serious of crazy volatility that market makers will love to ride. The placing of bitcoin on the CBOE has made it available to the very people that do not understand the back story sentiment of discontent among the masses that see cryptocurrency as an answer to strong arm ruling class tactics. Nice work, best of luck to you in the coming 2018!

It really needs to drop some more and at least hang there for a few days. There is too much hot money sloshing around.

to many Fee and to many Forks:
https://steemit.com/bitcore/@svtechnik/bitcore-btx-the-answer-to-oversleeping-progress-on-bitcoin

Thank you Michael for your videos. The format and the tempo is very good and I think you are good at explaining what is happening and how crypto works.

Could this price drop just be a slowdown because of Christmas? Keep up the good work and I hope you have a nice holiday time 🙏🏻

Hey man, I watched your Steemit introduction video on Youtube this morning on my way to work and it helped me a lot. Keeps the motivation up, thanks!

There is still a lot of space down the green line, if not the lower red line:

Please don't SPAM... Take a look in this:

what is your entry price for EOS? i would like to see it at 3.5USD