Welcome to another episode of Birding in Suriname. The bird that you see in the thumbnail picture is a Lesser yellow-headed vulture (Cathartes burrovianus). This large bird with a wingspan of more than 1,5 metres can often been seen flying high in the sky. They utilise the thermal air movements in the sky to stay aloft with great ease. 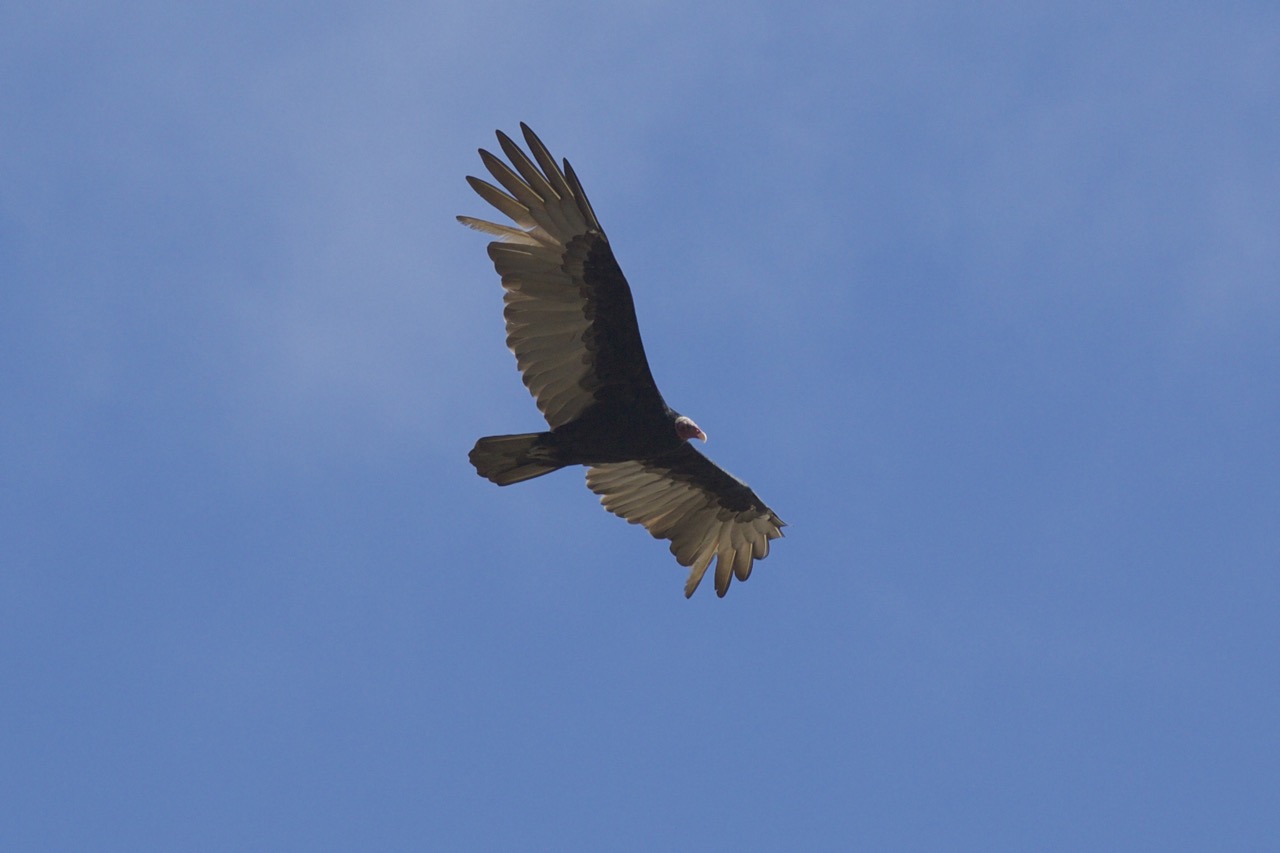 This vulture misses a syrinx. Therefore its vocals are limited to grunts and hisses. The bird is a scavenger and feeds on carrion which it finds not only by sight but also by smell which is rare for a bird. Suriname is a former Dutch colonie. It became independent in 1975. Suriname lies north of Brazil. My birding adventures will be in and around Paramaribo, the capital city of Suriname. 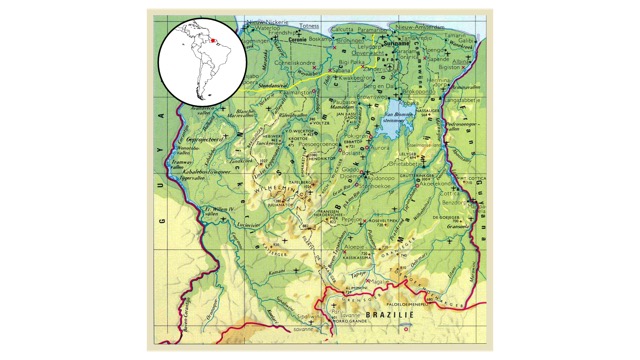 There is a lot of wetland and grassland around Paramaribo. Here we see a Smooth-billed Ani perching on what looks like Pampas grass but this grass with its length of 5-6 metres is much taller. It's also very strong, almost like bamboo, we use it as bean-sticks in the garden. The Ani is a very sociable bird. It lives in groups in open and semi-open country. They build a communal nest in which several females will lay their eggs. They mainly feed on large insects but also small lizards and frogs. In the next picture we see 4 birds together hiding in the grass. 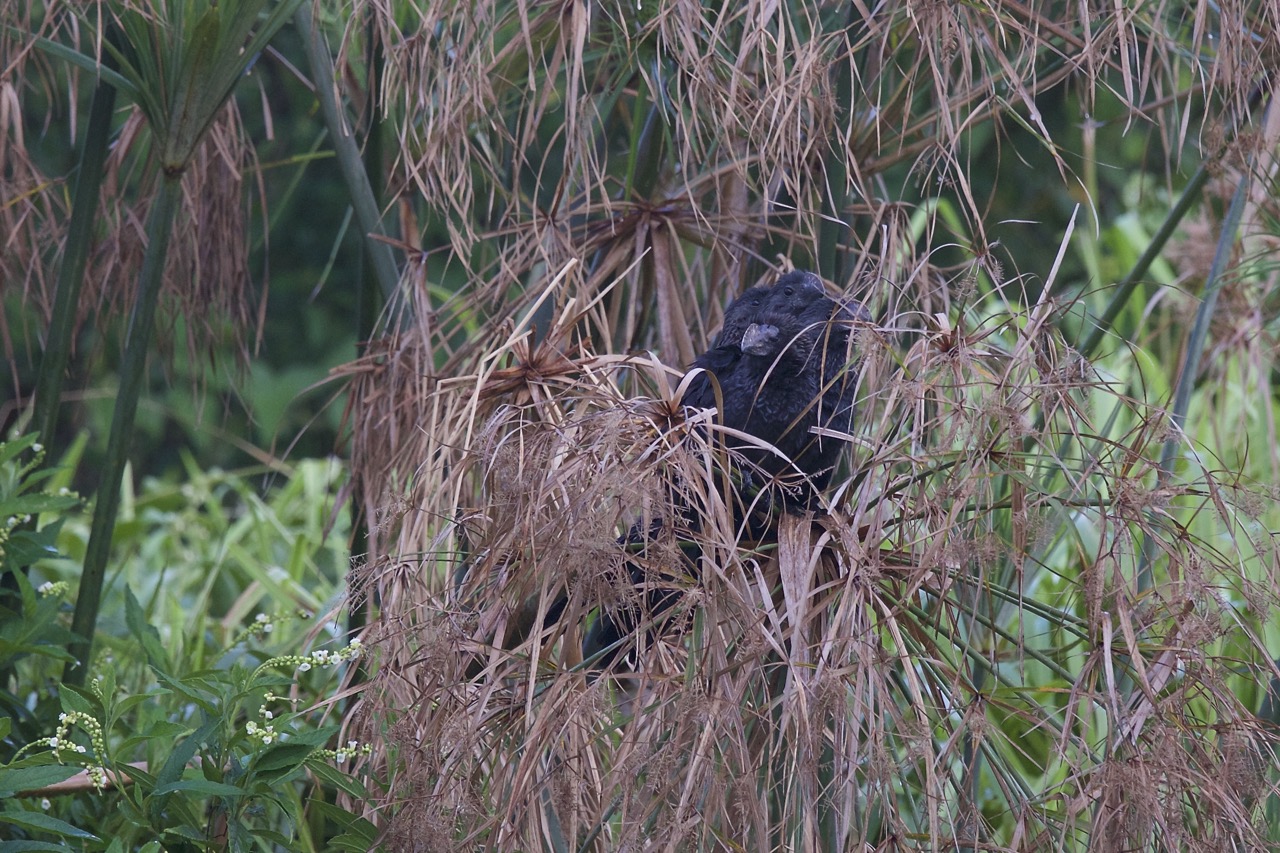 The younger birds help raising the young within the family. The Ani calls his own name which is in origin an Indian name. The ani is part of the cuckoo family. His Surinamese name Kawfutuboi tells us that it likes to stay around cows. It will eat parasites and ticks from the cow's back.
Here is one sunbathing near Weg naar Zee. Last week I haven't spotted any more species. So my list of 46 spotted and identified birds remains unchanged.

Except for the addition of the Yellow-chinned Spinetail which was identified by @ecoinstant last week. Thanks again, great job. 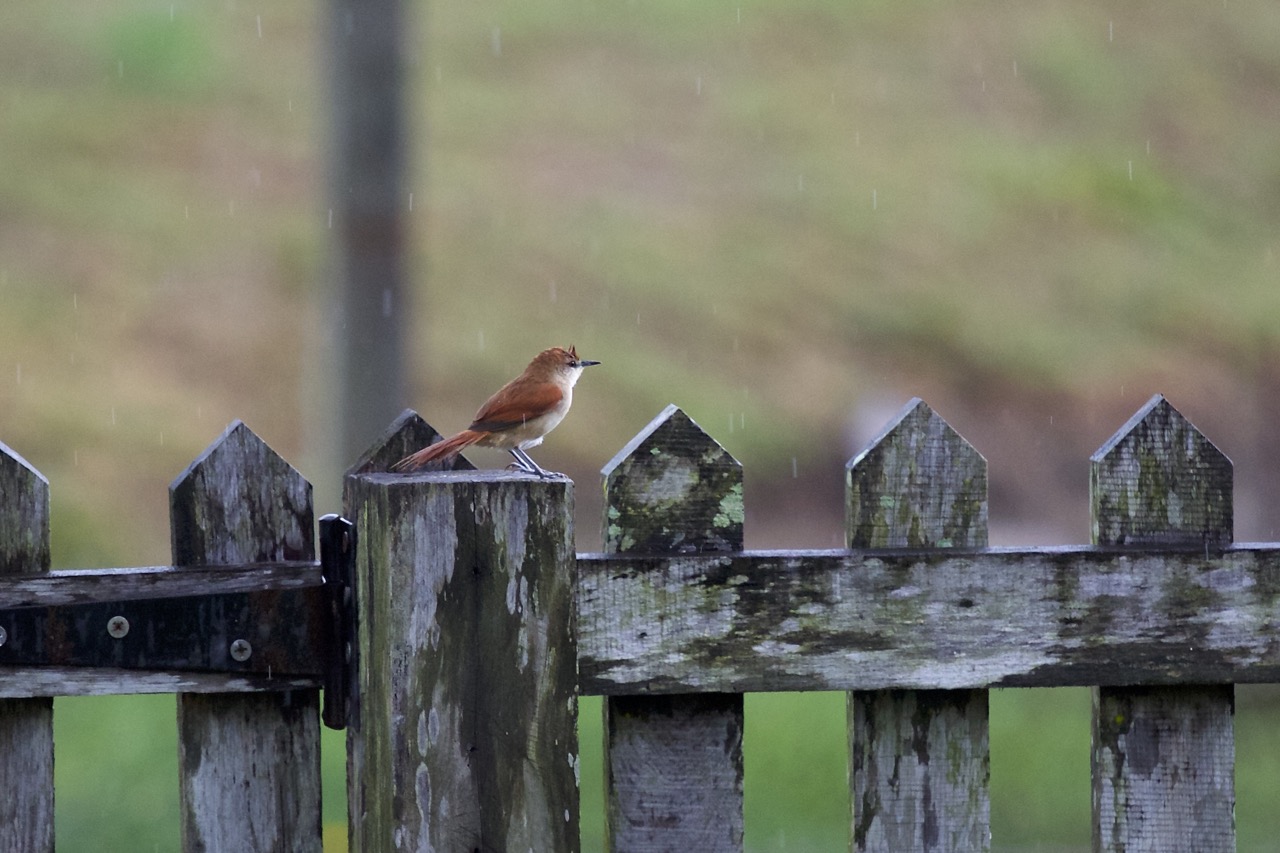 During my birding adventures I also come across some interesting plant life like these epiphytes. I think it's a tillandsia in the family Bromeliaceae. 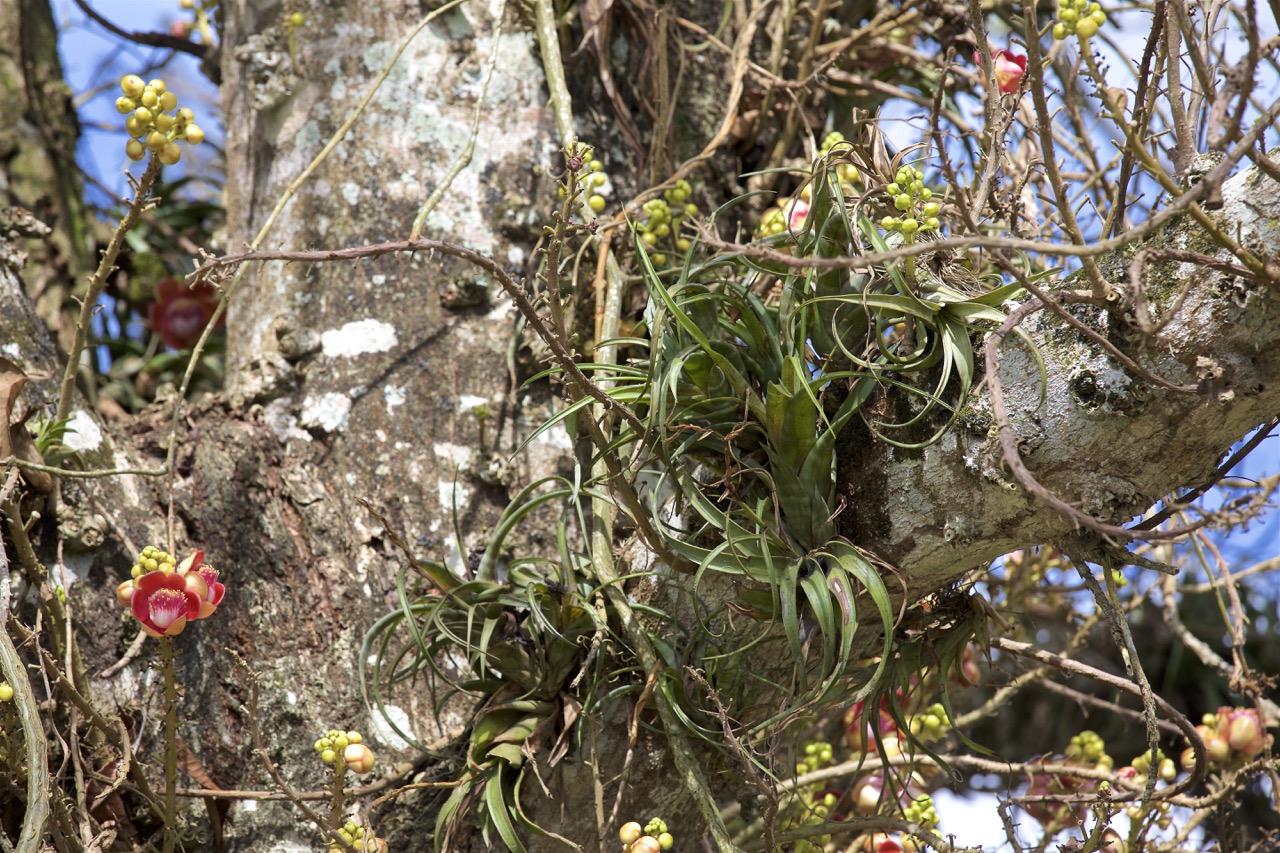 These flowers smell lovely but this plant is maybe a parasite. The tree itself didn't look that healthy. The rainy season has started early this year. I'm sure that these mushrooms don't mind. 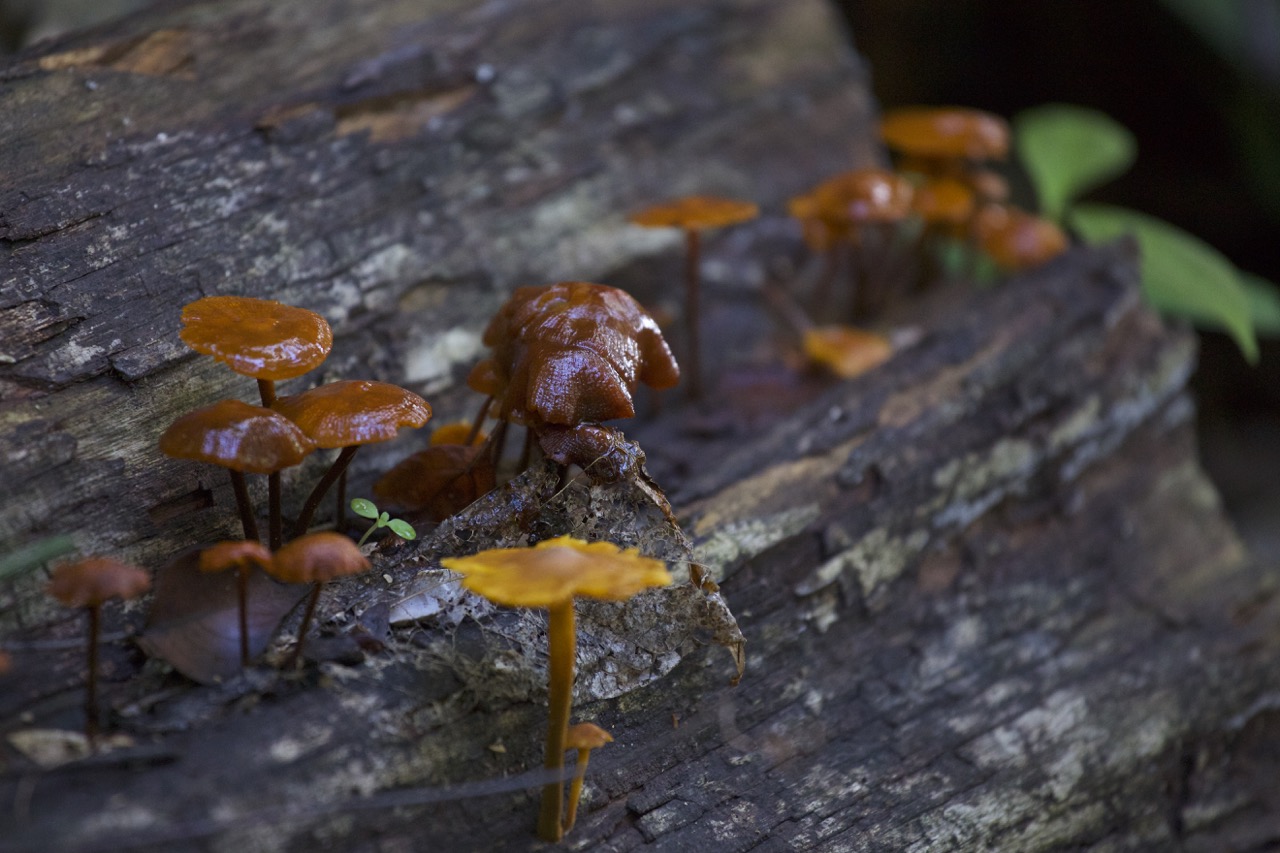 This little songbird is a typical seedeater although it sometimes eats fruit and even flying ants. This is the male with its small white wing-bar. The female and the young are brown. It has a fairly big bill compared to its body. 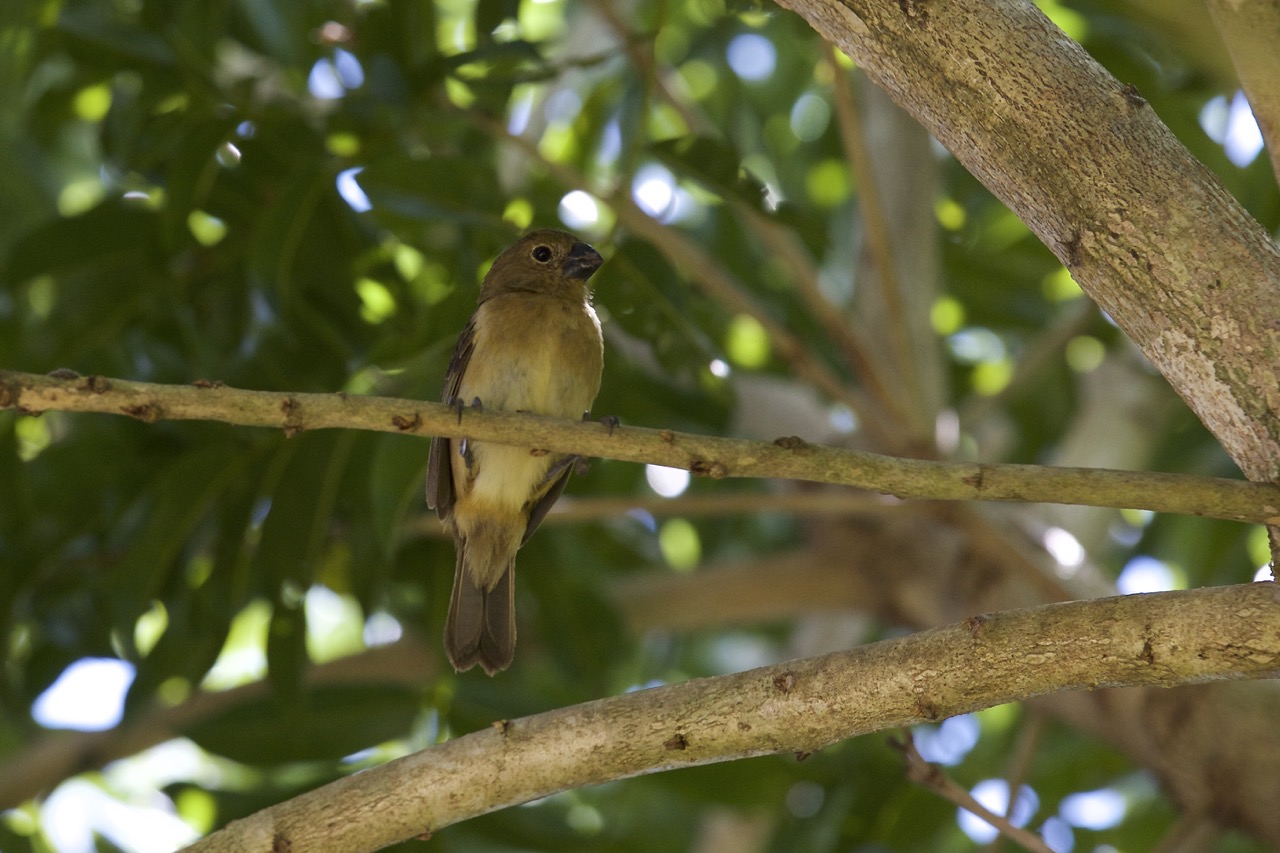 The birds pull down the grasses by their weight to get to the seeds as can be seen in this clip.

The Blue-grey Tanager eats mainly soft fruits like papaya and mango but sometimes it will catch insects in a flycatcher way. They are very closely related to the Palm Tanager which is green. Sometimes the two species can be seen together. 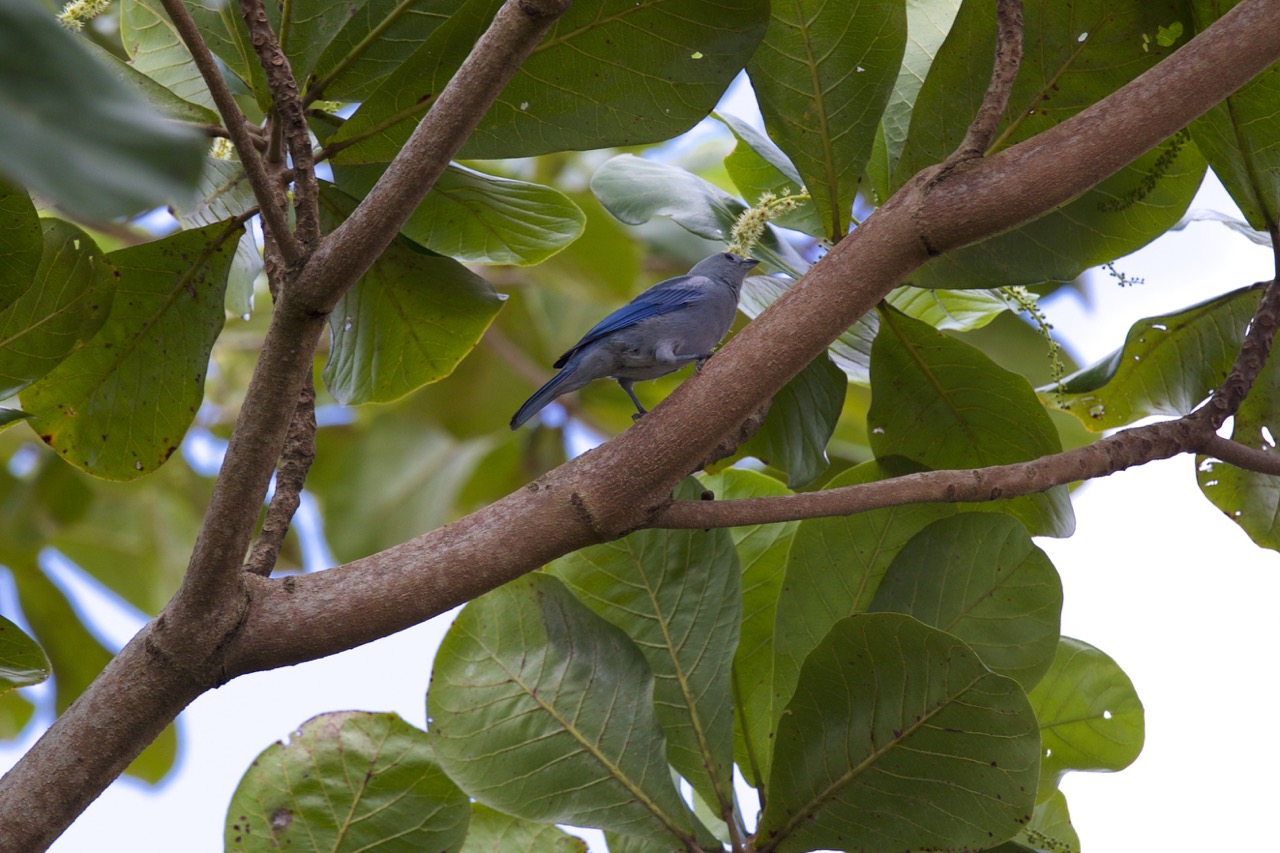 They are a common species here, beautiful as they are, but they are difficult to spot hiding in the trees. They seldom come down to the ground. Here it just caught an insect in the almond tree. The bird is a social bird that lives in pairs or small groups they are often seen and heard in our garden. They make a soft squeaky twittering sound interspersed with thee_suup sounds. 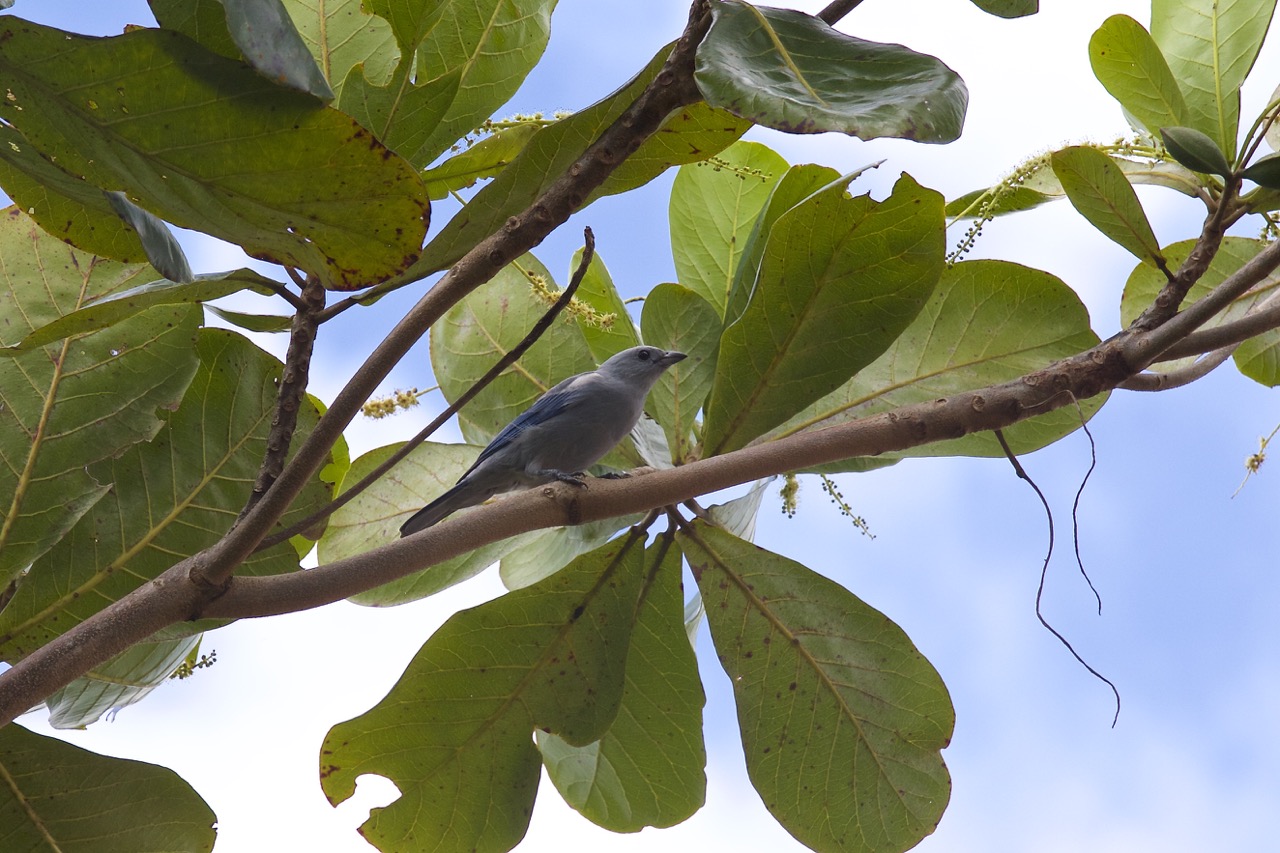 Last but not least the Green-rumped Parrotlet. This is the smallest bird in the parrot family. It's a social bird that lives in pairs or small groups. They mainly eat seeds from grasses but also fruits and flowers. The bird can only be found in north-east South America. When I spot them it's usually on a wire or antenna. They are very difficult to spot with their green colour. This is the female. The male is slightly darker with some blue on its wings. They often fly through our garden making a greegree, greegree sound. These small parrots form strong pair bonds and rarely switch mates. They live in open and semi open country that's why this parrot hasn't suffered so much from deforestation that threatens so many other species of parrots. Here's a pair perching on an antenna. 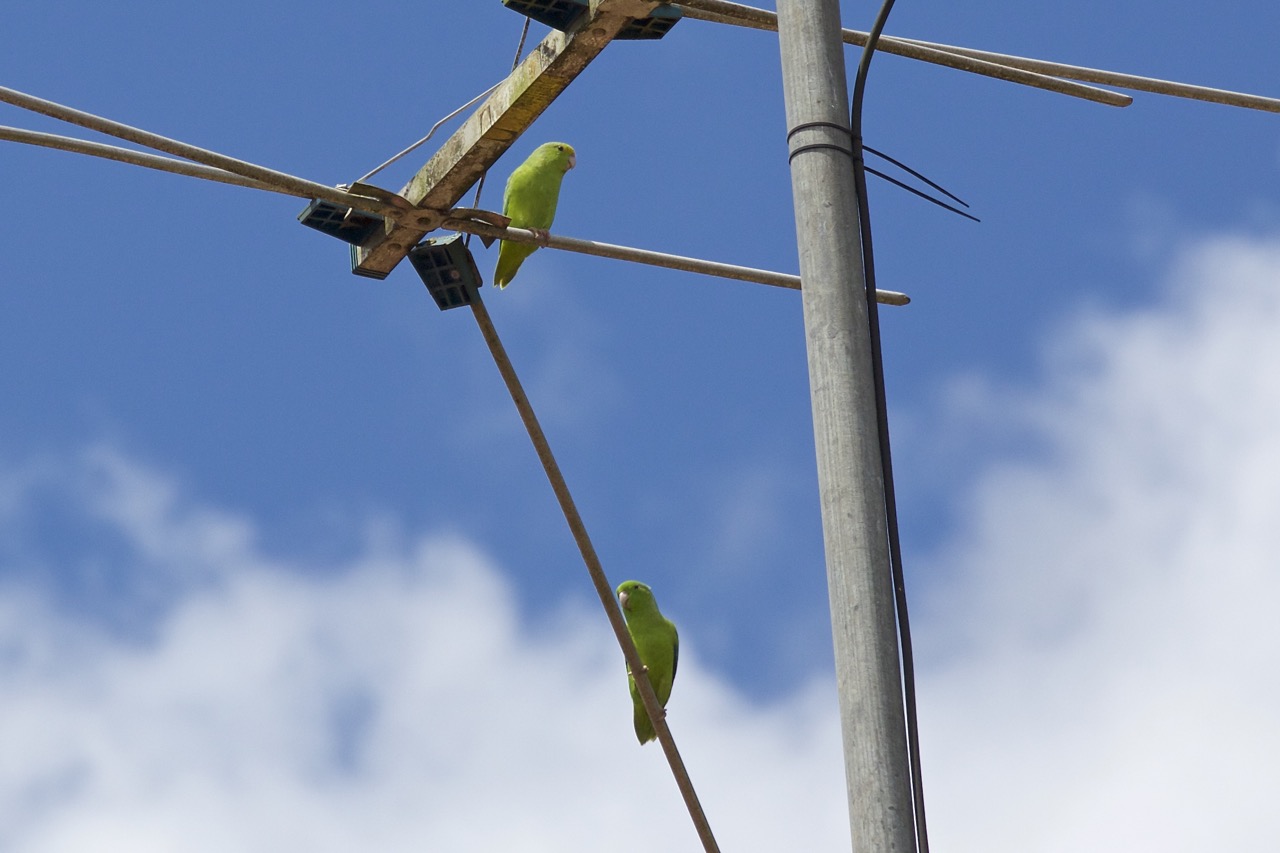 I hope you enjoyed this fourth episode of Birding in Suriname. Please join me next week for more birding adventures.

wow.. i never met a real bird watcher before.. such a long list!
beautiful pictures as always!

Thank you but I'm not a birder yet. I just start to know the birds in the neighbourhood. There are over 700 species of birds in this country so there's still a lot of birding to do.

Congratulations @gardenbsquared! You have completed some achievement on Steemit and have been rewarded with new badge(s) :