Hi everyone, So this week end we were in Dublin, and I tried so many beers I had to share the one I liked the best. 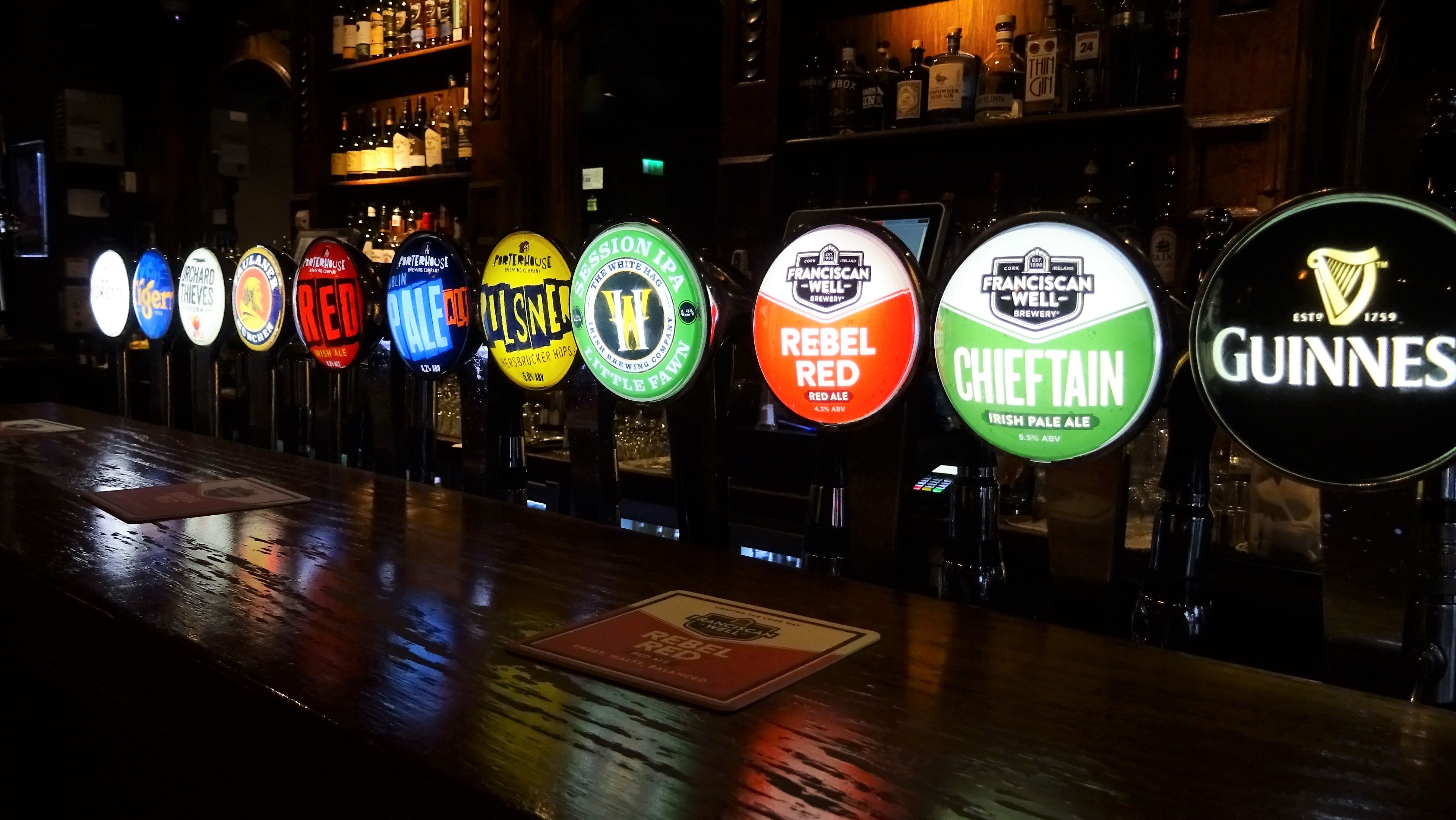 This more or less a translation of my previous post in french, I tried to make it a bit different but the photosare the same.I wanted to submit it to the #beersaturday project I discovered yesturday and I thought it wasn't apropriate in french. So here we go, and please excuse my poor english :-)

First of all it's not possible to start a post about beer and Dublin without talking about the Guinness Company! This beer needs no introduction so I am going to introduce it anyway!

It is a dry stout so it means it it dark, very dark! But if you look closer you will realise it is not a black beer but a red beer with a dense and creamy white head!
The taste: It is not a very strong beer, 4.3%. You can taste hints of dark chocolate and coffee.

When served you can admire a hypnotizing "cascade" (that is the word in french, but when I translate it I get waterfalls and I'm not shure it is right).

While visiting the Guinness Museum, we learned that the Arthur Guinness signed a 9000 years old lease for the St. James's Gate Brewery!!So they still have a lot of beer to make!

That malt has to be roasted to exacly 232°C, any lower and the load is no good, any higher and it caches on fire... 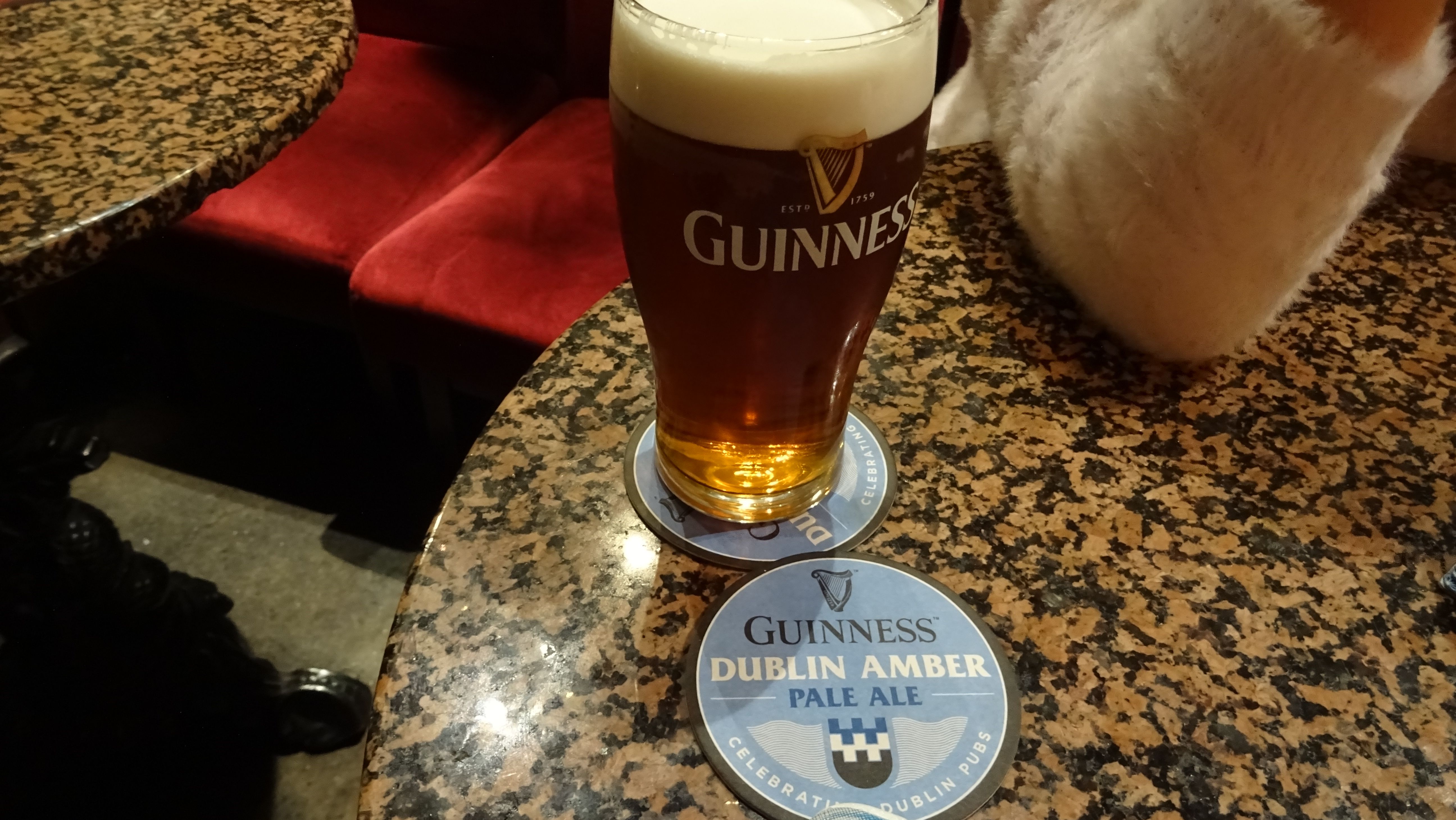 A beer for hop enthousiasth!
6 diiferentt types of hops are used to brew this nice bitter ale, very refreshing!

As you can see on the picture, this pale has a little more dark red in the colour than most.

Most of you beer lovers might already know it but there are a few of them. I didn't tryed them all during this week end but here is another one: This lager is not as ambered as the one above, I found the nose very exotic, and the tase as well. Grapefruit and of course hop are the predominant flavours.

This beer is refreshing but has 5% acl; more than most dublin Beers.

In conclusion it a Lager... and a bit more! 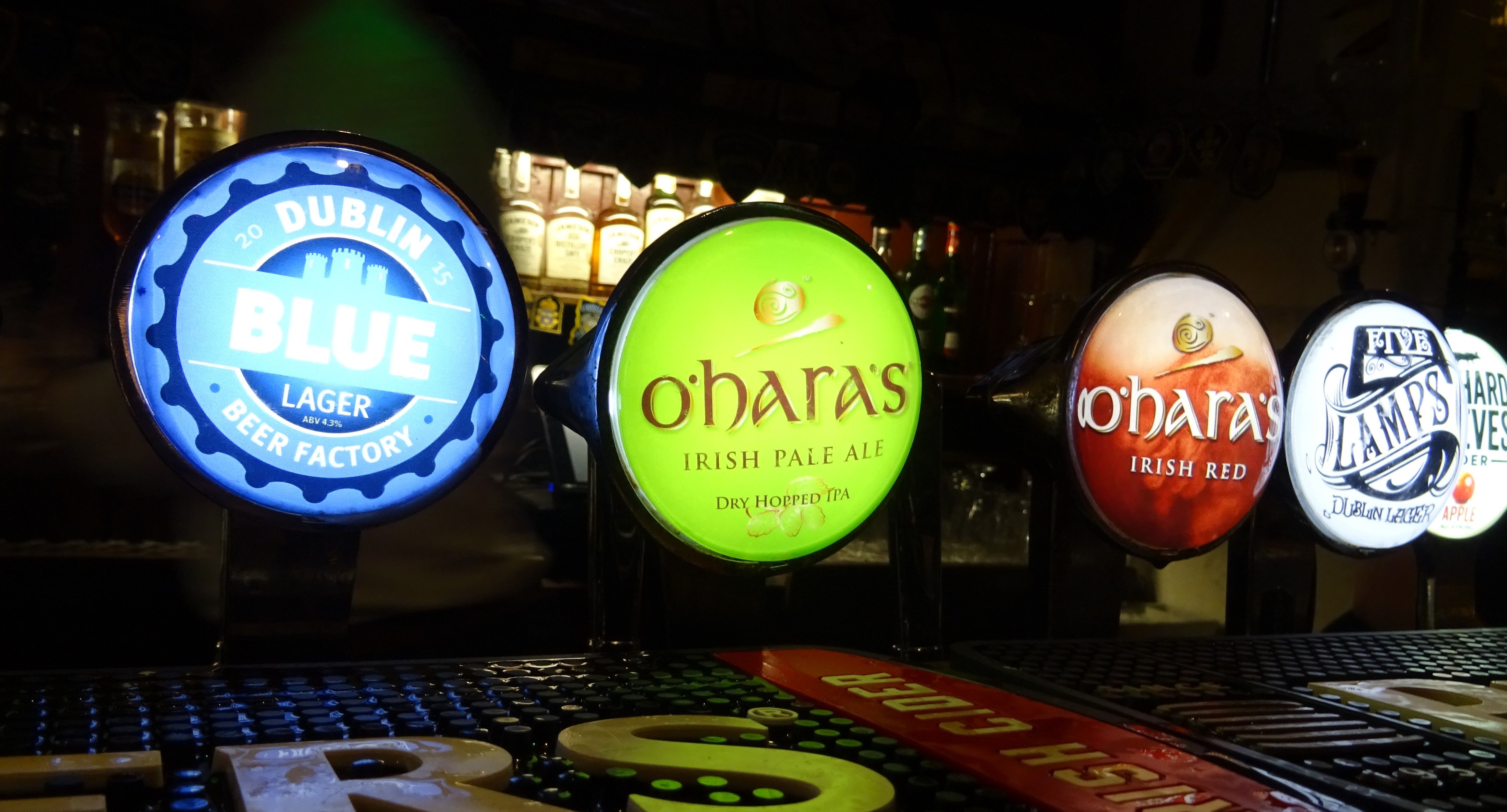 I think this is my fafourite of all the beers I got to tast this week end.. and it happen's to be the first one.

This IPA brewed by Carlow Brewery, Is quite bitter with a burst of citrus taste after a second or two.. And of course thehop'sare domminent as in every IPA wothy of the name!!
You don't even need to aproach your nose to sent the flowers.. And the colour is Light orange.
Alcohol: 5.2%

Very carbonated , this beer is perfect in a warm irish pub! The one we were in was The celt that you can find here

Same Brewery, but the stout version.. It differs from the Guinness in a rougher the taste mostly cacao and a little stronger than most stout

Apparently I forgot to take a picture... 🍺🍺 But i brang one back home

A beer signed by The White Hag So i tried both beers you can see on the picture but i couln't restist starting with the IPA, and francly, I don't remember the lager at all... and evidently I didn't write anything.. I thought "you will remeber, these beers a quite good" but of course i didnt

From what I remember of the IPA, I was seduced by the bitterness and somethind about grape and or grapefruit...

Yes It was late when we went to this bar ;-) 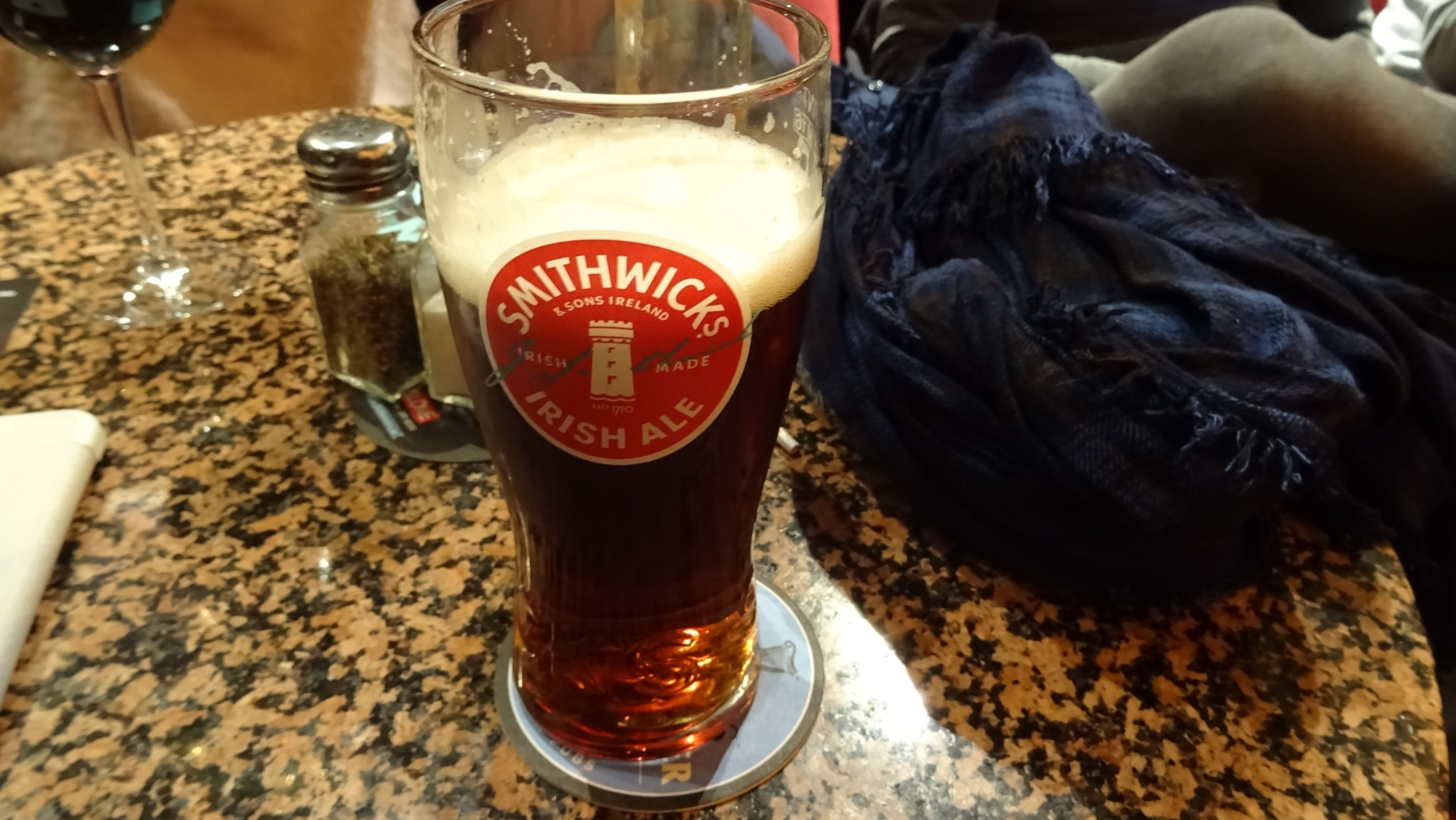 A nice blond with strong personalisty as we like them!
Only 4.1% but a very stong taste.
Orange-red colour.
So from whet I undrstood of the barman's Irish accent was that this beer was brewed in an ruined abbaye... I then googled it and undertood that the brewery was built on ruines of a XIII century abbaye, in 1710... not quite the same thing.

That is it for the beer I tried, remembered and wanted to share with you from our weekend in Dublin. I'm shure there are menny more to discover and I look forward to going back.

There is just a last one I would like to share, The BERLIN that you can only enjoy in the bar called Berlin. It is a bar with two ambiances separeted with a cuton. The evening we went, it was live folk music and Drum'n'Bass/jungle music.

Thanks for reading, I am really not a Beer expert, I just like it a lot and I love to travel. Critisism is apreciated.

oh and if you are travelers, you should support and use @steemitworldmap and #traveldigest Other trips (our favorite)

The @OriginalWorks bot has determined this post by @lpv to be original material and upvoted(1.5%) it!