DSC Sport Module Worth it for your Focus RS?

I finally had the chance to take and test the DSC Sport Module for my 2016 Focus RS at my local autocross. 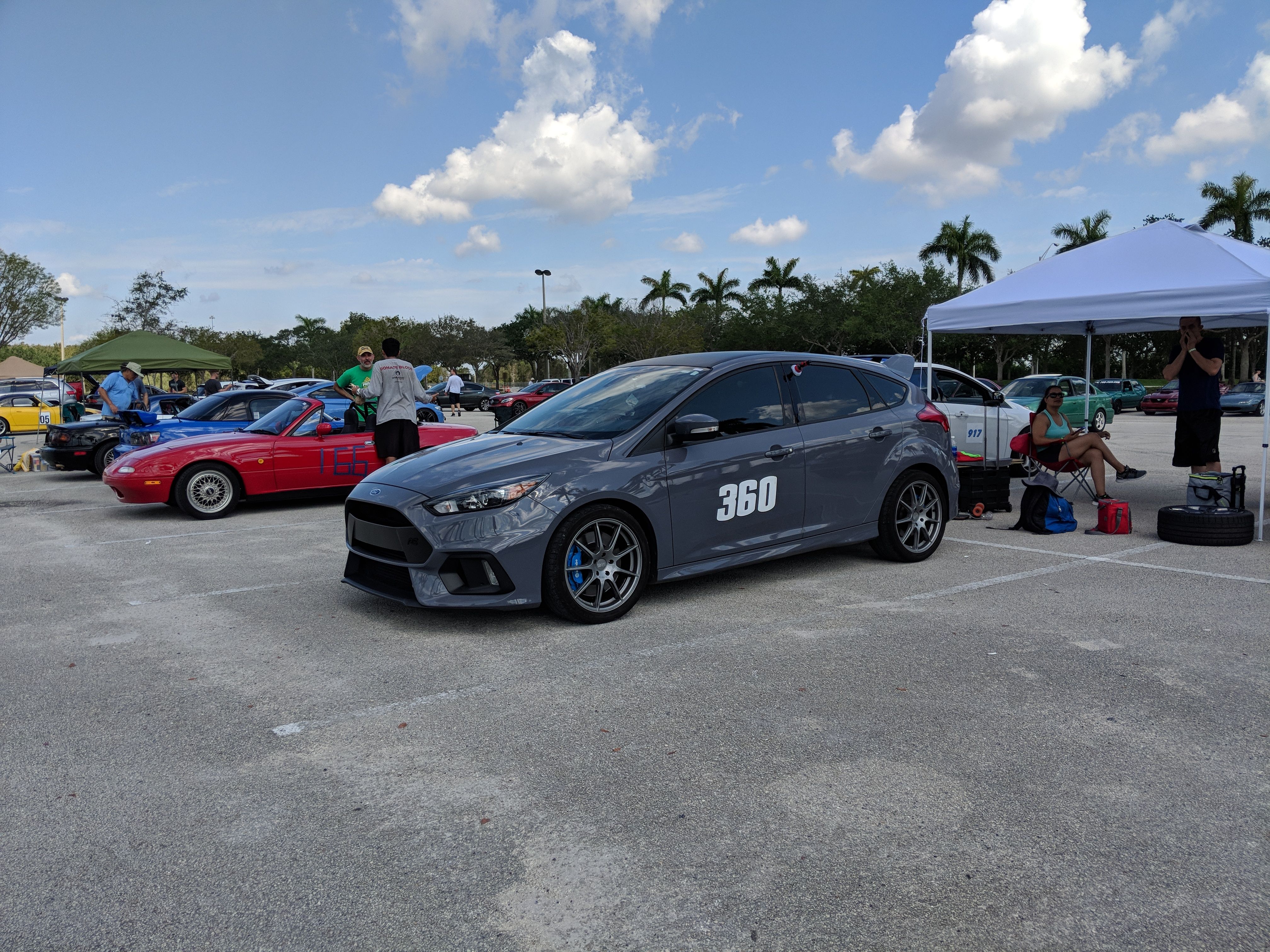 Although I don't tout myself as the fastest or the most experienced autocross driver out there, I can hold my own and consistently take the upper 25% in PAX standings. (more about PAX)
I wanted to see what kind of benefits the DSC Sport Module have for the stock dampers for the Focus RS to make it more active damping based on the car's ECU inputs for G-force, braking, etc.

I used a similar technique that I heard on a car podcast with some auto journalists sharing how they test performance parts and changes on cars. I did a on/off replacement of the stock control module and swapped with the DSC Module every other run, starting with the stock module. The autocross group I run with, ERSCC, allowed us to drive six runs for that day's session.

The placement of the control module in the Focus RS isn't in a bad spot to remove and replace. It takes a matter of seconds for me to swap parts due to the fact I already have my interior bits unscrewed and just need to pry apart and snap it back together in the hatch area.

The course was a pretty fast one, integrated with two 180 turns, and two slaloms(one short 3 cone, and a longer 6 cone pass). The average time was between 40-41 seconds between all the drivers that day. The parking lot we ran on is known to all the local autcross clubs to have dips, expansion cracks, inclines, declines, sandy debris, and pebbles all over. It makes these courses interesting to see how one deals with weight transfer through all the corner transitions, which I think is great for testing out the DSC control module on my Focus RS. Anyways, on to the good stuff, the data.

As you can see, I wasn't very consistent with the elapsed time for each run, but consistent with improving my times as I learned to manage the course after every sequential run. So in this case, I'll break down the improvement times for each run with their respective part installed: Stock vs DSC comparing the first with the second, and the second with the third run respectively (run 1/run, run 3/run 5 and run 2/run 4, run 4/run 6)

The data isn't very conclusive, but again, shows some sort of consistency. Comparing the delta of the first two runs with the stock module vs the DSC module show a half second of difference between the two. Continuing the trend, comparing the second set of times show an improvement of at least 1.5 seconds but a little bit more for the DSC. That last delta for the DSC module, I believe shows more my driving adjustments to the course and also going "balls out" for the last run rather than any changes to the module.

I honestly didn't notice too much of a difference in my inputs of the suspension, as I was concentrating more on getting a more smooth run to make up time in the slaloms and try to beat some of the fastest and more experienced drivers in the club.

So, in conclusion, I have no conclusive evidence, except I need to learn how to drive in autocross courses better. haha.
But really, I think for the limitations of the stock dampers for variance in change is what is really holding back this module to becoming a huge improvement for performance applications, but for daily driving use, I believe in my experience has shown much improvement.