Original Art and Story: "The King of Our Tribe"

I am quite noted for being a finance enthusiast here on Steemit since almost of all of my previously-posted articles are finance-related. Little did they know, there’s a hidden artist in me. In fact, I have posted some Artwork tutorials during my first month, but it slightly vanished over time due to hectic workload. In all honesty, it takes a significant amount of time to finish an artwork, that is why I am giving my snappiest salute to all Artists out there!

Since I was “on-leave” on my work last weekend, I tapped my long lost friends in my cabinet -- my Art Materials.

I don’t want to bore you with the steps of creating this artwork since I’ve already made those during my previous soft pastel arts as follows:

This time, I have created a short story about a tiger. This came into my mind while making this soft pastel art. You ready?

“The King of Our Tribe” 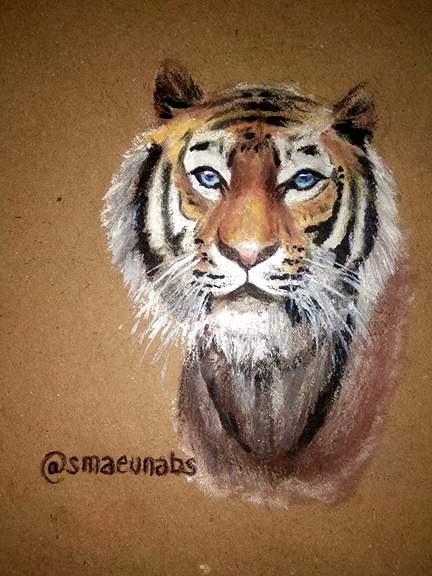 On a sunny day at a grassland, a sheep heard tiny cries from the nearby woods. Curious as he is, he searched for the source of the sound and found a little newborn. He can’t distinguish what kind of animal it was but he considered it as his own. He nurtured it and thought of it as his lamb. The sheep tried to feed the newborn with some grass, only to be rejected. He was out of milk already so he decided to bring his lamb to the woods in order to find some food. He couldn’t find anything that could satisfy his little lamb. Unknowingly, they became farther and farther from the woods’ entry point. The sheep saw a nut and immediately ran to it, but the swift squirrel took it first. “Hey! That’s mine, give it back to me!”, said the sheep. 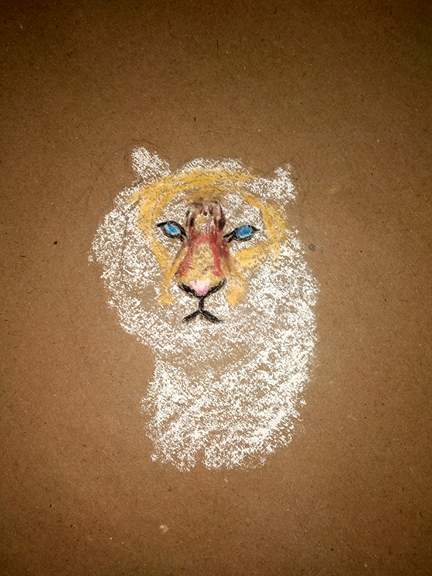 “Finders keepers!”, the squirrel answered in a tiny voice. “Hey… what are you carrying on your back? Isn’t that my… kit?” the squirrel added.

Sheep: “Your kit? can’t you see? He’s too big to become a kit from a tiny animal like you!”

Squirrel: “No, you are the one who’s got a problem here! Can’t you see your white fleece and his black and brown stripes? Your colors are completely contradicting!”

Squirrel: “There it is! So you just picked him somewhere! He’s my kiiiit! Give my kit to me!” While the two animals were busy on their little fight, they didn’t notice the approaching predator who was just waiting for the right timing to snatch the newborn. In one swift, the little lamb-kit was grabbed by the fox. The sheep and squirrel were left dumbfounded, yet they immediately ran after the fox when they realized they could lose their lamb-kit to the large fangs of such hunter. 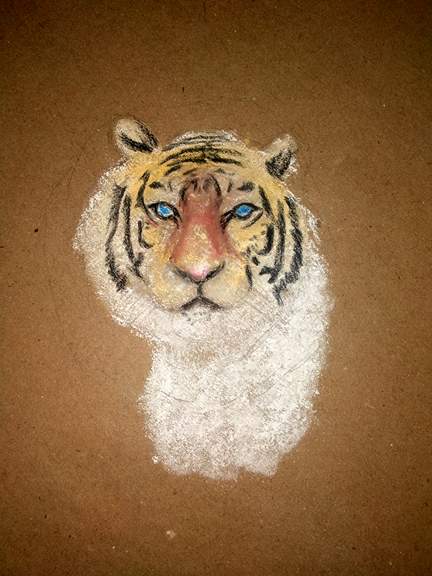 They ran far enough but they could not get close to the fox. Not a bit. Suddenly, the fox stopped and had slowly stepped backwards. It is the best time to get their lamb-kit back, but they were stunned with a roaring voice saying, “What are you doing with the cub?” The two animals answered in chorus. “Don’t you know who I am?”, said the animal with the roaring voice. “I am a lion! I am the king of this jungle! And that – that is my cub!” 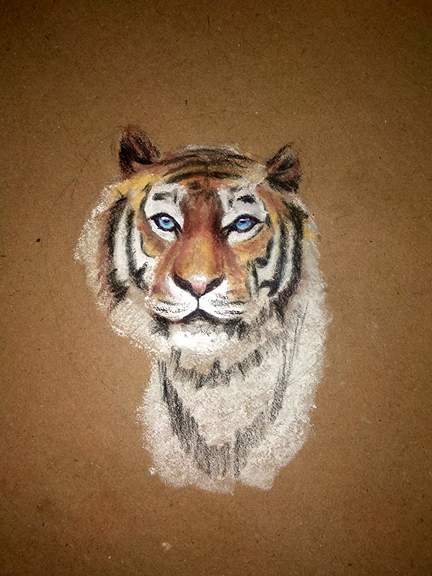 The three animals greatly opposed what the lion has said. Being the righteous ruler of the wilderness, the lion decided to talk with the three in his realm. To avoid heated discussions, all of them were given the chance to expound their claims over the lamb-kit-pup-cub.

Sheep: “He’s my lamb because I am the first one who found him.”

Squirrel: “He’s my kit because we have the same fur – brown.”

Fox: “He’s my pup. Can’t you see how he resembles just like me?”

Lion: “Enough of this pointless discussion. He’s not my cub and neither is he your lamb, kit, nor pup. Let’s just take turns in raising this newborn, and to be fair, let’s call him ‘Lambkitpupcub’. That’s the shortest name I can think of."

Fox: “What the fox! Is that the shortest name you can think of? How about ‘Lakipub’?

Lion: “Let’s name him ‘Lambkitpupcub’ then.” Indeed, Lakipub grew with four parents having different looks, personalities, and principles. He actually questioned himself why he is so different from the rest, yet Lakipub’s parents just explained how special he is, and that’s what makes him different. 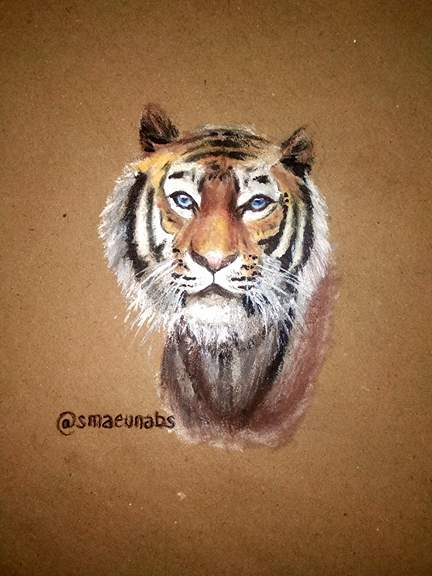 One day, the king of the jungle decided to gather the animals within his territory and had a big announcement that shocked everyone. The king lion proclaimed that he is about to step down from his rule and is transferring his throne to his rightful heir – ‘Lakipub’. Everyone was dazed by such declaration. How can a lion select an unknown species of animal to rule the jungle? Isn’t he supposed to select a lion like him? Though ‘Lakipub’ was known to be one of the toughest, courageous, and powerful animal on such ground, the animals could not take to see him as the new king. The whole circle wants a lion for a king. In the middle of the heated discussion, an enormous voice stood out. “He is not this empire’s king, and never will be!” All eyes were locked on the one who was standing on a wooden platform. The crowd’s eyes were alternatively looking at the stranger and ‘Lakipub’. With those black and brown stripes, sharp eyes, and large fangs, ‘Lakipub’ is undeniably his descendant.

It turns out, Lakipub’s father purposely left him in the woods to be found by the animals he believe could contribute to Lakipub’s growth as a powerful yet lowly-profiled tiger. The tiger’s tribe was devastated and hunted by the people, and Lakipub’s father was left with no choice but to leave him in the hands of great animals while restoring the tribe he lost. He constantly watched for Lakipub and he was more than happy to see how his cub has acquired sheep’s humility and morality, squirrel’s cleverness and swiftness, fox’s cunningness and stamina, and lion’s strength and courage. All of those traits have prepared Lakipub in regaining the Tiger’s tribe. All of us are just like Lakipub. We all have different mentors that could impart different characters to hone us into better individuals and to prepare us for bigger fights in life, in order to build our own empire.

Hope you like my not-so-little Art story. All of the words are coming from my own imagination. I hope reading this post did not waste your precious time.

PS: I know it’s awkward to include the sheep in the jungle. :D 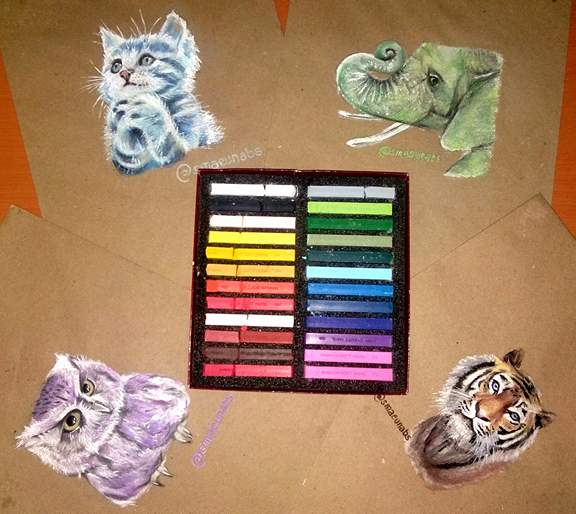 Lakipub has been added to my Soft Pastel Art Collection. Bow.

Art and Words by @smaeunabs

Thank youuu so much, @sndbox!

Waaaa truly inspiring. I love arts so much but it seems like art doesn't like me. But by seeing your post I was inspired by pursuing it. Thank you for the inspiring art and story. Keep Steeming!

Hey you can do it too! practice and practice and you will get there. Thank youuu so much for dropping by @mushipanda :D

Thank youuuu so much @co-co! I'm glad you liked it :D

It is a good fable. What an idea that exudes moral lesson. Bravo!

Thank yoouu so much @luigienius!!! I hope I picked the right animals tho hahahaha Thanks again for dropping by! :D

I think it won't matter which animals you choose. Your personification of them is just excellent. It is just plain superb.

Hats off. You are very talented @smaeunabs. This is a work of a seasoned artist to be honest. Wow!

Thank yoouuuuu so much @japh! I hope the story is just understandable. hahahaha Thank you again :D

Never failed to amaze me @smaeunabs! Since highschool, you were really gifted with artsy hand and a creative mind! hats off 😍

beautiful tiger, I loved it, because I love the tigers, they are my animals preferred. Excellent painting, I painting and drawing too, if you like to see my paintings, you can stop by my blog @arteadictorals for see them!

Thank you so much @arteadictorals! You are an excellent artist too! Your anime drawings, portraits, and paintings are superb! I will be looking forward to more of it :D

Thank youuuu so much @itinerantph! Lodi noticed me! hahahahahaha :D

Wow I never thought you can start white white paster then add layers of colors. Sorry newbie art here. You are also good on making art works. You are so talented.

Thank you soo much @fukumineko! I've been doing this technique since it is better to start from light to dark. This will give a great contrast of colors especially if you are dealing with a dark background. :D

I see, you are one great artist @fukumineko! Your paintings are simply amazing! Keep it up! :D

Glory be to this artist for his skill!

Thankk youuu so much @jezmacher!!!!

You have a good artist touch!

Allow me to share an artwork I made of a tiger with you... Thank youuu so much @artzanolino!!! This is really a great art from a superb artist like you! I have seen your works. You are really great in both traditional and digital Arts! Hope to see more of it soon!

Thank youu so much @asapadmiral! No, i am not selling it :) but I will definitely give this to anyone who is willing to accept my humble Art piece hahahaha

Thanks for dropping by!

Wow really? I'll be more than happy to give this to you! How can I reach you? :D