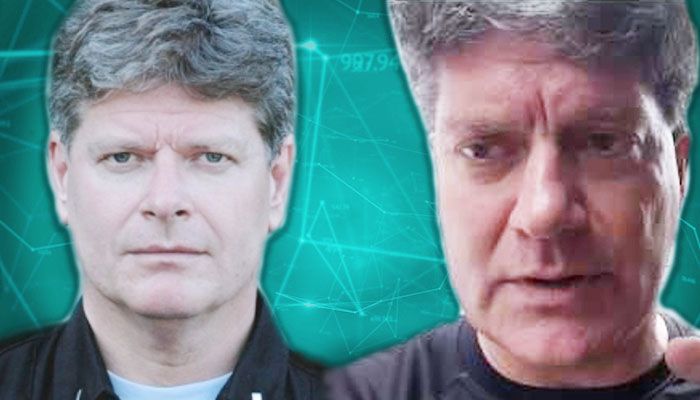 For the past year, "accidental" journalist George Webb Sweigert has been the lead investigator in what might be the largest crowdsourced and open investigation into potential crimes committed against innocent Americans by a menagerie of entities and individuals named by George throughout his video blogs. A month ago, George and Hollywood cinematographer, Jason Goodman, joined forces to continue the investigation into the murder of former Democratic National Convention employee and suspected DNC email leaker, Seth Rich. While George has captured the admiration and respect of many during his documented investigation, his motivations and connections have been points of speculation within the online community after George mentioned his connections to Mossad, one of Israel's main intelligence communities, as well as controversial figure, Henry Kissinger, who served as Secretary of State and National Security Advisor during Richard Nixon and Gerald Ford's presidencies. Questions continued buzzing across the internet after George recorded himself saying:

"We want to get back to this quiet bridge network of subtle compromise, subtle ratlines, and subtle organ donation…I think >Washington is screaming out for that, and that's why I'm here, trying to get back to the good ol' days."

Despite the questionable statements and sketchy connections, the online community generally shrugged off any doubt about George in exchange for his pursuit of justice—until computer-savvy fellow researcher Manuel Chavez III, who goes by Defango online, came into the picture. Defango's involvement in George's crowdsourced investigation sent minds reeling and questions flying after he joined George, Jason, and Trish's investigative team, offering technological and online security expertise. Another fellow researcher and Bernie supporter, Trish, obtained a thumb drive pertaining to the investigation of Seth Rich, voter fraud, and the DNC, reportedly containing proprietary information, and Defango assisted with the extraction and analysis of the files. The split between Defango and the rest of George's team occurred when Defango felt that George was being deceptive in portraying these files as new content, since the files were identical to those released by Guccifer 2.0 last year. Defango also noted that some of the files had been edited, but he admitted that he did not know if George was being intentionally deceptive or if the mismanagement of sensitive files was a result of the team's incompetence. The response from George was to point the finger at Defango for being dishonest.

In summary, George began a video blog, got a Hollywood cameraman involved, obtained a computer person, a collection of coincidences occurred, and the result has been speculation from the online community, paired with the pressure to choose a side: George or Defango.

While the entire investigation has been quite the production, the show might just be getting started.

Earlier this week, alternative news YouTuber, LiftTheVeil, presented evidence that linked survivalist YouTuber, Dave Acton of Dave Acton Checking In, with George Webb, noting similarities in both physicality and voice, and hypothesizing that Dave and George were the same person. LiftTheVeil's presentation was initially met with skepticism, since Dave uploaded daily videos much like George—but while George was uploading from Washington D.C., Dave reported from Mt Shasta, California. Dave was outspokenly against George's investigation on his YouTube channel, attacking George's character and credibility. Dave even ventured over to Defango's livestream to relay his warning.

So how could George and Dave possibly be linked with such opposing messages?

LiftTheVeil asked his audience to consider the strange series of coincidences: Dave's YouTube URL which included the phrase ActonTheActor that was broadcast on an episode of InfoWars, Dave's acting reel which described himself as a "Hollywood-based actor specializing in police, fire and government roles", a number of technical anomalies with Dave's videos, and the striking similarities between George and Dave.

Determined to debunk LiftTheVeil's theory, Defango hosted a livestream last night, during which he presented evidence showing that Dave Acton and George Webb were not the same person. They were brothers.

In addition to his profession as an actor, Dave's résumé boasts a high-level position within the United States government.

A few hours later, in an odd twist, Dave uploaded an emotional video confirming that George was his brother, at one point sobbing and warning viewers of George's reckless and dangerous nature, and ultimately expressing his frustration at the "trolls" who were actively dissecting the Sweigert family by revealing private information. Though, at no time, did Dave turn the camera around to reveal his face; instead, Dave kept the lens pointed at the tree line silhouetted by setting sun.

In a response to Dave's video, George uploaded a video reiterating what the audience was already told: he and Dave were brothers, often mistaken as twins throughout their childhood, their age difference being only twenty months. While they were once close, a series of feuds had soured their relationship. Curiously, the tangible tension and physical distance didn't stop the two from falling into the Sweigert pattern: removing their videos only hours after uploading.

Defango responded by voicing his support for Dave Acton/David Sweigert. The videos from the last three months have disappeared from Dave's channel, while George continued to livestream from the United States Capitol building as recently as this morning.

If George is purposefully deceiving his audience, what is the goal of the deception?

Why has Dave Acton been warning us about George's character and the consequences of his crowdsourced investigation?

And finally, if both George and Dave are brothers, and thousands have already observed his acting reels, why won't Dave turn the camera around and show the audience his face?

Well this is a twist i wasn't expecting...

Before I go any further, I just want to let you know I've been watching your Youtube channel for months and i respect your calm, level headed and thoughtful analysis.

Also glad that you've come to steemit and looking forward to your contributions.

The George Webb investigation is getting stranger by the day... I don't know what to make of the video I just watched with his brother Dave Acton and GW's response. Is his brother saying he is mentally sick? I've watched every one of GW's videos and I've never got that impression.

I think a more important issue is what is George's motive. Is it to get FBI dir. McCabe to back off as he has stated a few times, is it to reestablish the old guard IC, is he being supported or controlled by Mossad?

When you were interviews on Lift the Veil recently, the interviewer asked you if you thought GW was a psy-op to distract our attention away from pizzagate/pedogate? I wonder if you could elaborate on that idea.

It's certainly something that has crossed my mind in the passed.

This whole opera show going on with Nathan Stolpman and these con men (George Webb/Dave Acton, Jason Goodman, Defango) is the most entertaining news happening on the Internet right now, IMHO.

Until recently, I thought Defango was authentic but it's looking like I was wrong on that. I'm hoping he leaves the fear behind and joins the side of truth.

I don't know what to make of this anymore. You're right, this is like watching a trainwreck happen in slow motion. I will say this though, the online investigative efforts have suffered a major blow.

All these youtuber's making friends one week and the next making videos and accusations about who is a shill/disinfo/controlled opposition/psy-op...the community looks like their chasing their own tails. Many of them look foolish, imo, and are doing nothing but adding more confusion.

All I can think of right now is the situation is EXACTLY the type of scenario TPTSB want to be happening. A Spectacular amount of infighting.

Awesome, thank you so much Nat.

When George Webb insisted he did not want to see prosecutions for high crimes and misdemeanors; that he just wanted DNC corruption and gangsterism to go away, (not to mention his political leanings), made me realize this whole "investigation" is really about SAVING the Democrat Party - who are engaged in a bizarre attempt to pin their own high crimes onto Trump.

This is straight out of Saul Alinsky's Rules for Radicals -(dedicated to Lucifer BTW); blame the opposition for the evils you yourself commit....

I'm no political party animal, but i'm fairly certain the silent majority is looking at Corporate Media hysterics, are ready to dump all pretense of ideology, dump BOTH parties, and go for a RESET...Crypto-Currencies are an expression of that....

Decentralization of power is the American way.

Weird and hitting really close to home as I am connected to Defango through a mutual project we are working on. The world keeps getting stranger and stranger. So much weirdness going on. Apparently Mossad has some issues with Hillz and they seem to love Trump.... or it's all a stage show which is most likely. If I had connections to Kissinger I'd probably kill myself.

I appreciate a written record of these occurrences. It makes it easier to understand what has transpired. I have been observing this all and am back to 'trust no one'. My gut knows though.

Thanks! I was trying to get all of this jotted down so we could have a definitive timeline. It's so confusing!

Resharing @phibetaiota and following your work.
Welcome to this Open Source Intelligence Network.
~The Management Congratulations @reallygraceful! You have completed some achievement on Steemit and have been rewarded with new badge(s) :