How to be a Writer (in Five Easy Steps) 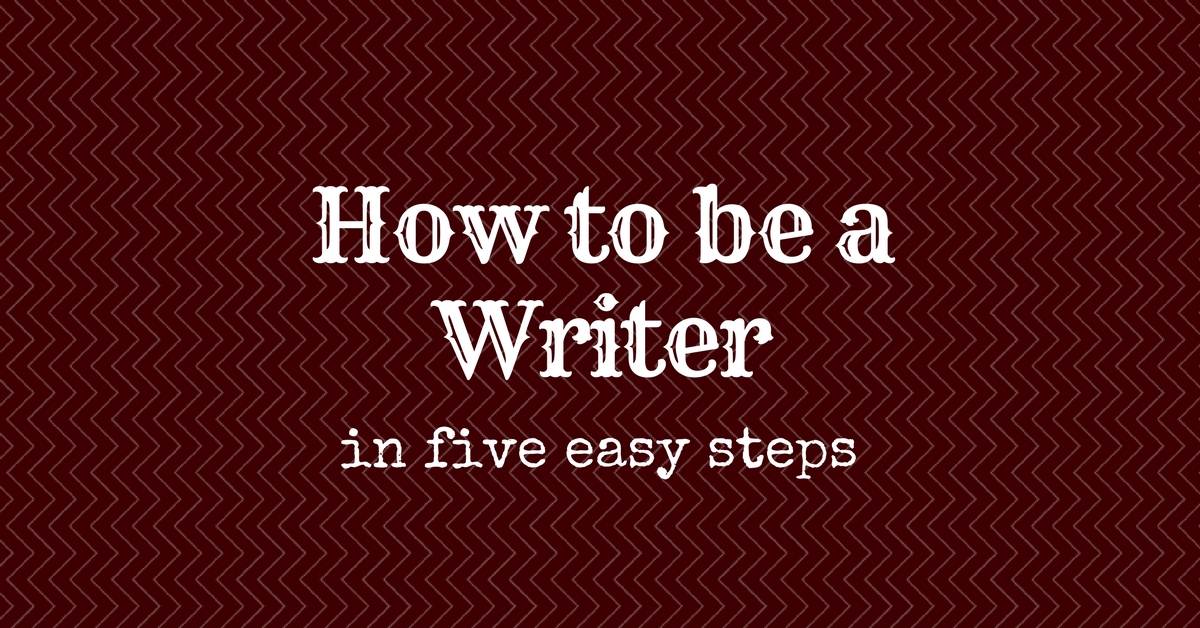 Writing is easy. Just follow these steps, clap your hands, do a little dance, spend the next 1000-5000 hours working on the next great American novel.

It is difficult to overstate the importance of inebriation for budding writers. Ernest Hemingway, alcoholic extraordinaire, famously quipped that one should “write drunk, edit sober,” or at least the internet seems to believe he did, despite the large body of evidence that he wrote almost exclusively in the early morning with no mood-altering chemicals present. Despite factual inconvenience, alcohol and creative writing have become intertwined in the modern folklore of our business. Hemingway himself, along with a slew of other Lost Generation writers such as his friend F. Scott Fitzgerald, paved the way for alcoholics to stumble daftly into the world of literary success, with only happy endings for this particular lot of jolly fellows. Literature before the twentieth century (exempting certain examples) was seemingly drier, tee-totaled, instead fuelled by opium and pipe smoke (more on that later).

There is little a modern writer can do but bend to the seductive whispers of whiskey on the shelf, or wine laying seductively on its side in a rack. A drink or two will get the muse talking, lowering her inhibitions until she will, maybe, go home with you, so to speak. The empty glass itself is a metaphor, probably: do you choose to quit when you run out of words, or do you return to the liquor cabinet and keep going?

And like writing, drinking is an activity that becomes more enjoyable but less visceral the longer you continue to do it. That first drink is rough: the whiskey hits you in the gums and pulls your tongue back into your throat when you swallow, like a man sliding off a steep precipice, his fingernails tearing along the ground (in this example, your palate) until he struggles, fails, to hold on. The second drink is more refined: you’ve done this already, you know what to expect, and the violence is never so brutal as it was that first time. The third drink is already familiar, almost comforting, and the fourth and further are basically just status quo by that point.

Perhaps you choose to avoid hard liquor, sticking to beer and wine instead. That’s fine, if you are a child.

There are two distinct philosophies on smoking, namely, Legitimate Pretentiousness and Pretension to Unpretentiousness. Both are equally pretentious.

Legitimate Pretentiousness takes the form of pipes and cigars. Mostly pipes, but I guess cigars have their place. Dickens smoked a meerschaum pipe, probably packed with English blends with latakia and oriental-forward profiles, or perhaps a strong burley flake if he were in more of a Virginia mood, tamping down the cookie with a tamper which was itself likely a result of the blossoming Victorian ivory trade. If you are convinced I just made some of those words up, or are rolling your eyes, you may fit more easily into category two.

Pretension to Unpretentiousness is the result of trying desperately to not seem like smoking is an affectation to literary tradition, to act as if dangling a cigarette off your bottom lip at just such an angle is intuitive. Those engaging in Pretention to Unpretentiousness (PtU) can often be found smoking Parliament menthols or, if they write particularly gritty fiction set in the Old West or a cyber-diesel-steam-whateverpunk universe, Marlboro Reds or Winstons. Although these writers may want to point out to you why they have chosen this particular brand of cigarettes, it would violate the very nature of PtU as a philosophy (namely, never draw attention to this habit except by actively engaging in it) and so they suffer in silence.

There is a compromise to be found between these two smoking philosophies in the form of hand-rolled cigarettes, which have just enough finesse and choice of product to become pretentious while retaining the form factor of the classic, throwaway prop that is the cigarette. A good choice if you struggle with commitment.

I see you, sitting there at your computer, looking at this article through a glass screen like some kind of ridiculous millennial wizard. Stop it. Stop it now. Take this article to your local calligrapher and ask that he or she transcribe it onto only the finest vellum parchment. Illuminations are welcome, but please keep the margins at an inch all around to accommodate your no doubt insightful marginalia. I’ll wait. Go ahead.

Now that the ink has, I hope, dried and remained unsmeared, we may continue. Your equipment defines your trade as a writer, much as how builders cannot function without that heirloom hammer or surgeons perform life-saving surgery without their pre-war scalpel, you know, the one with the oak inset. As writers, we are again blessed with choices.

As you perhaps have seen in my other writings, I’m a notebook man. Only the smoothest paper for my Noodler’s Ahab, TWSBI Eco, or (if in a more spartan mood) Lamy Safari. Ballpoint pens are the devil’s plaything, their sticky, rapidly-drying balls more suited to signing a receipt for a fast-food burger you put on a credit card than to penning the next great novel. You want something sexy, with a bit of flex. Use inks that speak to the intent of your writing, and none with a color that can be described in fewer than six words. You may be inspired to use a quill pen, but I recommend against it, as the species of birds for which quills are best taken have been rendered mostly extinct by the labors of those such as us.

Of course, another option is to use a typewriter. I find this option less practical, as typewriters are heavy and, as such, limit access to Proper Writing Locations (or PWLs, more on this later) unless you have an uncharacteristically high tolerance for cumbersome things. If you do choose this route, I warn you that typewriters will spoil you against using other keyboards, exempting perhaps some delicious mechanical varieties, as the percussive feedback on each letter is essentially a Schedule II narcotic.

Popular backlash against writing in coffee shops has risen in recent years, but I am a traditionalist: the coffee shop remains the most effective location for composing your next novel, provided you enjoy coffee and want others to see you writing. Which, come on, you do.

There are other public options. For example, Bukowski was fond of writing in bars (huge shock there). Anywhere the melange of shuffling, chatter, smells, and prying eyes moves you to write, you should. And frankly, the quantity of work completed in these utterly distracting environments is far less important than the mystique you will generate, hunched over your typewriter or with pen in hand. Which is good, because the quantity will be quite low.

Private PWLs are a more personal matter. Perhaps you, like Neil Gaiman, prefer to write in the solace of your Writing Gazebo™. Even the word “gazebo” has a certain exotic quality to it, probably because we’re not even sure where the hell the word comes from. Personally, I prefer a nice book-lined attic study, peppered with trinkets from distant voyages and a decanter of Japanese whiskey on a cart in the corner. Details are what matter most in a private PWL, and it is impossible for me to prescribe what is necessary beyond a cumulative trinket value (CTV) of at least fifteen thousand dollars.

5. Torture Yourself in Your Relationships with Others

This is the final step to literary significance, and perhaps the most delicate. Comfort breeds mediocrity, and so the rational writer is forced to make decisions that seem, even under heavy, sustained scrutiny, extremely irrational. If you have a significant other who loves you and treats you well, separate from them immediately. Learn from the story of Scott and Zelda Fitzgerald, for whom a toxic relationship was the key to a long, successful literary existence. If you cannot find someone to tear you down until you, on hands and knees, suddenly find your pen on the ground, at least do yourself the favor of being alone. Those picnics and milkshakes shared with pleasant company will never taste as good as putting words on a page feels. Probably.

Alienate yourself from your friends and family. If you have the means, quit your day job. If you don’t have the means, you’re already one step closer to starving, which is itself a prerequisite to creativity, so quit anyway. If you find yourself apprehensive to take these steps, take comfort in the following mantra: This momentary discomfort will make for a great Chapter Three in my upcoming autobiography.

Congratulations @wrychime! You have completed some achievement on Steemit and have been rewarded with new badge(s) :