TRAVELMAN BUCKFAST ABBEY, UK: Bangers and Mash for the Soul

I spent my time at Buckfast Abbey eating well and sleeping comfortably, and walking around the grounds and hiking through their woods. I attended a mass or two and sat in on the short prayer services before meals (I think they were benedictions?), and I did some deep thinking and light reading.

And I met an Irish Vicar wearing a Kansas City Chiefs sweatshirt on a bridge. 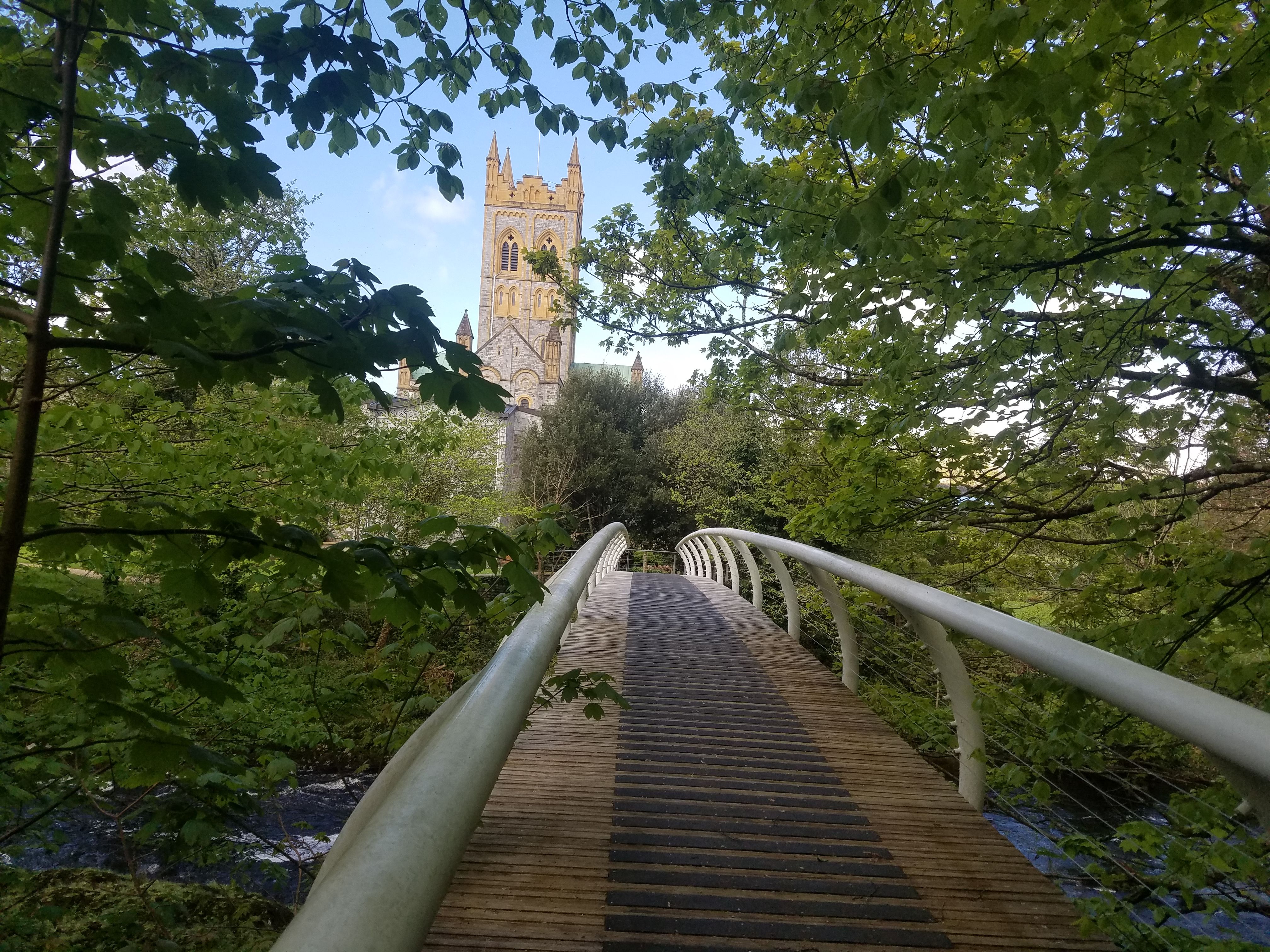 I was confused about how to get to the hiking trails because it looked like the only way to get to them was beyond a gate that said “Private, No Access.”

I asked Brother Daniel about it. He said, “That’s for visitors. You are a guest and are welcome to enter that area.” That made me feel special, like I could flash a backstage pass and say, “I’m with the monks.” (In place of “I’m with the band!”)

I walked along the river, alongside meadows where sheep grazed, I saw the beehives (they make their own honey), and found the perfect walking stick. On my way back from the walk, I met Kansas City Chiefs sweatshirt guy on the short bridge that crossed the river. KC had a tripod set up with his camera aimed at the Abbey. I found out that he wasn’t from Kansas City. This became immediately obvious as soon as he spoke. He had a thick Irish accent. His brother-in-Law was from Kansas. KC was a Vicar in Ireland and he was on a seven day- a seven day, uh... something or other. He didn’t call it vacation or sabbatical, he had another word that connoted a time of kicking back and being alone with god.

I also told him I’d stayed at a Yoga Ashram for a month in India and became a yoga teacher, but my day and a half at the Abbey, up to that point, had been more spiritually rewarding than the entire month in the Ashram. I didn’t know why, I couldn’t pinpoint it, but there was something about the place. Maybe it was the expectations I unconsciously applied to staying with monks, maybe it was that and/or the quiet.

I think, in reality, I was unconsciously defending my presence at the abbey. Like, I was really saying, “Oh, you’re a Vicar? ...Umm, I have spiritualousity too, lots of it. ...Loads. People always tell me that...Ahem, real deep, that’s me. ..And I’ll be googling what a Vicar is very soon.” 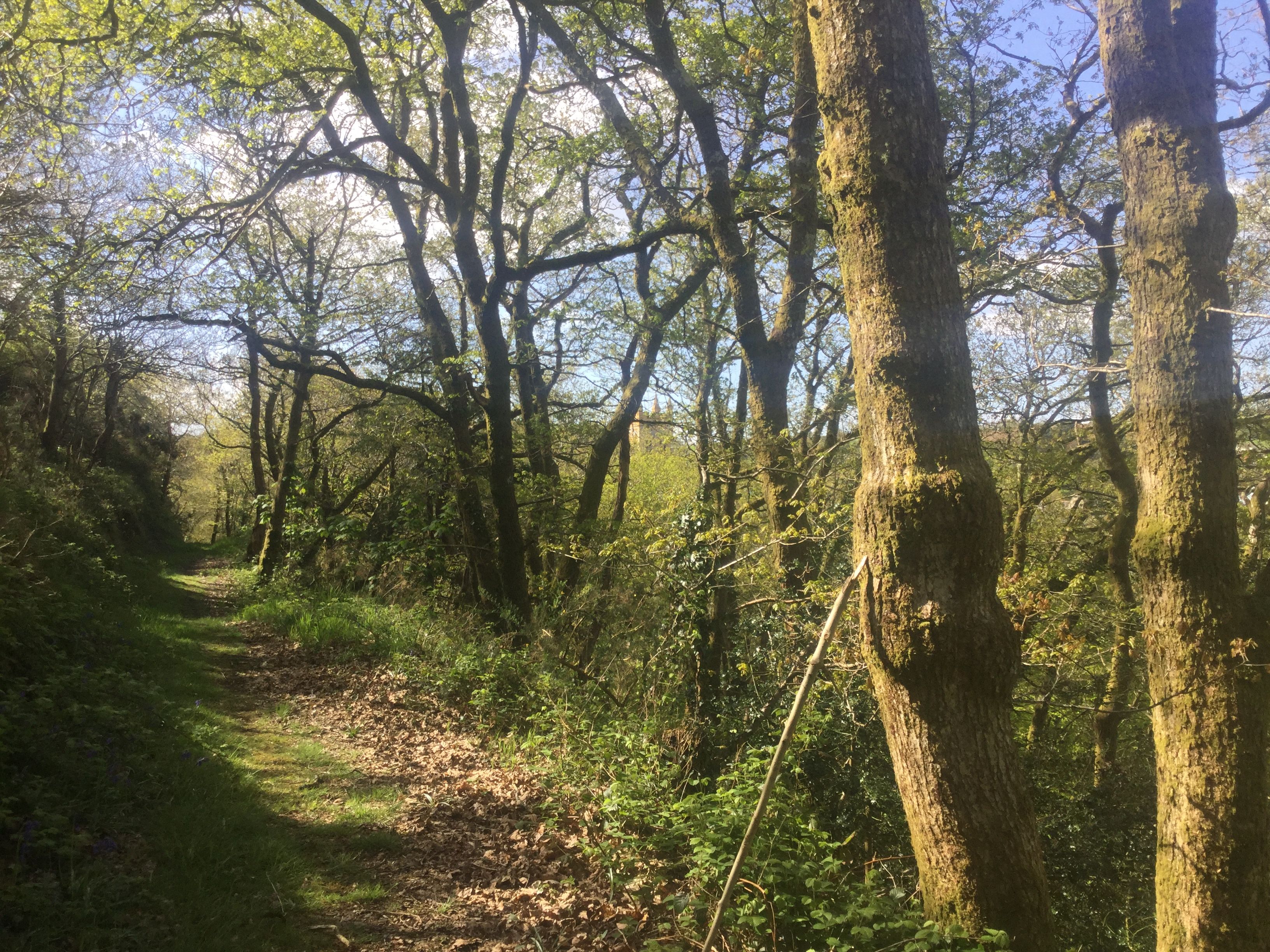 He agreed the abbey was nice, and said he liked it because he didn’t have to talk to anyone. He was free to think abut life and toy with his photography hobby.

I took the, “”I’m a Vicar and I like having this small window in time to focus on myself and not have to talk to anyone.” as my queue to bid him adieu and good luck with his photography.

Later that day, before dinner, I stood in the common room/tea room looking out the window. KC walked up and held out a couple books. He said he came across them in the gift shop and thought I may like them, being that I mentioned I’m on a bit of a spiritual quest.

I was pleasantly surprised, then I wasn’t. He couldn’t help but be a Vicar. He was on vacation and some random American dude came up to him on a bridge and started rambling about his around the world trip and that he felt he was searching for something spiritually. ...Hello! God to Vicar... God to Vicar, over? ...Is this thing on?

What self respecting Vicar is not going to take that as a sign that God has put him in position to be a messenger, or at least someone who can hold their arm up and point in a direction? Nevertheless, I was extremely grateful for his kind gesture.

The first book was called What is Christianity. I didn’t open that one first. I opened the other one “Satan and You: How to Win Friends While Living a Life of Debauchery Alongside Lucifer Lord of Darkness. (Forward by John Stamos)” ...I’m kidding. The second book was Soul Keeping, by John Ortberg, this one caught my interest. I read quite a bit of this book while I was at the Abbey. The next day, before lunch, I Thanked KC for getting me the book and stumbled through an explanation of why I liked it. He said he hadn’t read the one he gave me but was familiar with the author... Then there was awkward silence.

I remembered he came to not have to talk to people, we went into the rectory, ate lunch in silence, and I didn’t speak to him again. Later that day, I saw him from across the grounds. He was walking to the parking lot with his bags, leaving. I let him have his remaining silence.

Here’s what I liked about the book- I could read it as a person who doesn’t practice Christianity and isn’t completely on board with it. I realize this may actually be a drawback for Christian readers, but I liked the accessibility and relatability to my daily life. What I got out of the parts I read was that those times we behave badly, and we know it, and if we don’t consciously know it, we feel conflicted, feel bad, and immediately rationalize our actions to make ourselves feel better... that’s us committing sin, and that not only goes against God, it works against our soul, it’s damaging to our soul. 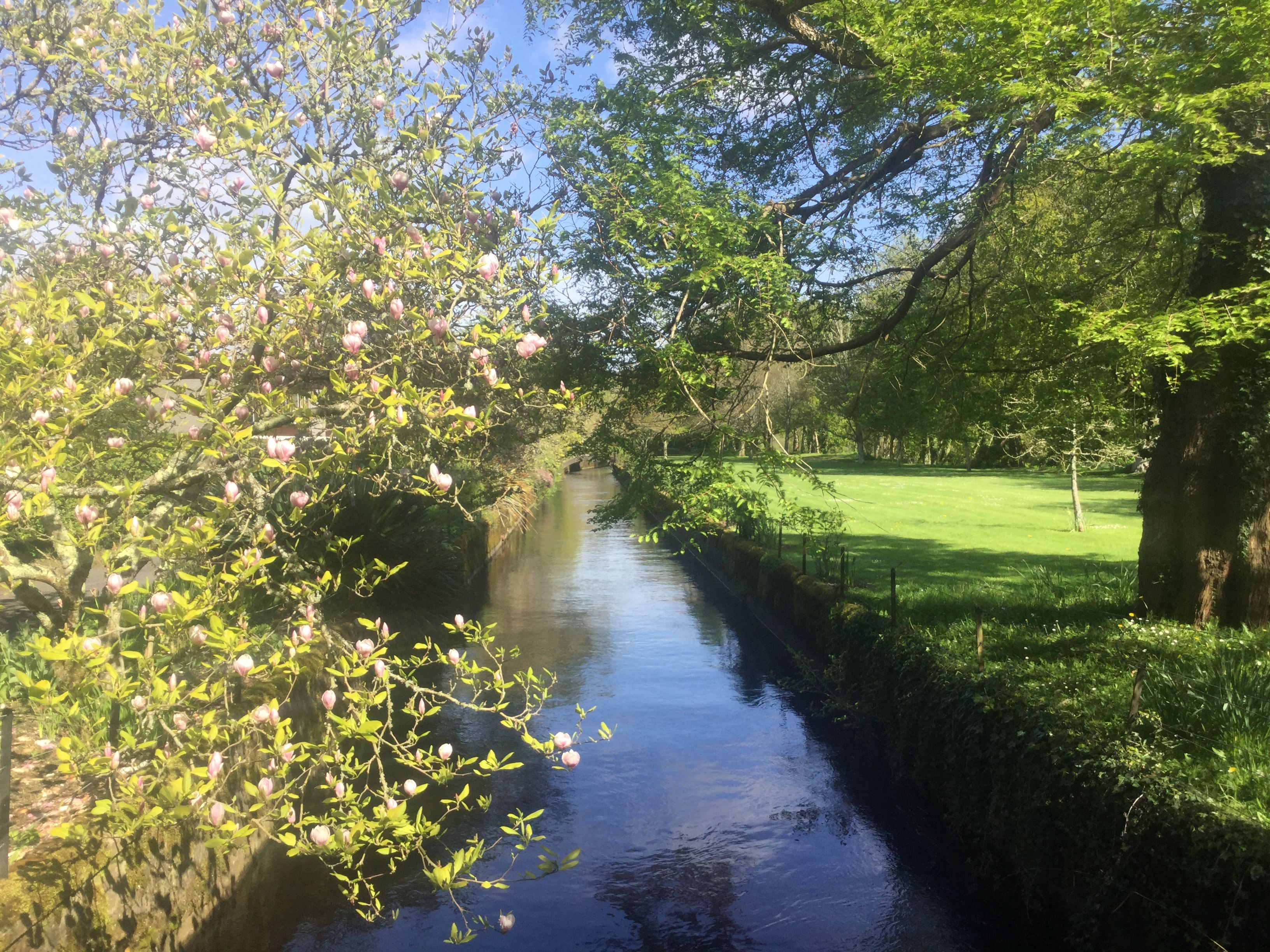 It’s like our soul is the real you/me, our true selves. When we are not authentic and true to ourselves we are sinning. I haven’t picked up the book since leaving the abbey more than two weeks ago, but I remember that the author had a lot of great examples from his own life.

I wasn’t on board with a scientific study he brought up to confirm that Christians make decisions with a different part of the brain. I felt he may have made some leaps with assigning that difference to Christianity rather than devout followers of numerous religions. (I plan on looking into it more to confirm or debunk my suspicions). But other than that, the book was what I was looking for at that time in my life and I plan to pick it up again. The entirety of what I believe is more than I care to get into, but I will say that I think life has meaning, we are here for a purpose, things are not pre-written in stone, at least not one that we can comprehend... I think there’s a plan, but I believe this plan is written in a stone of quantum entanglement and possibilities that our earthly minds will always be at a loss to comprehend. I think there are correct and incorrect choices to make in life, and what I liked about the book was that it says, listen to your soul and your soul is connected to God (for me, not necessarily a Christian God). I took from the book that we have a compass and we should not ignore it.

In the twenty minutes since posting this I’ve gained at least 16 followers. A new record by leaps and bounds. Funny though, sixteen new followers and zero upvotes or comments! I don’t get steemit sometimes. Thanks for following I suppose, and I pledge with all my spleen to give you the best dang posts I can, upvote or no, I will carry on!!! (Cue inspiring music).

Sorry to break this to you, but those new followers are just bots. There seems to be a plague of "auto following" when people post new content at the moment. Every post I make gains me at least half a dozen followers within a few minutes of posting, every one with 25 rep. I think maybe 20 of my 1300 followers are actually real sometimes !!

I’m well aware. Not for a second did I think they were genuine. But nothing attracts a crowd like a crowd, so I’ll take em bot or not. One percent of my “followers” actually follow me. It’s similar to a direct mail response.

well you gained a geniuine follower here.It's a pity KC isnt on here. He sounds like a good follow.

I wanna read the Satan and you book

Congratulations! this post got an upvote by @steemrepo and was manually picked by the curator @for91days to be added on STEEM REPOSITORY, simply comment "YES" and we upload it on STEEM REPO Website.
Want to know more about the Steem Repo project? Contact us on Discord