My first adventure, my first rescue, and best friend

nigeltheniffler (43)in #writing • 2 years ago

Today I want to take some time to tell you about my first big adventure on my own. I had been settled in at my job for a while, I was having fun shipping out packages. Watching them zoom around and magically adhere stamps to them. It may not sound awesome but let me tell you. Being the size I am, I can sit on top of any of the packages and just zoooooooom around the office!

Anyways, I had been doing SO well, they offered to let me go on a little holiday. Well a working holiday, I had to pick up some top secret supplies, but it happened to be in a certain forest I have been dreaming about going to for YEARS! It is a highly sensitive region. The magic there builds up and spills over into muggle towns if they aren’t careful and watch the levels. 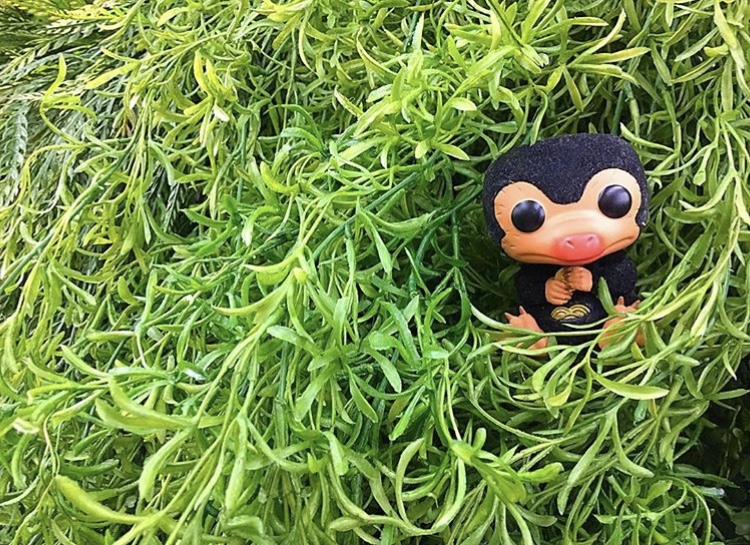 Now don’t ask, I can’t tell you all the exact location, it is top secret, the ministry of magic and MACUSA would have my little niffler head on a platter if I let it leaked out. But I will tell you I was lucky enough to go to a tropical destination....with lovely waterfalls...beaches...tropical plants....some very old an ancient magic that is normally protected by some pretty heavy hitters in the magical world.

After I had gotten my work duties out of the way I got a special pass to go visit an area that is highly protected. We are talking old school magic, centuries in the making. Stacking up on itself over and over again, every few years, toppling over and causing some unusual going ons in the area. The locals that have been their for generations know just to leave it alone. And besides the countless magical wards and spells designed to keep muggles away, it is a buzz with raw magic.

Now, for witches and wizards this can be very dangerous. Magical humans are inept compared to niffler kind and many other magical races, when it comes to densely populated magical areas. But for me, as a small and adorable niffler, it was a walk in the park. Well, a walk in a dark forest filled with all kinds of wild creatures both friendly and not.

But it was one of the best trips of my life! I came across what looked to be a downed moondew plant. And if you know anything about herbology, you know that plant is native to Ireland and Scotland. So what it was doing in the middle of this tropical island was beyond me! But it was not doing well. Whatever which or wizard had snuck this poor plant out here had clearly abandoned it a while ago. And although it was trying to thrive I could tell it was about to lose the fight.

I was simply planning on collecting some samples to keep the strain going back home when I heard a rustling and felt some sharp little claws and teeth go into my paw. Then it became quite clear as to why someone had moved this nonnative plant to such an alien climate for it.

Someone was attempting to capture the bowtruckles that were guarding it. And by the looks of the plant, they had made it off with most of them, they probably thought all of them. But there was one currently clinging to me, claws and teeth dug in tightly. I could feel it starting to shake, pure fear and terror, thinking the monster who had stolen his family had come back.

It didn’t take him long to realize that I wasn’t the same person. But he seemed to scared to even stop, if anything his jaw was locked tight. His eyes locked on mine and I could tell he didn’t know what to do. But I didn’t move. His bite hurt, but he was just a baby, maybe a year or two old. He was scared and seemed to be wanting nothing more than someone to help him. It took a while. Maybe half an hour before he finally let go. He scurried away quickly, never turning his back on me. Our eyes stayed locked on each other’s. And I stayed there, for three days, just sitting there with him. It took him that long to come back out to me. And another two days for him to look at me again.

It would be easier to move mountains without magic then to gain a bowtruckles trust. And to get one to leave it’s tree?? Even a dying one, they would rather die. But I had to give it my all. And I’m glad I did.

This is my best friend, and little brother. My first rescue creature at my sanctuary. Barry. He’s an amazing bowtruckle. He withstood the death of his sacred home, the Lose of his family, and has found a new home and family with me. 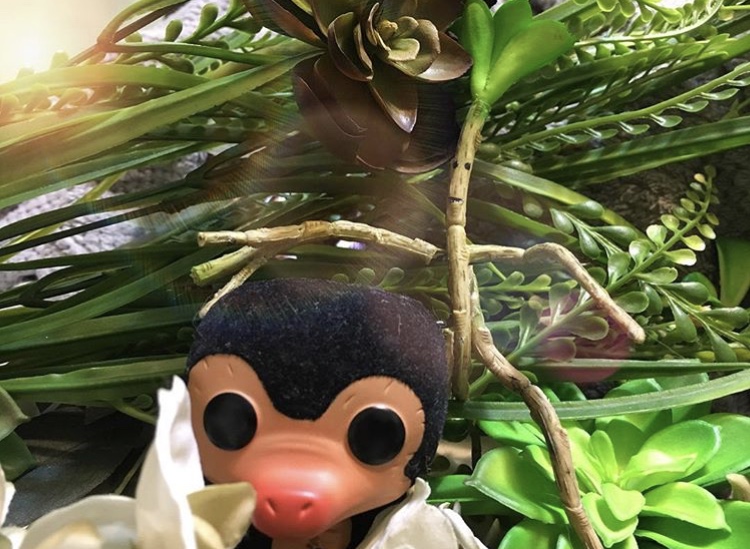