I have a few more stories to share with you. Unfortunately, they're all in an unfinished state - but I really would like to finish them.

Because the experiment with Ash's story went so well, I'd like to continue it. I know I'm sort of doing that with Daughters of Le Fey, but I don't want to inflict my teachings on you too much (I don't want to sound like I know everything there is to know about editing. The truth is, I don't).

BUT, if I share a snippet of these stories with you, I can get a little feedback on what you guys like best out of them all.

Pictures from Google Free to Use and Pixabay Images

I don't have a cover picture for this. It was the dawn of the eighties. Rock music was prevalent and going from strength to strength. Deep Purple was still being listened to, as was Free, Cream and a host of seventies groups. Status Quo, Queen, Whitesnake and The Who were making their own eighties revivals and newcomers Meatloaf, Bon Jovi, Def Leppard and ZZ Top were either established or just about to be big on the UK rock scene. 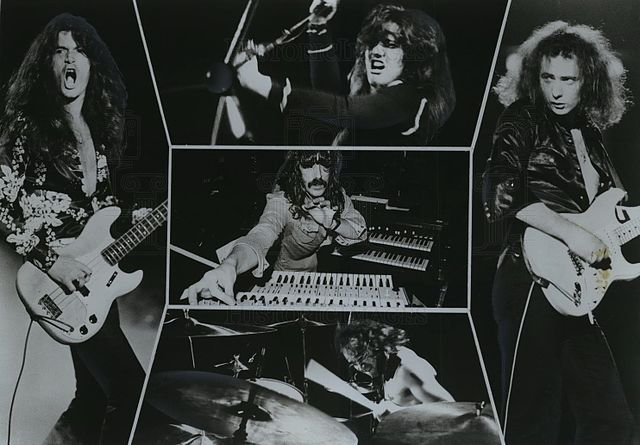 Biker style was at its height in fashion, with jeans, boots and leather jackets being worn by bikers for their functionality and worn by fashion victims for the style of 'Rock Chic'.

Tight stretch jeans had just come to the attention of the slim young things which left little to the imagination where the shape of legs and buttocks were concerned, much to the delight of other slim young things and casual observers everywhere. Leather and denim was seen to clad a wide variety of different sized bodies and held an interest for most tastes. Years before Grunge had even been thought of, 'Grebo' style was widespread. This encompassed the more functional aspects of leather and denim. Worn widely by Punks but mostly by bikers, leather jackets were scuffed and sometimes torn by minor slides down the road.

Time-worn and filthy 'Originals' were worn by the more hard-core bikers whose ethos was that no cleaning products would ever touch their jeans or cut-off (a sleeveless denim, worn over the leather jacket). Stiffened and thickened by grime, oil and everyday filth, these denims were worn religiously for all of their bike riding.

Whether the idea was that these filthy jeans would give a greater protection or not, they certainly gave a great deal of protection from more fastidious females and so were discarded when out on the pull. 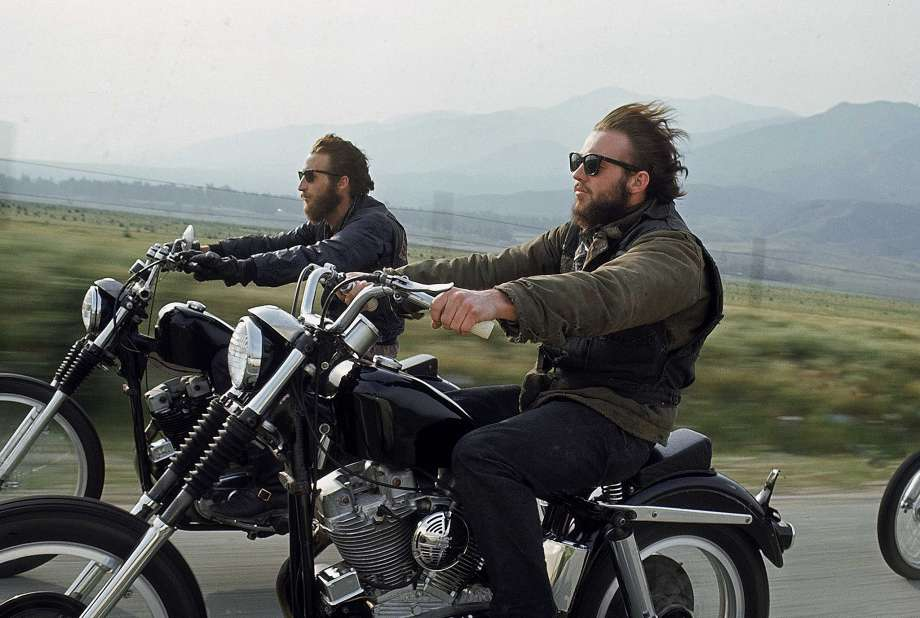 The unisex appeal of the style sometimes gave rise for confusion, especially as the male bikers also wore their hair long, possibly as a snub to authority, a statement of personal freedom or just to emulate their rock star heroes. Some employers still insisted on well-groomed and short back-and-sides hair styles, but that regime was falling by the wayside rapidly in this brand new decade.

Justin Hardy stood at the bar, his freshly poured pint in front of him. The barman returned with his change and turned away to serve others without time for a word of thanks in either direction.

Sighing, Justin stared into the froth on the top of the beer. He hadn't really wanted to go out tonight at all but he was alone in a small village B&B in the middle of his sales trip and already fed up of the small room he had rented. He had asked the B&B landlady if there was anything to do of an evening and she returned his question with a glum look and the minimal phrase:

"Yes." And then she had turned away to continue cleaning her small house. Even though she was not much of a conversationalist, her cooking was splendid (better than his mum’s) and the cleanliness of her house was immaculate. Sparse in furniture and home comforts - not even a TV in his room - but the bare floorboards gleamed and the threadbare rug harboured not a single speck of dust. He had no wish to sit in her living room with her, watching the likes of Coronation Street or Emmerdale Farm however, hence the quest for other entertainment.

So Justin had found himself alone in the Tap Room of the Sitwell Arms. He took a quick look around and then moved on to the back of the room, up two steps and then realised that this part of the Tap Room was more spacious than he had first thought. It opened up and more small tables were dotted about.

He spotted a young woman sat at one table facing him. ‘A nice bit of rough, makes a change.’ went through his mind as he mentally prepared himself. If he had been wearing one, he would have adjusted his tie at this point. She wasn’t what he usually went for, but there wasn’t much choice at the moment.

She was dressed in tight denim jeans and had on a leather bike jacket. She had long straight hair, dark blonde in colour, too shiny to be described as mousey. She also had on a tiny vest top that barely covered her small but perfectly formed breasts. Her make-up consisted of a little mascara and eye-liner and shiny pale lip gloss, she was definitely not what he usually went for, he preferred the higher-maintenance type of girls.

She was deep in conversation with the person sitting opposite her, both were leaning on the table, chatting quietly. The other was also dressed similarly, black leather bike jacket, and jeans. Lovely long brunette hair hung almost to the waist and shone in the light from the sunset glinting through the window. There were two half-pint glasses on the table, both empty. He decided to take a chance to liven up his evening.

"Could I buy you two ladies a drink?" He asked, his most suave smile beaming, his eyes on the breasts of the girl who was facing him.

Her eyebrows raised as he lifted his gaze to her face and she returned only a polite smile back at him. Her companion sat up a little, taking time to turn around. The words "Fuck off" only registered after he realised the mistake he'd just made in the gender of the girl's companion. The lad was younger than himself by perhaps a half-dozen years, he was slim with gorgeous clean, shining hair but his youthful features were very obviously masculine.

"Oh jesus," he muttered. "Sorry mate." As the lad glared at him, he felt his face colour up and he decided against sitting in this part of the Tap Room. He hurried back down the steps to find a vacant table in a corner in which to recover from his embarrassment. He heard the girl laugh as he fled but her companion did not.

"Are you going or staying?" She ignored his annoyance.

"Staying I suppose. Do you want another?" He stood up and took both glasses.

"No, I'm ok. I've had enough coke for now." He nodded and left her glass on the table in front of her.

Hey @michelle.gent! I tell you, it's so sweet you guys have all that awesome history together. A very special and sweet couple indeed here on Steemit. What a pleasure to read this post!

(P.s. Those bands you mentioned? That's a time when artists made "real" music. Your listening tastes are impeccable). :)

I really enjoyed the background information. Being a product of that age I can relate to the music, and long hair choice. Some people just did not get it at the time. Now a days, nobody really cares about hair length it seems, which is kind of good. The story of boredom, that was a scene I had seen plenty of times, a guy thinking it was two gals, so funny when it would happened.

Oh it happened a lot! Lol

Thank you for coming to my rescue with a genuine comment. <3

Glad I could be of service :)

So exciting when a biker gang roars through your town - and terrifying. We get a lot where I live due to the mountainous terrain they love!

We're a different type of biker - for a start, women are 'allowed' to ride bikes too ;)

Psst... you're supposed to be helping me narrow down my options...

Oops, sorry. Well, you know I like pretty much everything you write. (The true horror stories are the exception, like the black eyed children, shudder.)

But if you want me to prioritise, I'd probably put the Biker story in 4th place. Diamonds & Deviants, Daughters of Le Fey and Ash's second story are much harder to choose between. I'll put Diamonds & Deviants in 3rd place, solely because it sounds like a lot of planning needs to happen to restructure it.

Well long hairs looks so attractive on the bikers " especially as the male bikers also wore their hair long, possibly as a snub to authority, a statement of personal freedom or just to emulate their rock star heroes" :D

That is a beautiful meditation! I love the suggestion to record the affirmations because I was wondering. How I could remember to say all of that. resteem done