Wrestling for Dentures | The Chronicles of Enasni | 3 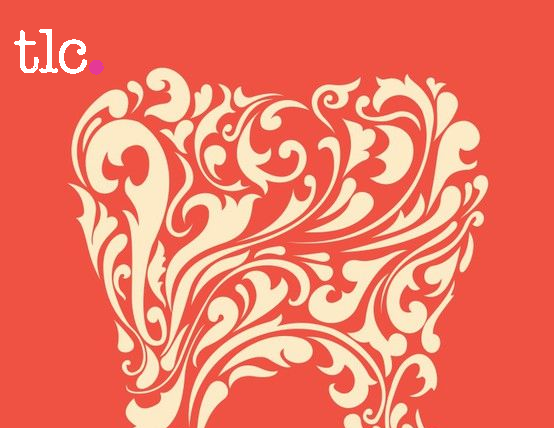 One day in my office a young lady of about eighteen presented for a visit. She was complaining of a toothache and on examination I could visualize a rotten molar with some gum inflammation. The rest of the teeth were fine. I suggested we place her on some antibiotics and pain medication until she could see the dentist and have the tooth dealt with properly. As she held her jaw she expressed concern over the cost and travel. There was no dentist in Enasni and she would have to travel about an hour and a half to see one. Then she decided that there were too many negatives involved for her to make the trip. " It doesn't make sense Doc to travel all that way for one tooth. Shouldn't I just wait till the rest of them rot and go get them all out?" I was less puzzled than you the reader likely are by this response. I had learned that in Enasni teeth were viewed as a burden from God that should be endured untll such time that you were wealthy enough to have removed. Forseeing rejection I ventured ...." Look if you look after your teeth, you know, brush regularly, and all that, they will likely last you well into your old age." She did not seem impressed and said that she would think about it. " No one in my family has ever kept their teeth older than 25 or so. We just have bad teeth." I wondered how many had actually owned a toothbrush, but kept my ponderings to myself. She left with the script for the medication.

As I came out of my office a saw my senior partner sitting at his desk drinking coffee. I asked him about the local customs regarding dental care and how he handled it. "Well I generally do what you just did but most of these people head off to Port Winsow when they have saved enough money. There is a dentist there who will haul every tooth in your head for $100.00. He does not discriminate between rotten or good as people will generally only agree to the procedure if he hauls all so to speak". I was shocked. He continued " You have to understand the mindset. They view teeth as a curse that just rot and cause you serious pain. The ultimate goal is to get into a good pair of dentures as soon as possible. The thing is, this damned dentist not only pulls all their teeth he immediately sets them up with denture molds for a full service package.. We have lots of dentured teens walking around here and the worst of it is they are quite proud of the damned things!"

I was disturbed. " Maybe we should look into reporting this guy as he is taking advantage of their ignorance for his own gain." My partner was not enthusiastic. He merely pointed out that they would find someone else to perform the service if he was put out of business. A slow grin began to grow on his face as he began to recall something amusing. As he almost never smiled I was intrigued and asked "What is it?" He said" Sit down and pour a coffee as I have a story to tell you that will help make you understand the situation more fully."

He began " Well one day a few years back the wrestlers came to town to put on a show at the hockey arena. You know how it is. There were a bout 6 matches and there were the good guys and the bad guys but they all came in on the same big bus and were all good friends until they performed. There was a huge contingent of the local population there and of course the police and private security because most people here really think this stuff is for real. Laurena, one of the local girls was there with her friends and they were smitten with the manliness of the wrestlers and their act. She was extremely agitated and upset when her favorite wrestler was being trounced by one of the bad guys. She jumped in the ring before the security could get to her, and elbowed the bad guy wrestler in the jaw. Blood was flying and the poor guy was knocked on his ass. The bout had to be ended because he was not able to continue. She was ejected from the arena but was so enamored and worried about her wrestler idol( who she had saved) that she hid in the wrestlers tour bus to await his return. Eventually the matches ended, but not before several of the "professional wrestlers " had been man -handled by the overzealous locals. By the way they have never returned because of the chaos and violence they encountered. Anyway the wrestlers loaded onto the bus and headed out of town. Laurena came out of hiding after about 15 minutes only to be rebuffed by the wrestler of her dreams. The bus driver refused to turn around because of what had recently happened at the arena, and they decided they would drop her off at the next town about 40 minutes away to call home for someone to come get her."

I was laughing at the story visualizing these big wrestler types being overwhelmed by insane Enasnians. But I was puzzled. "Great story but what does it have to do with our conversation about the teeth?" He gifted me a big smile that I rarely saw. " Well I am getting to that if you give me time". I raised my arms in mock surrender and said "Go on".

"Well we are coming to the end of the story. When Laurena's brothers came, in the pickup truck, to pick her up after the matches she was nowhere to be found. Laurena's friends told them that she had left with the wrestlers in their bus. The toothless brothers were mad as hell. They rushed home and armed themselves with shotguns and chased the big bus down the winding narrow road that led out of town. They caught up about 25 minutes later and passed on a blind turn to get in front. The brother in the passenger seat leaned out the window and fired a warning shot over the bus. The bus driver quickly pulled it over as the brothers exited the old truck each carrying the gun. The driver opened the door. The oldest brother in his mid twenties stepped into the bus and levelled the shot gun gently toward the rear and said something like this as I am told . . ." Laurena you little slut fly the fuck up here and get into that goddamned truck. I guess none of you big rugged fuckers wants to tangle with this, do ya" as he stroked his gun. As Laurena approached him he roughly grabbed her jaw and pried her mouth open. " Good you still got the teeth. You little cunt, you know I got a date with Sarah and with no teeth I aint likely gonna get laid"

My friend roared with laughter as he said " So there you have it. The family only had one set of false teeth that was presentable for "going out ". And be darned if her brother was gonna miss his date because she had run of with the only set."

This was Enasni where families shared a good set of dentures for going out and teeth( dentures) were passed down from generation to generation.

how dentures work in Enasni:

Hi Ankapolo, I have heard a lot about you from Mitthradiumm. I appreciate your visual support for my denture story. Mitthradiumm is not as intelligent or as witty as his old man but occasionally he shows sparks of brilliance which I suspect comes from me.

haha, I can totally see that, Your writing is amazing! and I can't wait to hear your sailing stories. I'd like to talk with you about playing a role in founding the group i'm working on.

Thanks Robus, I thought so.

Enasni was like The Trailer Park Boys on steroids in terms of the bizarre. What you just read was not so strange by Enasni standards, as you will come to realize as my posts progress.

I remember when i had my teeth removed, it wasnt a nice experience but i am glad i removed it so it wont affect the others

I remember when I had my front teeth knocked out playing hockey as a teen. A right of passage for many Canadian kids of my era.

Oh my read through d entire story and ended up laughing so hard. Just upvoted this post n followed u pls do follow bck n go tru my blog @eunireal1.
This was Enasni where families shared a good set of dentures for going out and teeth( dentures) were passed down from generation to generation. I love this part d most, great story.

Thanks for the kind endorsement and of course I will have a look at your blog.

Sneaky Ninja Attack! You have been defended with a 4.96% vote... I was summoned by @mitthradiumn! I have done their bidding and now I will vanish...Whoosh

Good job! Thanks to @mitthradiumn you have planted 0.38 tree to save Abongphen Highland Forest in Cameroon. Help me to plant 1,000,000 trees and share my Steem Power to the others. Selfvoting is prohibited, but that should be the reason to spread the world to protect our precious environment. Check out profile of our conservation association @kedjom-keku and the founder/coordinator @martin.mikes to get more information about our conservation program. My current SP is 18471.01. Help me to plant more trees with your delegated SP.

This post was resteemed by @steemvote and received a 42.43% Upvote

This post has received a 11.25 % upvote from @aksdwi thanks to: @mitthradiumn.

You got a 22.73% upvote from @upyou courtesy of @mitthradiumn!

This post has received a 8.77 % upvote from @morwhale thanks to: @mitthradiumn.

This post has received gratitude of 0.76 % from @appreciator thanks to: @mitthradiumn.