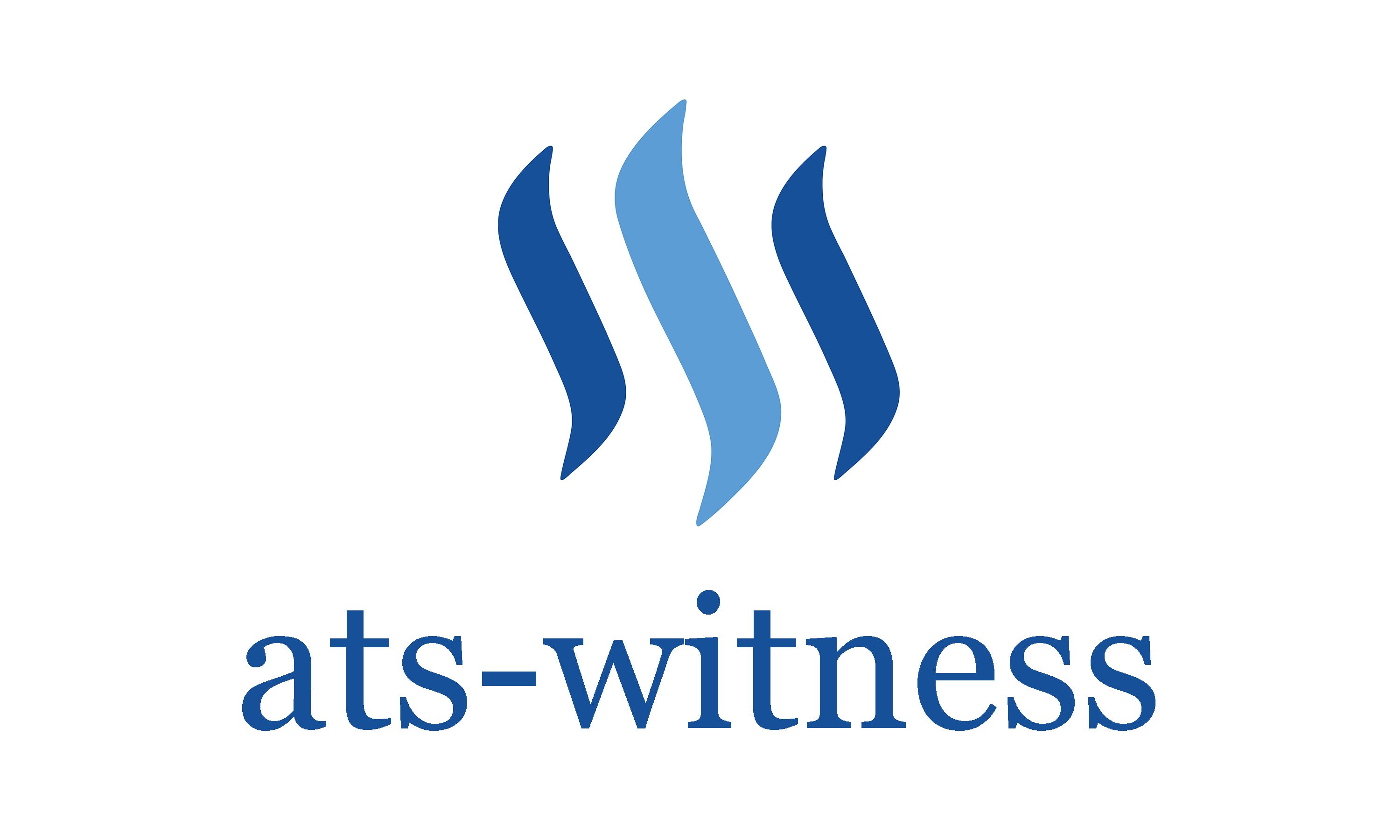 It has been a rough month or so for cryptos and STEEM, but potentially big things are coming!

The Steem blockchain has seen some positive press and price action recently, but it hasn't been enough to overcome the general downtrend in the cryptocurrency markets, mostly led by Bitcoin. It would be great to see more decoupling among "alt" coins and Bitcoin - to have on- and off-ramps directly between STEEM and local currencies. But as it stands, nearly all coins will continue to be steered by the sentiment and volatility of Bitcoin.

For now, we can only ride out the downtrends and hope that Bitcoin can either get its act together or that traders begin to actually look for valuation metrics in viable blockchains. There seems to be a lot of hope and hype when it comes to cryptocurrencies and their respective blockchain development (or lack of development) and it's something that should eventually correct as the technology and markets mature. The one benefit we have here with the Steem blockchain is that the viability is being proven daily, the user base continues to grow, transactions remain fast and free, and the network has become the largest in terms of daily transactions...all while still operating at far less than 1% of its capacity.

If we were to compare the STEEM price to the top cryptocurrencies - Bitcoin, Ethereum, Ripple, and Bitcoin Cash - there is still some rather large upside potential. The lowest market cap of these four (Bitcoin Cash, or B-Cash...Hi, Roger Ver!) is currently ~$15 billion. If STEEM reached that valuation in the crypto markets, the STEEM price would be over $50. At an Ethereum-level market cap, we would be looking at over $250 per STEEM. While these prices may not be likely any time soon, it is possible that the Steem blockchain can see similar valuations based on actual utility and use.

However, there's still a long way to go and plenty of work to be done. So on that note, let's get into some project updates.

In my last witness update, I announced that I would be working with the Steem Poker League (@spl) to bring sports contests and possibly fantasy sports to their site, Lucksacks.com. The idea is to offer both the sports and poker communities an opportunity to earn chips through a variety of poker freerolls and free-entry sports contests. These chips can then be used for buy-in games and exclusive sports contests - all on the same site with its verified users. Development for both poker and sports is ongoing at this time and we hope to begin early testing of sports formats in the next month.

In the meantime, I began sponsoring a weekly poker tournament on Lucksacks.com - the SPL @ats-witness 20 SBD Freeroll. This is a weekly Saturday tournament that pays out a minimum of 20 SBD in prizes with additional SBD given out for "bounties" on other players. You can find league information and the latest post about this tournament here: ATS-Witness 20 SBD Freeroll - Saturday, February 3rd

This is going to be a fun project to work on and I hope the community can see the value that it can add to the blockchain and the network overall.

I am also currently in early development of a new web app for Steem that will take contests and photography to the next level! I don't want to give too much away right now, but what is under development is a proven model that can attract large numbers of people to our blockchain via social media due to its widespread appeal. And not only could this become a huge draw for non-Steem users to join the platform, but there will also be a component to it where users may be able to actually spend the Steem currencies on-site.

The team for this project is being assembled now. Coding has already begun. Web/Interface design will begin soon and updates on the project will come when we have something to show. These are exciting times!

Make sure that you stay tuned for updates on all projects!

Since launch of the @ats-witness node on November 21, 2017, zero blocks have been missed. It continues to run near-flawlessly on a 32GB RAM server with no observed downtime. I have held off on upgrading to 64GB for now, but will likely upgrade this month or next month, unless there happens to be an enormous drop in user activity over that period.

Rewards from my last witness update were 37.985 SBD and 6.62 STEEM Power. I transferred 38 SBD to my @ats-david account for recurring witness expenses and associated project costs. The SP has remained in this account.

As I’m currently outside of the top-50 on the witness list, the Steemit.com interface does not display my witness name on the voting list (and this is poor practice, in my opinion). So if you’d like to vote, you’ll need to enter “ats-witness” manually into the “VOTE” field here: Vote for Witnesses.

Thank you to everyone supporting me! Stay tuned for future updates and announcements!

Block-change you can believe in!

Man you accomplished so much in such a short time plus you're one of the most knowledgeable witnesses out there in regards to how STEEM works. You've had my vote from the beginning for that reason. Hoping to see you in the top 20 soon. Top-50 would be nice at this point, considering that I'm 54th and there are five disabled witnesses ahead of me...and nine total with perennially broken price feeds. Lots of hurt feelings around here though, so it's expected. I'll just keep doing what I do, as always.

Which would be what, really? I mean, seriously, all you ever do is pretty much nothing. All that talk about steem is just a ruse. We have you figured out. ;0)

Much good post. I hopes you witness many stuffs.

i haz witnesses much thingz!!!1!

This is pretty spot on. You should see the post I do on these. I collect them for fun. You can read it here. So if you find any good ones, send them my way. I make them into necklace charms as it were.

The team for this project is being assembled now. Coding has already begun. Web/Interface design will begin soon and updates on the project will come when we have something to show. These are exciting times!

Blood bath in trading good thing our investment is hodl'ing as steem power.

Thank you for a great update, got to admit it's been a little nerve jangling recently but I do believe in the added of value of the steem blockchain in the future, but thanks for helping the nerves. Also loving where the steem poker league is going @spl just need to get the 35 reputation 1st!! You have my witness vote, be happy and smile often my friend :)

The chip sounds interesting (SMT like) i am curious about the implementation to self i can learn a thing or two for my discord wallet thing.

Really interesting insights into the market and future potential of this site/STEEM. Must confess, I’m pretty new to all of it, but I can see both the immediate and long-term potential. Looking forward to reading more.

Great update. I'm always interested to learn more about what witnesses are doing. Thanks for the post, and for being a witness!

You stressed that you have zero missed blocks. . Could you explain to the community the importance of not missing a block and what happens to the network if blocks are missed. Thank you!

It's mostly just for bragging purposes - to demonstrate that your server is super reliable...like mine!

If a witness misses a block, it doesn't really impact the network, as the next witness will pick it up anyway. But after a certain number of blocks are missed by the same witness, that witness will be automatically disabled until they correct the problem. So it's an issue for the individual witness, not necessarily the network...unless all of the witnesses are missing all of the blocks. Then, Steem ded. In a nutshell.

Waiting for the end of Bitcoindependency

As far as the cryptos are concerned, it's just another battle of political fud vs the inevitable adoption of blockchain. Steemit just has to hold steady as she goes.

Thanks very much for Yours greats ideas, You and spl together forever!

One of these days I will check who I'm voting for, take vote away from the ones that mises most of the blocks and give them to witnesses that misses the least blocks. I will especially looking for witnesses outside top 50 and top 100.

thanks for all of your updates and supporting the Poker League !

Can't wait to see the sports contests that will be up on the @spl.

Thank you for your witness work and for supporting the @spl.

I like your 400% projected outcome. $4 is a good number to live with. Great insight, keep it coming.

This is extremely exciting! I think there is some huge potential for streamlining and enhancing the contests! Thanks for everything you do!

I saw that Steemit.chat is down.. What is next for our fantasy sports?

You can reach me on Discord, if you're on there.

Next for fantasy sports? I'm not sure. It depends on how quickly we can get something tested on Lucksacks. I think we'll definitely be ready for the 2018 NFL season. I was hoping to have something by the start of the NASCAR season, but it's not looking good at this point. Maybe baseball?

Yeah! What’s your discord tag? I wish I was a developer because I would shift any extra hours to this project!

You got my vote David! I will also get my girlfriend to log into her account today and vote! I’m really interested in the project that you will be building. Can’t wait to hear more about it. Cheers and good luck.

Do you know when it will happen?

Most likely when SMTs are launched

There it is. I knew you knew.

Geeze. Took you long enough. But hey, you got there. That's all that matters.

Congratulations @ats-witness! You have completed some achievement on Steemit and have been rewarded with new badge(s) :