There is something special about showing off an old thing rather than a new one. But that's just me being me. This time I have something old. It is a board game. Personally, I was never a fan of board games. I preferred hide-and-seek. Neither am I a fan of Warhammer franchise. That's a universe too big for me. So let's get to the board game.
It's Space Crusade or Star Quest depending where it was sold. The game was made in the UK, in 1990. The interesting thing about it is, it was never sold in the US. Milton Bradley and Games Workshop produced this adventure board game. Maybe the geeky audience remembers this one or its sister game Hero Quest. Unfortunately not much is left of it because of moving to different places and countries.
As mentioned before it uses a lot of elements of the Warhammer 40k universe. The top portion of the box is missing so I used a picture from the net. The artwork on the original box was made by Jim Burns, he is known as some kind of a science fiction art Grand Master. The board game was designed by Steven Bake. So this is 2 to 4 players game in which one player is always the bad guy commands various aliens like Chaos, Orks, Genestealers. His role is to stop the Space Marins which the other players are. Etch Space Marins commander has a unique mission to compleat what makes it interesting that everyone has a different quest to complete. But I won't get into detail how the game is played. I would end up copy-pasting a big chunk of text and then Cheata would stop by, you know how it goes. There are also expansion and sequels like Elder Attack, I had that one also. What you see is only about one-fourth of what comes with the box. Four boards that are the battleground, walls and doors. If you look closely their little squares all over each board. There you place the enemies and the good guys. Then there are the weapon cards: They tell you how many moves you can make and how many dice you need to perform them. There are few cards with some side quests, perks or something else that can or can not benefit your gameplay. And the command station its the black thing on the left of the picture. Each player gets a colour and five space marines to play with. You can customize your squad with different weapons that give them the ability to have a stronger attack or more movement on the map. That's the expansion Elder Attack, only the figures are left and everything else is gone. Here are some enemies you come across while playing:
Goblins, or at least I think that there are Goblins, Orks, Chaos Warriors, Black alien whit four arms and claws. Skeleton cyborg, I think I got most of the enemies wrong. So feel free to correct me in the comment section. Big Bosses, there where two of them I have half of the smaller one.

As always I looked it up on eBay and get this, someone is selling a compleat Space Crusade for 100 Pounds. Not bad. People also sell parts from the board game like five figures for 10 Pounds, one weapon for 2.50 Pounds and so on. Not a bad idea, selling parts separately could bring me close to 100 Pounds. But Always remember: hold is gold. Time will bring the price up in most cases.

His role is to stop the Space Marins wich the other players are.

Yes good game got for my Communion :D

Really nice game I still have one space marine figure:) 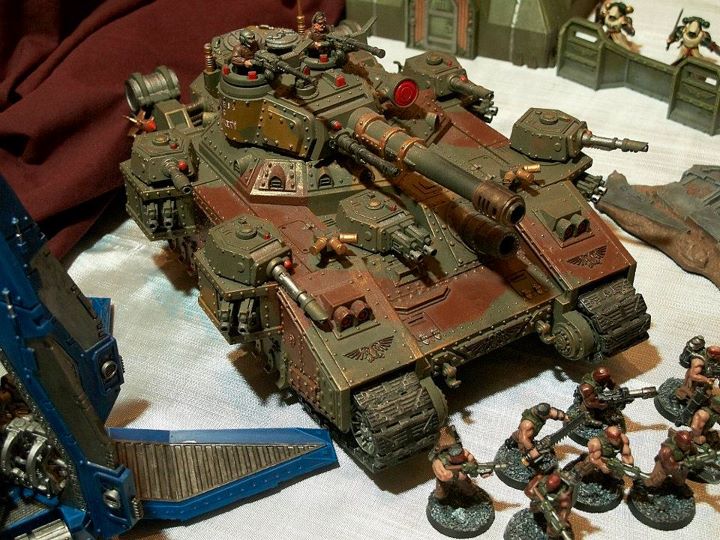 That is a tough call man !

@alktoni You have earned a random upvote from @botreporter because this post did not use any bidbots.

Years ago I worked for Avalon Hill. They made a lot of war games. I wish I had bought some of those games. Some are worth hundreds of dollars now! Cool post @alktoni!!