Adventures of the Viking-kind Part 0.03 One day I went to the forest to chop some wood so I could build a new boat for raiding. Looking around, I saw a giant tree sticking from of the forest. The tree was far away, so I went back home to get some food first. Two days later, I set out in the general direction of the big tree. Half-way there, I realised I forgot my axe! I decided to rather make me a new one on the way.

I went to the nearest tree and punched at it. I saw this working once, but I was probably doing it wrong because it hurt like Hel's wrath and the squirrels were throwing nuts at me. Not very far away from the tree, during the middle of my punching frenzy, I spotted an axe lying on the ground. It was my axe. I probably lost it there while I was drinking with the troll the other day. I was getting thirsty at the thought, so I went to the local inn for a few drinks before I continued towards the tree. The innmaid told me to touch her tits. Well, at least, I think that is what she said. I was not listening.

For some reason, this triggered a massive inn fight. Tables were flying around, chairs were being smashed. I was fondling the innmaid when then this huge dude came in through the wall next to the door. I mean, he just smashed right through it. He kind of looked like that huge tree I saw earlier. So anyways, the innfight stopped right there as he walked up to the counter and ordered some beer.

Being slightly drunk and not wanting to go all the way to the far-away tree, I decided I will chop this guy up and make the boat from him, since he looks like a tree anyways. I swung my axe at his huge leg, then I flew through the air. When I landed, I was only a few paces from the tree! I could not believe my luck. The only problem was that my axe got left behind at the inn. I must have dropped it when I was flying for no reason.

The big tree told me that he wanted some beer. This puzzled me as I did not know trees could speak. Well, I kind of knew already. This one time, I ate some mushrooms in the forest and this one tree started flirting with me. That gave me some serious wood and some splinters, too. So anyways, I got some beer and we drank for some time. Now I regularly go to visit the tree with more beer. He says he used to be a raider in his youth, but I do not believe him. A tree? Raiding?

And there you have it. That is how I met Hoschi.
Peace, prosperity, and promiscuity to you all!

Disclaimer: @hoschitrooper really is a giant German oak.
Art by @AnikeKirsten (not making the art fast enough) and the banner by @hoschitrooper

So... @hoschitrooper is a giant German oak that has everything to do with Beer... interesting *takes notes

Apparently that is how you grow giant German oaks... with lots and lots of beer.

Haha I had a feeling @hoschitrooper is involved this time when you mentioned beer. Tho you always mention beer!
Keep making those dark humor cartoonish stories :P

Loved the story sig! Your a fun writer😜

I really hope you find a way to make your boat, but first find your axe, and get the fuck out the place bro, they are gonna give you nightmares 😂😂🙌

But really nice story, keep up the work & instead having beer with a tree, have a dubie with him if you know what I mean 😛
Peace

damn bro... i read this story again and again :d

If you would like to be resteemed by @ocd and reach a bigger audience, use the tag ocd-resteem. Three posts using this tag will be chosen each day by our curators to be RS. Good Luck!

@Ocd now has a witness, please vote for @ocd-witness to help support other undervalued authors!

I accept your challenge!

Here you got mentioned: https://steemit.com/ocd/@ocd/ocd-daily-issue-159
If you would vote @ocd-witness as witness for thanking us for our work that would be aweasome.

he found me also but i think i didnt get into this OCD stuff :D

Yeah your post didn't made it in the compilation, you didn't got enough votes from the other curators.

It was funnier in my head I swear...

hahaha awesome story!! "some serious wood and splinters too.." beautiful! I found you thru @ocd ! So congrats and thanks:)

Stay tuned for part 0.04. Coming some time between now and the weekend... 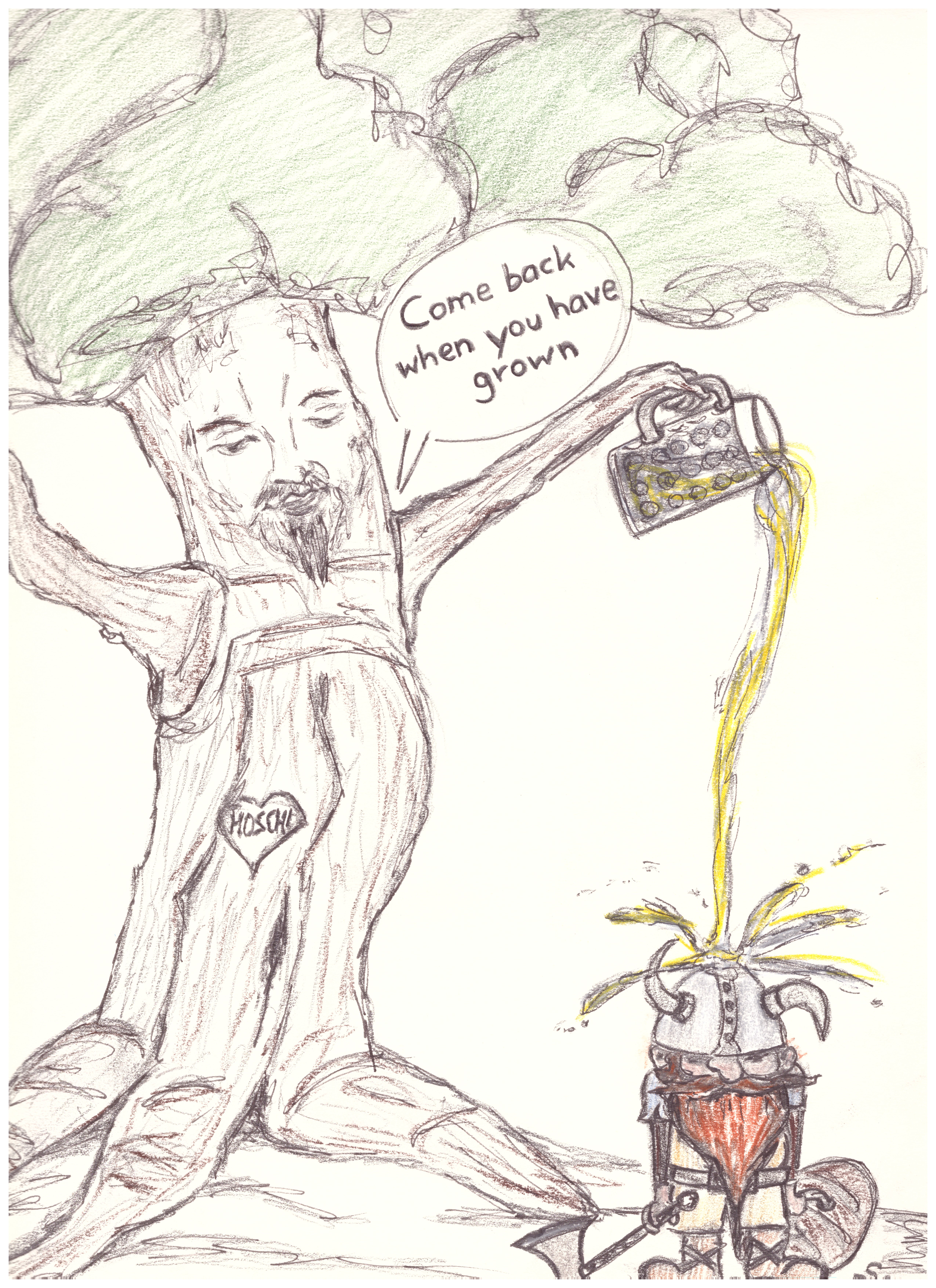 my Wife draw a pic , i told her about your Story and she said she got a pic... and start to draw it