It is official: Petro's whitepaper

I wrote a couple of posts about it last month but since it's white paper was made public I didn't have the chance to address this topic. This is the link to the official document:

The first thing that stands out to me is the use of "crypto asset" instead of "cryptocurrency" to define PTR. It might seem insignificant to you but after so many people (including myself) have expressed their doubts about PTR having all the traits that would make it qualify as a real cryptocurrency (descentralization most of all) I think that this shows how the venezuelan government admits implicitly that it is not.

Then we have a couple of chapters that talk about some economic background (nothing specific about PTR) and about blockchain. In this case some generic information about how does a blockchain works, but again nothing about how PTR's particular blockchain. It says that on the pre-sale fase an ERC20 token will be issued so we can guess that it's transactions might work on top of the Ethereum blockchain but it doesn't say anything about actual mining and the generation of brand new coins.

After another redundant chapter talking about cryptocurrencies and digital tokens, we get to this section about "Venezuela's oportunity" in which they bring up how it's oil reserves (the largest in the world) gives the chance to create a stable store of value avoiding the volatility of traditional cryptocurrencies such as BTC and ETH. It talks about it's potential for mass adoption and it opens up the possibility of using some other assets instead of oil to back it's value. It doesn't say anything about an actual mechanism to trade PTR for the tangible asset that backs it.

At this point, we get to "Emission and Initial Offer". A 100,000,000.00 tokens will be issued but only 82,400,000.00 will be available for sale. The rest will be kept under the government's control. According to this section the venezuelan state will not be able to make new emissions and leaves open the future possibility (subject to holders approval) that PTR generates a PoS incentive.

Then we have "State backing". This doesn't have a real value by itself when said state's own national currency has shown how much this is worth. But at least the venezuelan government will accept it as "a form of payment of national
taxes, fees, contributions and public services" which should give it a real value in the national market.

The venezuelan government is committed to stimulating a strong demand and at this point seems that those 17,600,000.00 tokens left will be used for that end. Promoting the inclusion of PTR on international cryptocurrency exchanges on allied nations (no US or EU based exchanges here) and using it to pay for labor and social benefits (giveaways) on a local basis will be the main ways to do it.

The funds raised by this token sale would be distributed as follows:

It should be noted at this point that tokens will be also available for sale in VEF at the official current rate, as of now around 30,000.00 VEF/EUR (as this was the outcome of the most recent "auctions" in which some potential buyers were not assigned any EUR despite having offered more than that), while the real market value is more like 290,000.00 VEF/EUR.

So yes, those "lucky" enough to be assigned some PTR to be paid with VEF will buy these on a 90% discount, as long as they can sell it in exchange of USD or BTC. Totally transparency there.

That's basically it my friends. I tried to explain this without being judgemental on each and every detail but I can't help to show my reluctance about this project.

I would like to know how do you feel about it.

It's inspiring to see even our governments adopting cryptocurrencies in their daily activities. Good one from the Venezuelan government.

I agree with you that using cryptocurrencies could be great for many countries in the world. This is not a cryptocurrency, more like a "crypto bond"

I think it is important for countries to break away from USD dependency or any other countries currency for that matter.
A neutral currency not owned by any country would be the best. The world can not be held to random by the whims of one country. People should be rewarded for their labor and that reward should have equal value anywhere in the world.

The Petro might not be the solution, but I believe it is a start and I am willing to support it.

Thank you for the in-depth explanation with minimal bias.

I see the release of Petro as an act out of disparity which wil only cause more economic crisis in Venezuela. After reading your post i'm absolutely sure to not get into this.

I wonder how many people will eventually.
Damn, we just need to save the people in this shithole Maduro created

As a venezuelan citizen, just wanted to let people know that participating in this all you're doing is supporting a dictatorship that is quickly destroying what little we have left... please do not participate, this coin was declared a fraud by our parlament because venezuelan natural resources such as oil cannot be used to back a currency of any kind... if you're thinking it will help the country in any way, IT WON'T!

Crypto has become the only way for me and my family to survive... if you want to help then a small donation, any amount will help:

AGAIN TO ANYONE OUT THERE: DO NOT BUY PETRO!

If it is backed by oil, and they allow mining, then it will lose value over time (more coins, for the same oil). This "cryptocurrency" looks like the idea from any central bank in the future: a global currency backed by gold; and this is a test of it.

Not for the same oil, that's not the problem. They are assigning an oil field's reserves (around 5 billion barrels) to back all future coins. The problem here is that they are not going to give you any oil in exchange for you coins. So all this "oil backed crypto asset" is just words, in the end the only thing that backs it up it's how much trust you can put in the venezuelan government. The same government that issues VEF as a national currency, with an anual inflation over 2000% in 2017

This post has received a 6.39 % upvote from @voterunner thanks to: @johanalejo. BIG NEWS: Build your passive income with daily payouts from @voterunner! Read more about earning SBD with me. Daily. The easy way!

This post has received gratitude of 4.97 % from @appreciator thanks to: @johanalejo.

This post has received a 21.33% UpGoat from @shares. Send at least 0.1 SBD to @shares with a post link in the memo field.

It is challenging! Let's see if US and other countries are willing to accept Petro. But hats off to them taking a major step towards cryptocurrency.

The whole world is going crypto...Satoshi Vision is coming to pass...free the people from fraud...so much crypto is the future...I'm going to include a jack Russell to the post...why because they are the smartest of all dogs. Plus I love dogs and of course my Tron Trx. Thank you like always enjoyed. Just not enough time for crypto. But I'm making it enough. 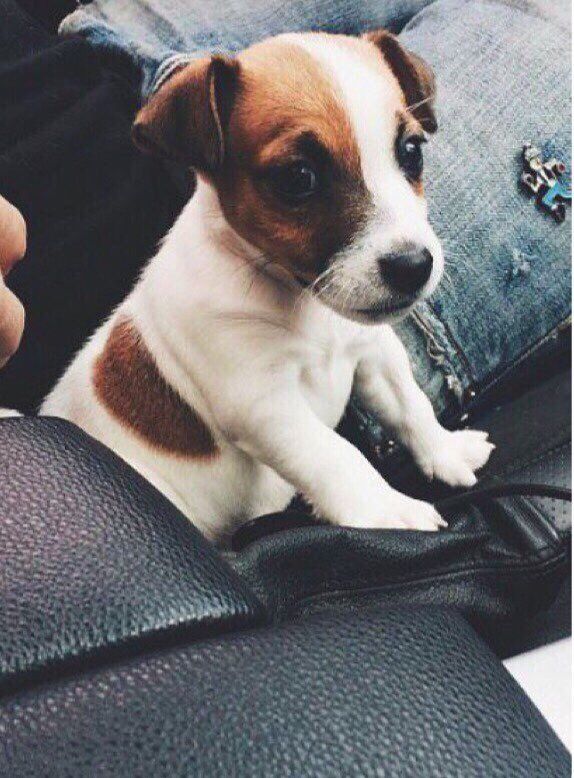 This post has received a 90.00 % upvote from @getboost thanks to: @johanalejo.

Wow greate article!
You just got a 25.51% upvote from @postdoctor!
Thanks for using the @postdoctor service!

You got a 37.24% upvote from @redlambo courtesy of @johanalejo! Make sure to use tag #redlambo to be considered for the curation post!

You got a 5.56% upvote from @postpromoter courtesy of @johanalejo!

Let's just hope that this coin wont go far, with the government that is behind it really is one of the worst crypto's ever.
the token economics beside's....

Bitly vincentb got yah a yoghurt

You got a 4.11% upvote from @buildawhale courtesy of @johanalejo!
If you believe this post is spam or abuse, please report it to our Discord #abuse channel. Haven't heard much about Petro since Venezuela's government announced it, thanks for all of the great info.

This post has received a 26.23% upvote from @lovejuice thanks to @johanalejo. They love you, so does Aggroed. Please be sure to vote for Witnesses at https://steemit.com/~witnesses.

Bitly vincentb got yah a yoghurt

The country need to grow its economy.

Venezuela can not sell own oil. So they applied for such a way. I think they intend to make their own oil stock exchanges like this. Thus, with their money they will create a new oil market.

This post has received a 4.50 % upvote from @aksdwi thanks to: @johanalejo.