That's right, you heard me! You are already a vegan anarchist...at heart. You will insist that you support political campaigns and still eat meat, milk, cheese and eggs, and while that may be true, I know that, deep down, you're an anti-authoritarian, animal loving anarchist!

You may identify as 'democrat' or 'republican', 'labour' or 'conservative' and support all kinds of government legislation, but beyond identity politics and the political walls you have unconsciously erected for yourself lies a human being who aches and yearns for freedom. True freedom.

A free, sovereign human being who knows that, beyond all the political bullshit and mindless rabble between the 'left' and 'right' on propagandised mainstream television lies a deeper, spiritual truth just waiting to be discovered. A truth that has been denied your entire life, chewed up and almost spit out during the 16+ years of indoctrination in the so-called 'education' system known as public schooling. You were taught to ask for permission to express yourself, to regurgitate information on command and beg 'authority' whenever you wanted to be excused to take a piss. Your infinite value as a human being was reduced to a 'pass' or 'fail' grade on a piece of fucking paper and you were never told how truly special and unique you really are. You were never told by teachers, government, or even parents, that you were destined to manifest the glory of God and realise your own innate divinity. Despite your political affiliations and calls for this campaign or that campaign, you know that, deep down, you own yourself. In fact, so does every other sentient being on this earth, and you know it. You know that what's bad for you is bad for everyone else. You don't really want to inflict mass suffering on your brothers and sisters on the other side of the world, because you know that you wouldn't want to endure the same suffering as them. They call mass-murder 'an act of war', and justify the extermination of women and children as 'collateral damage'. You know it's bullshit, but you go along with the charade to fit in. To obey, just like they taught you in school; another brick in the wall.

You know it's wrong to impose your will on your brothers and sisters, but you haven't aligned your deepest thoughts and feelings with your actions. You know that no one has the legitimate right to rule another, but you vote in political elections in a desperate plea to 'change the world', perpetuating the myth that humans need to be told what to think and how to act by so-called 'authority' figures in government. You see, it's all bullshit, but you live in fear of declaring your own sovereignty because you were never taught -- or told -- that you were a sovereign being. Tell me, has any man or woman ever told you that you were a sovereign, that you are a walking, talking miracle created in the image of God? You may laugh, but it is the truth: you are a child of God.

Here me when I say: no man or woman has the legitimate right to rule another, and all political elections are a farce because all forms of government are based in coercion and violence and no politician, king or queen, respects your innate, inner freedom. How could a master ever recognise his slave as a free human being? But that's what you are: free. And it's time you started acting like it.

But what about the animals? You see, you say you love them and, in fact, you do love them. But you are tormented with an inner conflict. Your mind respects animals, your heart loves them and yet here you are, probably eating their remains whilst reading this blog post! There is contradiction and disharmony in your thoughts, emotions and actions and maybe it is time you took a deeper look at your behavior towards these creatures. Do you eat them? If so, you are unconsciously paying for their enslavement and slaughter -- just like I was -- to satisfy an inner tyrant. You say you love them, but can you not see the contradiction between your own thoughts, feelings and actions? With each second that goes by, thousands of animals are exterminated in the most cruel fashion to satisfy a consumer demand.

That's roughly 9,000 animals killed in the three seconds it took me to type this sentence. 9,000! And to think we call ourselves a 'civilised' species. Our civilisation and technology is mostly built off of the suffering of others - human and animal, and it is time for a paradigm shift.

If you could maintain the same level of comfort you have today, but with the difference being that no animals were killed, would you do so? Of course you would, and that is why you are vegan at heart. You don't want animals to die to satisfy your wants and conveniences, but your wants and actions are misaligned.

If we are to grow as a species, to make a true spiritual evolutionary leap in consciousness, we must strive for unity and harmony in all three aspects of human consciousness: thought, feeling and action. If you own yourself, don't vote for politicians to claim ownership of your human brothers and sisters, and if you love animals, eat plant-based, vegan alternatives instead of animal products.

I don't know about you, but I'm a human - like it or not I'm an omnivore - should cats feel guilty about being carnivors? - We are what we are, and being what we are is not "wrong"

Agenda 2030 on the other hand is pure zionist evil. 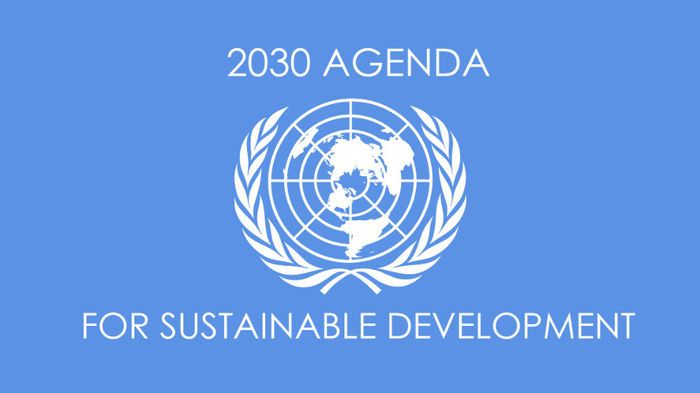 Another brilliant piece. Thanks

Great post. I really struggle with this one, because I know that what I am doing is wrong, but when I feel obligated to eat with people, it's hard to turn down a meal that has been cooked for me. I think it is important to have some meat in our diets, for optimal human health. But eating meat everyday is just terrible. So I try to limit myself. Still getting over that hurdle of feeling obligated to eat what people prepare though...

Thanks, @choke. I find the best thing to do when someone has cooked me a meal I don't want is to pick it up and throw it in their face. Just kidding, lol.

I just tell people in advance that I don't eat animal products. If they are true friends/family, they will have no problem.

It's nice to read a positive comment from a meat eater; there is no judgement here. If you haven't watched earthlings (available on youtube), I would highly recommend it. It is a very, very powerful documentary.

When I go to dinner at other people's houses, I bring something to share that's vegan. That way I know I'll have at least one thing to eat. I also often eat something before going, and have a snack in my pocket.

When you eat a diet out of the mainstream, you learn to take care of your own food needs. At the same time, everyone knows that I'm vegan, and I imagine just thinking about what they can serve me helps them to start paying attention to what they eat, and why.

Wonderful post and well written. I am 90% vegan I just struggle when out not to eat dairy products. But as more vegan option and places spring up I am finding it easier 💯🐒

Thanks @vibeof100monkeys. The main thing is that we try. Luckily, there's plenty of vegan cafes where I live, so it couldn't be any easier.

Nice! My main problem is at work the canteen is not vegan friendly. I'm working on it through 💯🐒

Hell yes! I love this! Fully embraced veganism and anarchy, and I'm glad others are doing the same :) followed!

Wow!! Blew me away!
X Lazy Bird (the Lazy Vegan)

Congratulations @mckeever! You have completed some achievement on Steemit and have been rewarded with new badge(s) :