Some physicians believe disease is a result of the bodies response to poison , not the result of a virus?
Most of the time these "viruses" are reported in the media and then supported by mainstream doctors, then the government and the pharmaceutical companies make their so called vaccine to prevent these viruses.

The term virus comes from the Latin word for poison or venom, which is probably related to the Sanskrit word visha, meaning toxin or poison. The cells of our body swell and become mangled when exposed to poisonous substances (such as heavy metals, toxic foods, pesticides, and chemicals ) like Paris green, BHC, DDT and Lead Arsenate.
Then modern “scientists” mislabel
these symptoms of environmental poisoning as specific diseases caused by viruses.

A search of MEDLINE (“polio” and “poison”) finds about 45 contemporary articles where polio-like disease is attributed to poison. This recognition of the relationship between polio and poison is restricted to the agriculture industry–animals cannot hold industry liable. The terminology found includes the following:

In developing countries, polio is blamed on poor sanitation. But in the United States, polio was blamed on lack of immunity due to good sanitation!

LOOK AT THESE GRAPHS

The British Medical Journal
Only 6% of drug advertising material is supported by scientific evidence
http://www.bmj.com/content/328/7438/485.2.full

The only way to eradicate paralytic poliomyelitis is to STOP VACCINATING

GUESS WHAT IS IN THE POLIO VACCINE???

Neomycin, streptomycin, and polymyxin B

The United States Centre for Disease Control (CDC) admitted that the vaccine has become the dominant cause of polio in the US today, with 87% of cases between 1973 and 1983 caused by the vaccine. More recently, 1980-1989, every case of polio in the US was caused by the vaccine. Doctors and scientists on the staff of the National Institute of Health during the 1950's were well aware that the Salk vaccine was ineffective and deadly. Some frankly stated that it was "worthless as a preventative and dangerous to take". The Salk "inactivated" or "killed-virus" was actually regulated to permit 5,000 live viruses per million doses

"Use of either Salk or Sabin vaccine will increase the possibility that your child will contact the disease. It appears that the most effective way to protect your child from polio is to make sure that he doesn't get the vaccine "---Dr Mendelsohn M.D.(1984).

Here are some notes i put together

"These data suggest that there may be an increased incidence of certain cancers among the 98 million persons exposed to contaminated polio vaccine in the U.S.; further investigations are clearly justified."
http://www.ncbi.nlm.nih.gov/pubmed/10472327

"Some oral poliovirus vaccines were contaminated with infectious SV40 after 1961."
http://www.ncbi.nlm.nih.gov/pubmed/16288015
And its linked to cancer.

"SV40 was given its name as it was the fortieth monkey virus discovered. Since then, over 100 such viruses have been detected. SV40 has tropism (attraction) for human kidneys. Stealth pathogens that can’t be tested for could lead to devastating problems later after the vaccinee’s immune system is compromised. Modern detection assays for SV40 have been shown to be insufficient by a leading investigator of SV40. The stealth virus problem is not just a thing of the distant past that has been addressed and contained. “Seed virus” used to grow polio virus in cultures was taken from stored contaminated polio vaccines as late as the 1990’s.Inactivated vaccines against adenoviruses and hepatitis A virus also exposed humans to SV40."

Maybe some of us will be lucky and get Non-Hodgkin lymphoma. "Our data indicate a strong association between Non-Hodgkin lymphoma (NHL) and SV40 and thus a need for innovative therapeutic approaches for this hematologic malignancy."
http://www.ncbi.nlm.nih.gov/pubmed/25877010

Do You Know the Extent of Microbial Contamination? http://www.ncbi.nlm.nih.gov/pmc/articles/PMC3241931/ 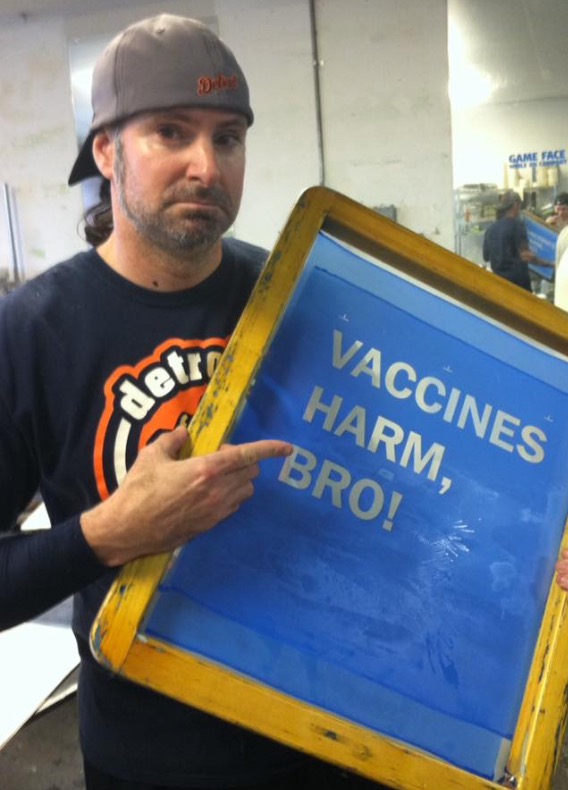 Thank you for posting this info. UpVoted and Re-Steemed

@melip
Eat cookies , cakes, pizza and drink pop EVERYDAY FOR WEEKS.Eventually you will get pimples - pus And we will call the pus a virus (poison) I'm going to collect all that pus and inject into people to try and prevent pimples ?! Or should we prevent pimples by eating better?

Did the pimples cause themselves? Of course not. The cause was the food eaten. The result was the body trying to eliminate the poison created by the bad food.

This is why doctors treat symptoms. They don’t understand cause and don’t know the difference between cause and effect.

So this is how the con-game works. They make an animal sick in the lab. They take the infection which they call virus and inject that into another animal. If the animal survives, they claim the poison infection that they injected is the reason for survival. And if the animal dies they blame the animal.
This laboratory madness has NOTHING to do with the cause of NATURAL disease.

I couldn’t agree more with you @truthtrain

If Big Pharma claims, that all vaccines are safe, then why do they want to be free from any and all liability for injuries created by their products? And for drug companies to seek such a law is a complete scam and renaming diseases because the vaccines aren’t working is blatant fraud."
Example
"Health officials convinced the Chinese to rename the bulk of their POLIO cases Guillaine Barre Syndrome (GBS).A STUDY found that the new disorder (Chinese Paralytic Syndrome) and the GBS was REALLY POLIO. After mass vaccination in 1971, reports of polio went down but GBS increased about 10 fold…….In the WHO polio vaccine eradication in the Americas, there were 930 cases of paralytic disease—all called polio. Five years later, at the end of the campaign, roughly 2000 cases of paralytic disease occurred—but only 6 of them were called polio. The rate of paralytic disease doubled, but the disease definition changed so drastically that hardly any of it was called polio any more.”

"Polio has not been eradicated by vaccination, it is lurking behind a redefinition and new diagnostic names like viral or aseptic meningitis. When the first, injectible polio vaccine was tested on some 1.8 million children in the United States in 1954, within 9 days there was huge epidemic of paralytic polio in the vaccinated and some of their parents and other contacts. The US Surgeon General discontinued the trial for 2 weeks." Doctor Viera Scheibner PhD

Dr. Salk made this statement in Science magazine:

“The live polio virus vaccine has been the predominant cause of domestically arising cases of paralytic poliomyelitis in the United States since 1972. To avoid the occurrence of such cases, it would be necessary to discontinue the routine use of live polio vaccine.”—Dr. Jonas Salk, Science, April 4, 1977. 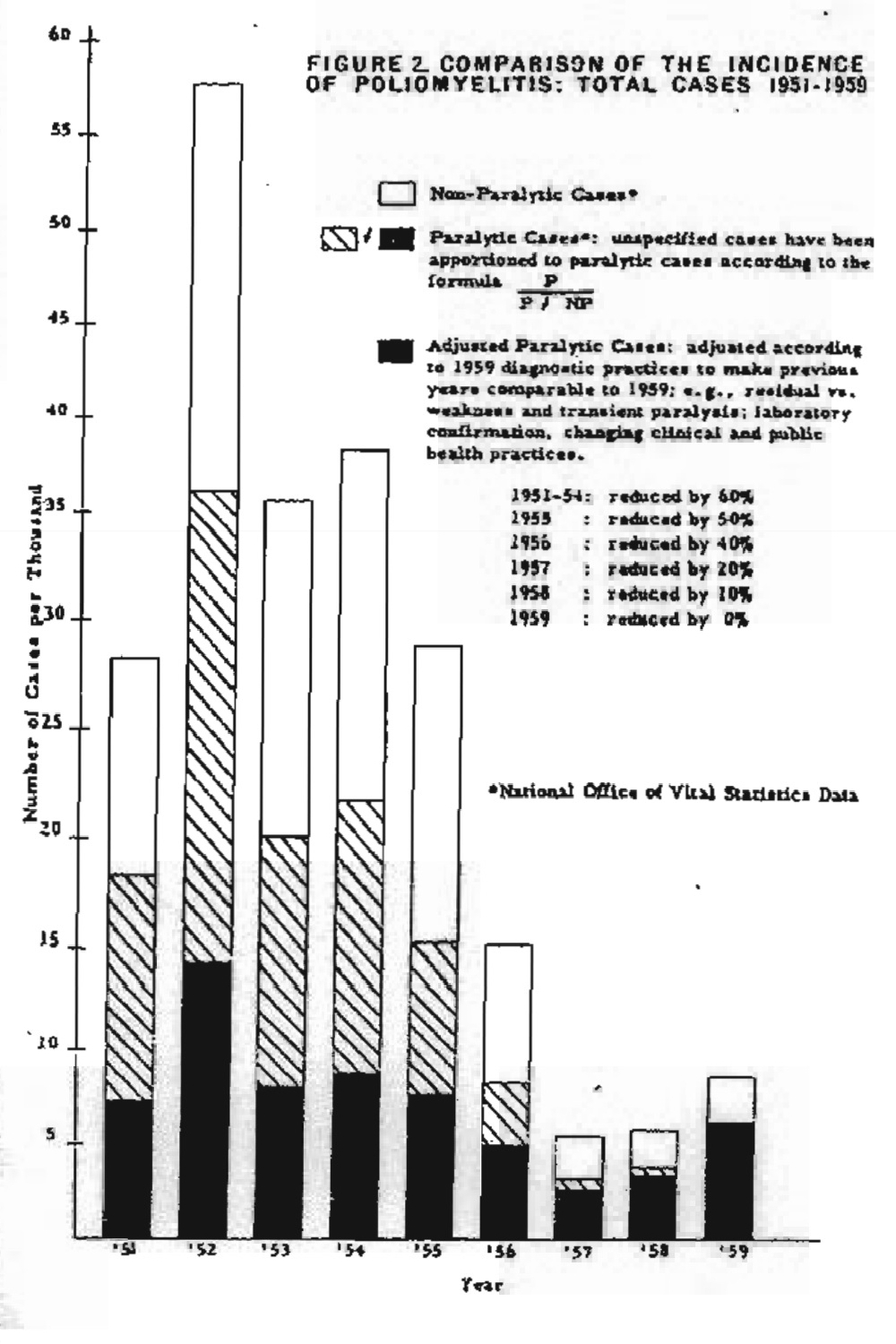 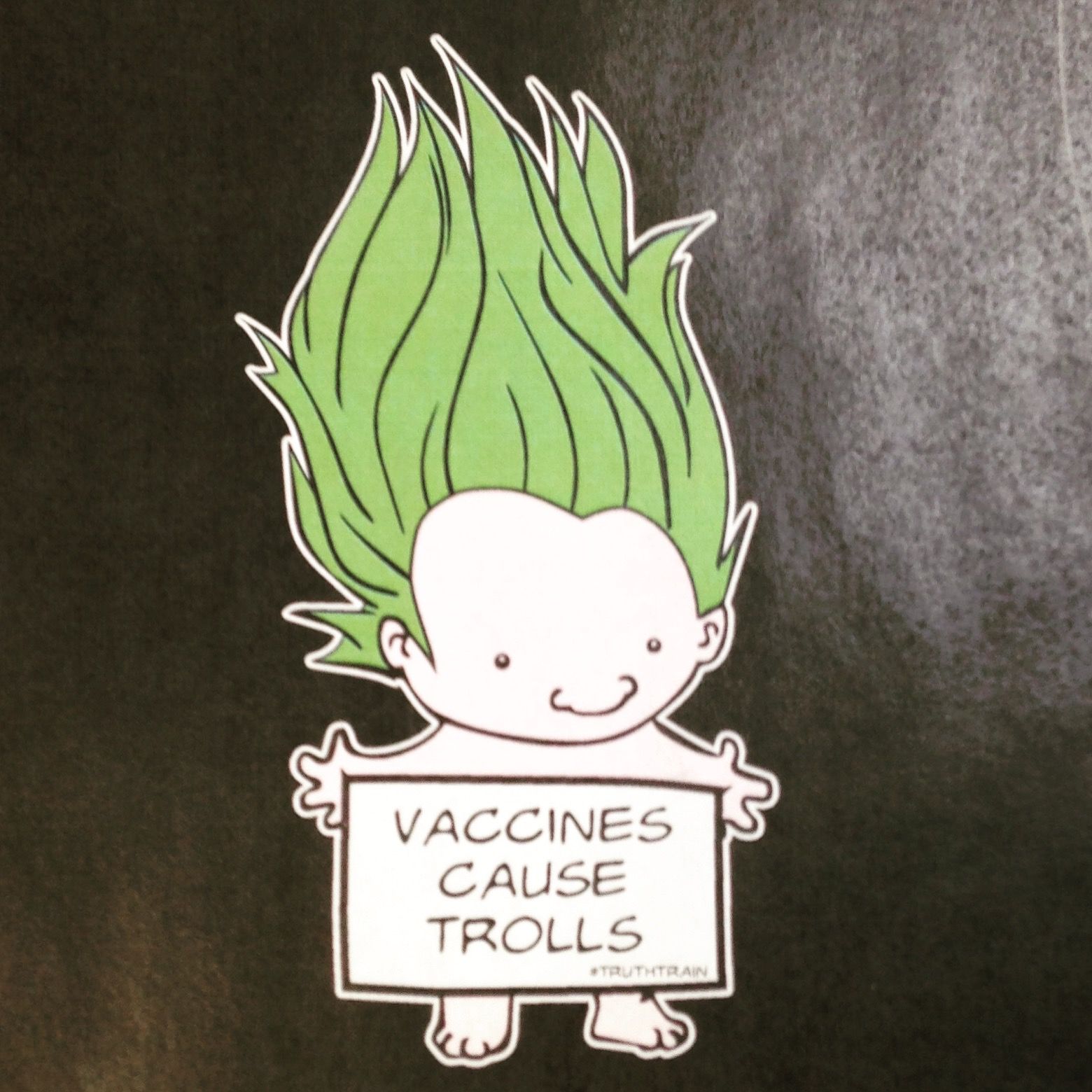 Guess who profits off calling it a virus ?

So then they inject you with more poison

Tetanus ?
The vaccine's "active" ingredient is the poison which is made by the bacteria. Antibodies against poison do not constitute an immunization.

Wow that is a thought !

Wound hygiene is essential, general good health is protective and vaccination is worthless.

I work everyday with viruses. Their is a huge difference between a virus and a poison. If you work with you can understand thatvthey are not related. As for tetanus their is not a vaccine its called toxoid. A bacterial toxines that have been modified using chemicals. Cloatridium tetani its an anaerobic bacteria. Its impossible to kill all bacteria in a wound just with an desinfecting agent. If desifecting ia enough than open surgery can be done in open or in the garden without sterile plastic glows. All your statment are false. Be careful, what you say today can be used agains you tomorrow.

Polio is not a joke. We have it in 1996 and believe me we where in good sanitary condition. 256 people got infected, 16 died and many other got paralyzed including father of my best friend. He survived and lived paralyzed until recently. Polio its a terrible disease. I have seen consequence of this illness and its terrible. After mass Introduction of polio vaccine we haven't seen any case since.

How do you diagnose polio ?