🎬 Steemy EP. 46: How to Create and Follow a Curation Trail with SteemAuto

View this post on Hive: 🎬 Steemy EP. 46: How to Create and Follow a Curation Trail with SteemAuto

I have moved all my content away from the now centralized and controlled Steem blockchain to the decentralized Hive blockchain.

This post seems to be scamming your video.
https://steemit.com/steemit/@tisko/steemy-ep-46-how-to-create-and-follow-a-curation-trail-with-steemauto

Thank you for the info, this person has specialized itself to impersonate me. Even calls himself as my YouTube channel and uses my Steemy as a banner.

You're welcome. I think this has a few related account. I'm still checking on the other but I wrote about the first one I came across in my last post.

Yes he also uses @hassanbenali. I have demoneytized all pending posts on both accounts. This guy steals from everybody and posts in any language he can find.

You can demonetize someone on steemit??? I tought it's freedom of speech aka decentralized platform ;p

It IS freedom of speech and unmutable (at least by others). The data is impossible to hide for others. On one can stop information from being spread.

Demonitization is also the wrong word because according to the code the money number next to the post is entirely hypothetical and does not belong to you until the point of payout.

People who downvote loose the equal power for upvoting. It is their right as shareholders to decide whether they disagree on the amoun of payout.

The argument, that a big company or even government could buy into Steem to censor a post is also false, because they will drive up the price while doing so and create a MASSIV attention for that post in no time. The downvoted user would become the highlight of the platform and earn more money from others for being opposed. If I have learned anything in 16 months on Steem it is that the community is pretty tight.

It is also pretty much a direct way to fight abuse, bots and spam.

This has nothing to do with decentralization, something that is given with the witness system and the Delegated Proof of Stake.

Excellent. I also checked on that yesterday and suspended before I sleep.

I have to tell you, you really master it, and I'm not talking only about this post but the whole series and your posts in general.
I know that at the beginning you have spent almost the whole day on Steemit and I don't know how much time per day you spend now, but it seems I will have to start to learn from you! 😉😊

Thank you so much. I have changed my strategy a lot in the past two months. I will write about it for sure sooner or later.

Doesn't this defeat the purpose of curation? If you automatically upvote stuff you didn't read and even may consider bad? .. This just makes you a bot imo.

That is 100% correct except for me still being smarter than the bot and therefore being able to judge what contributions are worth more. I use my proof of stake to upvote these posts. People who have stake but no time or interest for curating are often happy to follow trails. If you find this bizarre you should check out what the majority of 2016 accounts are doing. The Steem blockchain is a huge automated vote network. It is just how it is. I am using this power for good. If you prefer to upvote yourself even better. Than you are one of those who bring more value to the platform than others. :)

By the way, I am planning to make this a community feature to choose the daily winners. I am not quite sure yet how to implement that.

Wow, I feel like the guy who finds out about the party the weekend after it happened! :-) I'm a 2016 account and have only just looked into this, so thanks for this post. I'll use this, but I still want to use my vote and more importantly my comments on worthwhile content.

Votes are great, but comments are golden :-D

I have created a creation trail forUtopian projects: Hey @flauwy I am @utopian-io. I have just upvoted you at 7% Power!

Congratulations @flauwy! You have completed some achievement on Steemit and have been rewarded with new badge(s) : 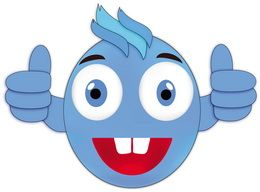 I am happy that I have the chance to follow you and read such an informative and useful posts. Thanks. I will keep following you to my success.