livsky (40)in #untalented • 2 years ago
The Final Mission 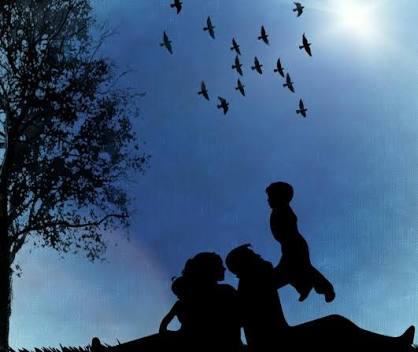 Rob is a very loving father to his son, Mazi. He is a faithfull man to his lovable wife, Sofia. He loves his family so much. He cannot live without them.

Sofia prepares and cooks for their breakfast. She loves to feed Rob. Obviously, she is so in love with him.

Rob wakes up, he walks through the veranda and light a cigarette. He always feels tired and restless. He is thinking of his family, he knows that he needs to finish the machine invention quickly. He is very worried and upset. He looks at his wife washing dishes in the kitchen, she is very beautiful. He thank God for giving him a very supportive wife.

Rob is building a machine to produce a nuclear weapon. Sofia does not know that Rob is a member of a terrorist group. He keeps this secret for how many years. Rob has only little time to finish the machine or the group will kill his family. He knows that they must not indulge themselves into serious relationship but he fell in love with Sofia. They had a pact that they are not born to love and be love. They are hired and paid to kill people.

Rob needs more days to build the machine. He is nearly finish. He just needs some more electric wirings to connect some parts to the main switch. And he will deliver it immediately to the group.

Rob bids farewell to Sofia and to his son, he needs couple of days to complete his mission. He drives his Ford going to Mawawi. He will meet the team there.

The terrorist group has the control of the entire drone of Mawawi. He is trained by this group to handle ammunitions and ammo. He is also trained in an extensive karate combat. Hence, he is one of the best fighters of the group.

This is his last mission. After this mission he will retire.

Rob arrived in Mawawi early in the morning. The group is already waiting for him in the firing ground. They unloaded the machine and do the installation. All is ready, they will do the test in thirty (30) minutes.

They already switch on the machine. The sample weapon is initializing to go. The leader press the button and the actual test is successful. Everybody is cheering and chanting. He accomplished his mission.

He is very excited to come home. He misses his family so much. He wants to hug and kiss his wife. He likes to cuddle his son. He can start a new and better life with them.

As he arrives in the vicinity of their house, siren of fire and ambulance is surrounding the area. This outrageous scene makes him schock. His family is burning on fire inside their house.He cannot do anything. He cannot save his family.

His wife and baby died. He grieves and mourns for the lost of his family. He knows who have done this to them. He knows they carefully plan to kill his wife and daughter.

He is weeping. He is bleeding inside. All things has been taken away from him. How can he live his life now? How can he start his new beginning without them? How can he find hope? His "life", his family, is dead.

Into the grave, he silently whisper his prayer. He sends his love and kisses to his wife and baby. He waves his goodbye. 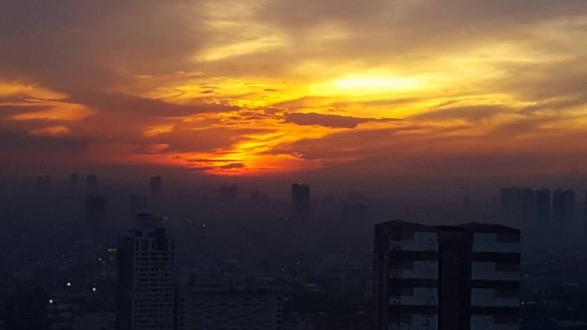 He clenches his fists. As he look unto the golden glittering sky, he makes a promise. An eye for an eye, a tooth for a tooth - he will make his revenge and vengeance. He believes justice is in his hands. This is his new and final mission...

Thank you to the father of Ohana, @maverickinvictus, for this Mav Photo Fiction Contest.

And thank you to @steemitfamilyph for all the support. You are all awesome.

Everything was smooth and easy going then you gave me a right hook with what he was building and plan. Boom!

No wonder we get along well. We have similar interest with dark and broken plots. Haha this is one great post!

Maraming salamat twinny sissy... thanks for mentoring as well... hugs 🤗 🤗🤗

Act24:15 And I have hope toward God, which hope these men also look forward to, that there is going to be a resurrection of both the righteous and the unrighteous.
It's good to know that there is hope for a dead loved ones.. When the kingdom of God comes..