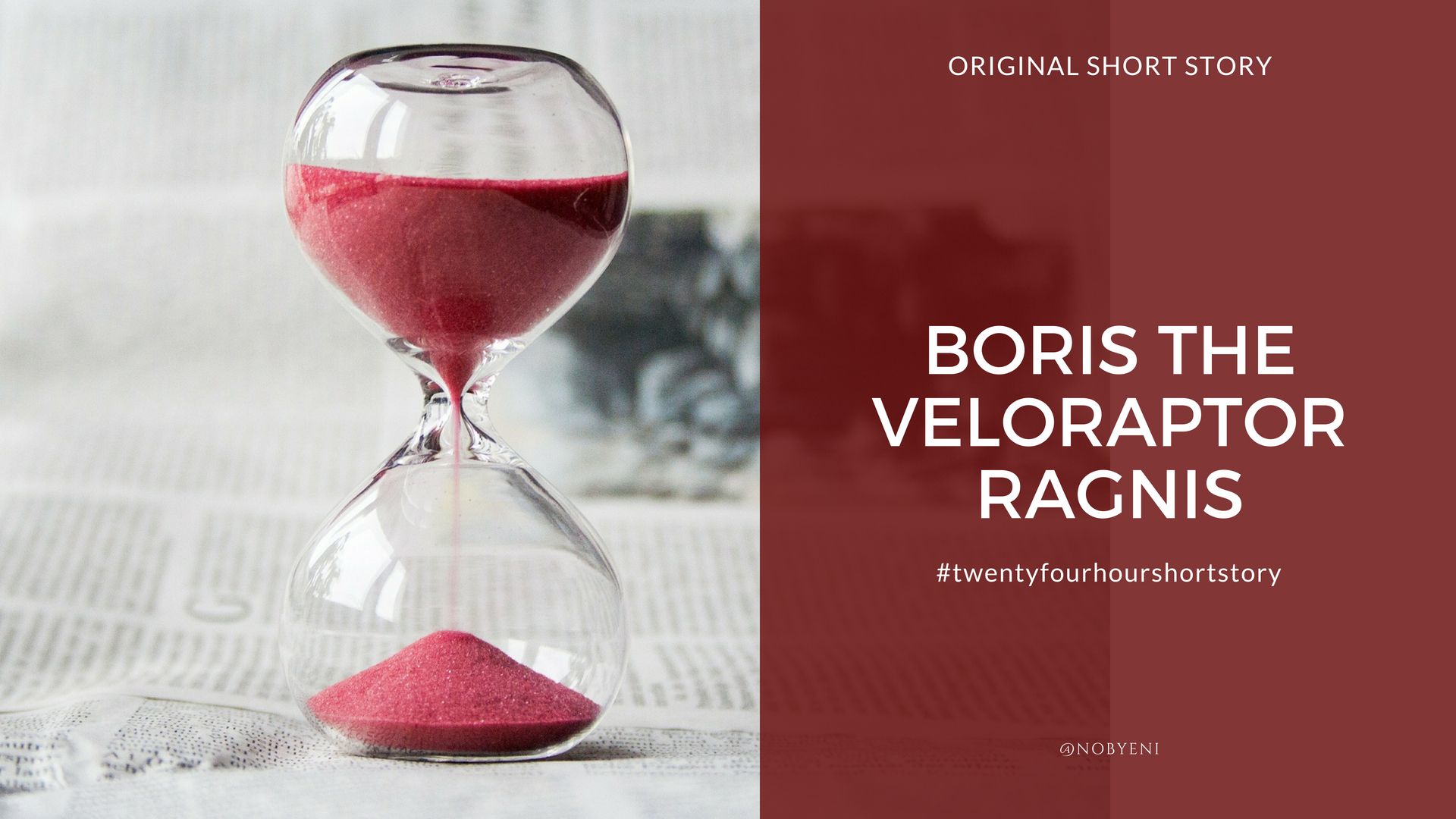 He checked his phone again. Still no messages. Gerard was supposed to have contacted him already. Boris picked up the newspaper and read the ad again. “If you have the credit. We have the time travel.” Was it too cryptic? Boris shook his head. It was nothing compared to the riddle Gerard had given him. It had taken him almost 70 million years to solve that one. In comparison his short ad was as clear as the water on this planet.

He was starting to get restless. At least when he had figured out the answer to his riddle, he came as soon as he could. Which wasn’t easy at all. Not for a Veloraptor Ragnis. All direct connections with Earth had ceased ever since humans took over. It wasn’t safe for dinosaurs anymore. Yet still he had come. That was what love meant. At least, for him.

And why wouldn’t Gerard get in touch? Earth was boring. He hadn’t seen much, but whatever little he saw of it made him shiver. Areas as big as Hjusli filled with nothing but humans! Making an incredibly amount of noise, on a rhythm that didn’t seem to follow any logic.

Thankfully he had managed to book two seats on the next transport. It wasn’t easy to find space on such short notice, especially for creatures their size. But he had managed to find a cargo ship that would return home in 72 hours, empty after dumping carbon-dioxide on Earth. Probably they didn’t mind the extra cash coming in, as they hadn’t made a fuss when he mentioned his size.

Would Gerard still be the same raptor he had fallen in love with, so many millions of years ago? What would Gerard look like now? He’d probably taken on a human look in order to blend in easily. Of course he wouldn’t hold that against him, Gerard was free to make his own decisions.

Boris had been here only two days, but hiding as a raptor had proven to be rather difficult. He already had to kill two people who started screaming when they saw his tail coming out of the abandoned building he used as his hiding place. He wished he had had more time to prepare for his trip. But he didn’t want to waste anymore precious time with changing bodies, when he could be on his way to Gerard.

The screen of his phone lit up. Boris swiped to unlock his phone and saw it was the message he was waiting for. “Go away. You don’t belong here. I tried to tell you before, but I don’t love you. Gerard.”

Boris sighed. He was so happy! Gerard hadn’t changed a bit. No matter how many millions of years passed, no matter how many universes he would have to cross, there were two things that never changed. Gerard’s sense of humour and their love.

This story was written for the #twentyfourhourshortstory contest organised by @mctiller. A nice concept: write as if you are writing in the window of a store, and a passersby gives you a prompt. It brings about a new part of me, as a writer, I have only recently started to discover. Don't ask me where I get these crazy stories from. Just give me a new prompt already!

He he very funny! I would never have thought of that angle - very inventive! Feel free to check out my response if you have the time. I love reading other people's responses - it's crazy how different they all are! It reminds me of prisms - turn it another way and you get a different angle of light.

Glad you enjoyed the story. And you're right. It's a nice entrance into other people's minds. Super interesting how we're all wired differently.

This post has been selected for curation by @gmuxx and has been upvoted with the @msp-curation account, and will be featured in @GMuxx's weekly fiction curation post. It will also be considered for the official @minnowsupport community curation post and if selected will be resteemed from the main account. Feel free to join us in the Minnow Support Palnet Discord!.

I love this! The theme, the irony, the characters - you remind me in a good way of THE GIFT OF MAGI by O. Henry.