Will the weather hold out for the eclipse? 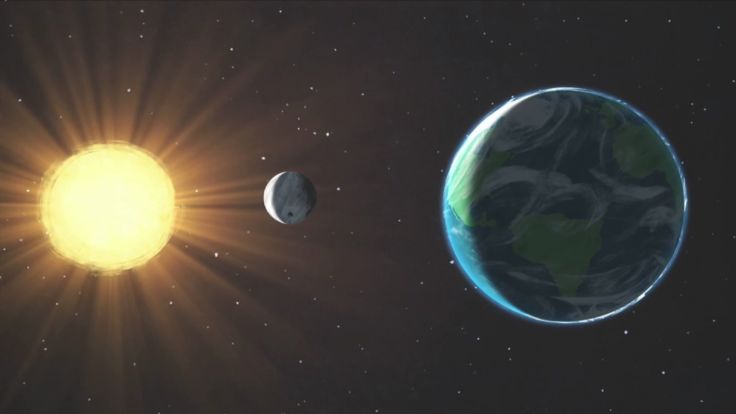 On Monday 21 August a solar eclipse is due for those directly in the Moon's shadow on Earth.

It's a rare event that was last visible in the UK in March 2015. It wasn't a total eclipse for the UK then, but it was across the North Atlantic including the Faroe Islands.

A solar eclipse is when the Moon passes between Earth and the Sun, and when it completely covers the Sun it is known as a total solar eclipse.

:: Everything you need to know about US eclipse

On Monday, several US states are likely to see this happen, whereas the rest of the world may still witness a partial eclipse.

Two-thirds of the US population lives within one day's drive of the eclipse
The last time the US experienced a total solar eclipse was 38 years ago. This one is being named the Great American Eclipse 2017.

According to experts, you need to be in the path of totality to be able to view the eclipse and that path is quite thin.

It is due to cross the US from west to east, passing through parts of the following 14 states: Oregon, Idaho, Wyoming, Montana, Nebraska, Iowa, Kansas, Missouri, Illinois, Kentucky, Tennessee, Georgia, and North and South Carolina.

Nice Post . Bro I am Your Follower From Technical Tech Group Pls Follow Me & Up Vote Tq...

Congratulations @treadingnews! You have received a personal award!