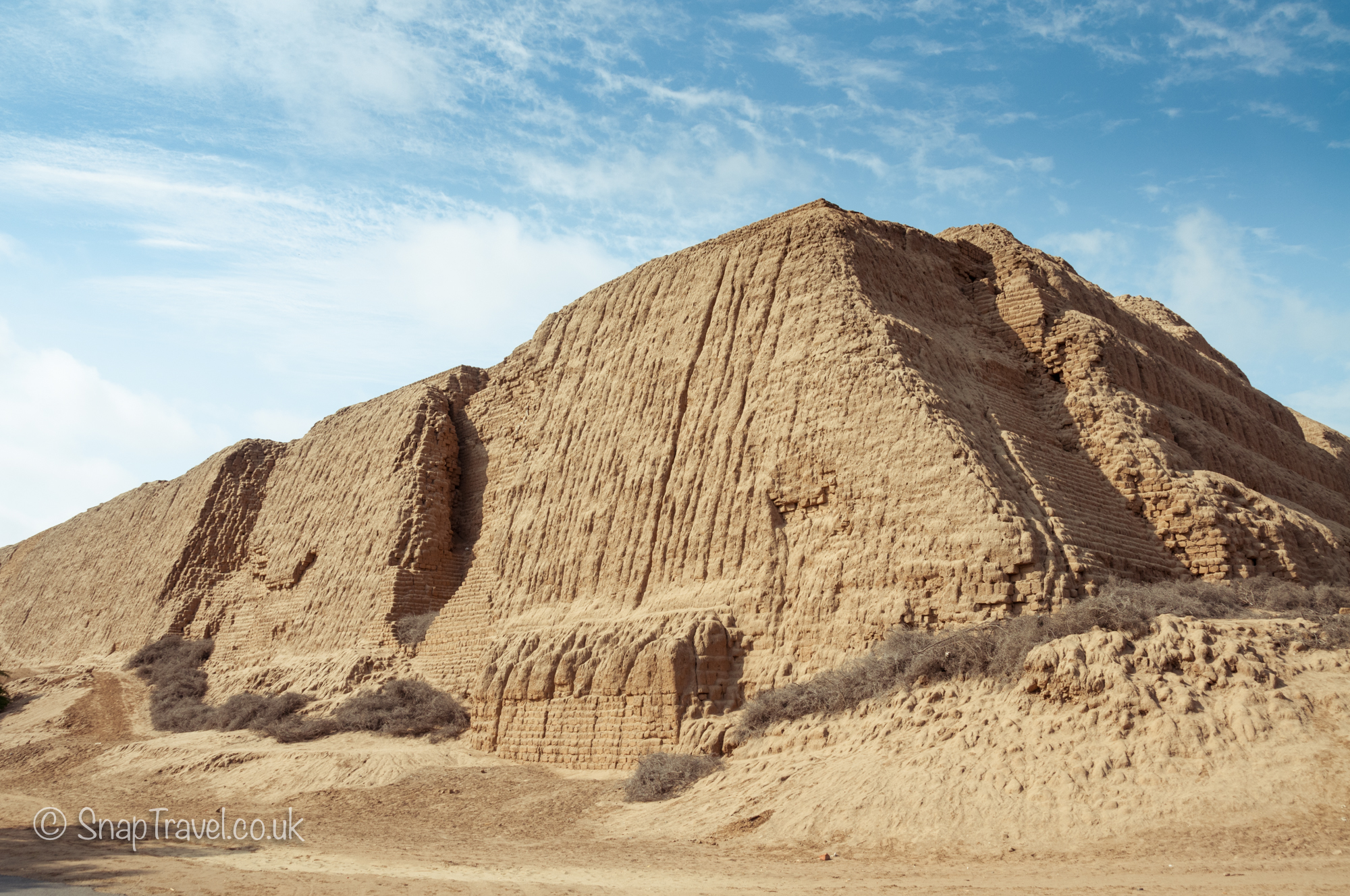 These two adobe temples were built by the Moche (or Mochica) culture that were prominent in Peru from around 200BC-600AD. This site is older than the nearby ruins of Chan Chan and was thought to be the capital of the Moche civilisation. Both these temples were of great administrative and ceremonial importance to the Moche. They were used for burials and even human sacrifices, with bodies being flung from the top of the temple. The temple of the sun, the larger of the two, is a pyramid-like structure, and when completed it was the largest pre-Hispanic building in the Americas.

Both temples have suffered at the hands of looters over the years. The Sun Temple in particular, which contained burials with many gold artefacts, was badly damaged in the 17th century, when colonists rerouted the river Moche to undermine it. Sadly, about two-thirds of the building were completely destroyed. If you bear this in mind when viewing the temple, you realise what a truly huge structure it must once have been. 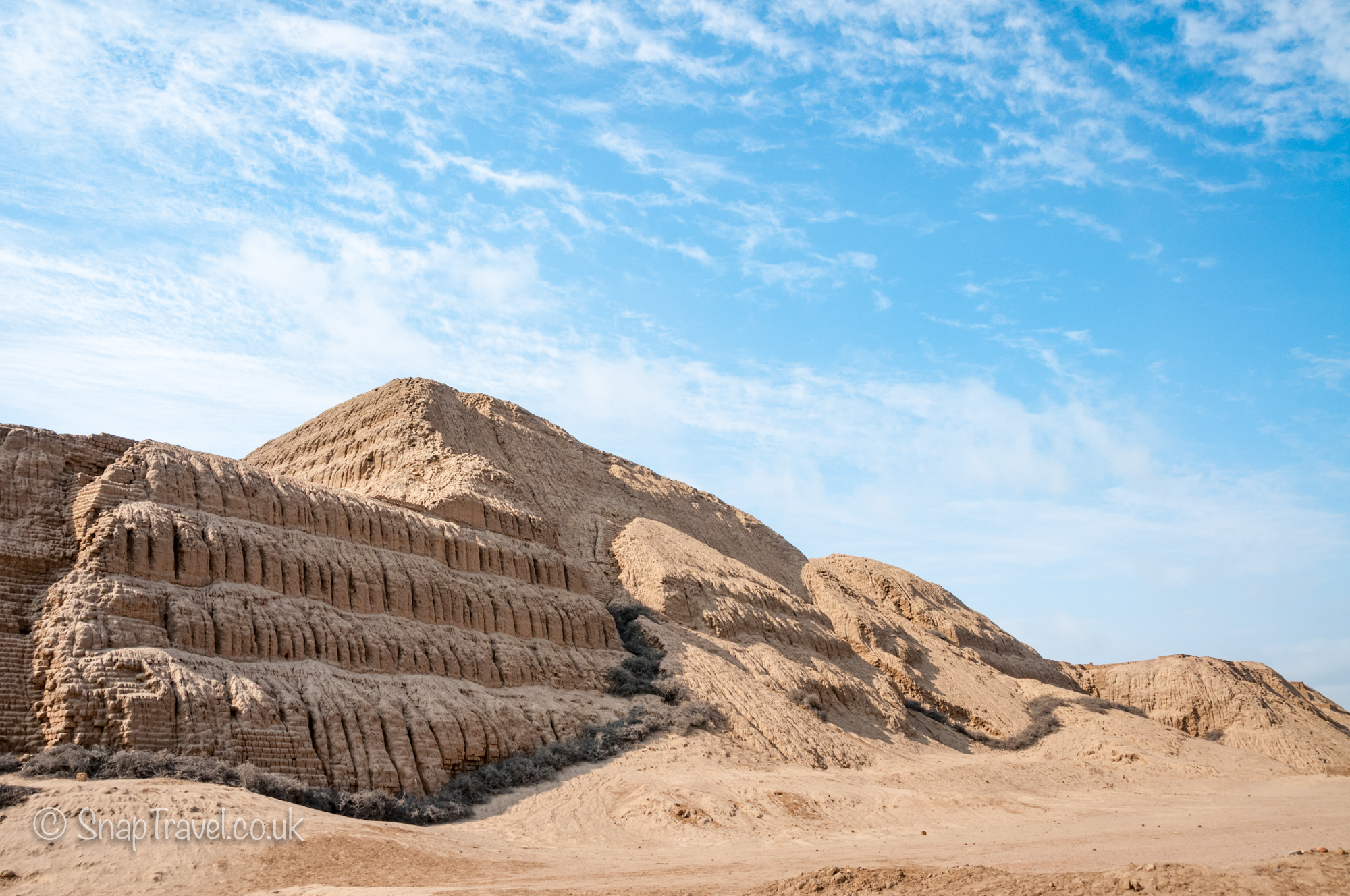 Getting There And Seeing The Temples.


The Temples are four kilometres (two-and-a-half miles) south of Trujillo in the La Libertad region of Peru. They can be reached by taxi in about fifteen minutes for a fare of less than fifteen Soles, depending on your negotiating skills.

English, and Spanish-speaking guides are included in the ticket price, and make the experience more enjoyable with plenty of interesting facts; Such as the names, Temple of the Sun And The Moon, being completely inaccurate. The Moche worshipped neither the sun nor the moon. They were given these names at a much later date.

It’s the so called "Moon" temple that you're guided around, you cannot get into the other "Sun" temple. This is the smaller of the two, but apparently the more important. It sits at the base of a mountain called Cerro Blanco and is made up of three main platforms. Interestingly, it’s actually five buildings built on top of each other over many hundreds of years. There are many interesting and beautiful carvings and paintings to see. And don’t forget to ask your guide about the gruesome human sacrifices that took place here. It’s chilling stuff. 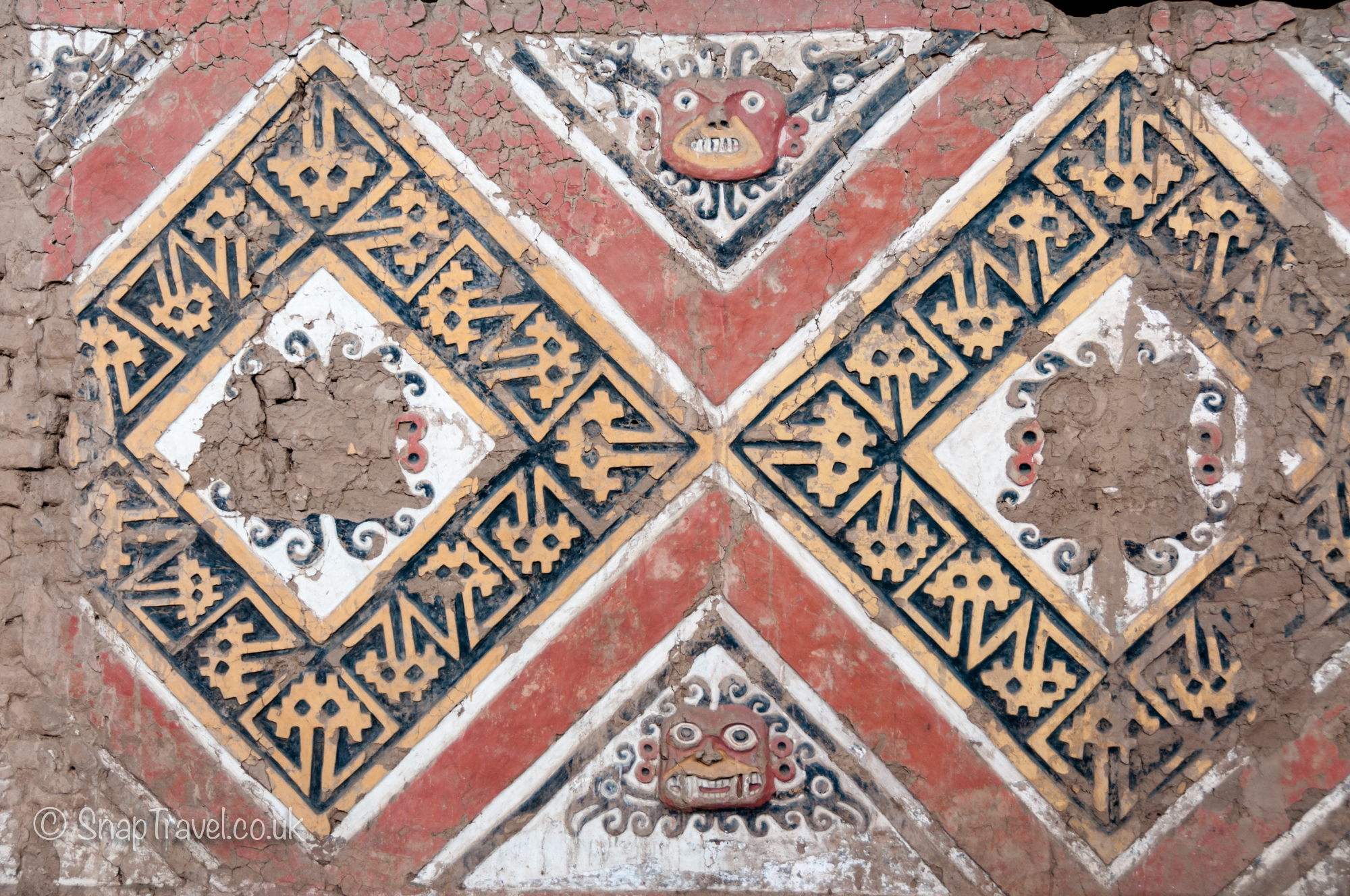 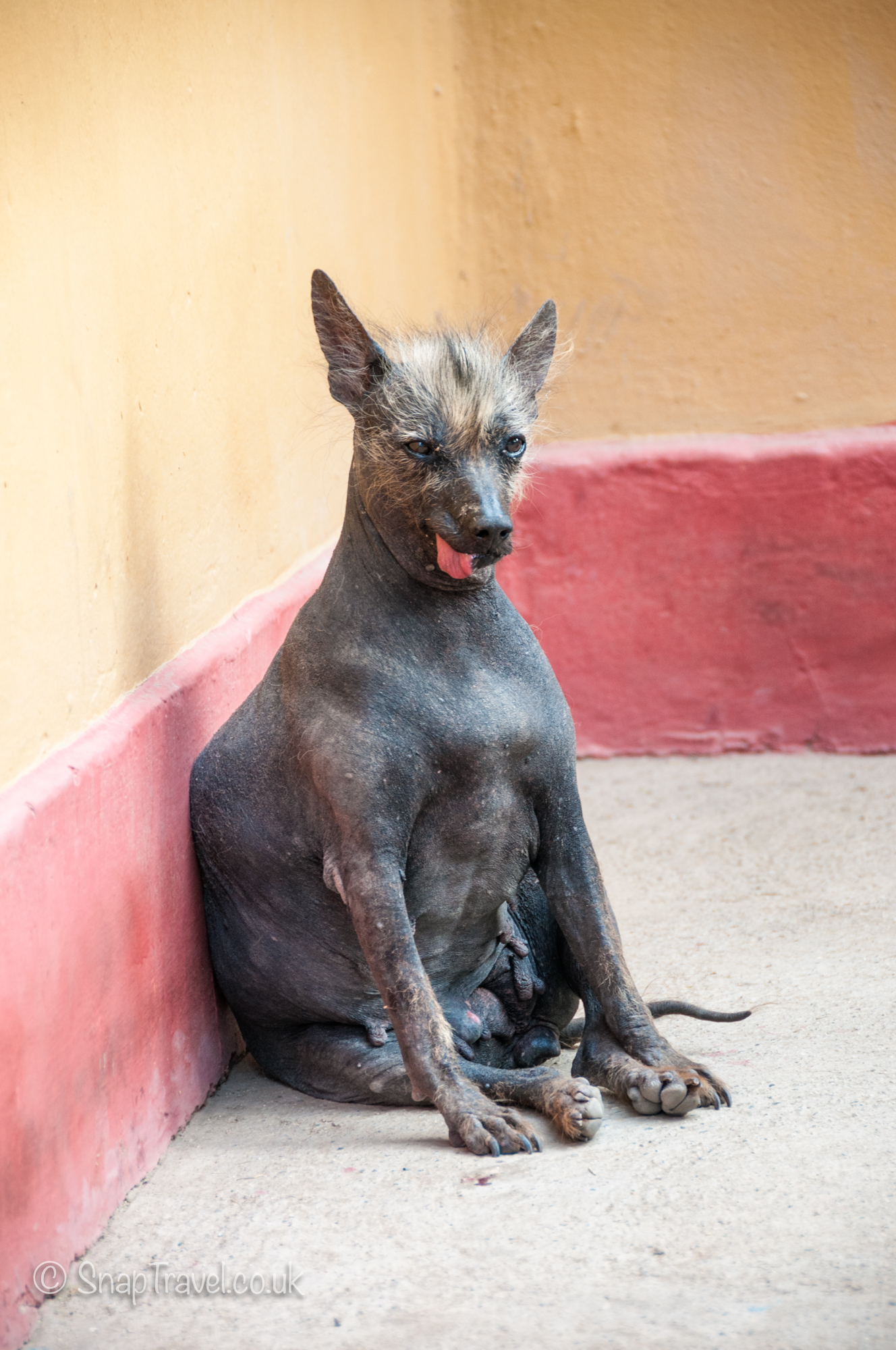 
As we walked towards the temples, I encountered a few Peruvian Hairless Dogs, sometimes called Inca Dogs. These dogs can be found at many ruins and tourist attractions throughout Peru. You’d be forgiven for thinking you were seeing some poor, neglected, mange ridden creature, the first time you see one of these dogs. But don’t worry, they're supposed to look like that. They are highly intelligent animals, far smarter than the average dog, apparently. Because of this, they can be difficult to keep as pets. They find simple games such as fetch boring. I wonder what sort of games they prefer? A few hands of poker maybe? Once you’ve finished looking around the temples, you can go for a spot of lunch at one of the nearby restaurants. There are several to choose from just a short walk further along the road. Some even have pools, so don’t forget to bring your swimming suit if you fancy a quick dip.

Poker dogs. Lol. I didn't get to this location during our Peru visit. I wonder if the sun/moon monikers were assumed based on the Mexican ruins? I think they had sun/moon pyramids (at least they do at one location I have been to in Mexico). Great photos. Thanks for sharing.

Thank you. I was thinking of that funny old painting with the dogs playing cards. Something about the expression on that dogs face made me think of him sat at that table holding a seven and a two.

I'm not sure of the exact reason for the sun and moon name. You could be right about a mixup with the Mexican cultures. My guess was, they confused the Moche civilisation with the later Inca civilisation, for whom the sun was very important.