ANTWERP: THE CITY OF ART / BEST PLACES FOR TRAVELERS

My name is Alex and i live in Antwerp, a beautiful city with a lot of culture, food and pleasure!
I want to show you what you can visit in Antwerp, here are the places:

The 2nd largest church in the world! 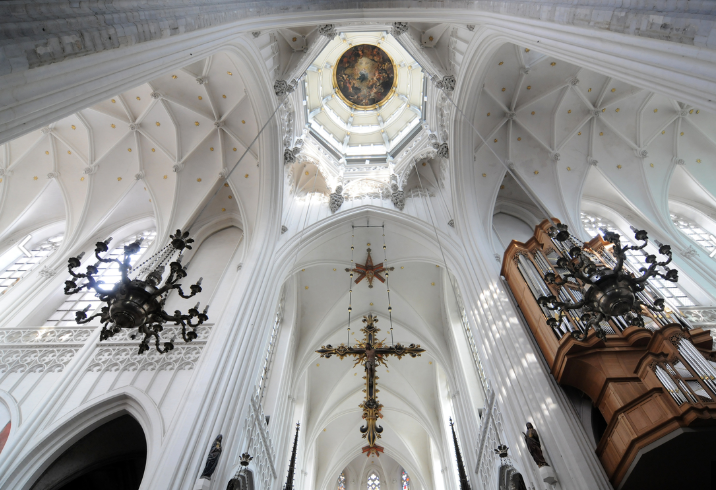 A theater place in Antwerp.

"HET MAS" is more than a museum. It is an impressive warehouse in the middle of the bustling 'Het Eilandje' district. A promenade with meters-high glass windows leads you 60 meters high. On every floor you will be waiting for a new story about Antwerp, the river, the harbor and the world. The collection of 500,000 museum pieces gives you a refreshing look at the city and its centuries-long contacts with the world in permanent and changing exhibitions. And all the way up, on the 10th floor you can enjoy a 360 degree panoramic view of the city, the harbor and the river. In Belgium, each judicial district has its own courthouse, where the court sits. The most famous courthouse in Belgium is the Justice Palace of Brussels. Also striking is the courthouse of Antwerp, which is also called the Butterfly Palace because of the special roof construction In 2004, the city council signed a long-term lease with a project developer for the reconstruction of the banquet hall. The works started that same year. On 25 October 2007, the completely renovated Stadsfeestzaal opened its doors again for the general public, this time as a luxurious shopping center. The glass dome with gold leaf, the staircase hall, the original decorations, sculptures, mosaics, wall reliefs and oak parquet floor were faithfully rebuilt on the original under the control of monumental care. The marble in the large room comes from the same quarry as the originally placed marble of the room.

In addition to the shopping center, 40 apartments were also provided and an underground garage with space for 268 cars. 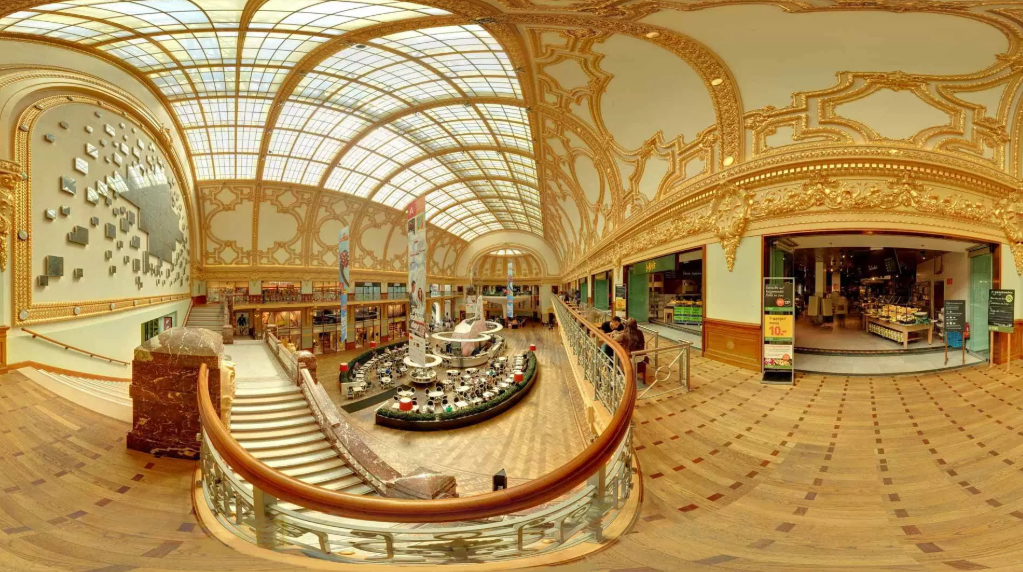 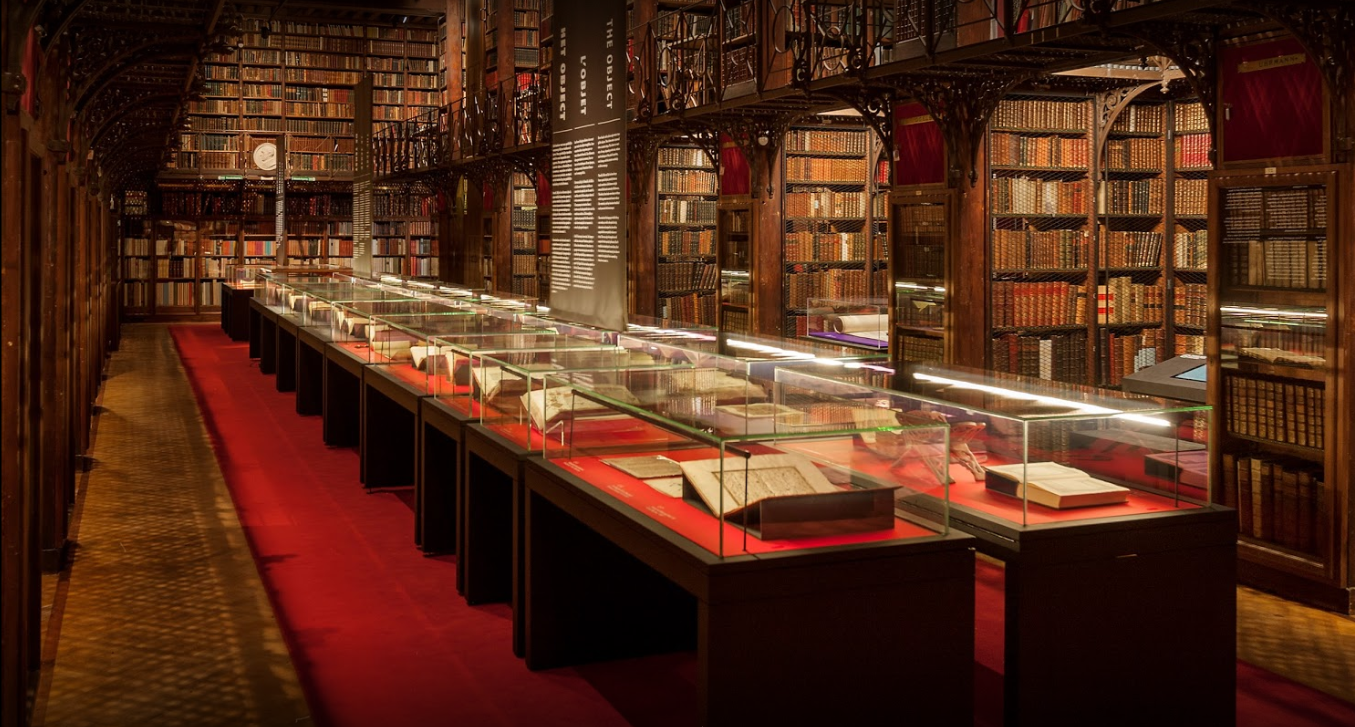 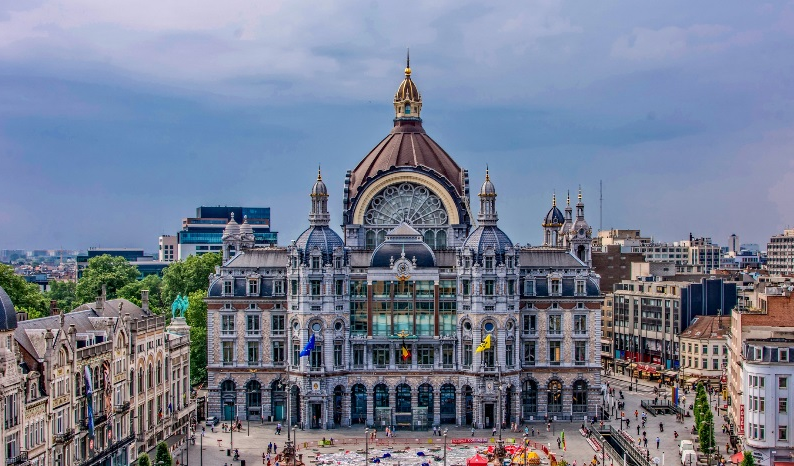 Inside the Antwerp train station: 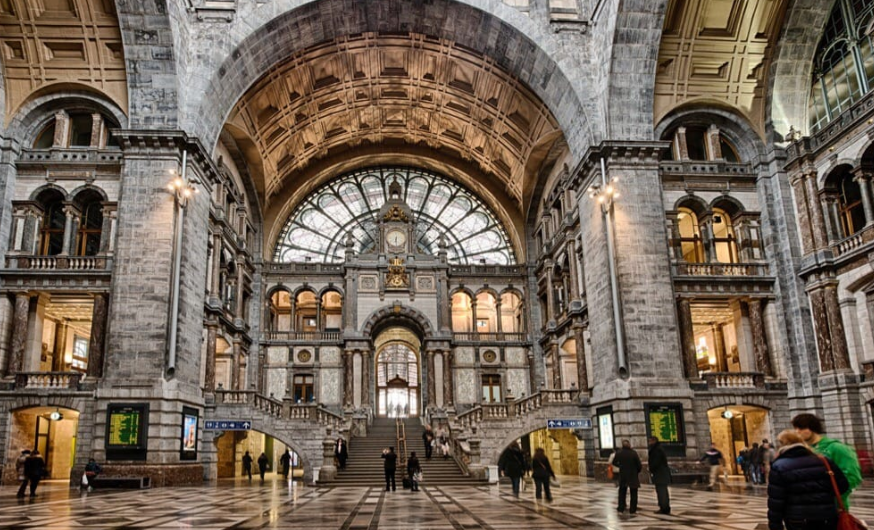 is a monumental building in art-deco style in the center of Antwerp. When the big project was completed in 1931, it was the first skyscraper in Europe. [1] The tower was 87.5 meters high and was the highest skyscraper in Europe, in Antwerp only the Cathedral of Our Lady is higher. The tower building got its (spot) name because of the involvement of the then Belgian Farmers' Union that the project developer, the Algemeene Bankvereeniging, controlled. The Boerentoren received, by Royal Decree, on 17 July 1981 the status of 'protected monument'. 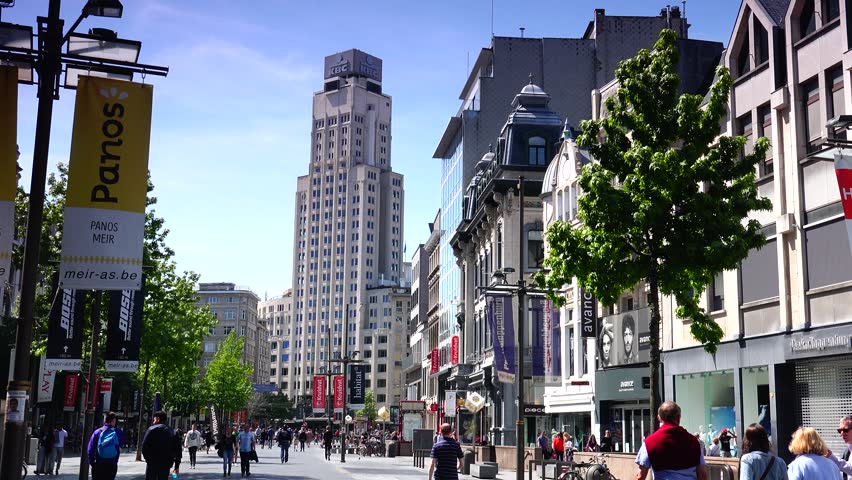 The new Port House, a combination of an old protected one, in 1922 architect Emiel Van Averbeke built fire station and a new building around and above this building, stands at the Siberiastraat or Kaai 63 at the northern head of the Kattendijkdok. It is the successor of the old Port House on the Entrepotkaai 1. The new building has been the workplace for 500 employees since September 2016. 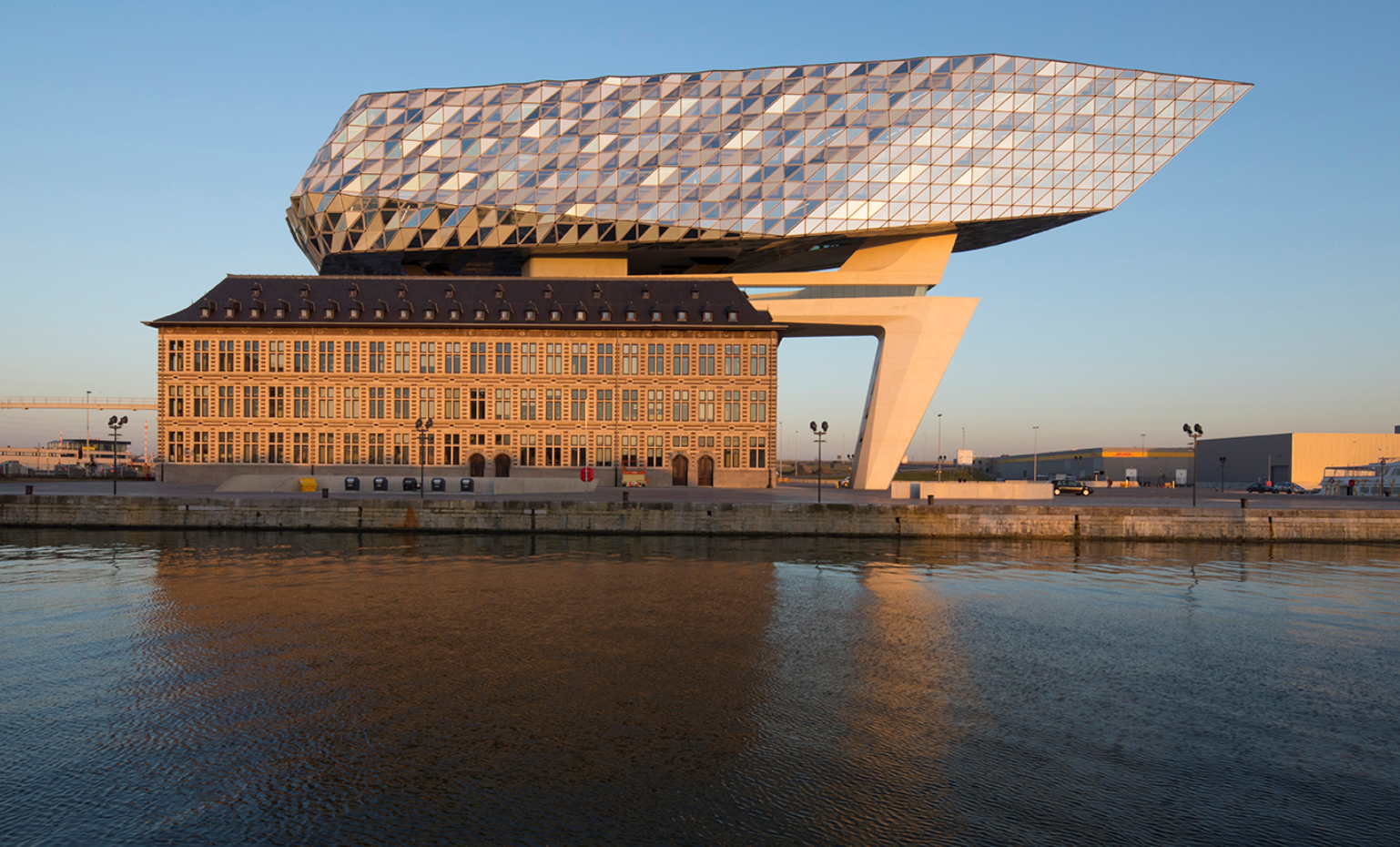 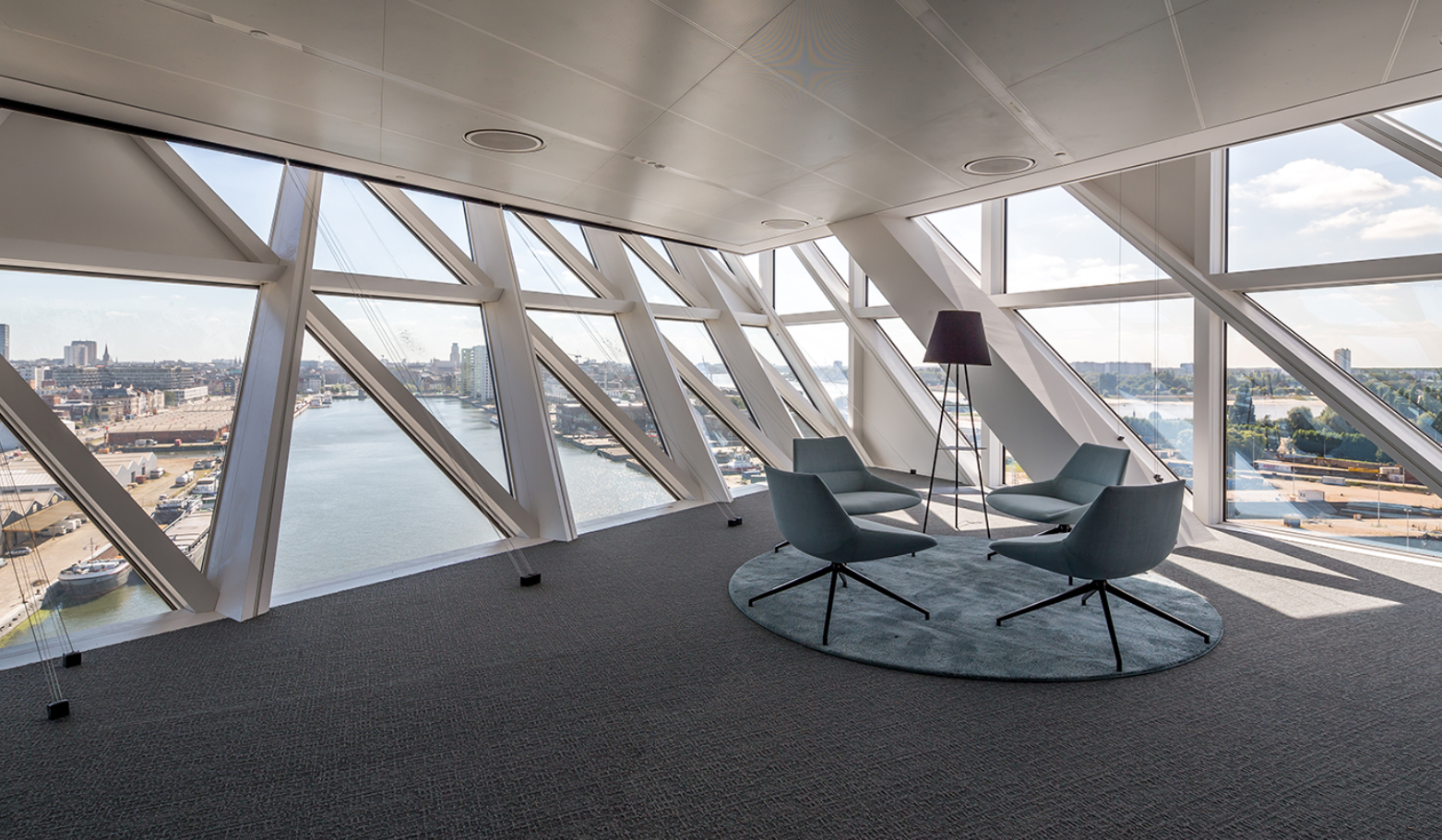 I hope I have given you some more information about Antwerp. Hello @gentstudent, Nice to meet you!

Regards from the Parking ;)

Someday ill be able to visit one of those places

do it because it is an amazing place!

Upvote & Follow! Did not know that Antwerp is that beautiful... need to visit from Germany! Best wishes

amezing place i have ever seen.
i really saying that.
you also described about art and this place.
Thanks for your great information

I was held with a bunch of DeadHeads in 1990 at the train station for 17 hour hell interrogation. (over dumb train tickets) They finally decided to let us go... Thanks for making it seem not such a dismal town... Nice pics and descrips!

Wow, Great architecture design. I wish i can visit there someday! :D

do it! antwerp is amazing!

I've been a couple times, i like the city and also his people. Always good place even for get some food. The train station is really great, museums, Ruben's, what about Brabo.
Read your post makes me remember good times.

For a total calculated bidbot upvote value of $179 STU, $315 USD before curation, with approx. $45 USD curation being earned by the bidbots.

This information is being presented in the interest of transparency on our platform @gentstudent and is by no means a judgement of your work.

Your country has many beautiful architecture too. I'm from vietnam. Have a chance to visit :d

It's a wonderful place.
I am so envious of you living in such a place. I have to put it on my travel list.

Oh Alex! Your city, Antwerp is great! Thank you so much for nice photos.

This post has received a 5.19 % upvote from @booster thanks to: @gentstudent.

I have been to Brussels and Bruges. maybe I will make it to Antwerp someday. Nice Photos.

Lovely, the city is filled with full combination of old and new.
I'll put this city in my bucket list. Many thanks,,,,

I like the photo's,
Het Havenhuis is that open for public? Sure like to take a closer look at it.
Also the Nottebohmzaal looks like it is worth a visit..

I am uploading a fantasy novel here:
https://steemit.com/@supernews
Please upvote if you would like to keep a upcoming steem blogger to keep going.