Best Trip Ever #1: Why you need to visit Cappadocia, Turkey right now 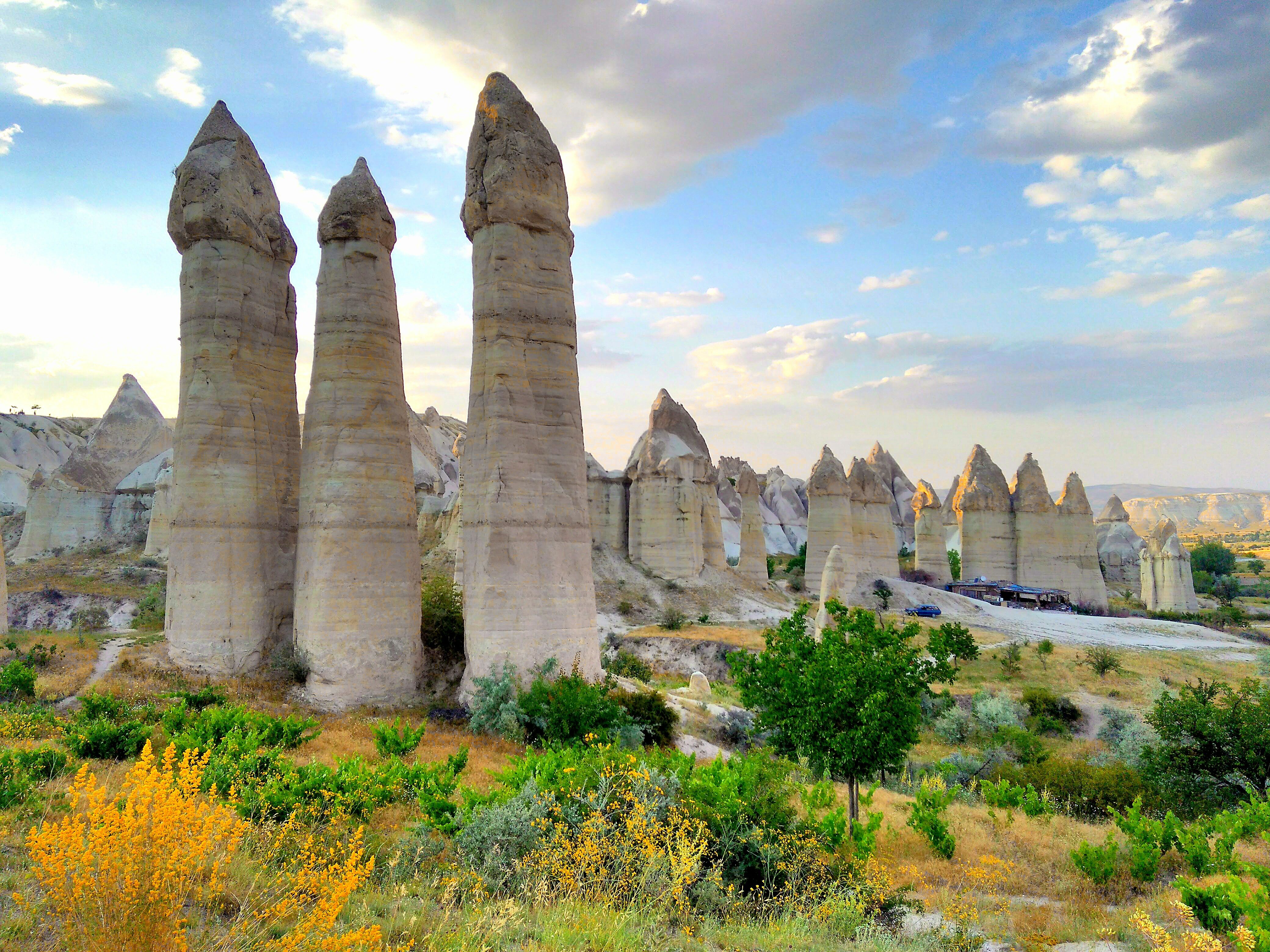 The main reason to visit Turkey is that none traveler and nature lover should miss visiting Cappadocia. It’s one of the most beautiful places I have ever seen and I have been to a lot of places. The reason why you should go right now is simple - it has never been cheaper due to the Turkish lira collapse recently.

My story is about Wonderland - a place called Cappadocia. If you like nature beauties more than concrete buildings and prefer staying in a hostel because you like to meet other people, rather than spending hundreds of dollars for having a pool, keep reading :). Seriously, I have never understood why people will pay for super expensive rooms while traveling. Aren't you traveling to see the things outside? Anyway, if you also like to travel and believe that better experience is not mandatorily connected to the amount of money you spend, you can find below tips and tricks how to have the best trip ever.

Good time to visit Cappadocia is April, May, June - the other acceptable months are the end of September and October. The problem with July and August is that it can be really hot. But this year the summer came late and in July was still cold in my country, which is a neighbor with Turkey. So I went to Cappadocia in the end of June and the beginning of July. There are two airports close to the main town Goreme, where you would like to go. Kayseri is the biggest one, but Nevshehir is closer, so pick that one of possible. You can choose to go with a bus like I did. It took me 12 hours from Istanbul. It’s rather a long ride, but I met a nice girl with her sister and her mom, and their illegally taken on the bus cat, and I really enjoyed my time. Turkish people are very nice and hospitable and they treated me with peaches and pears. So, traveling by bus receives extra points – I have never been given free fruits on an airplane :).

Arriving at Goreme you will be already speechless. It looks like that place is not on our planet (maybe it's on the planet of Steemians :)). The rock formations are incredible and you have a content to cover for at least a week, so don't hurry. The first day you will be woken up by unusual sound - air balloons flying all around you. What I and my partner in crime did was to chase the balloons every morning. They don't fly to the same direction, which is normal, as their movement I mainly related to the wind. So, follow the balloons and they will take you to the places you need to see. The nicest thing about Cappadocia is that you can pretty much walk to all of the places. If it is too hot during the day you can walk 6 to 10 am chasing the balloons and explore the area where they lead you. Sleep and explore more between 5 and 10pm. Find a nice place for the sunset and smile at the beauty all around you. There are a few places called Sunset points, but I wouldn't recommend you going there because it's full of people and you wouldn’t see much of the sun. Instead, head to any rocks which will give you some perspective and enjoy it in silence and peace. Must go places are:
Uchisar, Love valley, Red rose valley, Pigeon valley. You can walk to these ones easily. To Urgup, Ortahisar, Pasabaglari you can hitchhike or take a bus. To the underground cities, you need a bus. Go to Nevsehir first and you will find plenty of "dolmus" in your direction. Derinkuyu underground city is the better choice if you need to choose one of them and honestly, if you already have been in one, the other underground city will be pretty much the same. There are few Open Air Museums where you need to pay an entrance fee. In my opinion, you can see plenty more beautiful things outside then there, so check the pictures first and decide by yourself if you’re interested in going in.

It is very popular among the tourists there to rent an ATV and go exploring with it. I wouldn't recommend it for the closest destination because you can simply walk to them and I think it will be better, for you and for the environment. For longer distances, it might make sense and the guys renting them are really nice. I got a ride on ATV hitchhiking once :). A balloon flight is the other must do on your list. Usually, you will be charged 100 euros but if you don’t want to spend so much, you can get it for 50 euros. There are plenty of companies operating at the first price, but there are guys which sell their tickets mainly to locals. The reason is their staff doesn’t speak English. The thing that you can do is to ask someone in one of the shops all around you to make a reservation for you. The name of the company is Grupanya, search for it and you will find their website. The staff will find your number in WhatsApp once you have contacted them and you can tell them your name and where to pick you up. The flight itself is the same quality and your smile will be the biggest one on the balloon :) Note: it's very cold flying even in the middle of the summer, so wear at least a sweater and enjoy. Contact me if you need more information. Thank you for reading and upvoting! :)

Hey @metalbrushes :) nice to meet you, I will check it out. Will stay in touch :)

That was a fantastic log of your journey! I thoroughly enjoyed reading through it as well as seeing the pictures!

Thank you very much :) I tried to give the best advices :)

I don't know that one

Very good post about your travel to turkey. Love the photos too... Thanks so much for sharing :)

Vow what a view. I like hot air balloons :)

Then you should probably go there :)

hey best trip eva thanks for shearing you awesome trip with us so gonna follow:)

wow! Thanks for posting this! Your trip looks amazing, I will be adding this to my travel list!!

The @OriginalWorks bot has determined this post by @best-trip-eva to be original material and upvoted it!

Thanks, the natural beauty is the best :)