This week, @hkjn and I moved from Sweden, having lived there for a little more than three years. We had a good life in Sweden, having owned a house on the High Coast of Sweden, hanging out with old friends and family, making new friends and growing professionally. Saying good bye to Stockholm was not particularly hard, at least for me, who felt somewhat deprived of the Sun during my stay there. We are starting our digital nomad lifestyle with the first stop in Barcelona. We are planning to be on the road for several months so we took all that we need in our backpacks. As usual, I packed too much despite my efforts to be minimalistic. @hkjn suggests getting a smaller backpack for me or the temptation to cram stuff is too great:). 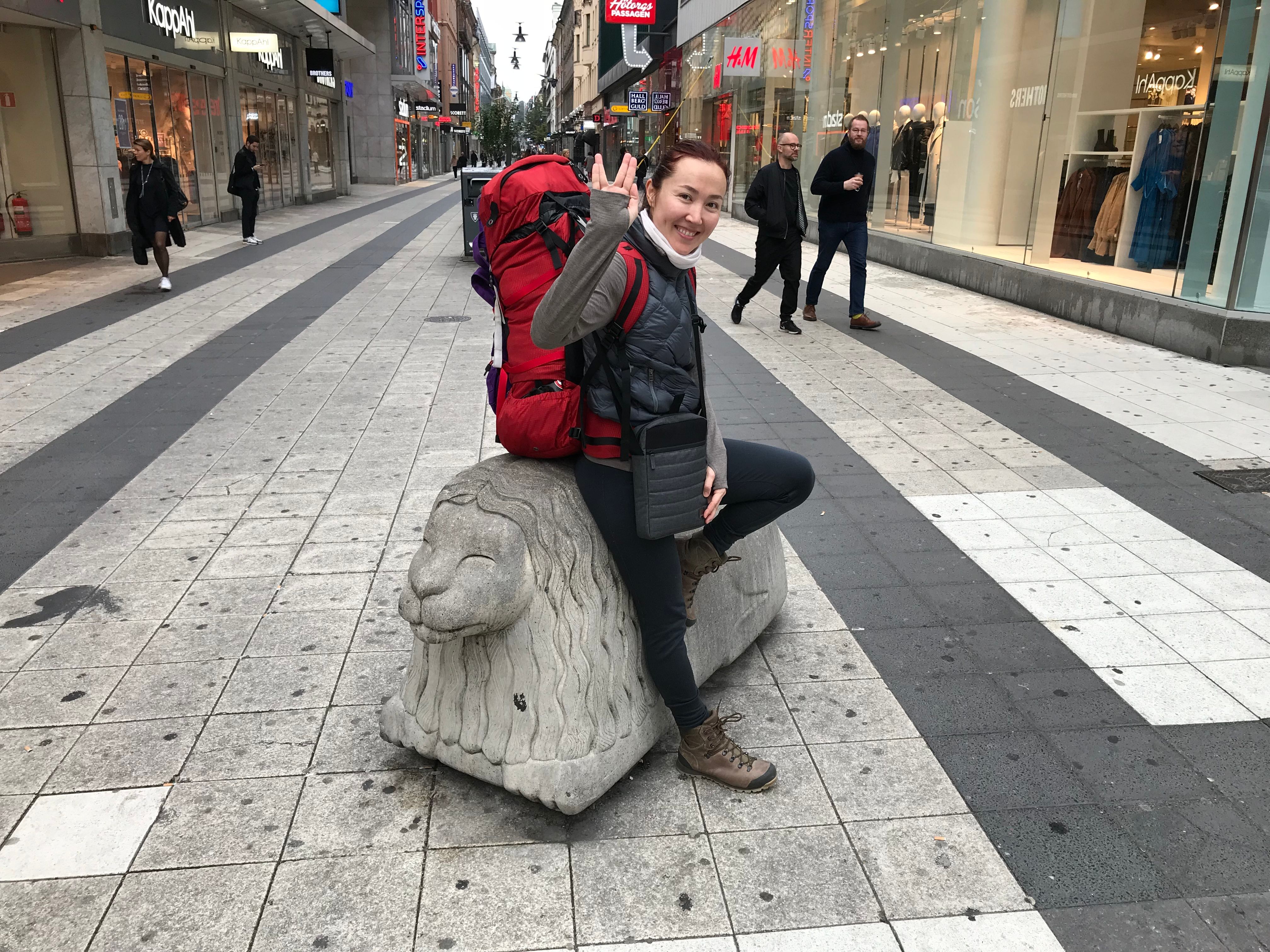 When we arrived in Barcelona, it was warm and sunny, and we promptly switched from sweaters, jeans and boots, to T-shirts, shorts and sandals. The atmosphere in Barcelona was cheerful and positive. We saw Catalonian flags hanging from many balconies and a gathering of pro-independence people wearing flags and playing drums. There were some police cars but that did not seem to affect the locals much. Tourists, aromas of delicious food and pleasant chatter seemed to contrast the news coverage from other parts of the world. The next day, I swam in the Sea and lounged on the beach while @hkjn worked on his projects at a nearby cafe. The sea was suprisingly warm and calm while the beach itself was at times a cacophony of voices selling sangria, mojito, massages and beach blankets. 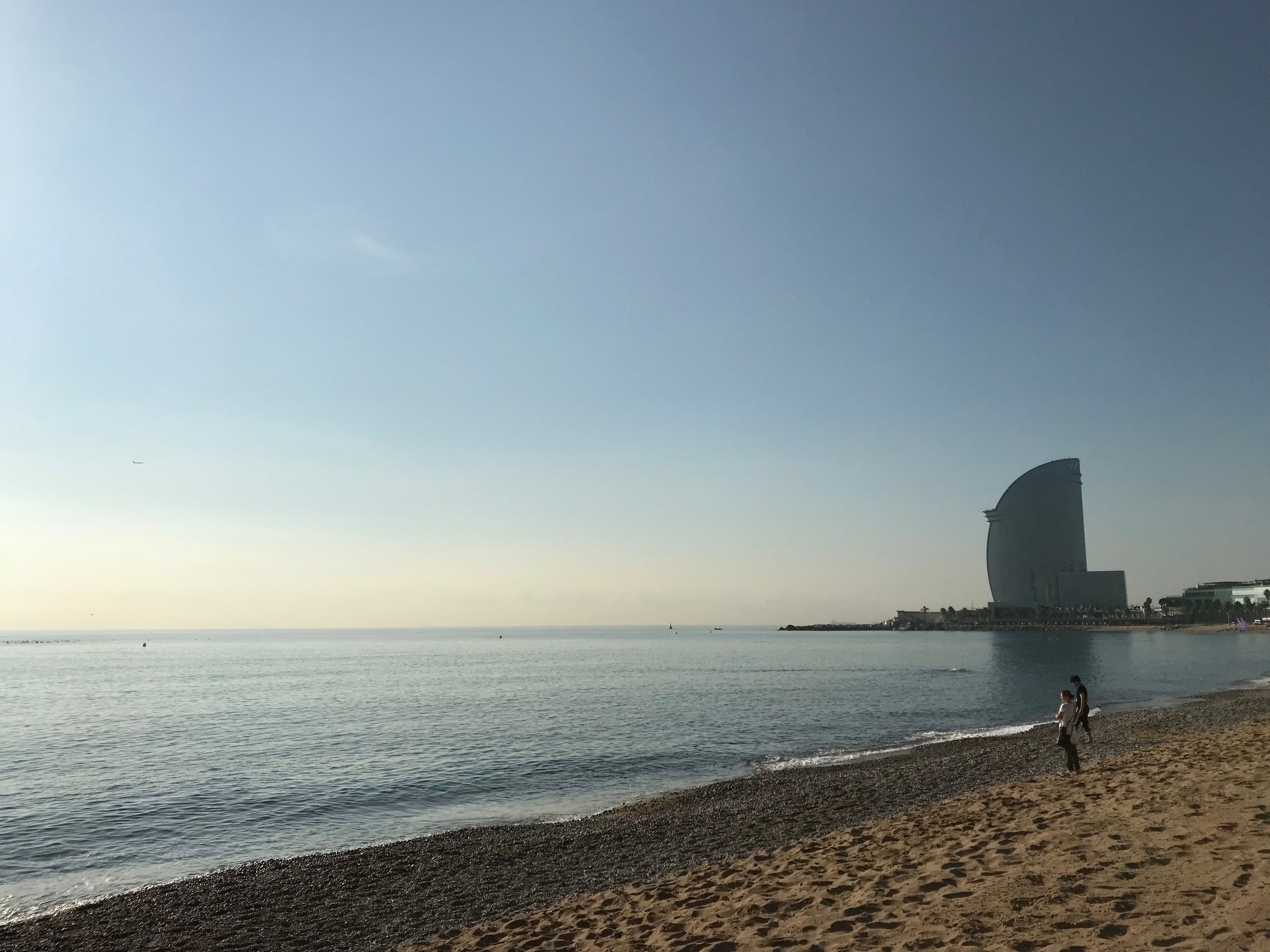 We explored the meandering streets of the Gothic quarter and, of course, had delicious tapas and cava.

During our exploration, we encountered beautiful street art that represented the spirit of the city. 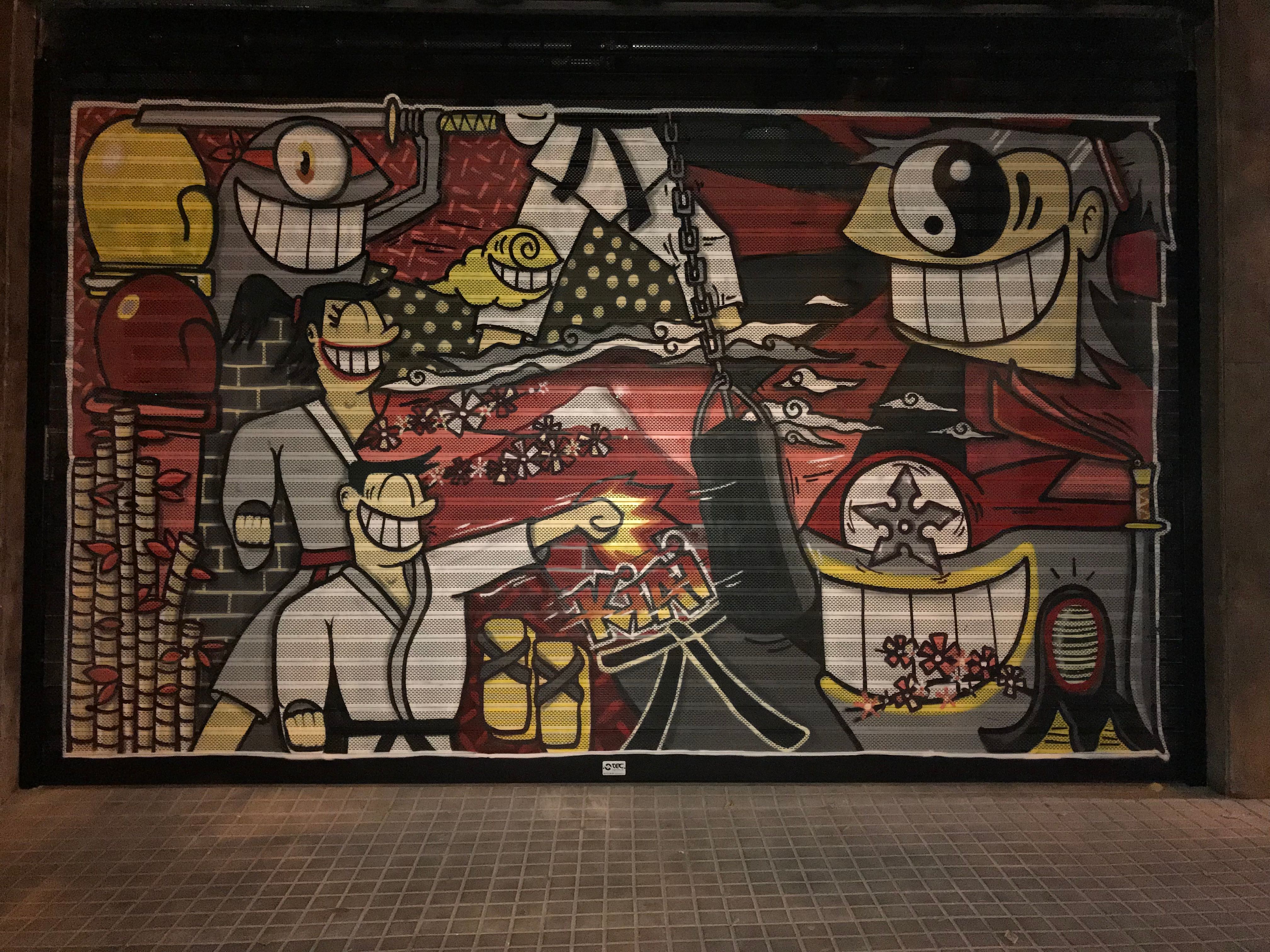 One particular chain of restaurants, El Glop, has been a truly amazing gustatory experience. We had two fantastic meals there during our first trip to Barcelona last September. Having had our first tapas at another restaurant, we decided to have our second dinner at El Glop Braseria. New surroundings & unusual city blocks with rounded corners added to the challenge of finding the place. Finally we found it an hour before its closing time, at midnight, and were properly rewarded with a feast. 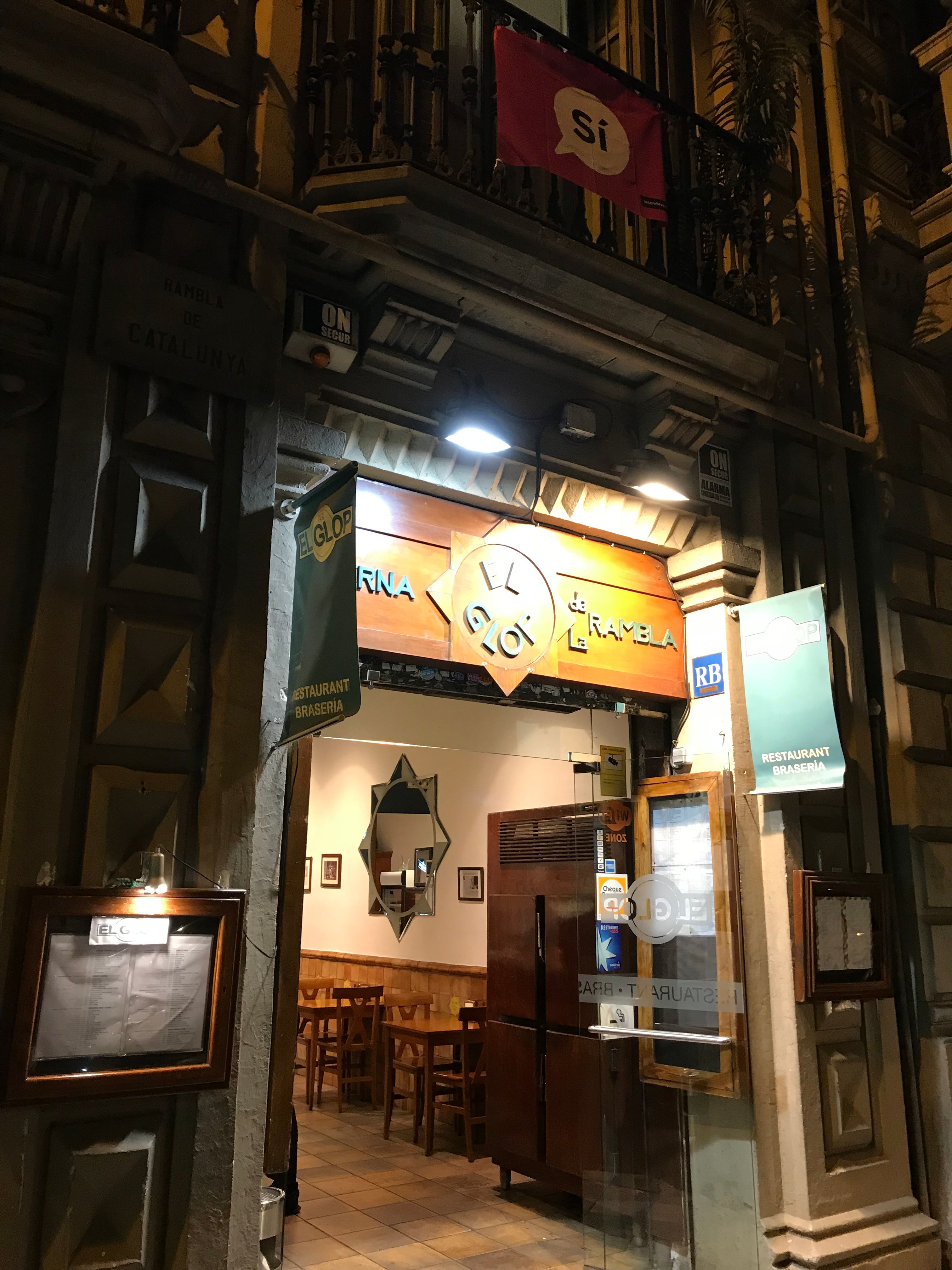 Their dessert, the tropical paradise, is the best dessert I have had in my entire life! It is so refreshing to see many restaurants and bars open late at night and people of all ages enjoying themselves on the warm September nights. One particular street, La Rambla De Catalunya, where El Glop Braseria is located, is full of great restaurants and bars situated in the middle of the street.

Apart from tapas and beaches, Barcelona is famous for its unique architecture. It is a creative playground for a famous architecht Antoni Gaudí who was the creative force behind La Sagrada Família, Casa Milà, Gaudí House Museum and other works that allure one with their flowing shapes. 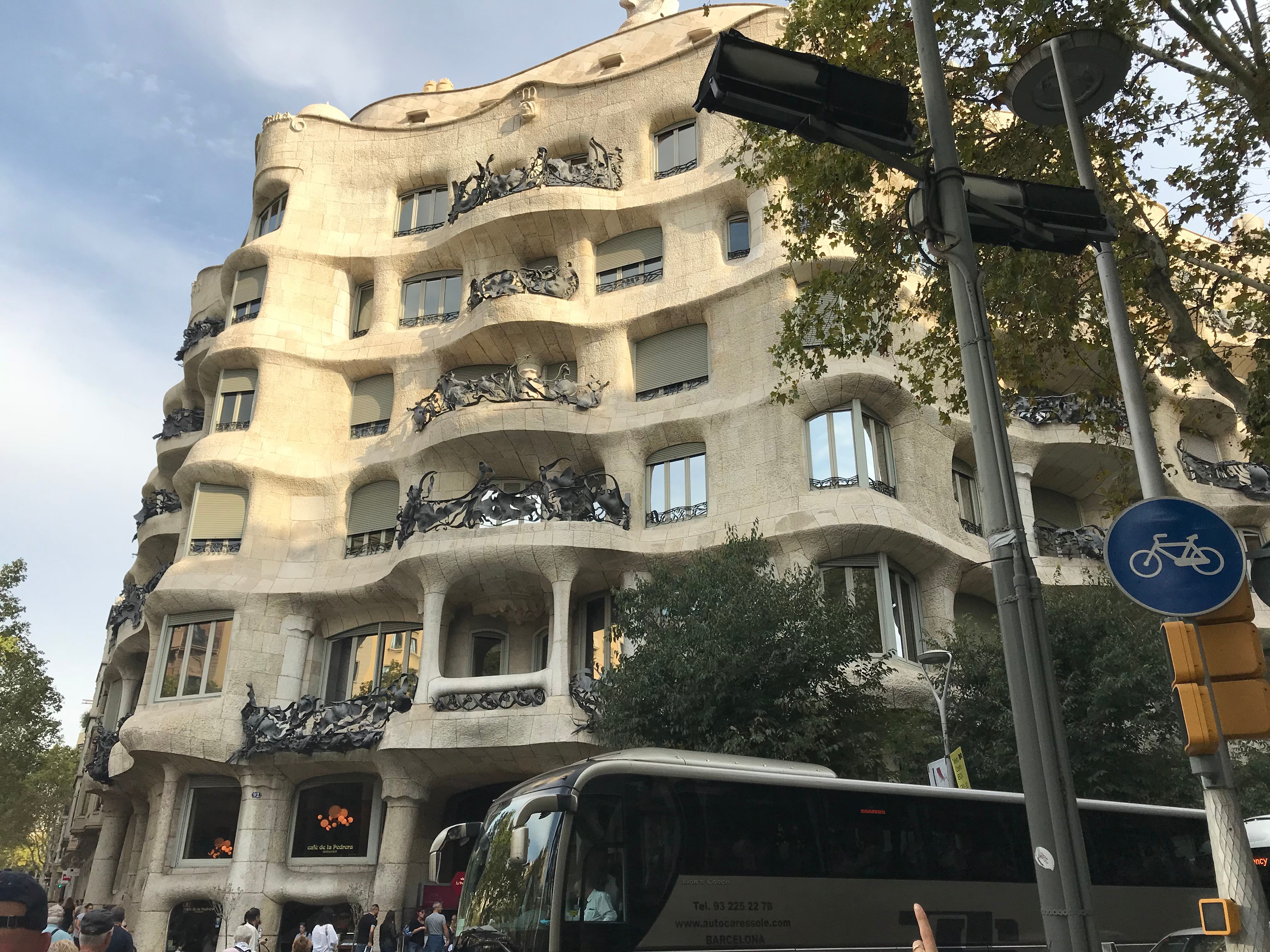 Tomorrow, we are planning to travel to Alicante by train and stay there a few days. We will definitely be back in Barcelona in the near future and are looking forward to exploring this amazing city further!

If you want to see more posts on travel, follow me and upvote! 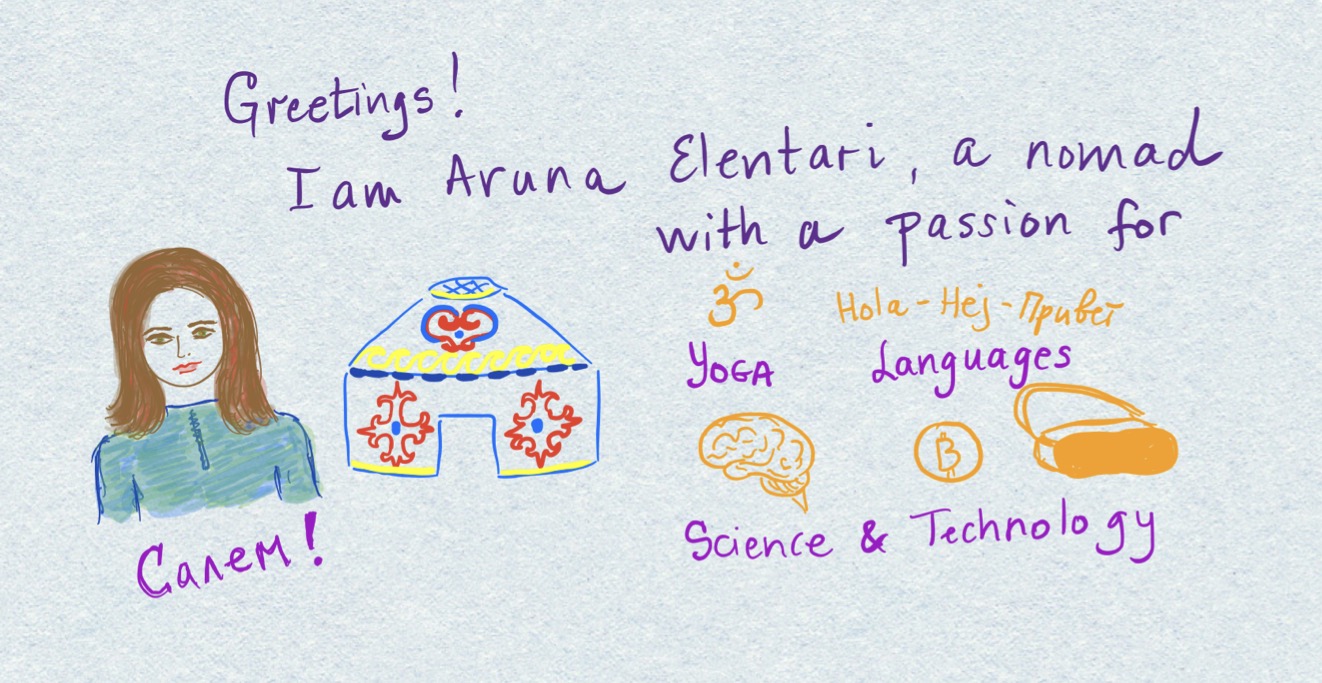 Everything so beautiful In Barcelona.... I want to meet soon.
Good travel

Barcelona is one of the best cities in Europe. Need to go there again soon. Great photos and thanks for sharing :)

inspiring Barcelona! thanks for sharing

I love the architecture

Me too! I am impressed by the variety of buildings, from older more classical architecture to more modern funky buildings. I particularly like Gaudi's organic achitecture which reminds me of a photo which Daniel Dennett likes to show in his presentations. It seems like Gaudi was inspired by nature: Wow, you are so right

It looks so beautiful! How long did you stay in Barcelona?

We stayed there for three nights. We are leaving today for Alicante. Trying to get a few warmer days to swim in the sea as it is getting slightly colder here. There are trains from Barcelona Sants station going to many big cities, even Paris:).

That sounds amazing! What was your favorite part about Barcelona?

There are so many things that are wonderful about this magical city, it is hard to choose on favorite thing. I guess food, especially tapas and cava:). Last year we went to a flamenco performance which was amazing! The Gothic quarter is great too!

Very cool! May I ask what is tapas and cava?

Congratulations @arunaelentari, this post is the most rewarded post (based on pending payouts) in the last 12 hours written by a User account holder (accounts that hold between 0.1 and 1.0 Mega Vests). The total number of posts by User account holders during this period was 1560 and the total pending payments to posts in this category was $3248.59. To see the full list of highest paid posts across all accounts categories, click here.

Barcelona is my second favourite city in the world :) If you get the chance, jump on the train to Andorra and visit the thermal pools, they're amazing!

Thank you for the tips! I didn't know about the pools! Hope to visit Andorra on this trip!

Great pictures! I'd love to go to Barcelona to see the Gaudi buildings :)

love to see these images from Barcelona ! one of the best cities i visited

WOW! seems like you had a blast ! Wonderful pictures.

Lovely place and delicious foods. Would love to try that dessert. :)

We went to El Glop Braseria again yesterday and I had the dessert one more time! I think I overdid it this time:). It was delicious but one cannot recreate all best experiences at will:).

It wad a mango and coconut sorbet with fruits on top.

We enjoyed reading it allot! Barcelona is totally worth visiting, we've been there only once and only for one evening on our road trip to Morocco,but it was totally worth it. Great post!
You've been upvoted and followed by @ExtremeRomance

Thank you! Would love to vitist Morocco too:).

We hope you're going to visit it one day, because it's sooo beautiful. We're going to make few posts about Morocco, so stay tuned :)