How To Eat With Koreans: Top 10 Korean BBQ Etiquette Differences

I recently came back from eating Korean BBQ with some of my friends, those of which are not Korean (or even Asian) and it struck me how different eating at a Korean BBQ place is depending on if they are Korean or not. Here are the top ten differences I see when eating out at a Korean BBQ place with my Korean and non-Korean friends:

1. Koreans ONLY order 2-4 cuts of meat. Non-Koreans order a variety of meats and main dishes. Koreans will likely order samgyupsal (pork belly), Moksal (pork neck/shoulder), if you're adventurous: Gopchang (pork intestines), or Chadol (beef brisket). Non-Koreans will likely get a host of different meats and throw them on the grill until they cook. This is something my friend says in jest. He calls it "foot soup" (which he loves), but I doubt non-Koreans know the name of this soup. It is called Dwenjang (fremented soybean) Chigae (stew). Koreans like to eat this soup with fatty meat to cleanse their pallets. It is a delicious soup that is filled with vegetables, pork, seafood, garlics, onions, and fermented soybeans.

3. Koreans will work the air vents If it is a "real" Korean BBQ place, it will have these type of vents. Most Koreans will work the vent toward the smoke to fight the cloudiness of the meat fumes. Often times they will be attached to an accordian-like pipe that can be used to move and position the exhaust toward the smoke.

Tip: Some Korean BBQ places have seats in which you can "pop-off" the cushion to unveil a storage area for your coats or jackets as the smoke can cling on to your clothes afterwards.

4. Non-Koreans will dump all of the garlic on the grill 5. Koreans will put their chopsticks on top of their bowl/plate. The reason Koreans do this is because the food end of the chopsticks should never touch the table. Whether cultural ,or for sanitary reasons, Koreans like to keep things clean when eating with chopsticks.

6. Speaking of chopsticks, there is a correct way of using chopsticks. Believe it or not I've seen people use it the second way before, it was a Korean person actually ;)

7. Koreans will rarely eat at a place with no call button This little magic device should be in all restaurants. Just my opinion. (Yup, not even Anthony Bourdain could get away from the drinking.)

10. And when we have had enough Alcohol, we order more drinks. It's no secret that Koreans like to drink. No need for AA, it's all part of the culture.

Disclaimer: This was just a fun "top ten" but whether you go out with Koreans, or non-Koreans, the real tip here is to have fun, and make sure your have an Uber if you're drinking lots of Soju!

Recommendations (if you're in LA): I would say avoid a place called "Man-Na". In Korean it means "meeting place". The problem is that too many people are meeting at this restaurant and has been too "trendy". Koreans tend to avoid that place because of its popularity with the mainstream.

I would recommend [Kang Ho Dong Baek Jeom] (https://www.yelp.com/biz/kang-ho-dong-baekjeong-los-angeles-2) in K-town. It's popularity is exploding because it is a big franchise in Seoul, Korea that has been brought over to the US and is popular among young Koreans.

The highlight is the specially-made grill that collects the meat drippings into the sides (eggs, kimchi, etc). Makes my mouth water just thinking of it.

The magic button. I love that thing. The waiters totally ignore you until you press it, then they dash to your table.

The only other thing I could think of is shown by Anthony. The touching of the elbow/wrist when someone is pouring for you (sign of respect).

I love this post! I visited friends in Qingdao, China and they took me to a Korean bbq for my first time early this year. Now, I'll be better prepared on my Korean BBQ etiquette .

Wait... Have I always ordered wrong, or is the garlic not a normal thing? Number 4 has me thinking I've never ever been to a real Korean BBQ restaurant because I've never been served garlic to grill, and I normally only go to ones in Koreatown, except for the first one I went to that a Korean friend took me to in downtown LA. Grilled garlic sounds amazing though! That first one was different from all the others I've been to too, as they served a plate of shredded green onions in lieu of the usual salad I see at all the other places I've been to... I prefer the shredded onions :D

Now I'm hungry for Korean BBQ... I think a roadtrip might be needed in the near future!

Very Educational...you taught me something new as a Korean -American.
Up voted and voting my new joke will be appreciated:
https://steemit.com/jokes/@hanamana/joke-of-the-night-we-need-laugh-at-nights-too

Great stuff -- I had never heard any of this before. I love korean BBQ. Thanks for posting.

I love South Korea. I was there for 2 years and engaged within the Korean culture. When I say, that I am in love with Korean BBQ and Hot Bibimbap. Now I am hungry!!

wow. u got good impression about korea culture. i am Steemian teaching Korean in Seoul. if you are interested, would you be my follower?

No.6 the wrong way of using chopsticks is pretty funny.. seems like holding a knife ready to kill :D :D

I have a lot of Korean friends too and totally agree, Koreans drink A LOT! 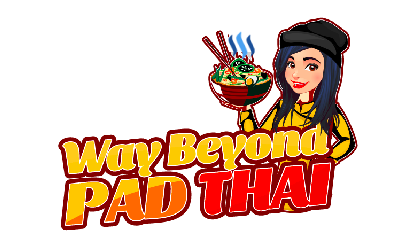 I think you know very well Koreans. You're right! I'm Korean but I don't use chopsticks in a correct way. It's different from your second picture above but anyway I can eat with my chopsticks. ;)